'It's impossible to turn away from this job': photographer Lynsey Addario on what drives her into danger

The most dangerous places on the planet exert an irresistible pull on Lynsey Addario, and the Pulitzer Prize-winning photojournalist has never shied away from shining a spotlight on victims of war and oppression despite the peril it puts her in.

The most dangerous places on the planet exert an irresistible pull on Lynsey Addario.

Over the past 25 years Addario has shot stunning images for publications including The New York Times, Time Magazine and National Geographic. Her photos have earned her a Pulitzer Prize and a MacArthur Fellowship.

They have also put her in perilous situations.

Addario has braved bullets and shelling in war zones.

She was detained in Afghanistan in 2001 while covering the Taliban.

During the Arab Spring in 2011, she slipped into Libya and was kidnapped after covering Gadhafi rebels on the front lines of the war there.

She had several close brushes with death in Iraq.

"I was so scared," says Addario. "There were mortars shot at us pretty consistently. We were living in bunkers."

Still, Addario has never shied away from shining a spotlight on victims of war and oppression. She says the work is her calling: 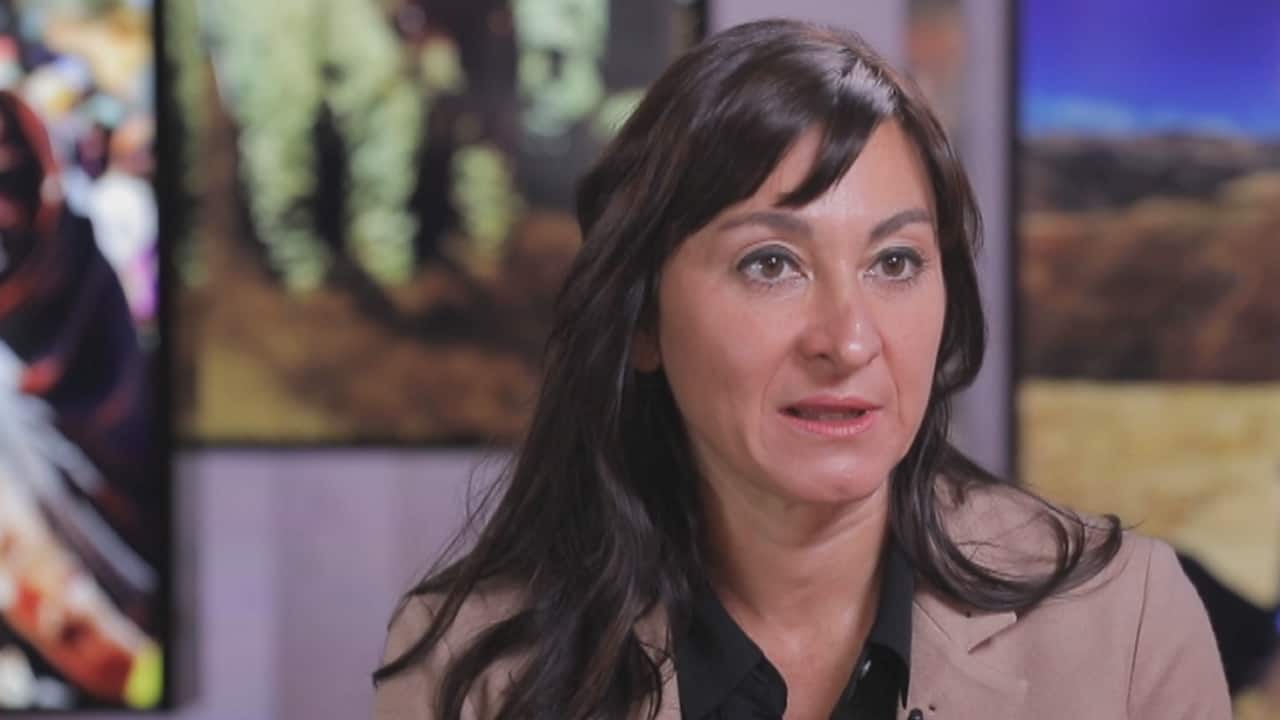 2 years agoVideo
0:19
Celebrated war photographer Lynsey Addario describes why she's drawn to capture images in some of the world's most dangerous places. 0:19

Addario recently published a book of 200 of her photos from the past two decades, called Of Love & War. The collection focuses on women in conflict zones around the world.

In an interview with CBC's The National, Addario shared images taken at pivotal moments in her career, and why they hold special significance for her.

Lynsey Addario graduated from the University of Wisconsin-Madison in 1995 with a degree in international relations and Italian. With no formal photography training, she started taking pictures a year later.

One of her earliest assignments was for The Associated Press, photographing transgender sex workers in New York City's meatpacking district.

She spent six months immersed in the community to show the human side of a group of people often sidelined by the city and its services.

"I think an image has to be subtle, but it has to tell a story," says Addario.

"I think, you know, we see so many images every single day that most people don't pay attention anymore."

One of her first forays into a foreign war zone came in 2000, when Addario travelled to Afghanistan while it was still under Taliban control.

At the time, photography in the country was illegal and women did not walk the streets alone. She focused her camera on the struggles of women there.

It was a theme and a country she would return to many times during her career.

She also took pictures of the faces of the conflict.

"We wanted to show the nature of the war in Afghanistan. We wanted to understand the battle," she says.

In 2003, Addario made her way quietly into Iraq while it was still under Sadam Hussein's rule. Once in, she found herself on the front lines of combat between an Al-Qaeda-backed group and Kurdish fighters.

She took photos of civilian casualties, U.S. troops, displaced people, and women mourning their husbands and trying to shelter their children.

In a letter to her mother from Iraq in 2004, Addario wrote, "I am still in Baghdad. I almost died yesterday, and the day before, and am tired and stressed …"

In 2011, Addario slipped into Libya to cover the Arab Spring.

She ended up on the front lines of combat again, this time capturing photos of the rebels fighting against Moammar Gadhafi's forces.

As the fighting intensified, Addario and a group of journalists she was travelling with were kidnapped. They were held for six days in awful conditions, beaten and assaulted before eventually being released.

After spending much of her life documenting the abuse and suffering of women during war, Addario said of her own experience: "Over the time of our kidnapping I was touched, I was groped, I was, you know, tied up, blindfolded, beaten up. But for me it was nothing compared to what the women that I documented went through."

Some of her most famous photos are in a series Addario did on birth-related mortality in Sierra Leone.

"I wanted to start creating a body of work that mattered, and something that was not assigned to me necessarily," she says.

It resulted in a spread in Time Magazine that told the story of one woman, 18-year-old Mamma Sessey, who represented the thousands like her who died during childbirth.

Addario was shooting photos of the delivery of Sessey's second twin, and was the one who alerted nurses and midwives at the hospital after the birth that Sessey was bleeding too much. The doctor at the hospital was unable to save her.

Addario photographed Sessey's death, and returned to her village to document her funeral.

"These are issues that torture me, but they have to be told because people need to respond," says Addario.

Addario has just had her second son, but motherhood has not slowed her down or affected the passion she has for her work. She says now more than ever, photographers and journalists have a responsibility to cover the world's conflicts.

"You know, we have a president in America who says journalists are the enemy of the people, everything is fake news," she says.

Watch Adrienne Arsenault's interview with Lynsey Addario from The National: 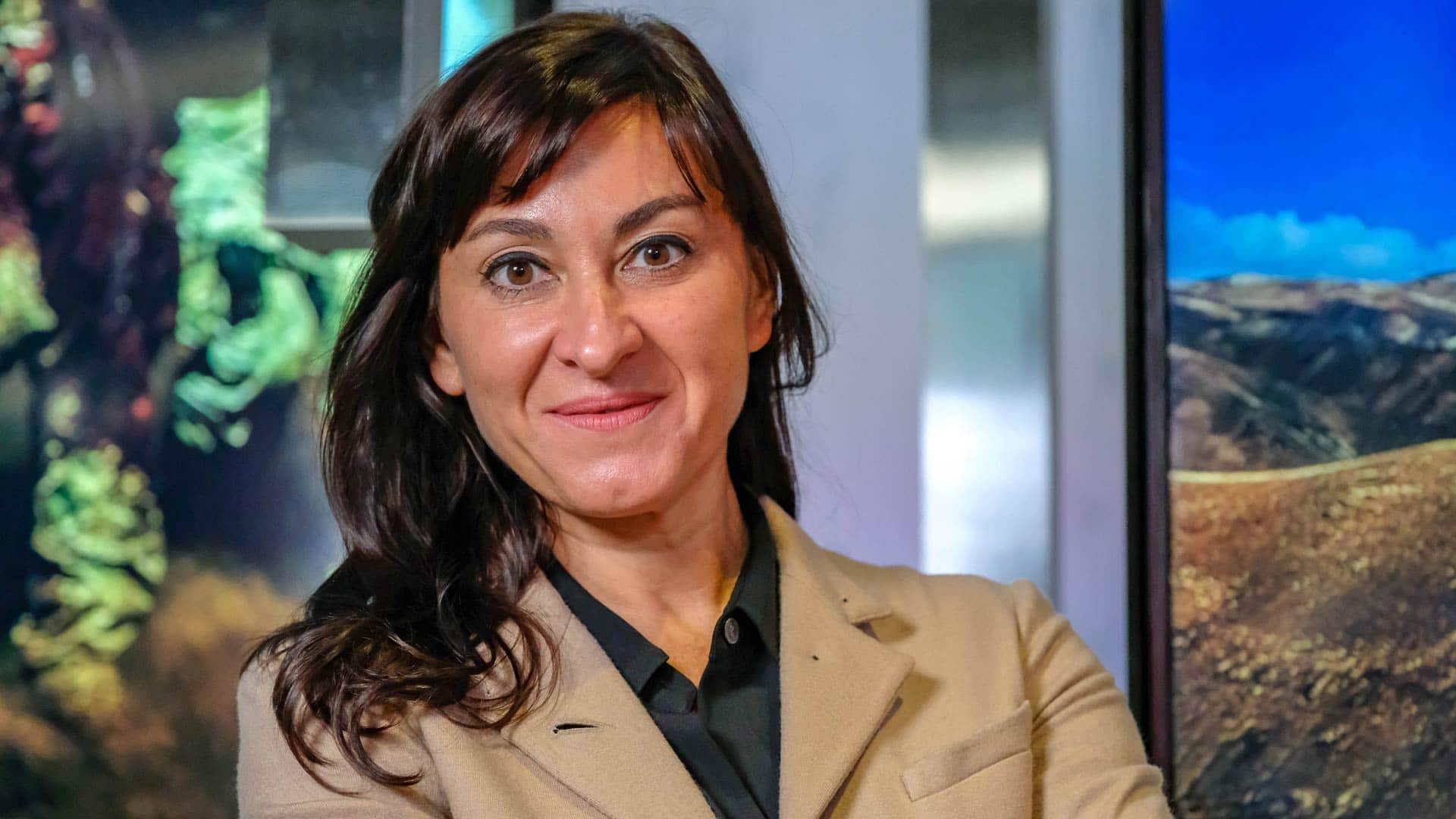 War photographer Lynsey Addario on what drives her into danger

2 years agoVideo
8:14
Pulitzer Prize-winner Lynsey Addario describes why she's drawn to capture images in some of the world's most dangerous places. 8:14