The outcome of November's U.S. midterms could affect local election results in Michigan for the next decade. It’s all because of push-back around a centuries-old American political practice known as gerrymandering, where politicians in power redraw electoral boundaries to give their party an advantage.

The outcome of the U.S. midterms is important in terms of the makeup of the current government, but for people in Michigan it's a vote that could also affect local election results for the next decade.

It's all because of a new focus on a centuries-old American political practice known as gerrymandering, where politicians in power redraw electoral boundaries to give their party an advantage.

It's controversial. And in Michigan, a twenty-something's indignation, a Thanksgiving dinner, and a Facebook post have made gerrymandering a midterm election issue.

It began just weeks after the 2016 presidential election and Katie Fahey, then 27, was anticipating a highly divisive holiday meal with family and friends in South Lyon, Michigan.

Though she suspected people would argue over who had voted for which candidate, she says, "I think people really wanted to come together, actually."

Seeking common ground, Fahey began to realize gerrymandering was an issue people in her circles could get behind, regardless of their political stripes.

As it stands, partisan gerrymandering is "completely gaming the system," Fahey says. "You don't have a sports team that is [also] their own referee in the game."

Fahey took to social media, posting that she'd like to combat gerrymandering in Michigan, where Republicans in power have been accused of designing the state's voting maps in their favour. She wrote, "if you're interested in doing this as well, please let me know."

People responded, on Facebook and elsewhere — thousands of them.

The group she founded, Voters Not Politicians, aims to take the power of designing voting districts away from politicians in the state legislature.

Her group has proposed a new system that would see a commission of 13 citizens charged with designing non-partisan electoral maps in the state.

More than 300,000 people signed a petition in favour of the idea, and now, when people in Michigan fill out their midterm election ballots, they'll get to vote on the proposal.

But with an election cycle that has been dominated by high-profile matters in Washington, a complex topic like gerrymandering can be a tough sell.

"It's not an issue that people sit around the breakfast table discussing," Fahey admits.

So, in the lead-up to voting day, the group is focused on getting the word out.

Pearl Thomas is among 1,300 volunteers going door-to-door on behalf of Voters Not Politicians.

"I really didn't take it seriously until I realized it was affecting my vote as a voter," she says. "That really made me a bit angry."

Thomas and others have been canvassing in and around the 14th Congressional District, which snakes bumpily across the state in a way that is believed to "pack" Democrats together, keeping them from voting in neighbouring Republican districts.

But while the ruling Republicans have been accused of gerrymandering in Michigan, Democrats have been called out for using similar tactics in states where they hold power, like Maryland.

That's why Fahey believes gerrymandering is a concern that extends beyond political parties.

She says the Voters Not Politicians campaign has provided "a way where you can talk to your neighbour even if you do disagree about which political party you're for."

Despite this, Fahey's anti-gerrymandering movement hasn't received unanimous support in her home state. The ballot proposal faced a legal challenge early on, put forward by the Michigan Chamber of Commerce. Voters Not Politicians won the case, but the group continues to have its critics.

Local conservative talk-show host and Detroit News editor Nolan Finley questions whether the proposal is truly nonpartisan. "It looks to me like a way to get Democrats an advantage in the redistricting process."

Finley points to a $250,000 US contribution Voters Not Politicians received from the National Democratic Redistricting Committee, a partisan anti-gerrymandering group fronted by Democrat and former Attorney General Eric Holder.

"I don't think it serves the best interest of the Michigan people," Finley says.

Since gerrymandering could stand between the Democrats and midterm success in some states that have Republican-held legislatures, local efforts to stop the practice could help the Dems.

Fahey insists, though, that her group is non-partisan, pointing to support they have received from former Republican Governor Arnold Schwarzenegger. As Governor of California, Schwarzenegger backed a successful push for a redistricting initiative to end gerrymandering in that state. And he attended a "Terminate Gerrymandering" rally in Michigan's capital, Lansing, last week.

Fahey says the group has also seen opposition from some Democrats who would like the opportunity to gain control of the legislature and gerrymander themselves, once in power.

And some worry that the allure of gerrymandering will only get stronger unless the practice is stopped outright, because advances in data technology could make it an even more precise process in the future.

According to University of Michigan professor Lija Hogan, upcoming redistricting efforts will likely incorporate data gathered from social media. That could allow those in charge of drawing voting districts access to more voter information, such as, "what people have liked and preferred" or even "the types of ads that they've been exposed to," she says.

Hogan supports the Voters Not Politicians ballot initiative and hopes they can reshape the system before the 2020 U.S. census prompts a new redistricting process.

Should the proposal not win over enough voters at the polls on Nov. 6, Fahey intends to press on.

"I think, if anything, we've helped mobilize" and raise the issue of gerrymandering, she says.

When redistricting begins two years from now, she adds, "many more people will already know about it."

- With files from David Common

Watch David Common's story on gerrymandering in Michigan from The National: 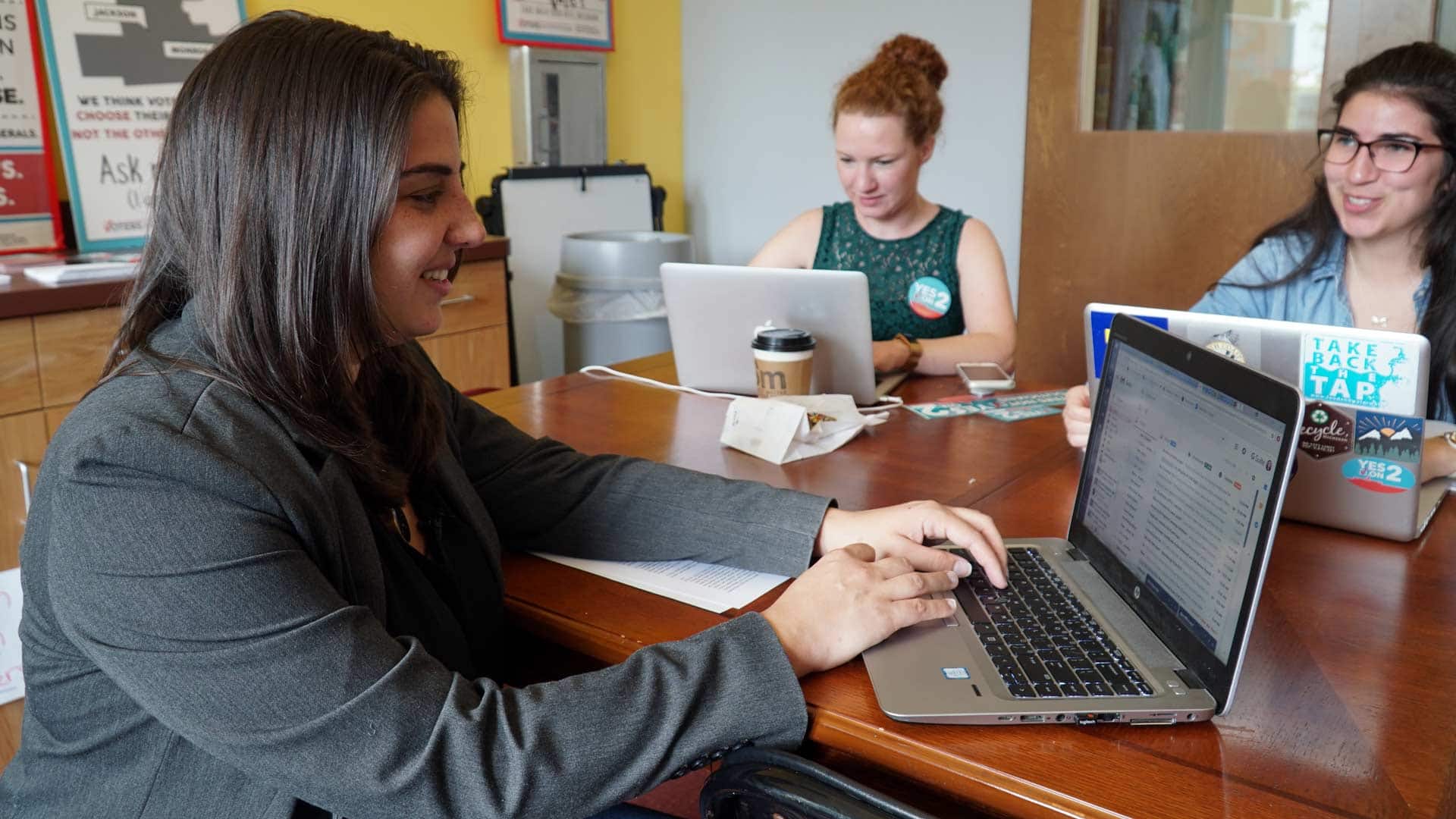 Fighting gerrymandering in the U.S. | In-Depth

2 years agoVideo
11:49
CBC's David Common travelled to Michigan for an in-depth look at the practice and speaks to a group of citizens trying to stop its use. 11:49

Sarah Bridge is a CBC journalist based in Toronto. She has worked as a producer, writer and reporter at CBC bureaus across Canada since 2008.

With files from David Common