Marine Le Pen now officially speaks on behalf of the millions of angry French citizens who voted for her insular, nationalist idea of France. That will carry formidable weight.

After the election, far-right leader officially speaks for millions of unhappy French citizens

After the election, the far-right leader now officially speaks on behalf of the millions of angry French citizens who voted for her insular, nationalist idea of France.

That will carry formidable weight in future, the kind that may not translate into elected office but can nevertheless no longer be brushed aside as France's forgettable fringe.

One of Le Pen's deputies said Monday she is well positioned to act as France's leader of the opposition — a role for which she's had ample training.

In short, even without the crowning she so desperately sought, the unprecedented, now-tallied-up support behind her — about a third of France's voters — guarantees Le Pen an elevated, even starring role in the country's next political chapter — and crucially, Europe's too.

"I want to have a word for those who voted for Madame Le Pen," Emmanuel Macron said last night in acknowledgement. He won 66 per cent of the vote, versus 34 per cent for Le Pen.

"I respect them, but I will do everything I can in the next five years so that no one ever has a reason again to vote for the extremes."

It is a promise that may be appealing in tone, but in practice will be daunting to implement.

To many accolades, Macron's centrist ideas, shored up by the overt hopes of European and international actors, have stemmed the populist tide before it reached the Elysée Palace.

But the draw to populism here — left or right — isn't a temporary condition to be cured simply with a dose of centrist, pro-EU, flag-waving optimism.

It is too entrenched — rooted in real-life disappointment, even despair, with the status quo, and with the Pablum of French politicians who talk a good game but seem unable to renew faith in the political system as it stands.

It is bitterness honed and shared with family, friends, whole neighbourhoods, and bottled into the potent political punch that is Le Pen.

Johan Hufnagel, deputy director of Liberation newspaper, said while failing to reach 40 per cent support was a big let down for Le Pen and her party, "she already has won. It's not because she installed herself at the Elysee palace …She won the minds."

But while she may be the most powerful now, she isn't the only keyholder to France's discontent.

Many far-left voters who cast a ballot in the first round withdrew altogether in the second. Many of them are economically disadvantaged. Many of them live in France's forgotten suburbs, with no one who truly represents or speaks for them on the national level.

One of Macron's many challenges will be reaching to the one in three French citizens who, either through abstention or a blank ballot, didn't choose either candidate in last night's election.

Both phenomena reached record levels (25 per cent and 11 per cent respectively, Reuters reported) and dealt a blow to democracy in a country normally accustomed to high voter turnout.

"Many people today are not only fed up, they are not just disappointed: they are on the eve, on the brink, of seceding from society," Jean-Yves Camus, co-author of Far-Right Politics in Europe, said in a recent interview with CBC News.

That prospect does little good for a democracy facing a multitude of dangers.

One is the concrete threat that someone, somewhere actively seeks to undermine the democratic process in yet another Western, NATO country through cyberspace. The hack of Macron's En Marche! movement emails revealed at the very end of the campaign, is yet another ominous sign of that.

Another is the bitter political divisions that make enemies of fellow citizens and wars out of ideological argument. Ugly wars, in which people have been called out for fundamental characteristics such as their origin, race, and sexual orientation.

No surprise the crowd Monday night at Macron's historic rally at the Louvre was so diverse — a reflection of Paris, at least, and France's other cosmopolitan cities. The safety of the "big-tent" of the centrists was clearly as significant a driver for Macron's support here, as was fear of intolerant rule under Le Pen.

But Le Pen did get close, and that drove an untold number to block her.

Last night, she acknowledged that her party required an overhaul, 44 years after it was founded by her father, Jean-Marie Le Pen. There's even word she is considering changing the party's name.

But she said she would be leading the "deep transformation" it requires herself, and invited "all patriots" to join.

She remains in direct competition with Macron — and others after him — for the disenchanted who didn't vote.

Macron's extraordinary win — shattering the binary left-right political system — actually now paves the way for a future Front National to win. All the more so if he fails to alleviate the factors behind the rise of populism, and the wider discontent. 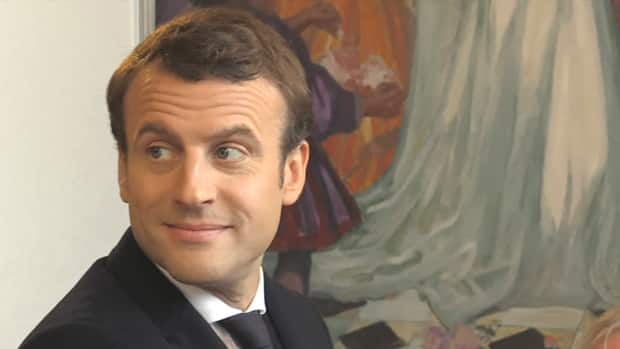 4 years agoVideo
3:24
For those who fear a rising nationalist right, France's president-elect Emannuelle Macron is a relief, but for others, he's the creature of a crumbling status quo. 3:24

Strangely, and dangerously, but surely, Le Pen and Front National have become of the mainstream they seek to destroy.