Myanmar denies accusations it's trying to drive out Muslim minority, saying it is only targeting militants

UN investigators have started collecting testimony from fleeing Rohingya Muslims pointing to human rights violations by Myanmar's military and security forces, the head of the fact-finding mission said on Tuesday.

Marzuki Darusman said his UN team was still trying to get Myanmar's permission to enter the country, but was gathering evidence from refugees and medics in the border town of Cox's Bazar in neighbouring Bangladesh.

Darusman's team started its work in August, the month that attacks by Rohingya Muslim insurgents in Myanmar triggered a military response that has forced more than 421,000 Rohingya into Bangladesh in the past month.

Myanmar has denied rights groups' accusations that it is trying to drive the minority community out of Rakhine state, saying it is only targeting militants. 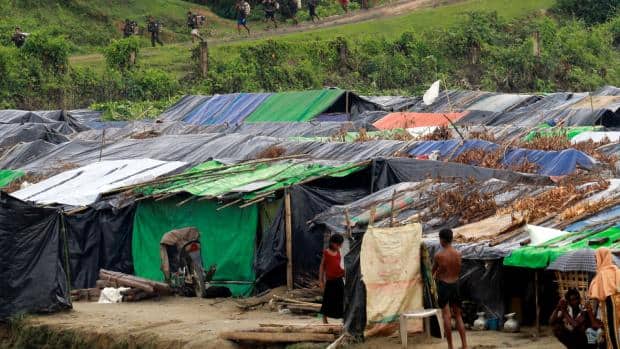 Stuck in no man's land between Bangladesh and Myanmar

3 years ago
0:40
Thousands of Rohingya refugees squat in misery with nowhere to go 0:40

"Initial information has been given that some of the allegations that have been spelled out in the resolution are reflected in the initial findings of the team in their interviews," Darusman told reporters.

"What they have come up with reflects in general the reporting of the international media so far on what is happening there."

The UN Human Rights Council's resolution to set up the fact-finding mission mandated Darusman's team to look into "alleged recent human rights violations by military and security forces and abuses in Myanmar, in particular in Rakhine State."

The international media has widely reported on the plight of the Rohingya and their accounts of persecution by Myanmar's military and security forces, which the UN human rights chief has referred to as a "textbook example" of ethnic cleansing.

Initial findings would be released within about 10 days, Darusman said. His team was supposed to deliver its full report in March, but Darusman told the Geneva-based Council that timeframe was "utterly insufficient" and asked for a six-month extension.

"Proportionate security measures targeted only on terrorists are being taken to safeguard our state security, and to restore law and order," he said.

"We continue to believe that instituting such a mission is not a helpful course of action in solving the already intricate Rakhine issue with daunting challenges."

About a million Rohingya are believed to have lived in Myanmar before the latest wave of violence, mostly in Rakhine state.

Their history in the area can be traced back more than 500 years, according to the New York-based Council on Foreign Relations. Despite that, many in the majority Buddhist country view the Rohingya as illegal immigrants from Bangladesh.

Chris Lewa, the founder of an advocacy group called the Arakan Project, has reported a pattern of increasing human rights abuses against the Rohingya in recent years.

The current exodus isn't the first time the Rohingya have had to flee in large numbers. Hundreds of thousands left in 1978 and again in the early 1990s, to avoid military and government oppression, though policies were later put in place that allowed many to return.

Communal violence in 2012, as the country was transitioning from a half-century of dictatorship to democracy, sent another 100,000 fleeing by boat.

Some 120,000 remain trapped in camps under apartheid-like conditions outside Rakhine's capital, Sittwe.