"In this court's view, with one exception, the State has met its burden of showing probable cause that warrants proceeding to trial against each of these defendants on each of the criminal charges the State has filed against them," Cahill wrote. He said it will be up to a jury to decide whether the officers are guilty.

Floyd, a Black man who was in handcuffs, died May 25 after Chauvin, who is white, pressed his knee against Floyd's neck as Floyd said he couldn't breathe and became motionless. His death sparked protests in Minneapolis and beyond, leading to a reckoning on issues of race and police use of force.

All four officers were fired.

Prosecutors argued there was probable cause for the officers to go to trial on all of the charges, saying Chauvin intentionally assaulted Floyd, which is an element of the second-degree murder charge, and that the other officers assisted.

Prosecution, defence differ on role of drug use

During the entire time that Floyd was pinned to the ground, "the officers remained in the same position: Chauvin knelt on Floyd's neck, Kueng and Lane remained atop Floyd's back and legs, and Thao continued to prevent the crowd of concerned citizens from interceding," prosecutors said.

The officers ignored Floyd's pleas to stop, cries from the concerned crowd, and their own training, prosecutors said. 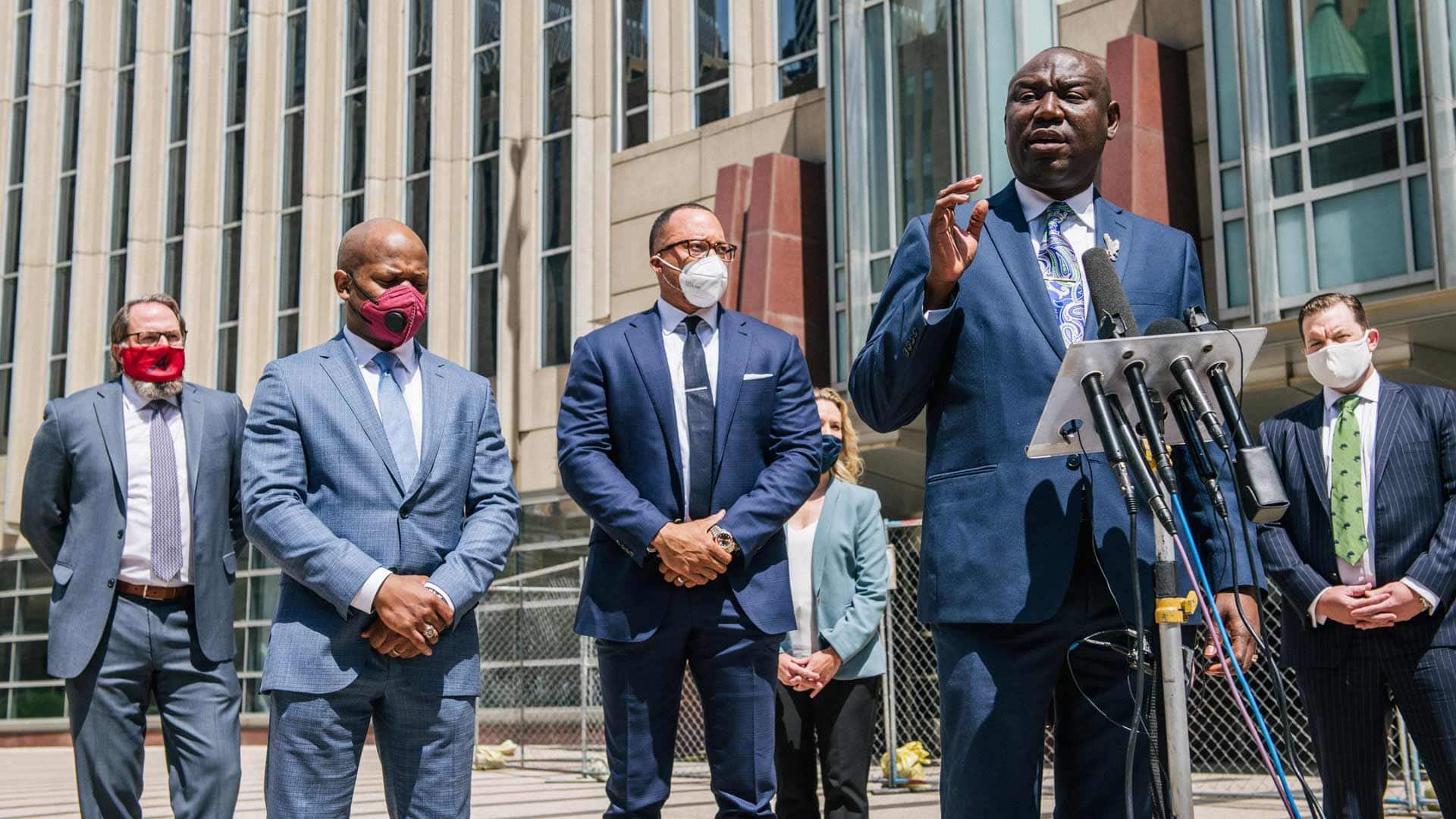 5 months agoVideo
4:19
George Floyd's family has filed a lawsuit against the City of Minneapolis and the four police officers charged in his death. 4:19

Defence attorneys had argued that there was not enough probable cause to charge the former officers. Chauvin's attorney said his client had no intent to assault or kill Floyd, while attorneys for the other officers argued that their clients did not intend or conspire to help Chauvin.

The defence has also argued Floyd's drug use was a factor in his death, with Chauvin's attorney, Eric Nelson, saying Floyd most likely died of "fentanyl or a combination of fentanyl and methamphetamine in concert with his underlying health conditions."

The county medical examiner classified Floyd's death as a homicide, with his heart stopping while he was restrained by police and his neck compressed. A summary report listed fentanyl intoxication and recent methamphetamine use under "other significant conditions" but not under "cause of death."

According to prosecutors' notes, Hennepin County Medical Examiner Andrew Baker told prosecutors that absent other apparent causes of death, it "could be acceptable" to rule the death an overdose, based on the level of fentanyl in Floyd's system. A separate autopsy commissioned for Floyd's family concluded he died of asphyxiation due to neck and back compression.

The officers in the case as well as the City of Minneapolis also face a civil lawsuit as a result of Floyd's death for "compensatory, special and punitive damages."