'They failed me': How the promise of retraining U.S. coal miners came up empty

A program touted as an economic saviour for Appalachian coal country turned out to be riddled with problems and now faces a lawsuit from former students. One ex-student and employee says Mined Minds came to the region making promises like a soapbox preacher and failed to deliver.

Billyjack Buzzard was supposed to be the poster boy for the rebirth of a dying region.

Unemployed in 2017, the Appalachian coal miner thought he'd found the ticket that would see him become the last of seven generations in his family to work underground.

He joined a program called Mined Minds which came to southwestern Pennsylvania and West Virginia with a tantalizing promise for the economically depressed region: give out-of-work coal miners a new start by teaching them how to write computer code.

"I truly felt that this was going to be a saving grace," said Buzzard, who joined the program along with dozens of others in the two states.

But what was sold as a natural fit appears to have been anything but. A negative feature in the New York Times on May 12 thrust the program back into the international spotlight.

They come to a poverty-stricken state, made a bunch of promises like a soapbox preacher, and they failed. They failed me multiple times.- Billyjack Buzzard, ex-student and employee of Mined Minds

There is a lawsuit pending and dozens of former students and employees disillusioned by the experience with, they say, little to nothing to show for their time.

"They come to a poverty-stricken state, made a bunch of promises like a soapbox preacher, and they failed," Buzzard said. "They failed me multiple times."

In story after story, Amanda Laucher, who co-founded Mined Minds with her husband, recounted how she came up with the idea to help her brother Marvin Laucher, an out-of-work coal miner. She said the couple moved back to Pennsylvania from Chicago to start the program.

"[Miners] work really hard, and they're very diligent and very detail-oriented," she told CBC News back in 2017. "These team-oriented skills are really hard to find with software developers who go through the training on the traditional path."

The program ran from 16 to 32 weeks, and students were expected to commit up to 40 hours a week. At the end, students were promised work at Mined Minds as part of a four-month apprenticeship. After that, Laucher said, they would be ready to work alongside the best in Silicon Valley.

West Virginia Sen. Joe Manchin praised Mined Minds' work and it earned grants from local development groups. Mines were closing, costing thousands of jobs, even as U.S. President Donald Trump promised to revive the coal industry. Among the government grants Mined Minds received was a share in $ 1.5 million US from the Appalachian Regional Commission.

Watch report about Mined Minds when it originally aired on The National on June 2, 2017: 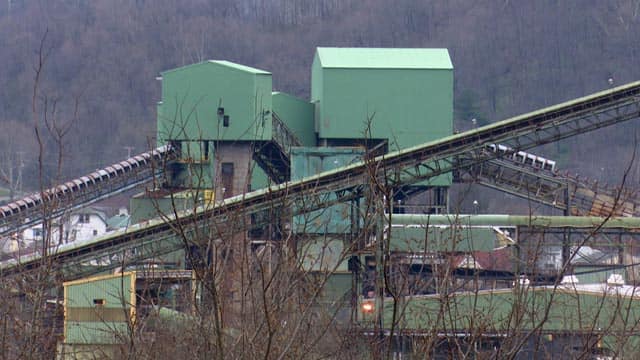 3 years agoVideo
7:04
President Donald Trump has been adamant in his desire to revive American coal mining, but the industry is playing a smaller part in the country's energy output and the potential workforce isn't waiting around. 7:04

Buzzard graduated from the program, did the apprenticeship and even became an instructor.

But then, in March, it all came to an end. He says he was fired without warning for an issue he disputes. He says his dismissal was a symptom of poor management that plagued the program.

"I will 100 per cent say that their management is horrible. There is no management there," Buzzard said.

Laucher disputes that. Without going into detail, she said he was warned three times over several months and fired for the fourth violation of company policies.

Buzzard, however, is not alone in his frustration with Mined Minds. Two former students launched a lawsuit in December 2017, claiming Mined Minds "acted illegally and dishonestly in their administration."

The lawsuit, filed by Ty Cook and Tori Frame, alleges that students were promised "monetary compensation" for attending the training. The lawsuit quotes Mined Minds founders as promising "as good or better than a college education."

Stephen New, one of the lawyers handling the case, says his clients allege that Mined Minds instructors were often poorly trained or just out of the program themselves and the program's creators guaranteed work that never materialized.

"I think that's probably the most egregious part of this entire thing: 100 per cent job placement," said New, who estimates at least 50 ex-students could join the class action.

The allegations contained in the lawsuit have not been proven in court and a date for a certification hearing has not been set.

In a statement emailed May 17 to CBC News, Laucher wrote: "I can't comment on the lawsuit other than to say it is without merit."

Back in 2017, Laucher told CBC News she was careful not to oversell because "there is a lot of skepticism ... lots of companies come into small towns and say, 'Hey, we're going to save the day.'"

Overpromising and not delivering

Lawyer New says Laucher convinced students she could open doors for them in Silicon Valley, though job offers and career help never materialized.

"She just really oversold what they were doing," he says, noting that it's not clear that anyone who left the program found work in the tech sector.

Same crazy lawsuit from 2017. No new developments. Why on earth would this mostly false story be published now? Everyone knows I can't comment on the case to a reporter. Read the depositions, check our financials, the facts are available.

For Buzzard, some of the promises materialized; some did not. He says he did come away with a solid understanding of programming languages. But he says he's yet to receive a certificate for completing the course.

He was one of those graduates who became an instructor, but says he was juggling that along with paid work for company clients and unpaid overtime he felt was expected of him.

Unlike what's alleged in the lawsuit, however, he says his classmates were never told they'd get paid, noting that he continued to work as a tattoo artist while attending Mined Minds to support his wife and three children.

He says, while they took different routes to get there, he's at the same place of frustration with Mined Minds as the students behind the lawsuit.

"You can't tell me that taking away two years of my time that could have been put to a degree isn't an issue," he said.

Even as Mined Minds was receiving international media attention, it was facing serious questions from regulators in Pennsylvania.

In May 2017, the state's Department of Education raised concerns that the coding boot camp was operating without a private school's licence and failing to meet basic standards.

By fall 2017, the Department sent a cease-and-desist letter. Rather than appeal, Mined Minds packed up operations in Pennsylvania.

Mined Minds' address is still listed as Waynesburg, Pa., though the website says it's no longer accepting new participants or clients.

Buzzard says, as far as he knows, there is just one class taking place in West Virginia, and it has just one student.

Laucher says Mined Minds is still operating, though she wouldn't confirm current staff numbers. She recently attended a tech conference in New York City where her brother Marvin was one of the speakers.

Back to the coal mine

Buzzard, meanwhile, hopes to put to use his coding and problem-solving skills, but good paying tech jobs in the region simply don't exist. So for now, he's returned to the only place he knows he can reliably support his family, underground in a coal mine.