Mike Bloomberg makes a high-priced pitch for Super Tuesday — and the U.S. presidency

Mike Bloomberg could be pouring up to half a billion dollars of his own money into his bid to win the Democratic Party nomination, but the former mayor of New York City faces a critical test on Super Tuesday in his run for the U.S. presidency.

Mike Bloomberg, the former mayor of New York City, is staring down a boom-or-bust vote on Super Tuesday in his bid to be the Democratic nominee for U.S. president.

And in doing that, he's trying to convince voters that in a battle between two New York billionaires, he could take down the current resident of the White House.

"I'm not afraid of Donald Trump," Bloomberg said at a campaign stop in Nashville last month. "He's afraid of me."

Bloomberg, who is funding his own possibly $1-billion US campaign, is shaking up the Democratic race with an unconventional run. He's polling third nationally among Democratic candidates without having been in any caucus or primary race yet.

"If you think my campaign is expensive, just consider what four more years of Donald Trump will cost this country," he told a Democratic dinner in Charlotte, N.C., Saturday night.

But after a disastrous first showing on the Democratic debate stage, weakening polling numbers, and Joe Biden's sweep of the South Carolina primary on the weekend, Bloomberg will have to win or come close in a number of primary states in the voting March 3 to keep his chances alive.

The current president likes to say he'd relish a matchup against Bloomberg.

"There's no one I'd rather run against than little Michael," said Trump, who loves to mock the former mayor's height of five feet eight inches.

He even shaves off inches for effect: "Mini Mike is a 5'4" mass of dead energy," Trump tweeted two weeks ago.

But there could be reasons to doubt that bravado.

The Trump campaign is "terrified because of the money," said John Ellis, a political columnist in New York.

The Trump campaign has raised hundreds of millions of dollars to finance his 2020 bid but Bloomberg could easily top that, said Ellis. Bloomberg is rated the ninth richest person in the world by Forbes, with a net worth of more than $56 billion US, and he's willing to use it.

"If you're going to get outspent six to one and you're Trump ... you're terrified. I mean, they say that they're not, but of course they are," said Ellis.

Bloomberg's strategy has been to skip the first four primaries and caucuses and instead pour hundreds of millions into advertising on television and on social media all over the United States. He's been concentrating on swing states in the 2020 election, where Trump has been campaigning for months.

In one week alone in February, Bloomberg spent $5.4 million on Facebook ads, 10 times that of the next Democratic contender, according to a Washington Post tracker.

He's already spent more than $500 million on digital, radio and TV advertising, according to data from Kantar Media's Campaign Media Analysis Group. All the other candidates combined have spent about $100 million.

Bloomberg has invested heavily in the 14 Super Tuesday states, where one-third of the delegates to the Democratic Convention this summer will be chosen. Two-thirds of Americans have already seen his ads, and he's moved up to third in an average of national polls.

But he's facing fierce headwinds inside the Democratic Party, where there are accusations that he is trying to buy the presidency, including from others vying for the nomination.

"We are a democracy, not an oligarchy. You're not going to buy this election," Bernie Sanders said at a recent campaign event.

"He doesn't need people, he only needs bags and bags of money," Senator Elizabeth Warren told a community meeting in Ankeny, Iowa .

She then savaged Bloomberg at his first debate appearance in Las Vegas, which was universally panned.

"I'd like to talk about who we're running against; a billionaire who calls women fat broads and horse-faced lesbians. And no, I'm not talking about Donald Trump. I'm talking about Mike Bloomberg," she said.

Warren forced him to confront non-disclosure agreements his company signed with an undisclosed number of female employees, effectively keeping their allegations of mistreatment or discrimination quiet.

Bloomberg's response was tone deaf to his audience.

"None of them accused me of doing anything other than … maybe they didn't like a joke I told," he said as the crowd booed. 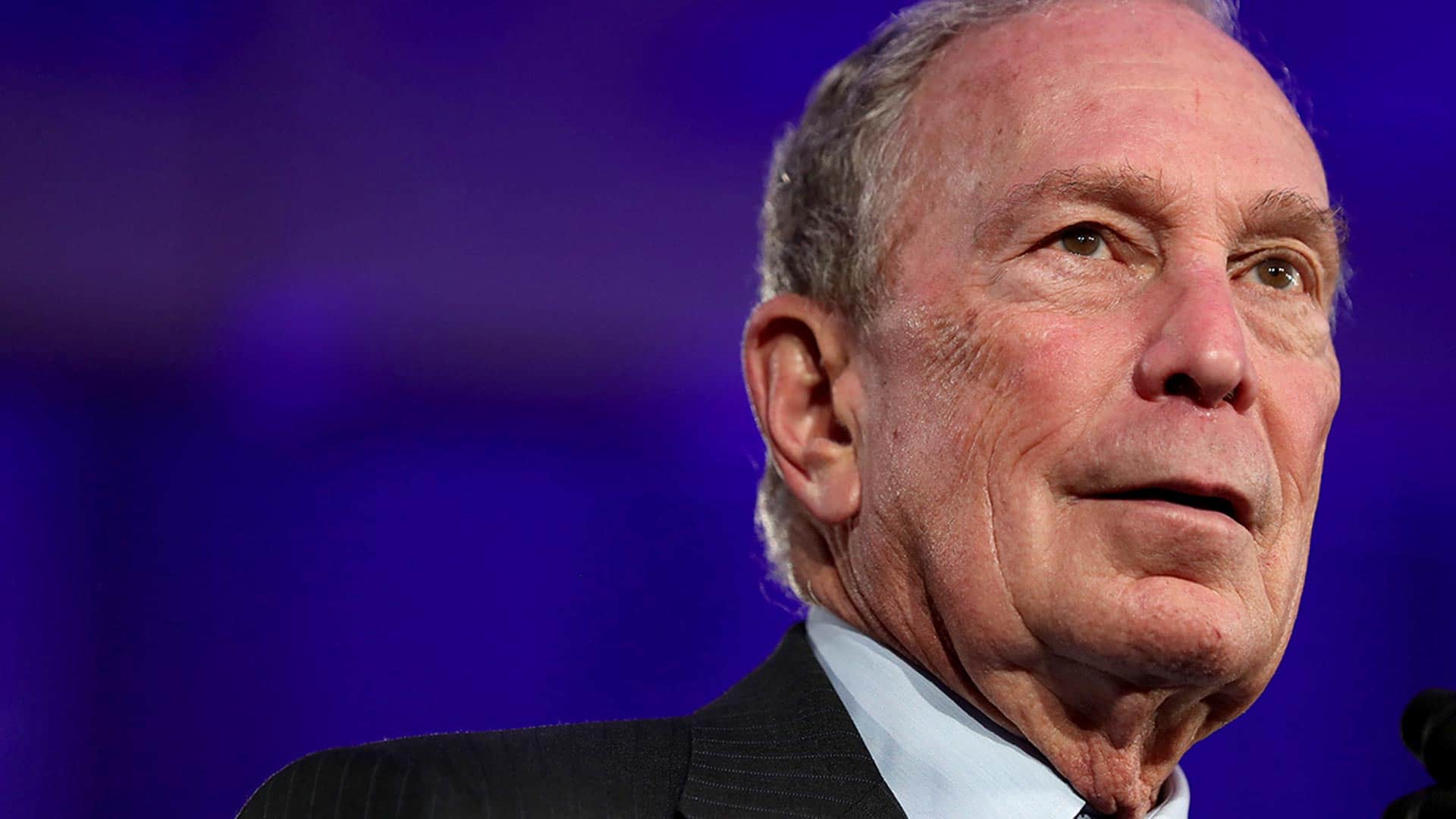 How Bloomberg disrupted the Democratic race

12 months ago
8:02
Former New York City mayor Mike Bloomberg disrupted the Democratic presidential candidate race with his big money campaign, but it could all end depending on how he performs on Super Tuesday. 8:02

In the weeks since he's tried to be self-effacing about his disastrous performance.

"I believe we need a leader who is ready to be commander-in chief, not college debater-in-chief," he said, drawing a cheer at the Democrat dinner in Charlotte.

Bloomberg was a late entry to the Democratic race. Political observers said he was waiting to see if former vice-president Joe Biden would surge. They share a politically more centrist platform.

When Biden faltered in the late fall, Bloomberg reconsidered. He's positioning himself as a centrist candidate who might attract disaffected Republicans and as an antidote to the current front-runner Sanders and his self-described democratic socialism.

But Biden has engineered a comeback with his strength in South Carolina, and Sanders has notched up the most delegates so far.

"The whole idea of a billionaire businessman trying to buy the Democratic primary when he basically got rich on Wall Street, and the Democrats are constantly playing this class warfare, it's going to make it real tough for these left-of-centre type primary voters to vote for Mike Bloomberg in a general election,"  said Jim McLaughlin, a Republican strategist who worked on Bloomberg's mayoralty campaign in 2005.

McLaughlin is now polling for the Trump campaign in 2020 and predicts a Bloomberg nomination would have dire consequences for the Democratic party.

"There will be a civil war inside the Democratic Party. I think the Bernie Sanders folks are already talking about if [Bloomberg steals] this from Bernie, they're not going to show up and vote. And that's a big problem."

Bloomberg left public office in 2013, but not the political arena, using his wealth to help fund tough Democratic races and campaigns for gun control, climate change and other causes.

But back in the race, he's had to face controversies flowing from his time as New York's mayor, especially his support of a policing policy called "stop-and-frisk" that disproportionately affected the black and Latino communities.

During his three terms as mayor,  police conducted more than five million stops and searches. A court ultimately ruled it was racial profiling and the practice has been modified.

Last November, just before he announced his run for the presidency, Bloomberg went back to a familiar African American church in Brooklyn to make amends.

"We eroded what we worked so hard to build: trust between police and communities, trust between you and me," he told the congregation.

Watch: A Brooklyn pastor talks about Bloomberg's visit to his church 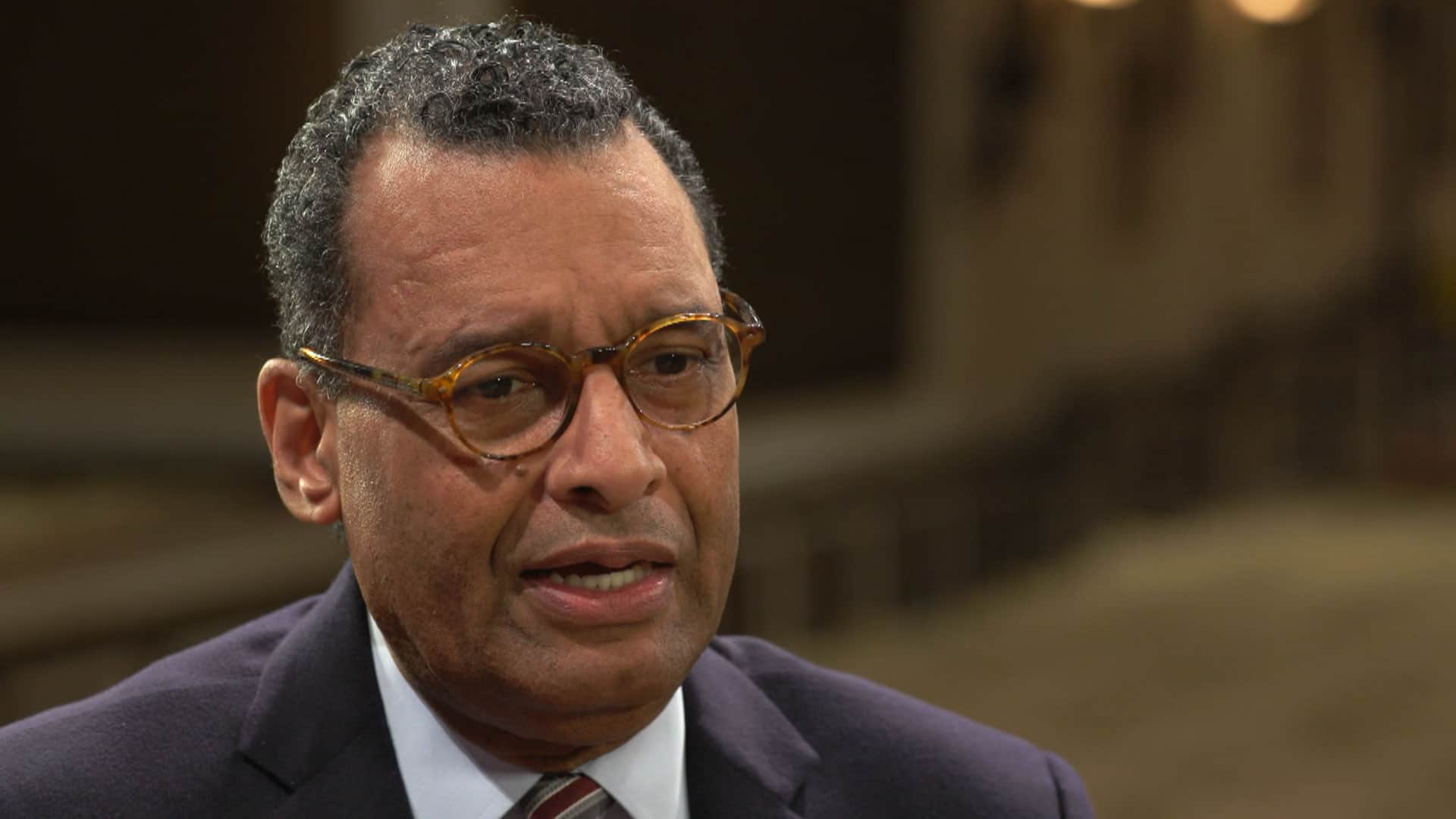 "I realized back then that I was wrong and I'm sorry".

Pastor Alphonso Bernard has known Bloomberg for more than 20 years.

"It was a warm, respectful reception because my congregation is taught: 'OK, we can forgive, but what are you gonna do about it?'

"How are you gonna make amends? Because this is what people of colour want to know. You're sorry. Now prove it."

But would they vote for Bloomberg?

"Well, you know, at the end of the day, blacks are going to have to decide who is the greatest threat. Michael Bloomberg or Donald Trump?" said Bernard.

Bloomberg and Trump both made their fortunes from headquarters in New York. They both have towers in Manhattan named for their companies.

The former mayor likes to say Trump may be in the White House but he's by far the more successful businessman.

But from the wary eyes of his competitors, Bloomberg's muscling his millions into the race further divides it.

In the Las Vegas debate, Democratic candidate Amy Klobachar quipped: "I don't think you look at Donald Trump and say we need someone richer in the White House."