Greek authorities have prevented thousands of migrants from entering Greece clandestinely by sea this year despite a recent lack of co-operation from the Turkish coast guard, the country's shipping minister said Wednesday.

Greek authorities have prevented thousands of migrants from entering Greece clandestinely by sea this year despite a recent lack of co-operation from the Turkish coast guard, the country's shipping minister said Wednesday.

Giannis Plakiotakis, whose ministry is also in charge of the coast guard, said arrivals were down 84 per cent since March 1, compared to the same period last year, while the reduction in the month of August stood at nearly 95 per cent compared to August 2019.

"Since the start of the year, the entry of more than 10,000 people has been prevented," Plakiotakis said during a news conference. In August alone, he said, "we had 68 cases of prevention and we succeeded in 3,000 people not entering our country."

This, he said, was achieved despite the Turkish coast guard ignoring appeals by the Greek coast guard to stop migrant boats leaving Turkish waters. He also accused Turkey's coast guard of actively escorting the boats to the edge of Greek territorial waters.

"There are cases where [the Turkish coast guard] is accompanying boats with refugees and migrants to our borders and ... trying to create problems," he said.

Plakiotakis would not elaborate on how the boats were prevented from entering Greek waters, which also mark the southeastern border of the European Union. But he stressed the coast guard "operates based on international law and international legality, based on the rules of engagement at sea and ... with complete respect for human dignity and of course for human life."

Aid agencies have called on Greek authorities to investigate media reports of alleged pushbacks at sea. Greek officials, including Prime Minister Kyriakos Mitsotakis, have vehemently denied the coast guard engages in the practice, whereby those arriving inside a country's territorial waters would be summarily returned without being allowed to apply for asylum. 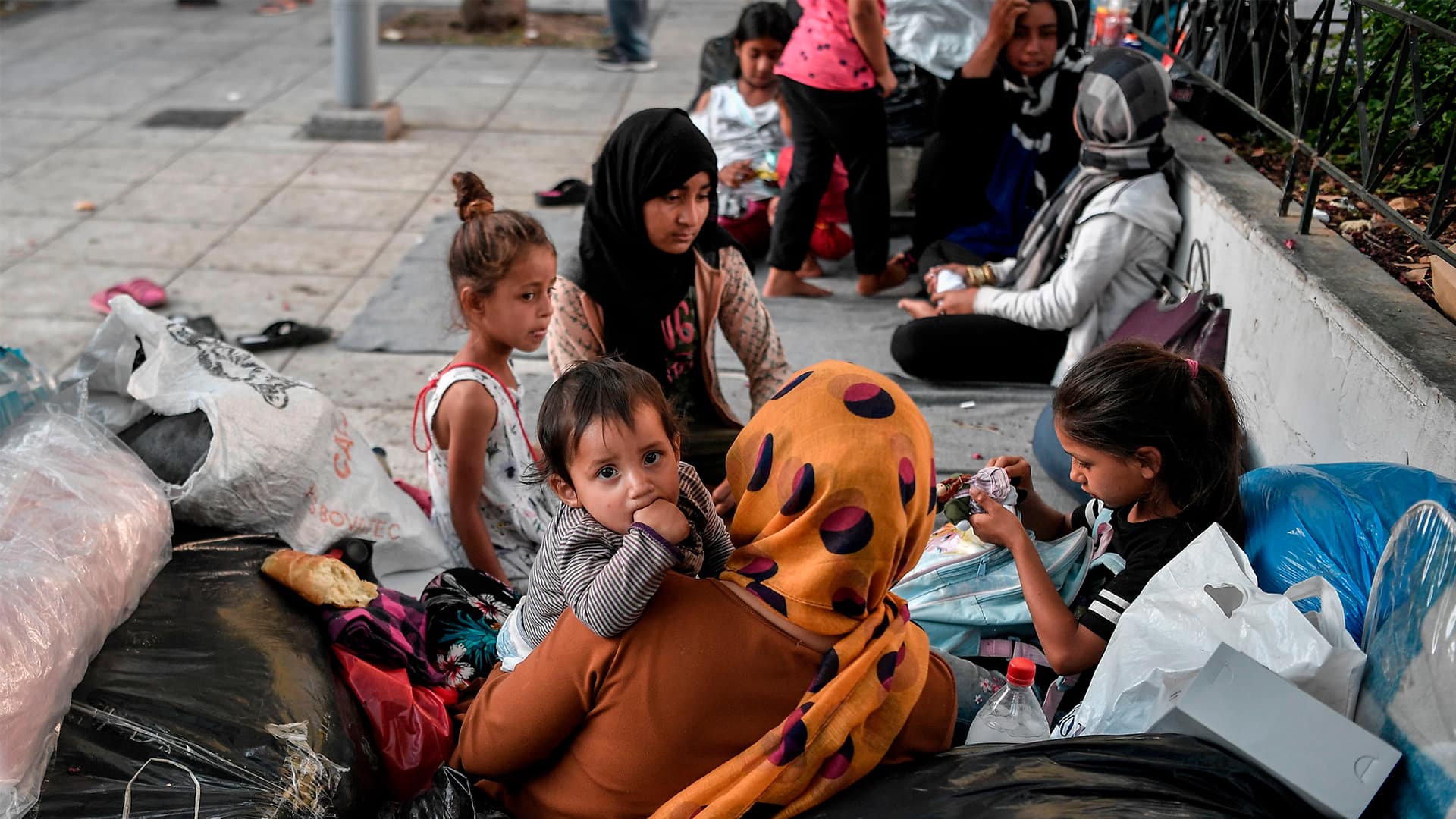 5 months agoVideo
8:11
The New York Times is reporting that Greece has been illegally expelling migrants for months, sending them out to sea in lifeboats. The government denies those claims. 8:11

The UN refugee agency said on Aug. 21 it was "deeply concerned by an increasing number of credible reports indicating that men, women and children may have been informally returned to Turkey immediately after reaching Greek soil or territorial waters in recent months."

The agency called on Greece to "seriously investigate" the reports.

According to UNHCR figures, nearly 12,000 asylum-seekers have reached Greece this year. The total number of arrivals by sea and land in all of 2019 was about 75,000.

Some of those who are granted asylum end up sleeping rough in central Athens.

Greece has increased patrols along the land and sea border with Turkey, particularly after Ankara sent thousands of migrants to the land border in March, saying its own frontier to the European Union was open for anyone wanting to head into the EU.

Athens has insisted it has the right to protect its borders from people attempting to enter clandestinely. The European border patrol agency Frontex is also assisting in patrolling Greece's eastern border, with 13 boats, four planes and one helicopter, as well as 650 officers and 72 patrol cars.

Previous years saw a modicum of co-operation between the Greek and Turkish coast guards. Under a 2016 EU-Turkey deal, Turkish authorities agreed to crack down on migration flows toward Greece, including by stopping boats heading to the Greek islands.

But Greek authorities say the Turkish coast guard no longer responds to their calls when migrant boats are sighted.

Greek-Turkish relations have deteriorated dramatically in the past few months, with the two neighbours sending warships to the eastern Mediterranean in a dispute over rights to potential offshore energy resources.

Greece became the main entry point to the EU for people fleeing war or poverty in the Middle East, Asia and Africa in 2015, when nearly one million people crossed through the country, most arriving on Greek islands from Turkey.

The 2016 EU-Turkey deal dramatically reduced the numbers, with Turkey agreeing to crack down on those seeking to leave its shores in return for EU funds to handle the more than four million refugees and migrants living there, including more than three million Syrians.