Theresa May persuades cabinet on Brexit divorce, but Parliament challenge ahead

British Prime Minister Theresa May, calling it a "decisive step," said Wednesday evening that her cabinet had signed off on a draft divorce deal negotiated with the European Union, after telling the House of Commons earlier the agreement "takes us significantly closer to delivering what the British people voted for."

Commons to vote on agreement with EU, but it's unclear if May will have votes to win

British Prime Minister Theresa May, calling it a "decisive step," said Wednesday evening that her cabinet had signed off on a draft divorce deal negotiated with the European Union, after telling the House of Commons earlier the agreement "takes us significantly closer to delivering what the British people voted for."

May emerged from 10 Downing Street after what she characterized as a "long, detailed and impassioned" five-hour meeting with her cabinet. She delivered her statement over the heckling from a smattering of anti-Brexit protesters.

May, who said she would deliver a statement Thursday in Parliament, said that turning back from the negotiated draft now would raise the prospect of a no-deal Brexit in five months.

"The choice was this deal — which enables us to take back control and to build a brighter future for our country — or to going back to square one, with more division, more uncertainty and a failure to deliver on the referendum," said May. 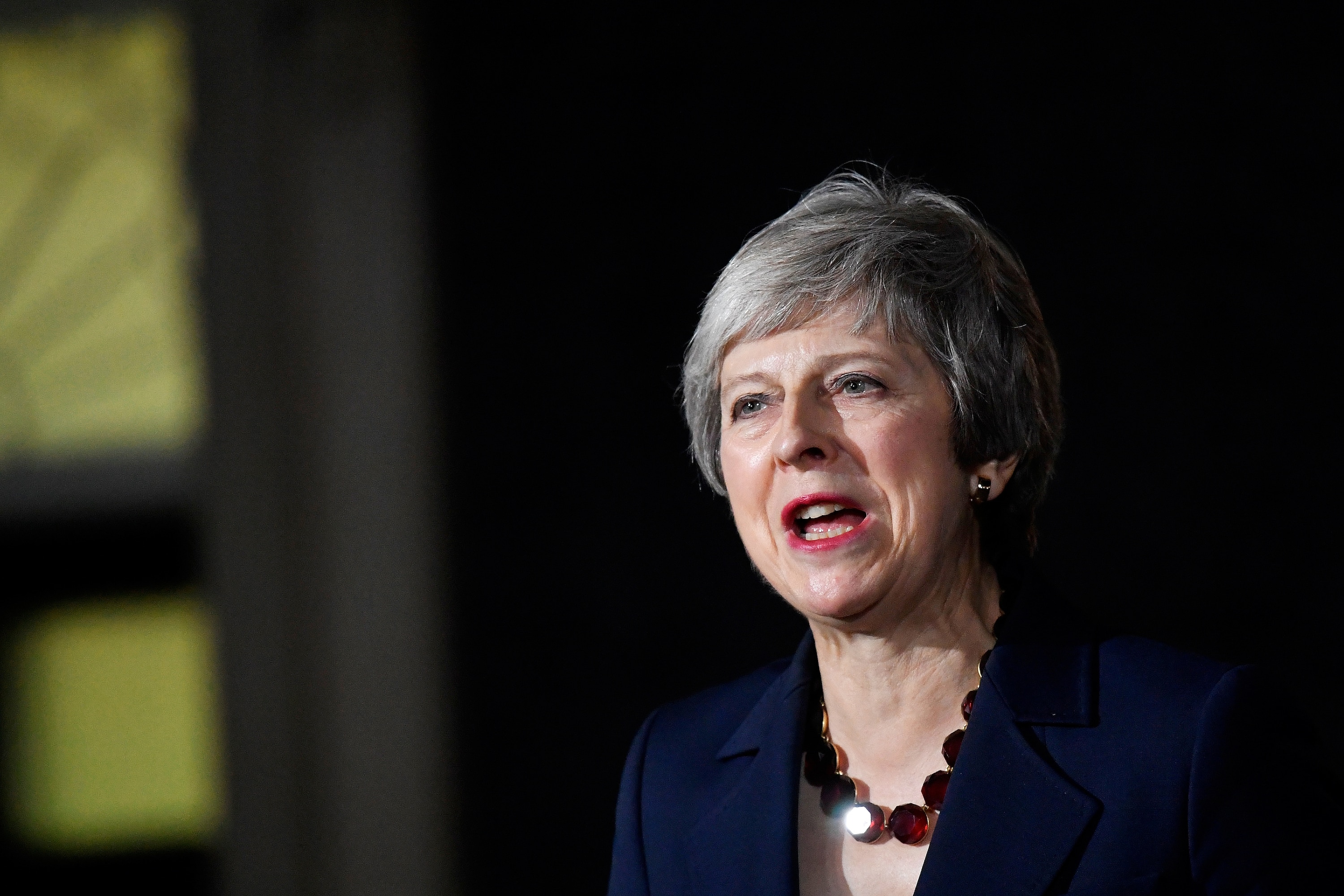 2 years ago
2:25
U.K. prime minister tells reporters she has won the support of her cabinet for the agreement. She now faces the greater challenge of getting it approved by Parliament. 2:25​

Pro-Brexit politicians from her own Conservative Party had already attacked May's plan, saying it will bind Britain to EU rules and regulations long after it leaves the bloc in March.

The most vocal among those are Jacob Rees-Mogg and former foreign secretary Boris Johnson, who is believed to have designs on leading the party.

The withdrawal terms are just part of what will be a long process.

May has to publish in Parliament a copy of the withdrawal agreement and an outline agreement of Britain's future relationship with the EU. Ministers must then arrange a debate and vote on the agreement, though the House of Lords will not have the power to block the deal.

May will have to carve out enough support for the deal among the myriad interests represented in the House of Commons, which includes MPs from Northern Ireland and Scotland.

"I know that there will be difficult days ahead," she said. "This is a decision that will come under intense scrutiny, and it's entirely as it should be, and entirely understandable."

At the heart of the difficulty in negotiations had been the so-called Northern Irish backstop, an insurance policy to avoid a return to controls between the British province and EU-member Ireland which could threaten the 1998 peace accord which ended 30 years of violence.

The deal commits the two sides to a solution to guarantee the border between EU member Ireland and the U.K.'s Northern Ireland remains free of customs posts or other obstacles. It keeps the U.K. in a customs arrangement with the EU, and will last until superseded by permanent new trade arrangements. Both sides say they hope to have a new deal in place by the end of 2020, so the backstop is never needed.

"The choices before us were difficult, particularly in relation to the Northern Ireland backstop," May admitted after the cabinet meeting.

Among the deal's other key points:

Scotland's First Minister Nicola Sturgeon said on Wednesday that the deal was bad for the Scottish economy, adding that parliamentary approval would be difficult to win.

"It is obvious that [May] can barely unite her cabinet on this deal, and it is also increasingly clear that she will struggle to get a majority for it in Parliament," she said in an emailed statement.

"If this deal is indeed rejected by Parliament, then the U.K. government must return to the negotiating table to secure a better one."

May told lawmakers in weekly question period earlier in the day that the deal means Britain will "take back control" of its laws and borders "while protecting jobs, security and the integrity of our United Kingdom."

"The cabinet will decide on the next steps in the national interest. I'm confident that this takes us significantly closer to delivering what the British people voted for in the referendum," May told Parliament.

The ultimate outcome for the United Kingdom remains uncertain: scenarios range from a calm divorce to rejection of May's deal, potentially sinking her premiership and leaving the bloc with no agreement, or another referendum.

The hours-long meeting led to heightened speculation in the British media, including the possibility of a ministerial resignation or even a leadership challenge to May, which would require at least 48 of 315 Conservative MPs signing off.

The EU's chief negotiator Michel Barnier called the draft deal "a decisive step toward concluding this negotiation" and signalled that EU leaders can convene a summit soon to endorse it.

Barnier told reporters Wednesday, "I consider that we have achieved 'decisive progress"' — the announcement that EU leaders had been awaiting from him to call a summit.

Barnier didn't directly address the summit or its possible date, although Irish Prime Minister Leo Varadkar has said that a leaders' meeting is penciled in for Nov. 25.

May repeated her pledge earlier in the day that there would not be another public vote. The Leave vote comprised 51.9 per cent of voters in 2016.

"We will not rerun the referendum, we will not renege on the decision of the British people," she told Parliament.

"We will deliver Brexit and the United Kingdom is leaving the European Union on the 29th of March 2019," she added.

May said that in the post-Brexit landscape, Britain will be able to strike independent trade deals with countries around the world, but she will need to convince at least some members of other parties.

The Northern Irish Democratic Unionist Party (DUP), whose seats have helped keep May's government in power, said it would not back any deal that treated the British province differently from the rest of the United Kingdom.

"If she decides to go against all of that, then there will be consequences," DUP leader Arlene Foster said.

Opposition Leader Jeremy Corbyn told the British Parliament the deal follows two years of "bungled negotiations" and that May is putting a false choice before MPs, between "her botched deal or no deal."

"It breaches the prime minister's own red lines," he said. "It doesn't deliver a strong economic deal that supports jobs and industry, and we know they haven't prepared seriously for 'no deal'."

The divorce also needs to be approved by the EU and European Parliaments, while Ireland's Leo Varadkar has promised his own Parliament a vote on the draft deal.

Varadkar told Irish lawmakers on Wednesday that "we are close" to "a legally binding and legally operable withdrawal agreement." But he says nothing is guaranteed, and a lot of things can still go wrong.

Conservative lawmakers opposed to May since at least when she unveiled her so-called Chequers plan will have to weigh the implications of defeating the deal. The consequences could include May's departure as leader, and a national election they could very well lose to Labour.

A no-deal Brexit would also pitch the world's fifth largest economy into the unknown during a time Western countries are already grappling with the unconventional U.S. presidency of Donald Trump and growing assertiveness from Russia and China.