Notre-Dame can evolve in its rebuilding, UNESCO says

The UN's cultural agency says the reconstruction of Notre Dame must protect the universal value of the site but that doesn't mean the cathedral must be rebuilt exactly as it was.

The UN's cultural agency has said the reconstruction of Notre-Dame must protect the universal value of the site but that doesn't mean the cathedral in Paris must be rebuilt exactly as it was.

A delegation from UNESCO, which oversees global heritage issues, met with French President Emmanuel Macron at the Élysée Palace in the city on Friday.

According to Macron's office, UNESCO representatives said they were ready to help with the reconstruction of Notre-Dame, especially by providing technical expertise.

UNESCO director-general Audrey Azoulay said the monument's "integrity and authenticity" must be respected, since it's a World Heritage site, but that doesn't mean the site must remain unchanged. The comments were reported by Macron's office.

UNESCO formally recognizes the right of each generation to participate in humanity's heritage "including through adaptation to natural and historic processes of change and transformation" and "new possibilities offered by evolving technologies."

WATCH | What will it take to rebuild Notre-Dame? 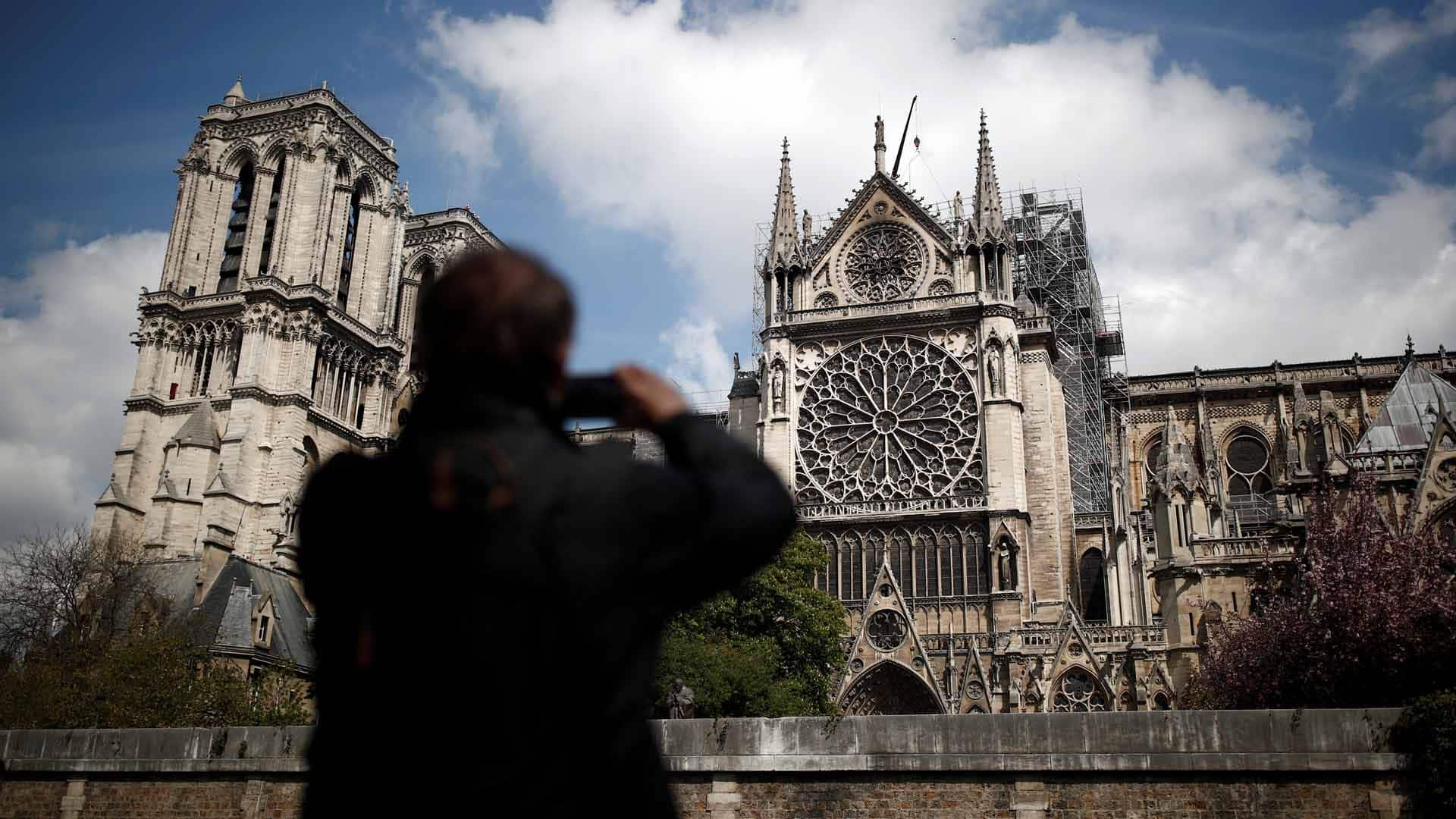 What it will take to rebuild Notre-Dame Cathedral

2 years agoVideo
2:18
Investigators still don't really know the extent of the damage from the Notre-Dame fire. There are concerns that the walls may no longer be strong enough to support the rest of the frame, which raises questions over what a rebuild of the famed cathedral may look like. 2:18

Macron's push for a speedy rebuild indicates he wants the fire-ravaged monument's reconstruction to be part of his legacy, and is seizing the moment to try to move on from the divisive yellow vest protests. His initial wish for it to be rebuilt in just five years was met with incredulity.

Macron had been due to deliver an uneasy speech Monday setting out long-awaited plans to quell anti-government protests that have marred his presidency, but it was postponed after the fire broke out.

Friday's meeting took place while architects and experts are assessing how to stabilize the World Heritage Site's structure and protect it from the rain.

Charlotte Hubert, president of France's group of architects specialized in historic monuments, told BFM news broadcaster that experts are planning to install a wide tarpaulin on the roof of the cathedral.

The provisory installation will have the form of a "pointed roof" higher than Notre Dame's original roof, to allow renovation workers to rebuild the frame under its protection, she explained.

The reconstruction is prompting widespread debate across France with differing views over whether it should involve new technologies and designs. Macron's office, has for example, said that the president wants a "contemporary architectural gesture to be considered" for the collapsed spire, which wasn't part of the original cathedral.

Macron hasn't indicated his view on how the roof should be rebuilt and whether the frame should be in wood, metal or concrete, his cultural heritage envoy Stephane Bern reported following a meeting at the Elysée palace this week.

He has named a general, Jean-Louis Georgelin, former chief of staff of the armed forces, to lead the reconstruction project.

Over $1 billion US has already poured in from ordinary worshippers and high-powered magnates around the world to restore Notre-Dame.

Monday's fire at the Notre-Dame delayed Macron's long-awaited plans to quell anti-government protests that have marred his presidency. The French leader immediately went on the scene of the fire and announced: "We will rebuild Notre-Dame."

Top French art conservation officials said the works inside Notre-Dame suffered no major damage in the fire and the pieces have been removed from the building for their protection.

Isabelle Palot-Frossat of the centre for research at the French Museums said neither fire, nor soot, nor water reached inside the cathedral's walls. The fierce fire Monday evening was concentrated on the cathedral's roof.

Frank Riester, France's culture minister, said the cathedral's vaulted ceiling is still "in an emergency situation." Officials will have to carefully remove the debris that is weighing it down, cover the ceiling against the elements and dismantle the scaffolding that had topped the cathedral when it caught fire.

He said the building survey "will take several days or weeks."

In another development, the 180,000 bees kept in hives in the cathedral that were thought to have perished in the fire have been discovered alive.

"I am so relieved. I saw satellite photos that showed the three hives didn't burn. I thought they had gone with the cathedral," the monument's beekeeper, Nicolas Geant, told The Associated Press on Friday.

Geant has looked after the bees since 2013 when they were installed on the lead roofing of the famed monument as part of a city-wide initiative to boost declining bee numbers.

Geant explained the insects have no lungs. Instead of killing them, the carbon dioxide in the smoke puts them into a sedated state. He said when bees sense fire they "gorge themselves on honey" and protect their queen. He said European bees never abandon their hives.

According to an opinion poll by BVA institute published Friday — the first one carried out since the fire — Macron has gained three points in popularity in the past month with an approval rating of 32 per cent. That advance puts him back at the sort of support he was garnering last September, before the yellow vest crisis, BVA said.

Though all French polls show that Macron's popularity has remain depressed since a tax rise on retirees last year, they suggest his party may be ahead in May 26 European Parliament elections, with the far-right party of Marine Le Pen, the National Rally, not far behind.

Macron hasn't forgotten about the yellow vest movement and he is now expected to detail his new measures next week.

According to the text of his pre-recorded speech, Macron was planning to respond to demonstrators' concerns over their loss of purchasing power with tax cuts for lower-income households and measures to boost pensions and help single parents.

A new round of yellow vest protests is planned on Saturday across the country, including in Paris. Some figures of the movement have said Macron's planned measures are not sufficient and are backing further protests.