French President Emmanuel Macron tested positive for COVID-19 Thursday, following a week in which he met with numerous European leaders. 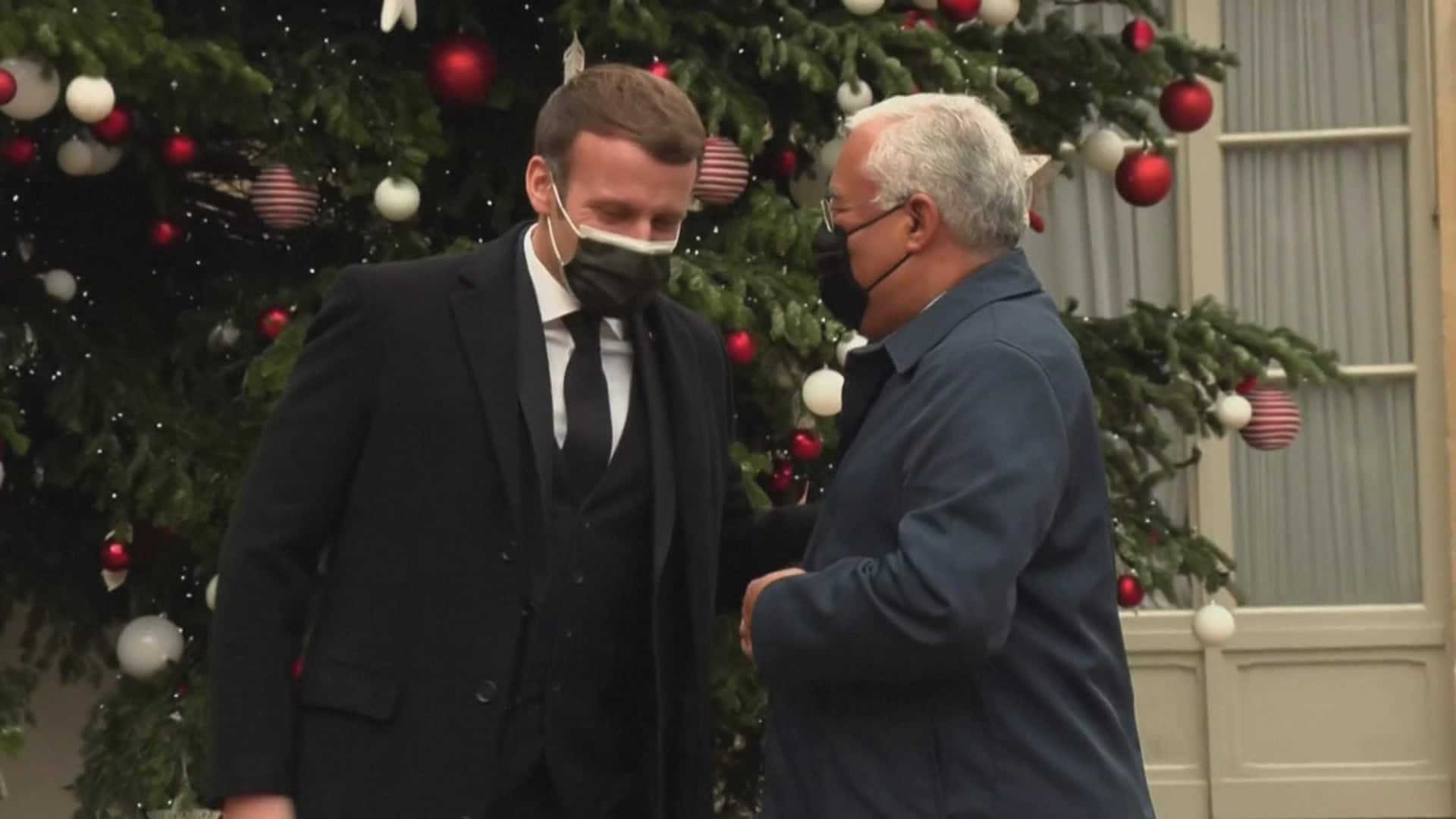 1 month agoVideo
3:24
French President Emmanuel Macron is the latest world leader to test positive for COVID-19. The presidential Elysee Palace said Macron would continue to work and would isolate himself for seven days. 3:24

French President Emmanuel Macron tested positive for COVID-19 Thursday, following a week in which he met with numerous European leaders.

The French and Spanish prime ministers are among those self-isolating because they had recent contact with Macron.

Macron took a test "as soon as the first symptoms appeared" and will self-isolate for seven days, the presidency said in a brief statement.

French government spokesperson Gabriel Attal said contact-tracing efforts were in progress. He said Macron, 42, started to feel symptoms overnight and that he will keep working from the Élysée presidential palace.

"The virus has been circulating in France and worldwide for several months and the presidency and government are used to working in these circumstances," Attal said.

Macron's wife, Brigitte, 67, will also self-isolate but has no symptoms and tested negative on Tuesday ahead of a visit to a Paris hospital, her office said.

The French presidency confirmed that Macron's trip to Lebanon scheduled for next week is being cancelled.

The Spanish government, meanwhile, has announced that Prime Minister Pedro Sanchez, who met Macron in Paris on Monday, will place himself in quarantine until Dec. 24. Sanchez informed Spain's King Felipe VI of the decision and cancelled a Thursday appearance at Spain's National Library.

The prime minister of Portugal, Antonio Costa, who had lunch with Macron on Wednesday, has taken a COVID-19 test, has shown no symptoms and is in self-isolation awaiting the result, his office said. Costa has cancelled an official three-day visit to West Africa starting Friday as well as his attendance at all other events.

European Council President Charles Michel and several other EU top officials announced that they were placing themselves into self-isolation as a precaution.

Macron attended a European Union summit at the end of last week, where he notably had a bilateral meeting with German Chancellor Angela Merkel.

Macron on Wednesday also held the government's weekly cabinet meeting in the presence of Prime Minister Jean Castex and other ministers. Castex's office said that the prime minister is also self-isolating for seven days.

Political party chiefs from the Senate and France's lower house of parliament, the National Assembly, were also in isolation as they had a lunch with Macron earlier this week.

Macron is the latest world leader to test positive for COVID-19, joining a growing list of others just as inoculation drives against the illness are beginning in a number of countries.

Macron and other government officials repeatedly say that they are sticking to strict sanitary protocols during the pandemic, including wearing a mask, not shaking hands and keeping distance from other people.

For several months, masks have been required in all indoor public places in France and everywhere outdoors in big cities. Macron wears one at all public events, though usually removes it to give speeches or at press conferences where he is a safe distance from others.

Macron has always been an active president who travels frequently. He has scaled down his activities somewhat this year but continued holding in-person meetings in Paris, other French cities and in Brussels during France's second virus lockdown, which started in October.

The lockdown, which was lifted partially Tuesday, allowed people to go to school and work but limited travel for most French people and required all restaurants, tourist sites and most other public places to close.

The French president is following national health authorities' recommendations that since September have reduced the self-isolation time from 14 days to seven. Authorities said at the time that this is the period when there is the greatest risk of contagion and that reducing it allows better enforcement of the measure.

Boris Johnson, U.S. President Donald Trump and Brazilian President Jair Bolsonaro are among the world leaders and prominent politicians who have contracted the disease caused by the novel coronavirus.

The prime minister of Eswatini, formerly Swaziland, died earlier this month. Ambrose Dlamini, 52, had tested positive for coronavirus two weeks prior to his death in the southern African country.

Burundi's outgoing president, Pierre Nkurunziza, a pandemic denier, died in June. While the government attributed the 55-year-old's death to a heart attack, local reports have raised questions, given his wife sought treatment for COVID-19 outside the country shortly before Nkurunziza's death.