Hospital employees say three people shot at a Louisiana movie theatre are now in stable condition and authorities say the gunman previously applied for a concealed weapons permit but was rejected.

Gunman applied for concealed weapons permit in 2006 but was rejected 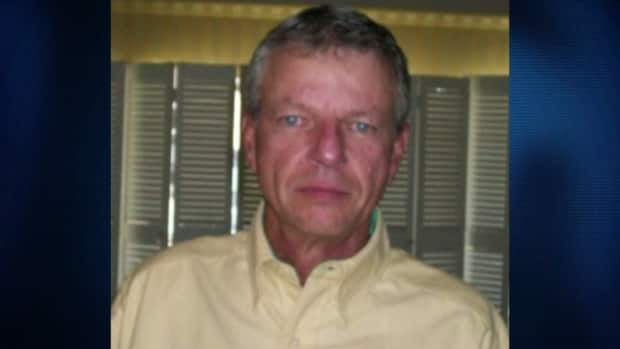 Louisiana Gov. Bobby Jindal has ordered flags at state government buildings be flown at half-mast in a show of respect for victims of a shooting involving a mentally unstable man who opened fire in a crowded movie theatre, killing two people Thursday in Lafayette, La.

Meanwhile, hospital officials say three people shot at the movie theatre are now in stable condition and expected to make a full recovery.

David Callecod, president of Lafayette General Health, said one of those patients required surgery. Another was in intensive care. Two other victims were treated and released Thursday night.

Callecod said all five people treated at the hospital had gunshot wounds. Three of them were classified as "level one" trauma, meaning they had been shot either in the head, neck, torso, knee or elbow.

John Russell Houser, 59, who killed two people and wounded nine others before killing himself at a crowded showing of Trainwreck, was mentally ill and so violent that his wife removed his guns from their home and his daughter and in-laws asked authorities to keep him away, court documents show.

Houser "has a history of mental health issues, i.e., manic depression and/or bi-polar disorder," his family said in court documents in 2008, when he made violent threats in an effort to stop his daughter's wedding. A judge granted the family's petition to have him involuntarily committed to a hospital as "a danger to himself and others."

Houser refused to back down after getting out, however, so his wife, daughter and other relatives also obtained a protective order after accusing him of having "perpetrated various acts of family violence."

His daughter, Kirbey Ellen Houser, was engaged to Andrew Michael Broome at the time, and though they were 23 and 26, he felt they were too young to be married. "He has exhibited extreme erratic behaviour and has made ominous as well as disturbing statements" that their marriage would not occur, the filing says.

Houser's wife, Kellie Houser, filed for divorce in March. She said the two were married in Carroll County, Ga., in 1983 but separated in 2012 and have lived apart ever since.

When she filed for divorce, she did not know exactly where her husband had been living.

Police weren't sure why Houser ended up in Louisiana years after becoming estranged from family living in Alabama and Georgia. Police said his mother had recently given him some money because he said he was trying to get his life together.

Russell County Sheriff Heath Taylor on Friday said Houser lived in Phenix City, Ala., from 2005 to 2014, and officials received a domestic violence complaint in 2005 but the victim didn't want to prosecute. In 2006, Houser applied for a concealed weapons permit but was refused because of the domestic violence complaint and a previous arrest for arson in nearby Columbus, Ga.

Houser was evicted from his Phenix City home in 2014, but later returned and caused some damage, including pouring concrete in plumbing pipes and tampering with a gas line, according to Taylor.

He stood up about 20 minutes into the movie and fired first at two people sitting in front of him, then aimed his handgun at others, firing at least 13 times, police said Friday. State police superintendent Col. Michael D. Edmonson said there were about 100 people inside the theatre at the time of the shooting. Keys, shoes and purses were all left behind.

Police said Houser had one additional magazine of bullets for his handgun as he tried to escape. When he spotted police officers outside, he turned around and pushed back through the fleeing crowd. The officers followed him into the theatre and heard a single shot before finding him dead inside, police said.

Houser had parked his car by the theatre's exit door, and disguises including glasses and wigs were found in a search of his room at a nearby Motel 6. His 1995 blue Lincoln Continental had a licence plate on it that didn't match.

"It is apparent that he was intent on shooting and then escaping," Lafayette Police Department Chief Jim Craft said.

Police were looking at online postings they believed Houser wrote to learn more about him and try to figure out his motive, Edmonson said.

The Southern Poverty Law Center, which tracks hate groups, said it has had Houser's name in its files since 2005, when he registered at former Ku Klux Klan leader David Duke's European-American Unity and Rights Organization conference.

In online forums, he wrote of the "power of the lone wolf" and expressed interest in white power groups, anti-Semitic ideas and the Westboro Baptist Church, which has protested at soldiers' funerals, the centre said.

"Hitler is loved for the results of his pragmatism," Houser wrote in January on the website stateofmind13.com.

Houser owned a bar called Rusty's Buckhead Pub but his liquor license was revoked in 2001 for serving minors. To protest, he put up a banner that had a swastika on it encircled by the words, "Welcome to LaGrange," according to a story in the LaGrange Daily News.

Houser told the newspaper he was "completely against" the Nazi philosophy but chose the symbol because it represented a government's ability to do what it wants.

"The people who used it — the Nazis — they did what they damn well pleased," Houser told the newspaper.

In the 1990s, Houser frequently appeared on a local television call-in show, advocating violence against people involved in abortions, said Calvin Floyd, who hosted the morning show on WLTZ-TV in Columbus, Ga.

Houser also espoused other radical views, including his opposition to women in the workplace. Floyd described Houser as an "angry man" who made "wild accusations" about all sorts of topics, and said he put him on to counter a Democratic voice because "he could make the phones ring."

Gov. Jindal called the shooting "an awful night for Louisiana."

The two fatalities were identified as Jillian Johnson, 33, and Mayci Breaux, 21.