One of U.S. President Donald Trump's most trusted advisers has tested positive for the coronavirus. Corey Lewandowski recently travelled to Pennsylvania to assist Trump's efforts to contest the state's election results.

Corey Lewandowski believes he was exposed to the coronavirus in Philadelphia

One of U.S. President Donald Trump's most trusted advisers has tested positive for the coronavirus.

Corey Lewandowski recently travelled to Pennsylvania to assist Trump's efforts to contest the state's election results. He said Thursday he believes he was infected in Philadelphia and he's not experiencing any symptoms.

Lewandowski appeared with Trump lawyer Rudy Giuliani at an event last Saturday outside a landscaping company and lobbed unfounded accusations of voter fraud as the race was called for Trump's challenger, now-president-elect Joe Biden.

Lewandowski was also at the election night party at the White House last week that's been linked to several virus cases.

Watch: Lewandowski speaks to crowd in Philadelphia 7 days before testing positive for COVID-19: 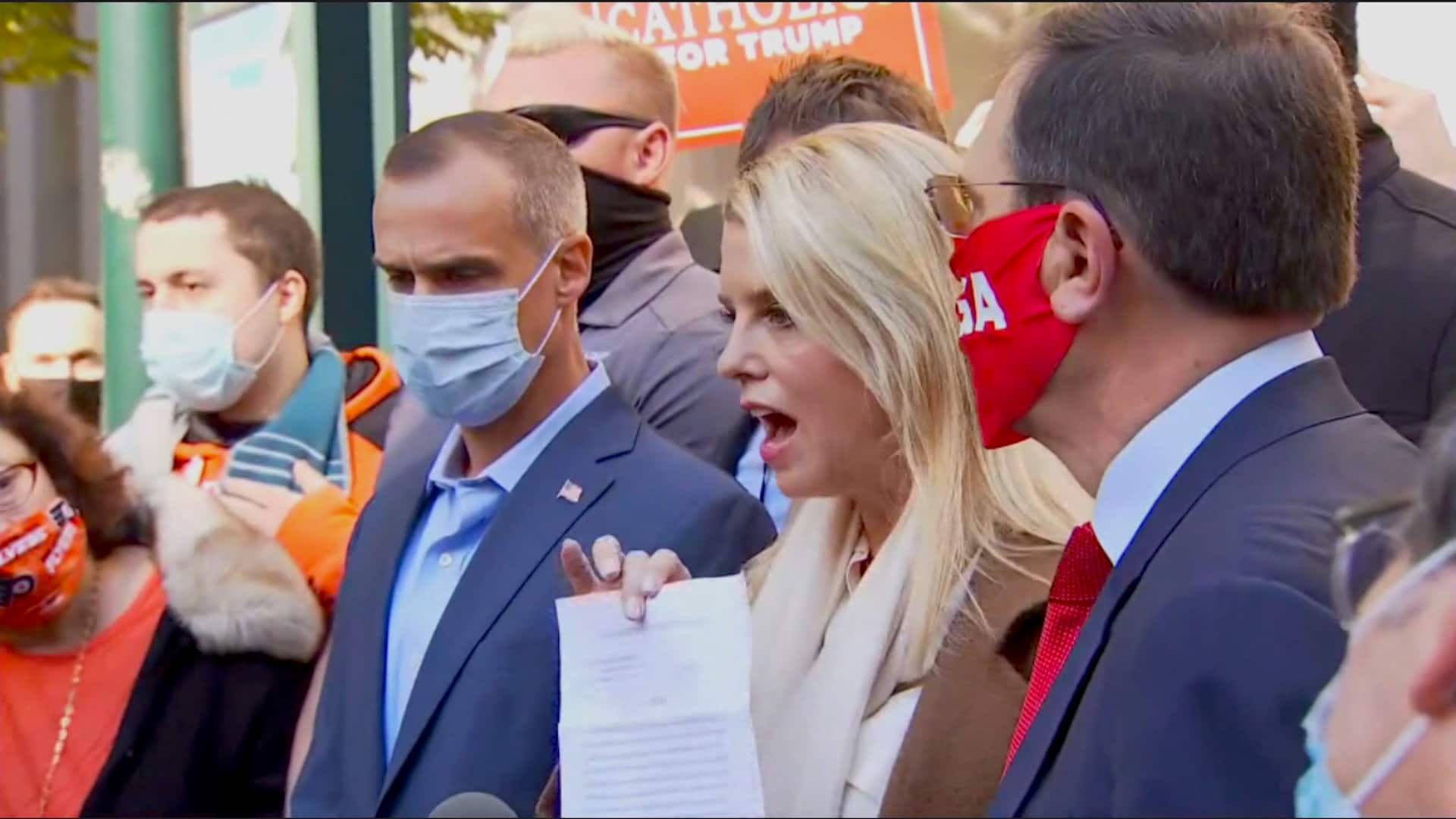 4 months ago
0:43
Amid pro-Trump and pro-Biden protests outside the Philadelphia Convention Center Thursday, Trump campaign advisers, including Pam Bondi and Corey Lewandowski, obtained a temporary court ruling to halt vote counting to allow them in to observe. Vote counting resumed after Democrats challenged the ruling. 0:43

Trump himself, Melania Trump, and at least two dozen others tested positive for the virus in early October, after Trump held large gatherings of people not wearing face masks, including the ceremony announcing the nomination of now-Justice Amy Coney Barrett to the U.S. Supreme Court.

The news came as Georgia counties prepare for a hand tally of the presidential race.

An audit of one race is required before election results are certified by the state, and Raffensperger announced Wednesday that he had selected the presidential race. Because of the tight margin in that race — Democrat Joe Biden leads Trump by about 14,000 votes — Raffensperger said the audit would result in a full hand recount.

Raffensperger's wife, Tricia, tested positive on Thursday, deputy secretary of state Jordan Fuchs told The Associated Press. Raffensperger was to get tested and plans to self-quarantine as a precaution even if his test is negative, Fuchs said.