It's the equivalent of an AHL team making it to the Stanley Cup finals. Bookmakers said it was as likely as the discovery of the Loch Ness Monster. But for the first time in 132 years, Leicester City has a real chance of winning it all.

Thomas Daigle · CBC News · Posted: Apr 28, 2016 9:00 AM ET | Last Updated: April 29, 2016
For hockey fans, it's the equivalent of an AHL team making it to the Stanley Cup finals. Bookmakers said it was as likely as the discovery of the Loch Ness Monster. Even the staunchest supporters of Leicester City FC didn't believe the team would make it this far.

Tom Hanks says he has money on Leicester. Do you?

6 years ago
Duration 4:01
If Leicester City FC wins the English Premier League title, bookmakers will have to pay out those who got in bets at the season start at 5,000-1

With a win this Sunday, Leicester would clinch the English Premier League title.

After spending much of the past decade in lower leagues, Leicester now sits atop English Premier League soccer with three matches left to play. The Foxes, as they're known, stand a real chance of winning it all for the first time in the club's 132-year history.

Not only does the team represent a city smaller than Halifax, Leicester's payroll is only a fraction of those of internationally renowned clubs such as Chelsea and Arsenal. Manchester United is expected to become the first English team to earn £500 million — about $910 million Cdn — in one season, despite sitting four spots behind lowly Leicester.

"Money has shaped entirely the European game until now," said John Williams, a senior lecturer in sociology at the University of Leicester who specializes in soccer. 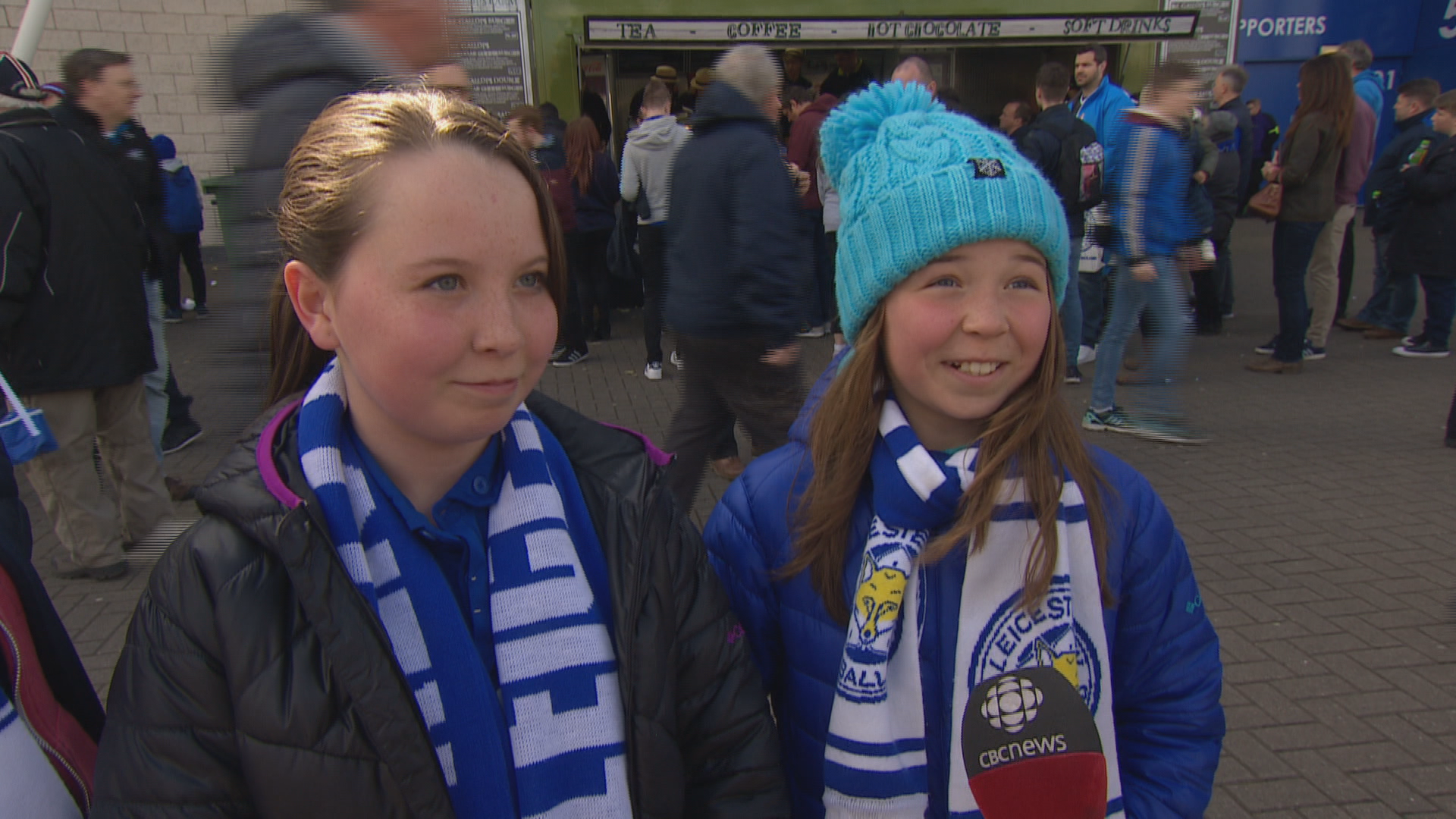 6 years ago
Duration 2:36
For the first time in 132 years, Leicester City FC has a real chance of winning the English Premier League title.

"It's unheard of, really, for a club of Leicester's size to win the league title, so completely out of the blue," Williams said.

The feat was so implausible that, at the start of the season, bookmakers gave Leicester 5,000-1 odds of winning it all.

Leigh Herbert was one of the few to place a bet on the club.

"I'm going to put it down on a deposit on a house in about a year's time," Herbert said. "I'm going to do the sensible thing, I think."

He acknowledges his stake in the Foxes' success has made their matches "really hard to watch."

Help from beyond the grave?

The team's fortunes took a turn for the better late last season, and some superstitious fans say they have a late king to thank for it.

Richard III's bones were discovered in a Leicester parking lot in 2012, more than five centuries after he was killed. Right after his March 2015 reburial received worldwide attention, Leicester City started winning. And they haven't stopped since.

Other fans point to the team's unlikely star striker as a reason for the success. Jamie Vardy, a former factory worker, has now scored goals in more back-to-back games than anyone else in league history. Vardy, though, had to sit out Sunday's match against Swansea and will have to miss another game, charged with improper conduct on the pitch.

The underdog story doesn't end there. The club's manager, Claudio Ranieri, got sacked from his last job after only four matches.

Despite Leicester's success, Ranieri shows no sign of overconfidence.

"We are doing the maximum," he said after the Foxes' 2-2 draw with West Ham United.

"If there is another team who plays better and wins more than us, congratulations to them."

Leicester's next match is on Sunday, against Manchester United. A win would guarantee them the title.

Thomas is a reporter for a variety of CBC News programs, currently based in Toronto. Previously at CBC's London, U.K. bureau, he reported on everything from the Royal Family and European politics to terrorism. Thomas filed stories from Quebec for several years and reported for Radio-Canada in his native New Brunswick.