North Korea agreed Tuesday to send a delegation to next month's Winter Olympics in South Korea, Seoul officials said, as the bitter rivals sat for rare talks at the border to discuss how to co-operate in the Olympics and improve their long-strained ties.

North Korea agreed Tuesday to send a delegation to next month's Winter Olympics in South Korea, Seoul officials said, as the bitter rivals sat for rare talks at the border to discuss how to co-operate in the Olympics and improve their long-strained ties.

The Koreas' first talks in two years were arranged after North Korea's leader Kim Jong-un recently made an abrupt push for improved ties with South Korea after a year of elevated tensions with the outside world over his expanding nuclear and missile programs. Critics say Kim may be trying to divide Seoul and Washington in a bid to weaken international pressure and sanctions on the North.

During the talks, the North Korean delegation said it would send an Olympic delegation, which includes officials, athletes, cheerleaders, journalists and others, South Korea's Vice Unification Minister Chun Hae-sung told reporters, according to media footage from the border village of Panmunjom, the venue for the talks.

The South Korean delegation, for its part, proposed North Korea send a big delegation and conduct a joint march during the Feb. 9-25 Game's opening and closing ceremonies, Chun, one of the five South Korean negotiators, said.

North Korea responded by saying the two Koreas must try to promote peace and reconciliation through dialogue, he said.

Is this a breakthrough? Tina Park from the Centre for Responsibility to Protect offers her perspective: 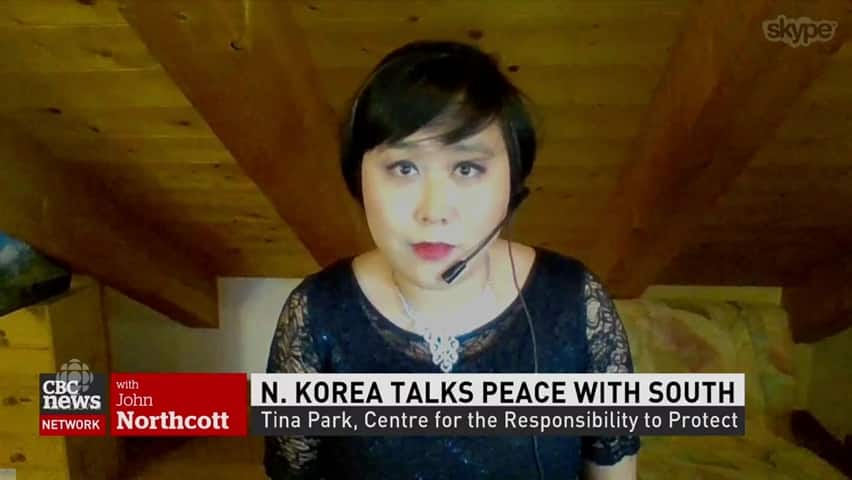 The two sides were to continue their negotiations later Tuesday at Panmunjom, the only place on the tense border where North and South Korean soldiers are just metres away from each other. A North Korean soldier late last year defected to the South across Panmunjom amid a hail of bullets fired by his comrades. He was hit five times but survived.

The meeting began with an amicable atmosphere Tuesday morning, with chief North Korean delegate Ri Son Gwon saying he hopes the talks would give "a New Year's first gift — precious results [of the talks] to the Korean nation." Ri's South Korean counterpart, Unification Minister Cho Myoung-gyon, said he also hopes they would come up with a "good gift" for people in both Koreas.

The overall prospect for the negotiations was still unclear. The two Koreas have a long history of ending key talks without any agreement and failing to follow through with rapprochement accords.

An agreement on the North's Olympic participation had been widely expected before the talks began, but the Koreas remain sharply at odds over how to improve their overall ties.

North Korea is expected to demand rewards in return for South Korea's offer for family reunions and military talks, like Seoul halting propaganda broadcasts and scaling back or halting military drills with the U.S., observers say.

Suspension of the military drills would be unacceptable for Seoul because that would seriously undermine the alliance with its chief ally the United States, which wants to put more pressures on Pyongyang. The North views the drills as a rehearsal for a northward invasion.

U.S. President Donald Trump on Saturday expressed hope for some progress from the talks and said he was open to talking with Kim himself. But UN Ambassador Nikki Haley later said the U.S. administration isn't changing its conditions regarding talks with North Korea, saying Kim would first need to stop weapons testing for a "significant amount of time."

In his New Year's Day address, Kim said there is an urgent need to improve inter-Korean ties and that he is willing to send a delegation to the Pyeongchang Games. He urged Seoul to halt the military drills with the U.S. and said he has a "nuclear button" to launch missiles at any target in the United States.

"As President Moon has said, the improvement of relations between North and South Korea cannot advance separately from resolving North Korea's nuclear program," Brian Hook, a chief adviser to U.S. Secretary of State Rex Tillerson, told reporters in a conference call late Monday Washington time. "And so, we remain focused on our global pressure campaign. That campaign is designed to bring Kim Jong-un to the table for meaningful negations."

South Korea's ambassador to Canada Shin Maeong-ho talks to CBC. Does he think North Korea is moving closer to war? 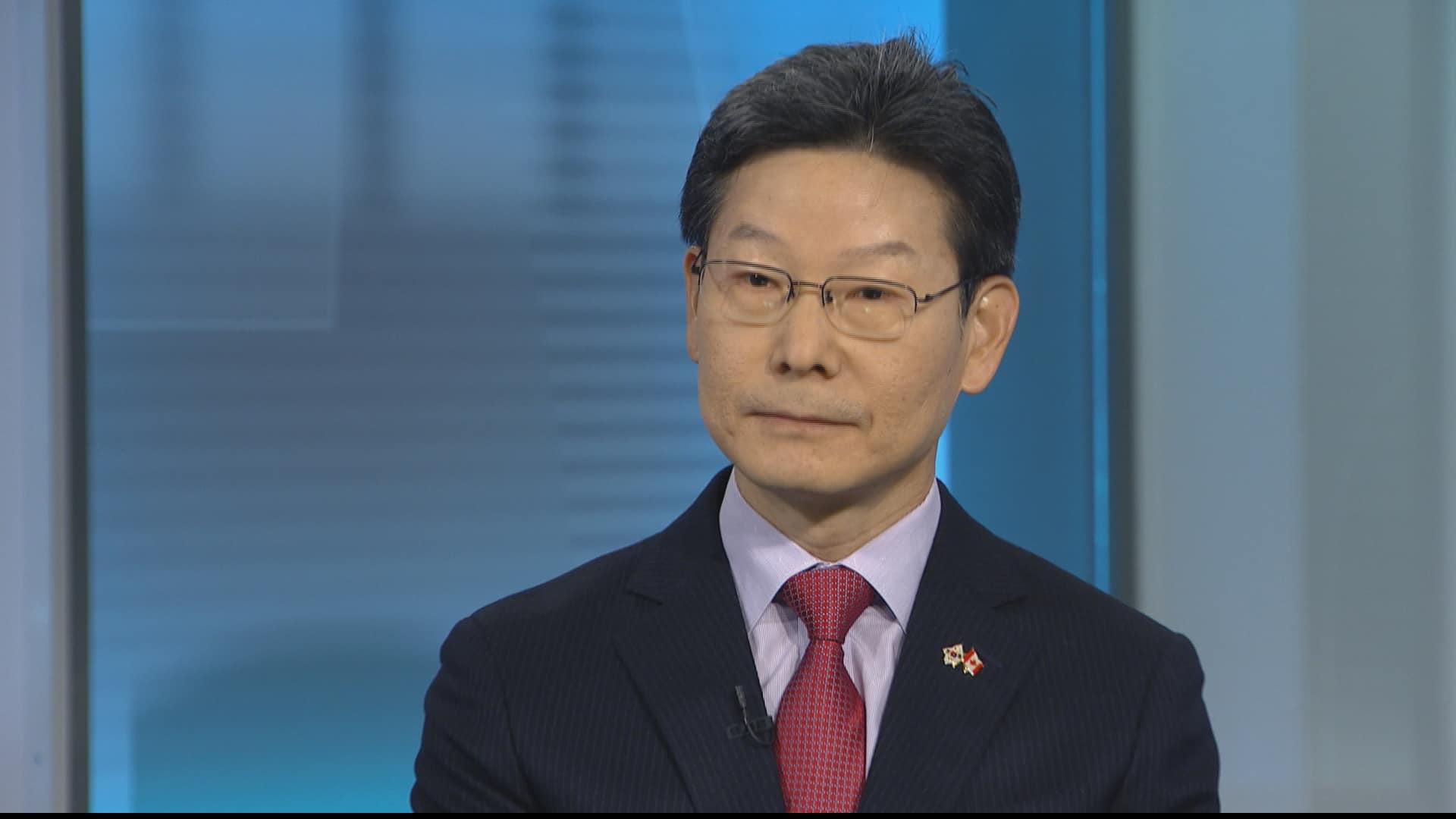 South Korean ambassador: 'We are at the crossroads between peace and war'

The Trump administration agreed last week to delay springtime military drills with South Korea until after the Games. Defense Secretary Jim Mattis insisted the delay was a practical necessity to accommodate the Olympics, not a political gesture.

Trump and Kim traded bellicose warlike rhetoric and even crude insults last year, as the North conducted it sixth and most powerful nuclear detonation and three tests of intercontinental ballistic missiles. The International Olympic Committee said Monday it has "kept the door open" for North Korea to take part in the Games. IOC spokesman Mark Adams said the registration deadline has been extended and that the Switzerland-based committee supports North Korean athletes in the qualification process, while respecting U.N. sanctions against North Korea.