The pilot of the helicopter that crashed into a hillside outside Los Angeles, killing former NBA superstar Kobe Bryant and eight others, told air traffic controllers in his last radio message that he was climbing to avoid a cloud layer, an accident investigator said Monday.

The pilot of the helicopter that crashed into a hillside outside Los Angeles, killing former NBA superstar Kobe Bryant and eight others, told air traffic controllers in his last radio message that he was climbing to avoid a cloud layer, an accident investigator said Monday.

The pilot had asked for and received special clearance to fly in heavy fog just minutes before Sunday's crash and was flying at 427 metres when he went south and then west, said Jennifer Homendy of the National Transportation Safety Board, which went to the crash scene Monday to collect evidence.

The pilot then asked for air traffic controllers to provide "flight following" aid but was told the craft was too low, Homendy said.

About four minutes later, "the pilot advised they were climbing to avoid a cloud layer," she said. "When ATC asked what the pilot planned to do, there was no reply. Radar data indicates the helicopter climbed to 701 metres and then began a left descending turn. Last radar contact was around 9:45 a.m. and is consistent with the accident location.

Coroner's officials worked to recover victims' remains Monday from the hillside outside Los Angeles where the helicopter crashed, which aviation experts say may have been caused by the pilot becoming disoriented in the fog.

While the cause of the tragedy is under investigation by the National Transportation Safety Board, some experts raised questions of whether the helicopter should have even been flying. The weather was so foggy that the Los Angeles Police Department and the county sheriff's department had grounded their own choppers.

The Sikorsky S-76 went down Sunday morning, killing the retired athlete along with his 13-year-old daughter Gianna and everyone else aboard and scattering debris over an area the size of a football field.

Crews recovered three bodies on Sunday and resumed the effort on Monday amid an outpouring of grief and shock around the world over the loss of the basketball great who helped lead the Los Angeles Lakers to five NBA titles during his dazzling 20-year career. 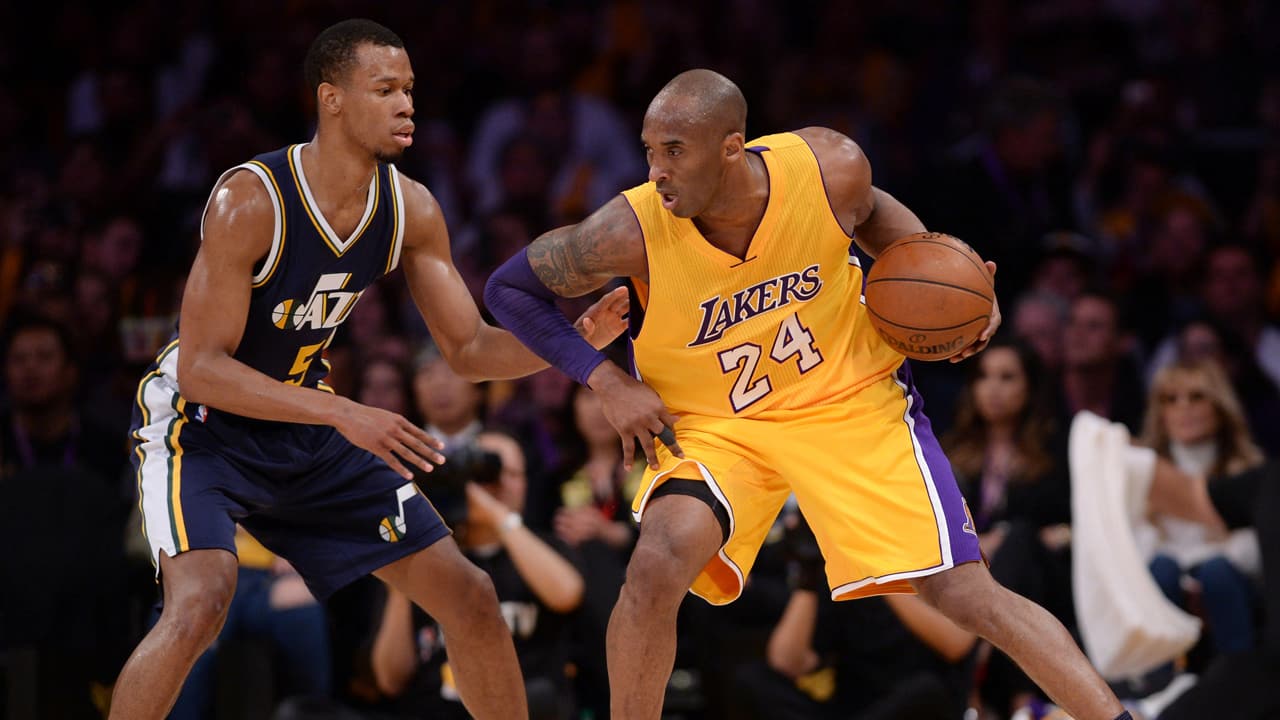 10 months agoVideo
2:08
NBA all-star Kobe Bryant, along with his 13-year-old daughter, Gianna, died in a helicopter crash near Calabasas, Calif. 2:08

The pilot was identified as Ara Zobayan. Several aviation experts said it is not uncommon for helicopter pilots to be given such permission, though some thought it unusual that it would be granted in airspace as busy as that over Los Angeles.

But Kurt Deetz, who flew for Bryant dozens of times in the same chopper that went down, said permission is often granted in the area.

"It happened all the time in the winter months in L.A.," Deetz said. "You get fog."

The helicopter left Santa Ana in Orange County, south of Los Angeles, shortly after 9 a.m., heading north and then west. Bryant was believed to be headed for his youth sports academy in nearby Thousand Oaks, which was holding a basketball tournament Sunday in which Bryant's daughter, known as Gigi, was competing.

Air traffic controllers noted poor visibility around Burbank to the north and Van Nuys to the northwest. At one point, the controllers instructed the chopper to circle because of other planes in the area before proceeding.

The aircraft crashed in Calabasas, about 48 kilometres northwest of downtown Los Angeles, around 9:45 a.m. at about 426 metres, according to data from Flightradar24. When it struck the ground, it was flying at about 296 km/h and descending at a rate of more than 1,200 metres per minute, the data showed.

Randy Waldman, a helicopter flight instructor who teaches at the nearby Van Nuys airport, said its likely the pilot got disoriented in the fog and the helicopter went into a fatal dive.

"It's a common thing that happens in airplanes and helicopters with people flying with poor visibility," Waldman said. "If you're flying visually, if you get caught in a situation where you can't see out the windshield, the life expectancy of the pilot and the aircraft is maybe 10, 15 seconds, and it happens all the time, and it's really a shame."

Waldman said it was the same thing that happened to John F. Kennedy Jr. when his plane dropped out of the sky near Martha's Vineyard, Massachusetts, in 1999.

"A lot of times somebody who's doing it for a living is pressured to get their client to where they have to go," Waldman said. "They take chances that maybe they shouldn't take." 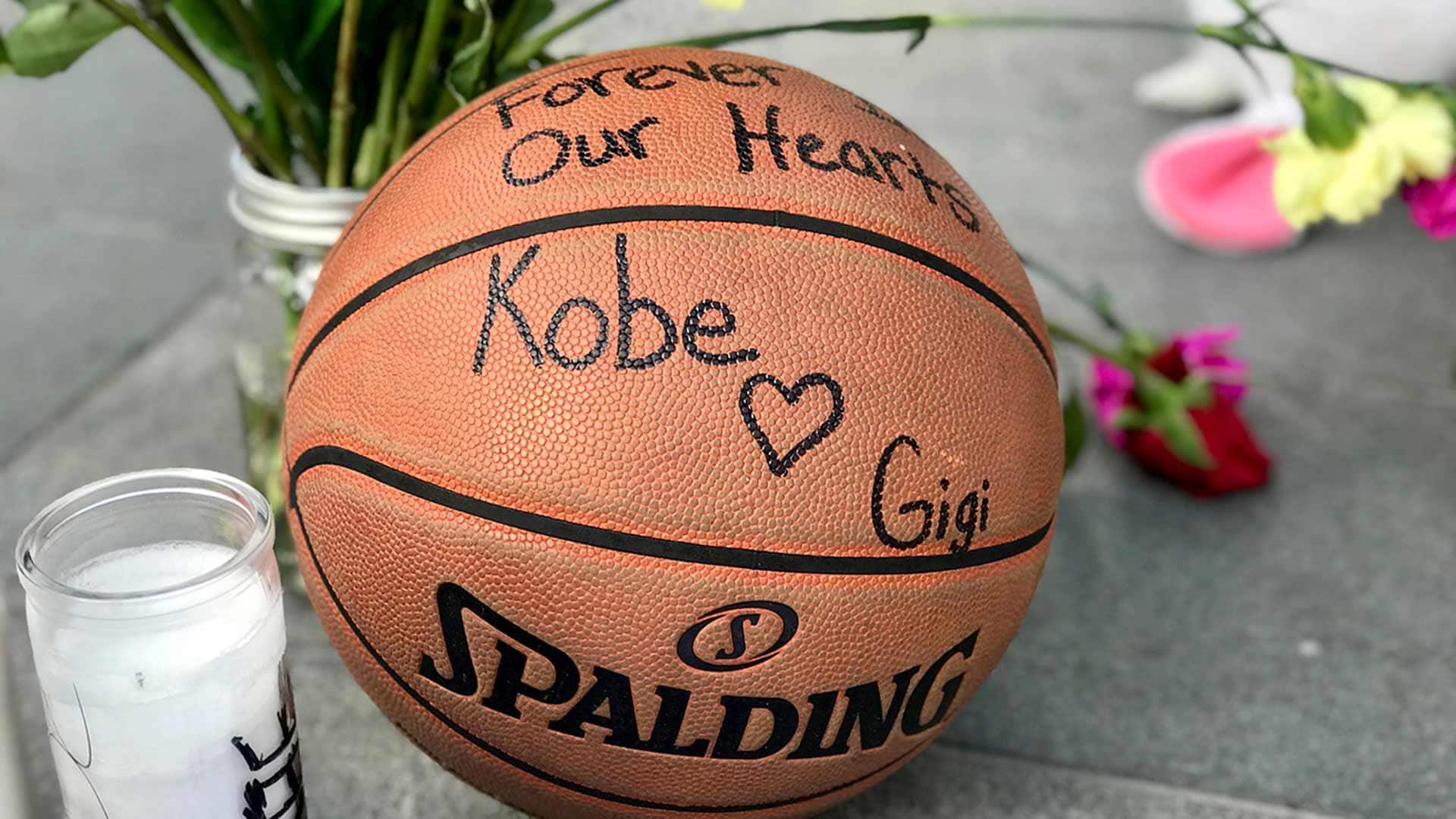 10 months agoVideo
2:27
As a memorial to Kobe Bryant grows outside L.A.’s Staples Center, investigators are trying to determine the cause of Sunday’s helicopter crash that killed the NBA legend, his daughter and seven others. 2:27

Bryant known for commuting by helicopter

Bryant had been known since his playing days for taking helicopters instead of braving the notoriously snarled Los Angeles traffic. "I'm not going into L.A. without the Mamba chopper," he joked on Jimmy Kimmel Live in a 2018 interview, referring to his own nickname, Black Mamba.

"Part of it is the way they certify and design these things," said Hoeppner, a retired engineering professor at the University of Utah. "But the other part is helicopter pilots often fly in conditions where they shouldn't be flying."

When that happens, he said, pilots must instantly switch from visual cues to flying the aircraft using only the machine's instruments.

"It's one of the most dangerous conditions you can be in," Kidrick said. "Oftentimes, your body is telling you something different than what the instruments are telling you. You can feel like you're leaning to the left or the right when you're not. If the pilot isn't trained well enough to believe the instruments, you get in a panic situation."

On Sunday, firefighters hiked in with medical equipment and hoses, and medical personnel rappelled to the site from a helicopter. About 20 investigators were on the site early Monday. The Los Angeles County medical examiner, Dr. Jonathan Lucas, said it could take at least a couple of days to recover the remains.

Among those killed in the crash were John Altobelli, 56, longtime head coach of Southern California's Orange Coast College baseball team; his wife, Keri; and daughter, Alyssa, who played on the same basketball team as Bryant's daughter; and Christina Mauser, a girls' basketball coach at a Southern California elementary school.