Jamal Khashoggi was the victim of a deliberate, premeditated execution, and the state of Saudi Arabia is responsible under international human rights law, concludes a UN report that the kingdom's foreign affairs minister says contains "baseless allegations."

Hours after the release of the report by Agnes Callamard, the UN special rapporteur on extrajudicial executions, Saudi Arabia's minister of state for foreign affairs, Adel al-Jubeir, rejected it as "nothing new."

Al-Jubeir said in a statement carried by state news agency SPA that the report contained "false accusations confirmed as stemming from the preconceived ideas and positions" of Callamard towards the kingdom.

Khashoggi's killing provoked widespread disgust and damaged the image of the crown prince, previously admired in the West for pushing deep changes including tax reform, infrastructure projects and allowing women to drive.

Callamard called for countries to widen sanctions to include the prince and his personal assets, until and unless he can prove he has no responsibility. Canada was among a number of countries in the West to announce earlier sanctions related to the Saudi regime last year.

Washington Post columnist Khashoggi, a critic of the prince, was last seen at the Saudi Consulate in Istanbul on Oct. 2, where he was to receive papers ahead of his wedding.

His body was dismembered and removed from the building, the Saudi prosecutor has said, and his remains have not been found.

"It is the conclusion of the special rapporteur that Mr. Khashoggi has been the victim of a deliberate, premeditated execution, an extrajudicial killing for which the state of Saudi Arabia is responsible under international human rights law," Callamard said in her report based on a six-month investigation.

Saudi trial should be postponed: Callamard

The Saudi public prosecutor indicted 11 suspects in November, including five who could face the death penalty on charges of ordering and committing the crime.

Callamard said the Saudi trial should be suspended, citing concerns over secret hearings and a potential miscarriage of justice.

The UN report publishes excerpts from what it calls conversations inside the consulate shortly before Khashoggi arrived at the building and during his final moments, in which a Saudi official is heard discussing cutting a body into pieces.

Joints will be separated. It is not a problem. The body is heavy. First time I cut on the ground. If we take plastic bags and cut it into pieces, it will be finished. We will wrap each of them.- Salah al-Tubaiqy, Saudi present at embassy in Istanbul

The material relies on recordings and forensic work by Turkish investigators and information from the trials of the suspects in Saudi Arabia, the report said. Callamard said that she could not reach firm conclusions about what the team was told was the sound of a "saw" in the operation.

Callamard went to Turkey earlier this year with a team of forensic and legal experts and said she received evidence from Turkish authorities.

"There is credible evidence, warranting further investigation of high-level Saudi officials' individual liability, including the  crown prince's," she said.

"Indeed, this human rights inquiry has shown that there is sufficient credible evidence regarding the responsibility of the crown prince demanding further investigation," she added, urging UN Secretary General Antonio Guterres to establish an international probe.

Callamard, asked if universal jurisdiction meant potential arrests abroad of suspects, told reporters, "If and when the responsibility of those individuals has been proven, including the responsibilities of a level that warrant arrest, absolutely."

Judicial authorities in countries that recognize universal jurisdiction for serious offences can investigate and prosecute those crimes no matter where they were committed.

Media reports have published the contents of some recordings obtained from inside the consulate, but the UN report discloses chilling new details.

Moments before Khashoggi was killed, two of his suspected murderers laying in wait at the kingdom's Istanbul consulate fretted about the task at hand, according the published report.

Will it "be possible to put the trunk in a bag?" asked Maher Mutreb, a Saudi intelligence officer who worked for a senior adviser to the Saudi crown prince, according to the report.

"No. Too heavy," responded Salah al-Tubaigy, a forensics doctor from the Interior Ministry who would dismember and dispose of the body. He expressed hope his task would "be easy."

Tubaiqy continued: "Joints will be separated. It is not a problem. The body is heavy. First time I cut on the ground. If we take plastic bags and cut it into pieces, it will be finished. We will wrap each of them."

At the end of the exchange with Tubaiqy, Mutreb asks if "the sacrificial lamb" has arrived. At no point is Khashoggi's name mentioned, but two minutes later he enters the building.

Khashoggi is ushered to the consul general's office on the second floor where he meets Mutreb, whom he knew from when they worked together at the Saudi Embassy in London years earlier.

"What should I say? See you soon? I can't say kidnapping," Khashoggi responds.

"Cut it short," comes the reply. "Take off your jacket."

"How could this happen in an embassy?" Khashoggi says. "I will not write anything."

"Type it, Mr. Jamal. Hurry up. Help us so that we can help you because at the end we will take you back to Saudi Arabia and if you don't help us you know what will happen at the end; let this issue find a good end," Mutreb says.

The report says the rest of the recordings contain sounds of movement, heavy panting and plastic sheets being wrapped, which Turkish intelligence concluded came after Khashoggi's death as Saudi officials dismembered his body.

Mutreb and Tubaiqy are believed to be among those standing trial in closed hearings in Saudi Arabia for their roles in the crime.

Callamard also told reporters she had not been able to substantiate reports that U.S. authorities had intercepted communications from bin Salman on an alleged plot, but said they should have been investigated.

U.S. Secretary of State Mike Pompeo has characterized the killing of U.S. resident Khashoggi as "heinous," but both he and then Secretary of Defence James Mattis in November denied reports the CIA had established that MBS, as he is often referred as, directed the plot.

"There is no direct reporting connecting the crown prince to the order to murder Jamal Khashoggi," Pompeo said. 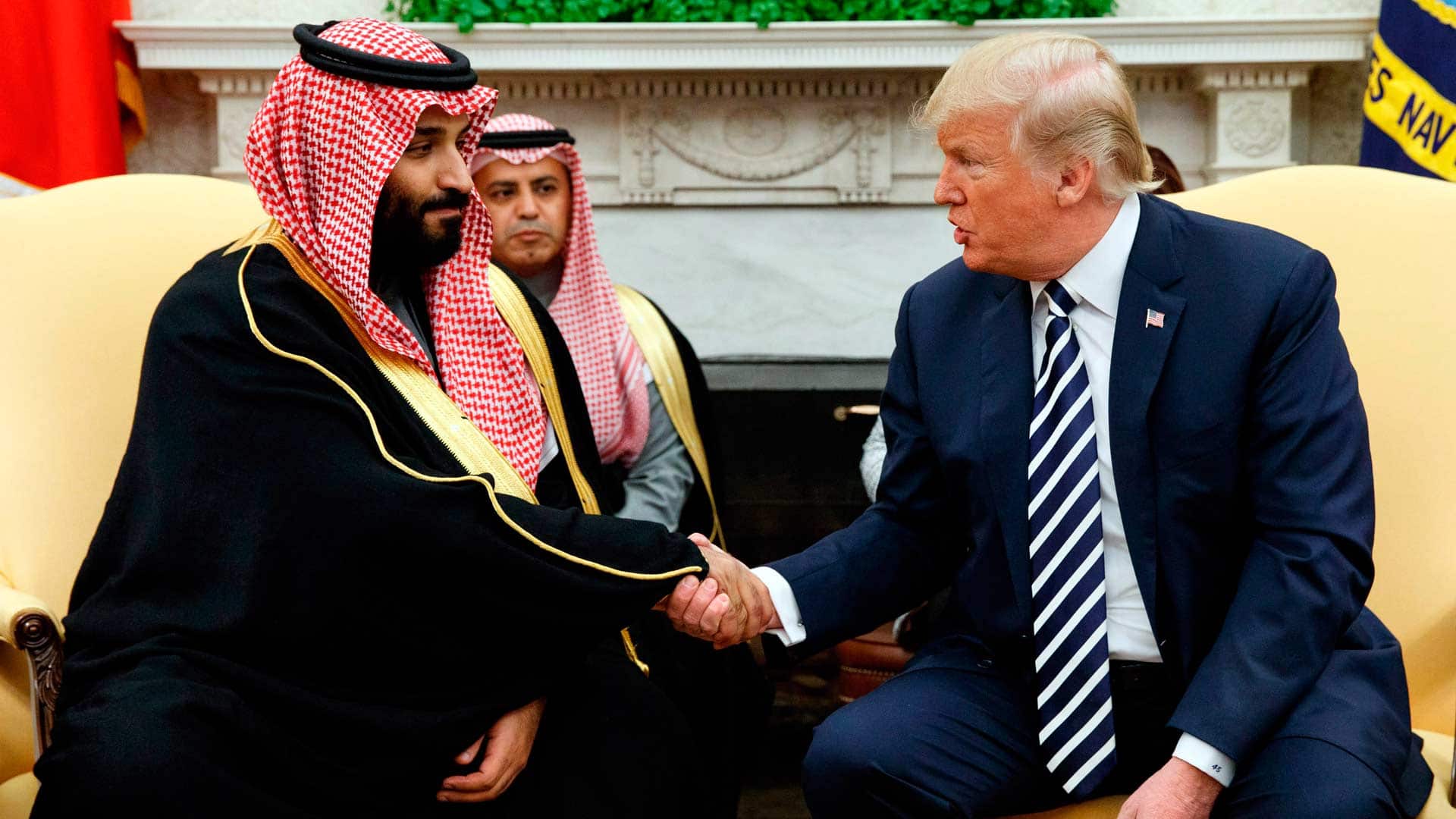 2 years agoVideo
2:04
Donald Trump said the United States will not punish Saudi Arabia for its role in the killing of dissident columnist Jamal Khashoggi and will continue supplying arms to its longtime partner in the Middle East. The comments come as Foreign Affairs Minister Chrystia Freeland says Canada "does not consider the Khashoggi affair to be closed." 2:04

Pompeo called the Saudis an important ally in defending U.S. interests, including against regional rival Iran, while Mattis said the U.S. was "seldom free to work with unblemished partners."

Around the same time, President Donald Trump said the CIA couldn't conclusively prove the crown prince approved the killing — a standard of proof not often available in the world of espionage.

"The CIA doesn't say they did it," Trump told reporters. "They do point out certain things. And in pointing out those things, you could conclude that maybe he did or didn't."