How do Black voters in key swing states view Kamala Harris, who is aiming to be the first Black, female vice-president? It's complicated. We spoke to residents of North Milwaukee, a predominantly African American area that could decide the election, to find out.

3 takeaways from conversations in a place of election kingmakers: North Milwaukee 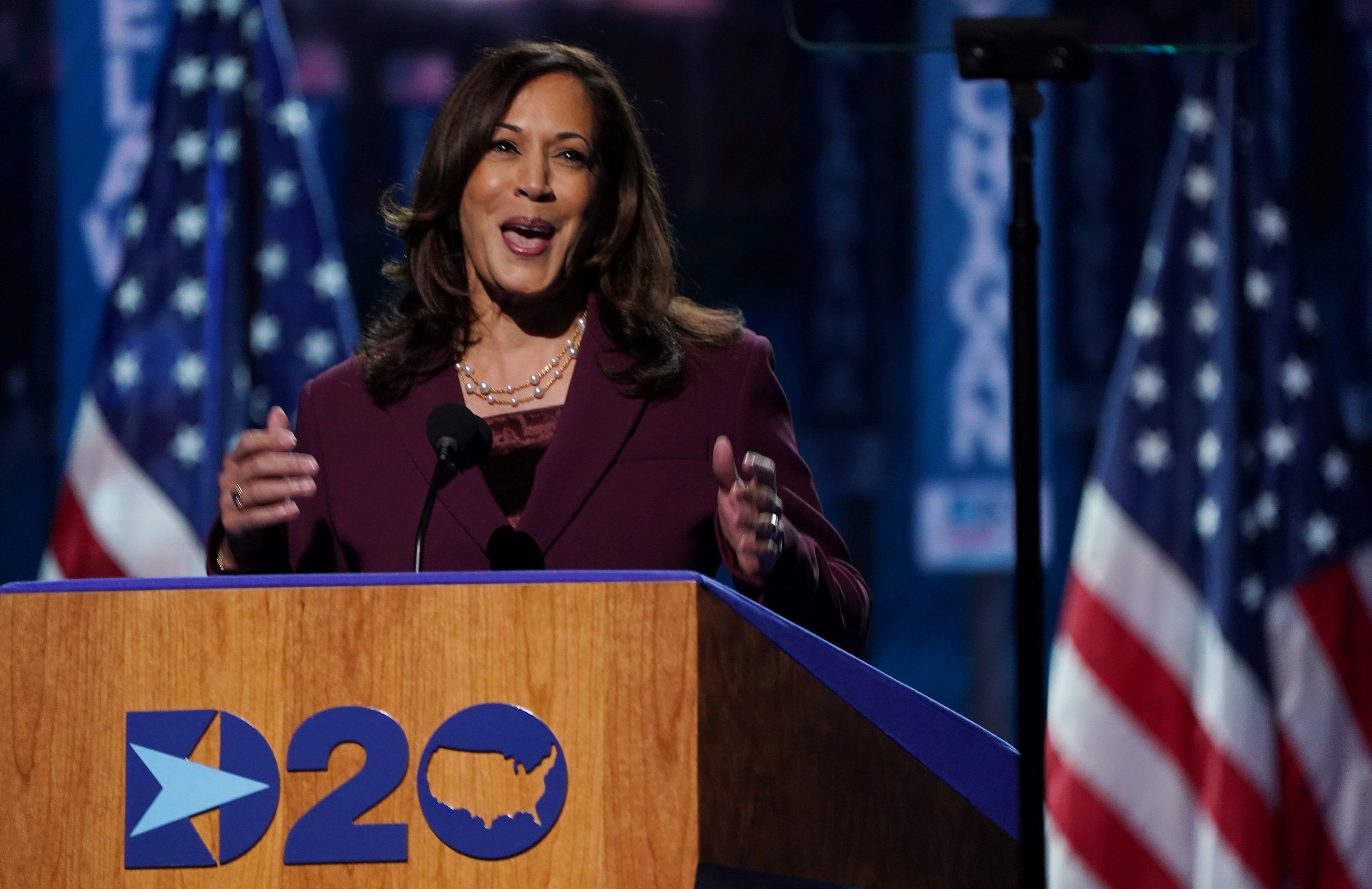 2 months ago
19:47
Kamala Harris issued an urgent plea to voters and said she shares Biden's vision of America, "where all are welcome, no matter what we look like, where we come from, or who we love." 19:47

As a former prosecutor argues her electoral case, some of the most powerful voters in the U.S. are deliberating over their verdict.

The ex-prosecutor is Kamala Harris, who addressed the Democratic convention Wednesday night in her bid to become the first woman and first African American vice-president.

If Harris's milestone place on a presidential ticket has the power to make a difference anywhere in this election, it's right here in Wisconsin's largest city.

That's because this state is the quintessential example — Exhibit A, if you will — of how a small shift in turnout can make or break the presidency of Donald Trump.

Trump eked out a win four years ago in this state by a mere 0.7 percentage points, as youth turnout dropped and Black turnout nosedived. In Milwaukee, nearly 40 per cent of residents are Black, and the city is highly segregated. 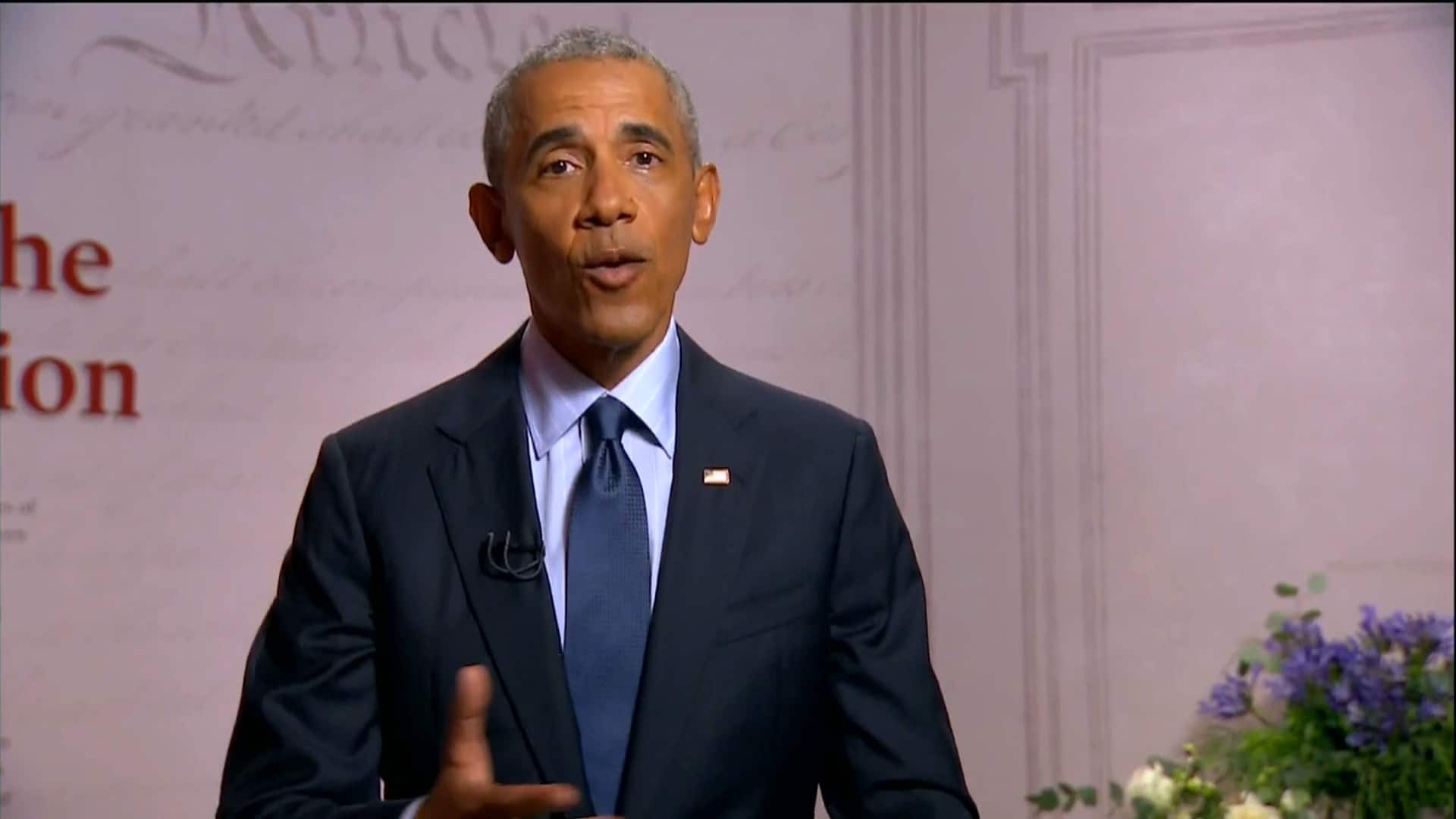 2 months ago
19:09
Former president Barack Obama delivers a takedown of Donald Trump while presenting Joe Biden and Kamala Harris as the people who will "lead this country out of these dark times." 19:09

In his convention speech, stark and striking for a former U.S. president, Obama warned that this election could decide the fate of American democracy itself. He argued that Trump's attacks on the press and on voting institutions, and that his use of the military as "political props," present an existential threat to the republic.

Harris then took to the podium after warm personal testimonials from her family, and her speech built up to top-of-mind policy preoccupations.

Harris described the unusually high death rate of Black people during the COVID-19 pandemic as the consequence of structural racism: of unequal education, health care, housing, job security and transportation.

"There is no vaccine for racism," Harris said.

"We've got to do the work. For George Floyd [and] Breonna Taylor, for the lives of too many others to name."

Harris's nomination has been broadly greeted as a political bonus for Democratic presidential nominee Joe Biden, drawing positive reviews and a surge in donations to the campaign.

But interviews with Black residents of Milwaukee this week suggest a far more complex conversation is unfolding within the Black community, especially in the northern half of a city still largely segregated by race.

They reveal an undercurrent of uncertainty.

In short: enthusiasm for an African American woman on the ticket, one with one of the U.S. Senate's most progressive voting records, is tempered by impassioned debates about her record.

"It's split: some like her and some don't," said Greg Lewis, a pastor working to turn out Black voters through his group Souls to the Polls Milwaukee.

Lewis said Harris's critics use epithets such as "Uncle Tom" or "sellout" because in her roles as district attorney in San Francisco and California attorney general, she prosecuted mainly Black people.

"She has to overcome that," he said.

There's even disinformation being spread online about her ethnicity, he said.

There are lies about her birth certificate, falsely claiming it shows she's "Caucasian," because that's the race it lists for Harris's Indian-born mother.

Older voters, she said, tend to be more excited about Harris's barrier-breaking potential. "[They're like], 'OK, an African American woman,'" said Hill, who runs an anti-racism consultancy, Race & Faith.

"But for people my age — I'm 40 — and younger it's kind of like, 'OK, we're still playing this game?' Just being Black isn't enough. Your policies matter. How you speak for folks that are most disenfranchised [matters]."

Three similar points kept popping up in conversation. And those points are backed up by the available public-opinion data.

One: Harris expected to increase turnout

Almost everyone interviewed said having Harris on the ticket would probably mean a bump in enthusiasm and turnout for Democrats.

That's supported by polls showing higher approval ratings for her than the three men on the major-party tickets; majority support for her nomination; and a similar number who view her as qualified to be president.

"She 100 per cent does [drive turnout]," said Tejean Neal, 19, a University of Wisconsin student. "I also think that's why Joe Biden picked her. He draws the Black vote from her."

Neal himself has deep reservations — about Harris and about Biden. He prefers more left-leaning politicians such as Sen. Bernie Sanders and congresswoman Alexandria Ocasio-Cortez.

Yet he's still voting Democrat because he calls it his civic duty as an American citizen to remove Trump from office.

"For her to … go into that position as a history-maker, I think that also excites people in Milwaukee and other places around the country with communities of colour," said Cavalier Johnson in an interview in his city-hall office.

Two: The effect will be modest

Even at the lower points in his presidency, Obama's approval ratings within the Black community existed in their own sky-high orbit — close to, or above, 90 per cent.

"He's like Nelson Mandela or [Martin Luther King Jr.] — people have that type of regard for him," said Neal standing at the counter of the coffee shop where he works.

Neal cites ingrained sexism as one reason for the weaker support for Harris: "She's a woman."

But he also attributes it to a more skeptical, and demanding, electorate. Neal's place of work is a reminder that the Obama era didn't resolve historic problems. 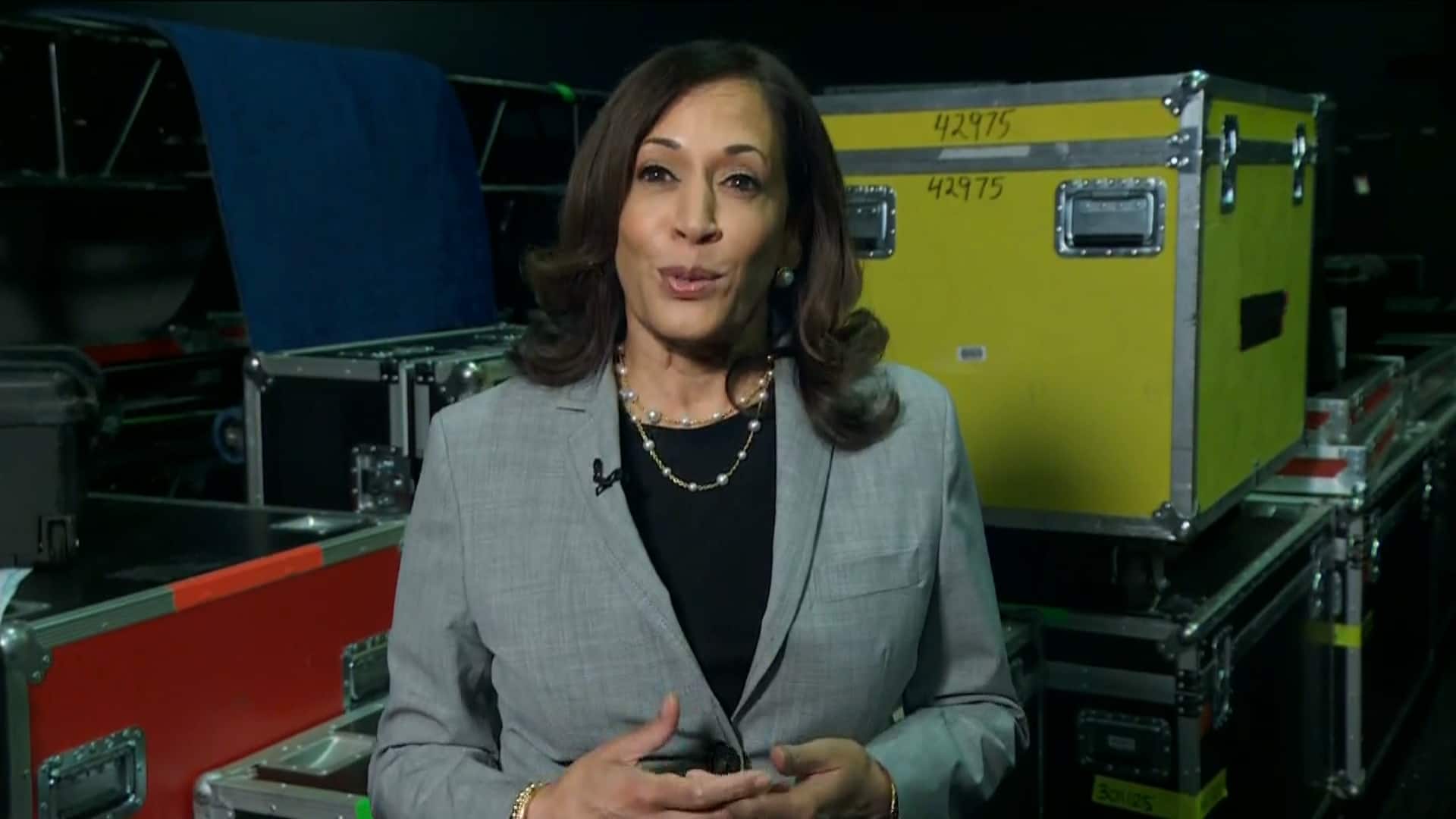 2 months ago
1:17
Presumptive Democratic vice-presidential nominee Kamala Harris had a message for Americans ahead of the night's event. 1:17

The coffee shop is in a business park — one built from the wreckage of a building burned in rioting in 2016, across the street from a police station.

He said African Americans have already had a Black president and have limited expectations of how much difference a Black VP would make.

Two surveys conducted for CNN and The Economist both show strong but not astronomical support for Harris — ranging from 44 to 48 per cent among self-identified Black voters and "people of colour" and disapproval ranging from 21 to 28 per cent.

Asked how much she could affect the Black turnout, Hill says, "My honest answer: I don't know."

Progressives criticize Harris's wobbling stance on Sanders's Medicare for All plan. And for her similarly wavering messaging on law enforcement.

The first, Smart On Crime, extols police officers, and says they make Black communities safer, and calls the idea that Black people oppose police a myth.

The book also calls for more police on the streets.

That was years before defunding the police became a widely known rallying cry on the progressive left.

One devastating moment that damaged Harris's 2020 presidential run was when a rival accused her of a hypocritical flip-flop on marijuana — from prosecuting pot possession to now joking about having smoked it.

Harris, on Wednesday night, sought to reframe the story of her time as a California prosecutor and attorney general.

She cast herself as a defender of the little guy and prosecutor of the powerful, citing transnational gangs, rapists, big banks and a for-profit college as examples of the latter.

At the coffee bar Wednesday, Neal insisted she hasn't earned his vote.

"She's going to help Joe Biden acquire the Black vote, [but] I don't think Black people should be behind her. Because she has not been behind Black people," he said.

Again, he said he would ultimately vote for her, casting his first-ever presidential ballot, simply in the hope of ousting Trump.

Hill said she wishes her community might aim higher than just beating Trump. She described the incumbent president as a mere baseline, a floor, not a respectable standard for comparison to anyone else.

She said white progressives sound more enthused than she is about Harris and related a recent conversation with a friend: "She's jazzed, pumped and happy about Kamala Harris."

And she paused to reflect on the fact that the aspiring first Black, female vice-president doesn't have the full support of Black people.

"Everybody's not 100 per cent. And I feel like that's OK, because we are not monolithic," Hill said.

"We have diverse thoughts and opinions, and we're allowed to have that."