A suicide bomber kills at least 32 people inside a Shia mosque in the Afghan capital of Kabul. 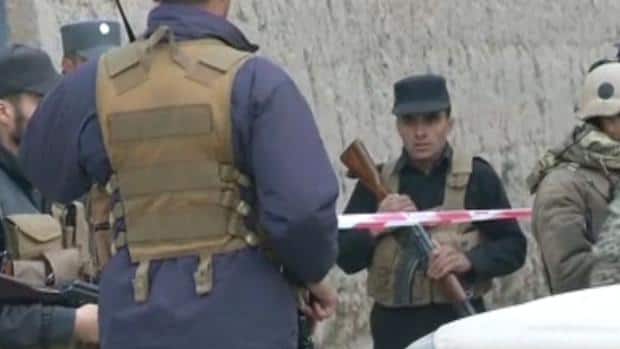 A suicide bomber killed at least 32 people inside a Shia mosque in the Afghan capital of Kabul, officials and eyewitnesses said.

Ismail Kawasi, spokesman for the Public Health Ministry, said Monday that at least 45 others were wounded. Kawasi added that at least one small child is among the dead.

Faredoon Obiadi, head of the criminal investigation department for the Kabul police, said the attacker detonated his suicide vest among the crowds inside the Baqir-ul Ulom mosque in western Kabul.

The attack took place on the first floor of the two-storey building where Shiite worshippers had gathered to commemorate the death of Imam Hussein, the Prophet Muhammad's grandson and an iconic Shiite martyr, in Karbala, Iraq in AD 680.

"I was inside the mosque and the Mullah was reading the prayer, suddenly a huge explosion happened then everywhere was dark," said Ewaz Ali, 50 who suffered minor injuries.

No group has yet claimed responsibility, but the Taliban, which has sought to reimpose strict Islamic law since they were toppled in 2001, denied any involvement.

"We have never attacked mosques as it's not our agenda," said the militant group's main spokesman, Zabihullah Mujahid.

Militant Sunni fundamentalists like the Taliban and the Islamic State in Iraq and Syria view Shia as apostates and frequently attack their mosques and public gatherings. Monday's bombing struck a ceremony commemorating 40 days since the anniversary of Hussein's death. In early October, at a gathering commemorating the actual death anniversary, militants attacked another Shia shrine in Kabul, killing 14.

Amnesty International's South Asia Director Champa Patel said, "The attack on a Shia mosque in Kabul is a horrific and deliberate attack on civilians. The Afghan authorities must investigate this crime immediately and bring the perpetrators to justice. They have a duty to take effective measures to protect Shia Muslims from attacks and end impunity for previous abuses against the Shia community."

Shia in Afghanistan make up an estimated 15 per cent of the population of around 30 million. Their public celebrations and commemorations were largely banned during the five years when the Taliban controlled the country. But Afghanistan's Shia have become more public since the extremists were overthrown in the U.S. invasion of 2001.

In July this year, a suicide bomber targeted ethnic Hazaras, who are mostly Shia, as they marched through central Kabul to protest discrimination. At least 80 people were killed and more than 200 wounded in the blast that was claimed by ISIS.

In 2011, at least 54 people were killed when a suicide bomber detonated his device at a Kabul shrine where hundreds of people had gathered.