A U.S. judge refuses to grant the Trump administration a blanket extension of the deadline to reunite children separated from their parents at the border, instead acknowledging that more time may be justified only in specific cases.

A U.S. judge on Friday refused to grant the Trump administration a blanket extension of the deadline to reunite children separated from their parents at the border, instead acknowledging that more time may be justified only in specific cases.

The administration said it needed more time to reunite 101 children under five years old to ensure the children's safety and to confirm their parental relationships.

"There's always going to be tension between a fast release and a safe release," said Sarah Fabian, a Justice Department attorney.

U.S. District Judge Dana Sabraw ordered the administration to share a list of the 101 children with the American Civil Liberties Union, which successfully sued to force the reunions, by Saturday afternoon. The two sides will try to determine over the weekend which cases merit a delay in an effort to present a unified front in court on Monday morning.

The administration should stop trying to further prolong the suffering of these families.<br><br>Families belong together. No more excuses.

"The government must reunite them," the judge said. "It must comply with the time frame unless there is an articulable reason."

The administration has matched 86 parents to 83 children and 16 are not yet matched, Fabian said.

The deadline is July 10 for parents with children under five and July 26 for everyone else.

More than 2,000 children were separated from their parents after Attorney General Jeff Sessions announced in May that the zero-tolerance policy was in full effect, even if it meant splitting families. While parents were criminally prosecuted, children were placed in custody of the Health and Human Services Department.

Trump reversed course on June 20 amid an international outcry from opponents who said families should remain together.

On Thursday, Health and Human Services Secretary Alex Azar said fewer than 3,000 children are believed to have been separated, but that includes kids who may have lost parents along the journey, not just parents who were detained at the border. 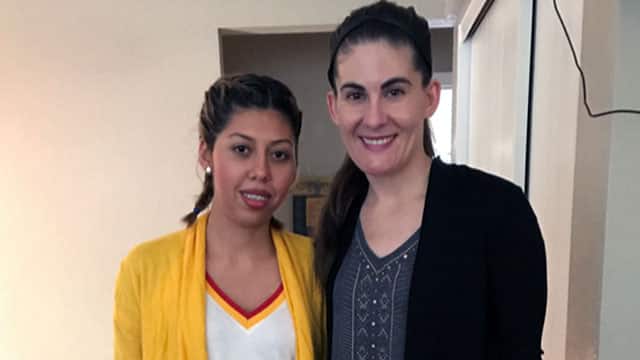 Challenges of reuniting separated families in the U.S.

2 years agoVideo
5:53
Sarah Jackson is the founder of Casa de Paz, an organization that helps detained immigrants find their families. Migrant parents separated from their children are struggling to navigate through the system with little to no help, she says, because the system is not equipped to handle this amount of people all at once. 5:53

If DNA testing is inconclusive, officials said in a court filing, they won't be able to confirm a child's parentage by the deadline. They will need more time to collect DNA samples or other evidence from parents who have been released from government custody.

About half of the parents of the 101 children are in the custody of Immigration and Customs Enforcement. Others have left the country or were released, Fabian said. She said it has been more difficult to reunite children when parents are outside government custody.

The judge, who was appointed by former president George W. Bush, set the deadline last week, writing that the "situation has reached a crisis level" and that the "chaotic circumstances" were of the government's own making.

Jonathan White, a Health and Human Services official, filed a declaration with the court that gives perhaps the most detailed account yet of what the government is doing and the hurdles it faces. Its database has some information about the children's parents but was not designed to reunify families by the court's deadline.

The department has manually reviewed the cases of all 11,800 children in its custody by working nights and weekends, White said. The results of that review are being validated. 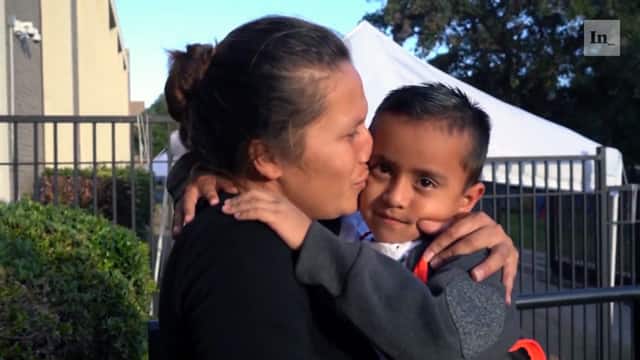 Migrant mother reunited with 5-year-old child after being separated at U.S. border

2 years agoVideo
5:37
Reunion of Guatemalan woman with her 5-year-old son was filmed by The Intercept's Debbie Nathan as part of an investigation at the U.S.-Mexico border 5:37

DNA cheek swab tests on parent and child take nearly a week to complete, said White, who called the risk of placing children with adults who aren't their parents "a real and significant child welfare concern."

"The Government does not wish to unnecessarily delay reunifications or burden class members," the Justice Department filing reads. "At the same time, however, the Government has a strong interest in ensuring that any release of a child from Government custody occurs in a manner that ensures the safety of that child."

The ACLU sued in March on behalf of a Congolese woman who was separated from her daughter for five months after seeking asylum at a San Diego border crossing and a Brazilian asylum-seeker who has been separated from her son since an arrest for illegal entry in August near the Texas-New Mexico border.