If Republicans agree to let former national security adviser John Bolton testify at the Senate impeachment trial, who could be next? 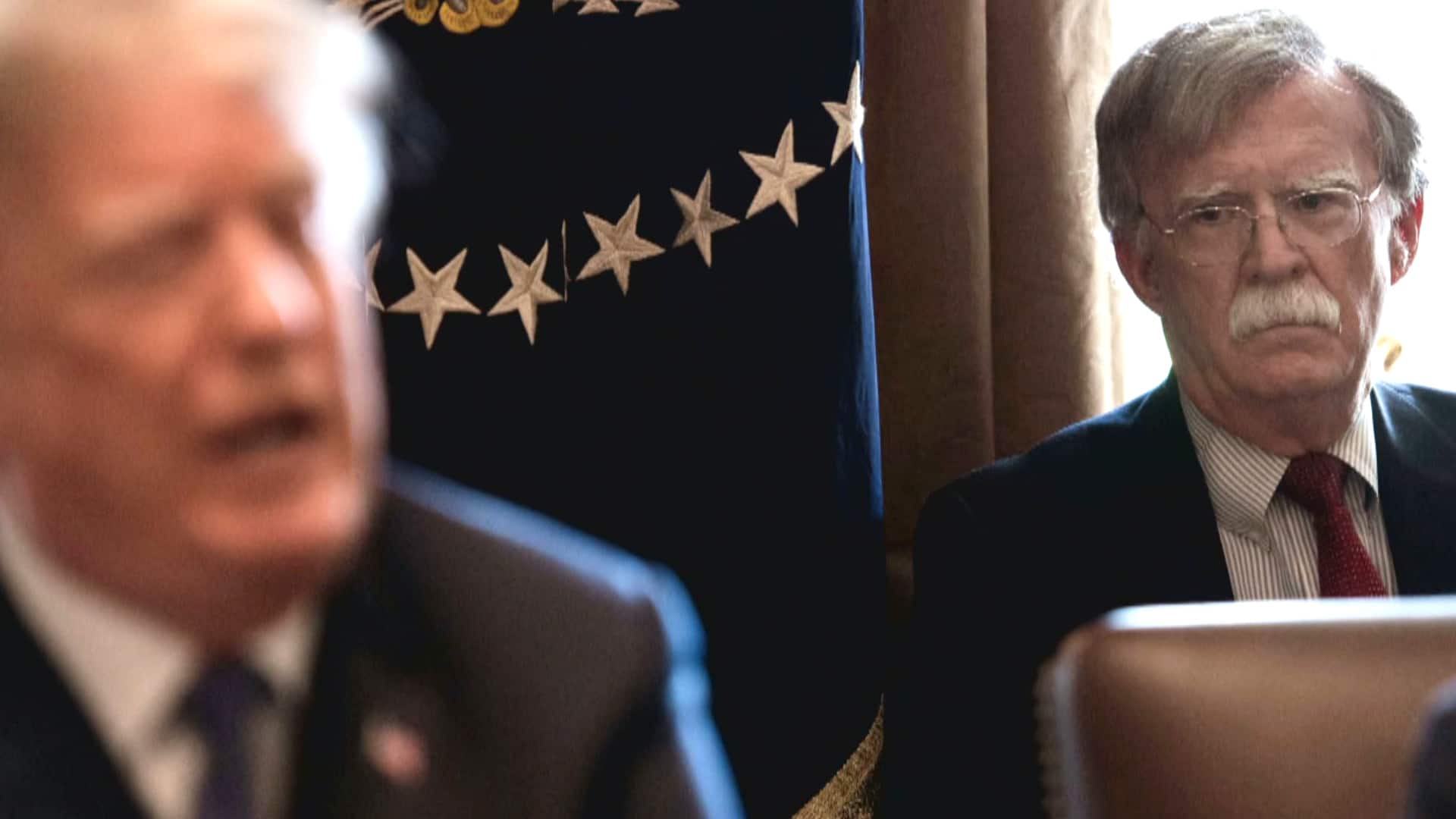 Once again the false gods of punditry have failed us. We were told that former national security adviser John Bolton is a team player and too loyal to the Republican Party — as well as socially and economically dependent on its good graces — to toss a grenade into the Trump White House, where until recently he'd had a prestigious seat near the centre of almost everything.

Yet he seems to have done just that with his soon-to-be-released memoir — teasingly titled The Room Where it Happened (borrowed from the musical Hamilton) — and turned a key part of the president's impeachment defence into a smoking crater.

A section of the manuscript for his book, first reported by the New York Times Sunday, has Bolton confirming that U.S. President Donald Trump told him directly that he wanted a freeze on military aid to Ukraine until Ukrainian government officials "helped with investigations into Democrats, including the Bidens."

That is the proverbial smoking gun, the "quid pro quo" that Trump has insisted doesn't exist.

It is Bolton bluntly confirming what is essentially the crux of the impeachment case against the president: that Trump used the power of his office to withhold vital military aid — aid directed by Congress — from a desperate ally, and intended to keep the aid withheld until the Ukraine president did him a personal political favour that would help Trump's re-election. 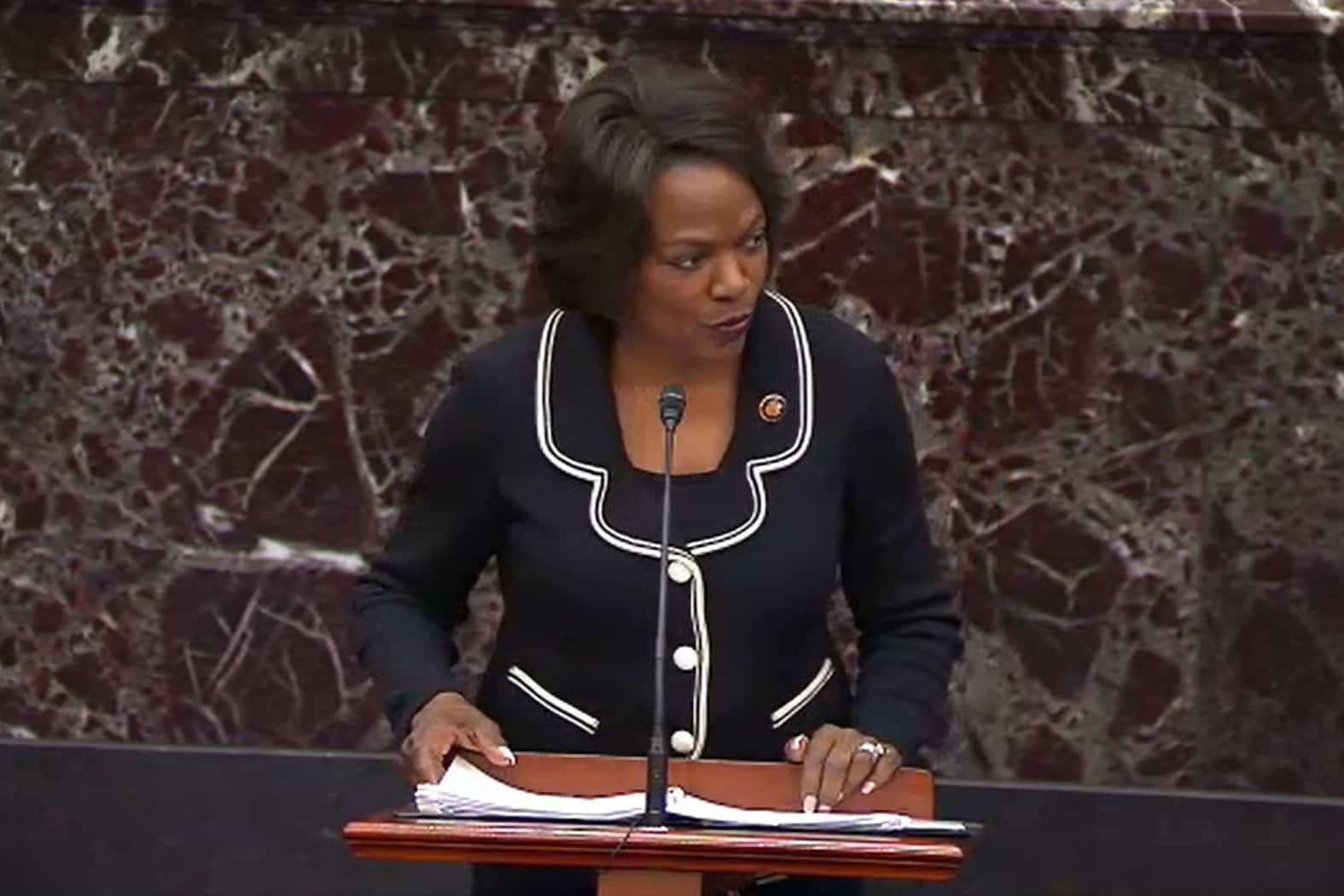 About that so-called 'drug deal'

As important — maybe more important in the strategic sense — it is Bolton making the strongest case for why senators should subpoena him to testify in the trial that's now underway in the Senate.

Even the president's friends at Fox News seem to see the threat looming on their horizon. The Monday morning briefing for the White House on Fox & Friends included a fretful advisory to the president that the Bolton news would knock the Trump defence train off its intended course (speedy trial, speedier acquittal) and shunt it along a slower, unpredictable and unpleasant siding.

"Devastating timing," agonized Fox host Brian Kilmeade, adding with unusual candour, "because this thing was on the fast track to closing out without witnesses on Friday." Fox apparently understood that fast track as the plan all along.

Anyone who has followed the story even marginally knows the Republican-majority Senate was — and probably still is — almost certain to acquit the president, and not remove him. While some Republican senators wavered slightly on Monday, others downplayed the news and questioned its authenticity.

But anyone following along can also see how important it is to the Trump administration that the whole story of what happened with Ukraine not come out. The White House has ignored subpoenas for witnesses and documents from the Democratic majority in the House, and it's backed the Republican majority's rules that might prevent any witnesses at all testifying in the Senate trial.

One might think that a president who is sincerely innocent of the accusations against him would OK the invitations to his White House staff and advisers to testify under oath in his defence. But Trump has sent only regrets.

I NEVER told John Bolton that the aid to Ukraine was tied to investigations into Democrats, including the Bidens. In fact, he never complained about this at the time of his very public termination. If John Bolton said this, it was only to sell a book. With that being said, the...

But now it gets sticky: Now that the public has some sense of what Bolton would say, it could be much harder for Republican senators — especially those in swing states — to go along with Trump and vote against having witnesses at his trial than it is for them to vote for acquitting him.

WATCH | Trump attorney Alan Dershowitz says Bolton's account would still not constitute an abuse of power on the president's part: 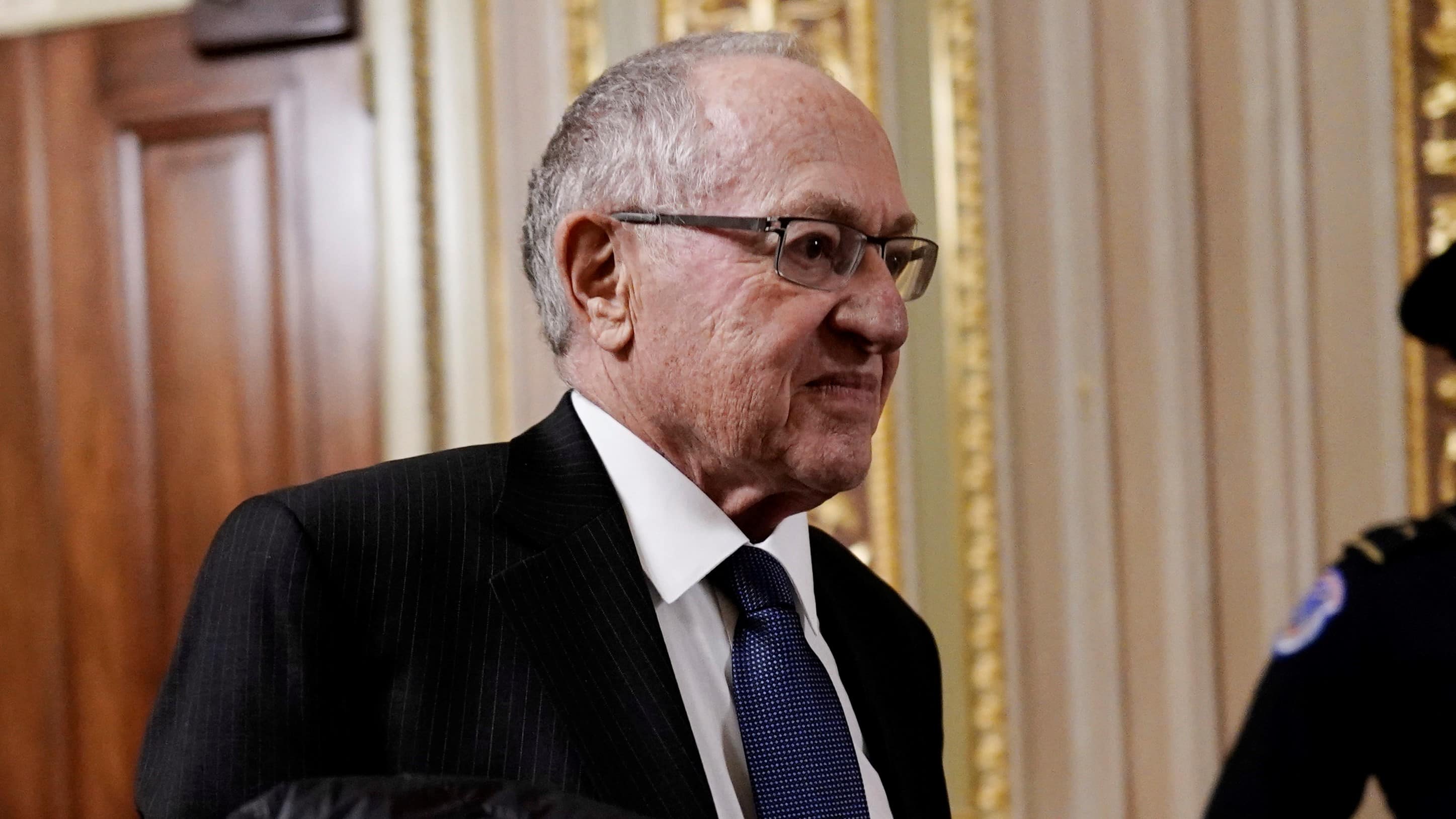 12 months agoVideo
2:15
Trump attorney Alan Dershowitz argues that if a president issues a quid pro quo to a foreign country, it still does not constitute an abuse of power at the Senate impeachment trial. 2:15

He is a credible witness.

Bolton is known and feared — even by some Republicans — for his hardline conservative interventionist views on U.S. foreign policy. When President George W. Bush appointed him ambassador to the United Nations, he couldn't get Bolton confirmed by the Republican majority in the Senate.

He's a hawk's hawk who has advocated for regime change in North Korea and Iran. Even after an acrimonious departure from the White House, he cheered Trump's drone strike against Iranian general Qassem Soleimani earlier this month.

All that makes Bolton a straight-shooting darling to a certain kind of Republican — a Trump Republican. His bona fides with them is causing them some hard swallowing now.

Sen. Lindsey Graham, for one, usually in lockstep with the president, did not follow the president's lead when he said he never had the conversation Bolton describes. Graham says he wants to see the Bolton manuscript.

Same with some of the softer types. Sen. Susan Collins, of Maine, said the news reports about Bolton "strengthen the case for witnesses and have prompted a number of conversations among my colleagues."

Collins persistently teases that she's troubled by the president's behaviour, policies, appointments, etc. — just before she votes with him. And maybe this time will turn out like all the other times. Then again, maybe it won't.

Sen. Mitt Romney said he wanted Bolton to testify and felt sure other Republicans would as well. "It's important to be able to hear from John Bolton for us to be able to make an impartial judgment," he said. 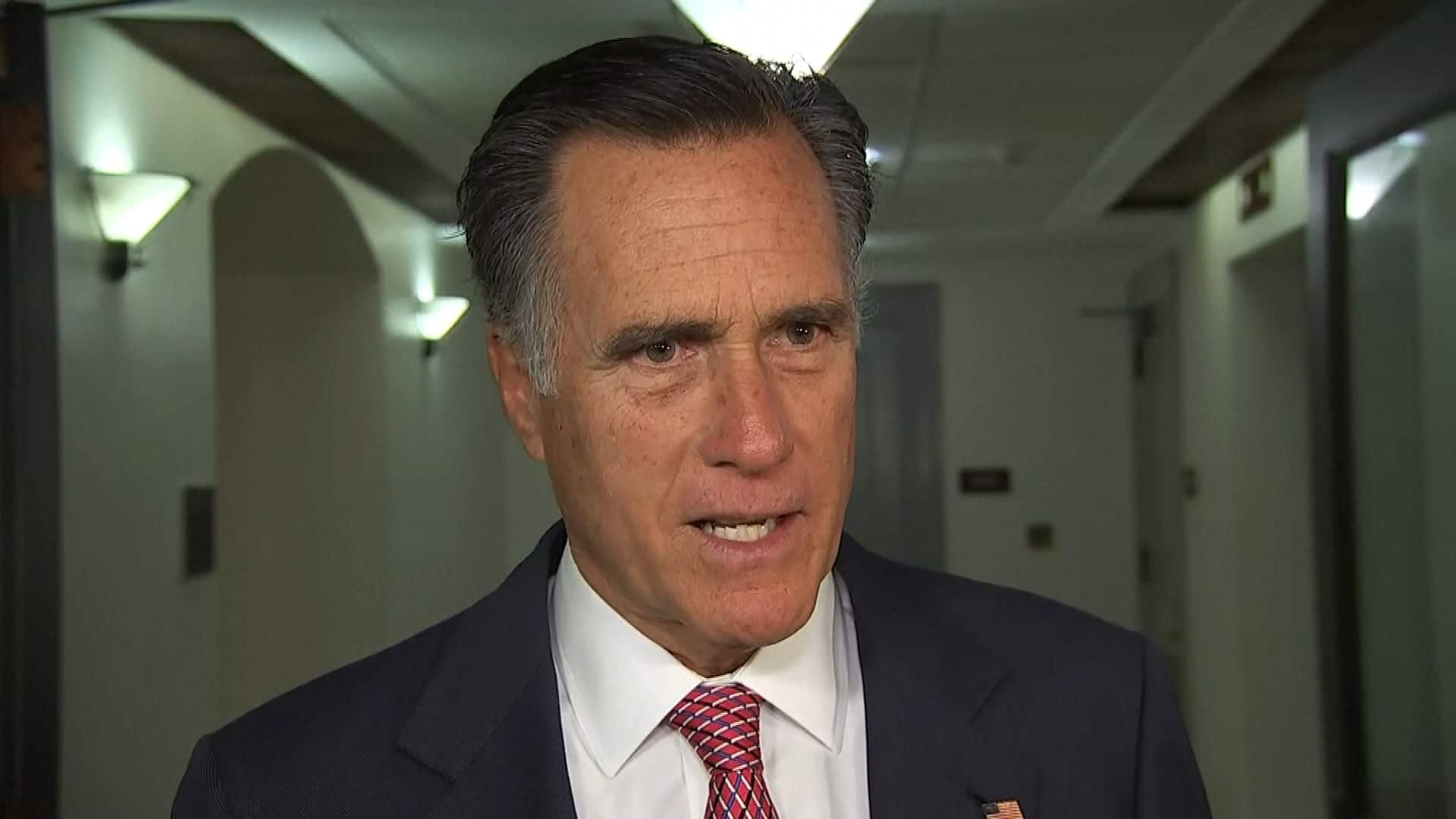 12 months agoVideo
0:26
Sen. Mitt Romney, a Republican, says he thinks it’s important to hear from John Bolton after details of the former national security adviser’s manuscript emerged in the press. 0:26

It's still far from a given that enough Republicans would vote to have witnesses (just four would need to side with Democrats to reach a simple majority of the Senate — 51).

But the underlying question, of course, is this: Once it's started, where does it stop?

If Bolton testifies, then why not Secretary of State Mike Pompeo, who has been implicated by the testimony of others.

Or Rudy Giuiliani, the former New York mayor and the president's personal lawyer who others have identified as central to the scheme.

Or Mick Mulvaney, the White House chief of staff who admitted publicly that getting Ukraine to investigate a bogus 2016 election-meddling theory was the quid pro quo for U.S. military aid.

Seeing this coming will provoke a predictable bare-knuckle response from the White House.

The defence will seek to call its own witnesses. Among them, the whistleblower whose complaint exposed the Ukraine quid pro quo scheme. And, of course, Joe and Hunter Biden, whom the president has wanted to implicate in Ukrainian corruption since the former vice-president announced his campaign to challenge Trump for the White House.

If it's going to be a hot mess, goes the White House strategy, let's make it bipartisan: a hot mess for everyone.