Democratic presidential candidate Joe Biden says U.S. President Donald Trump testing positive for the coronavirus is a "bracing reminder" of the seriousness of the virus. He also says he's received two tests, and both came back negative. 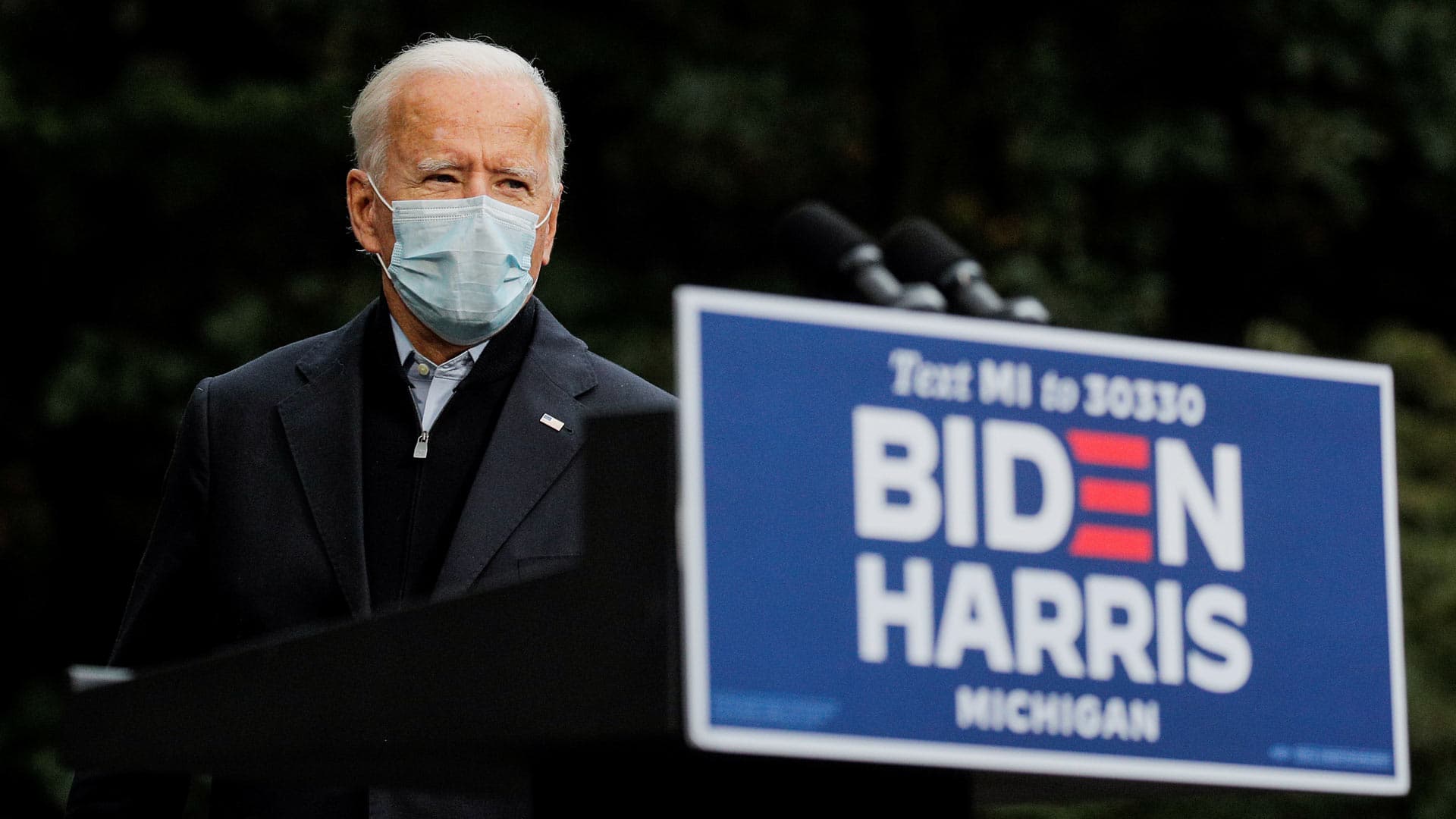 Democrat Joe Biden offered sympathy to U.S. President Donald Trump over his coronavirus diagnosis Friday while casting the moment as a reminder of the worldwide health crisis that has hit the country particularly hard.

Shortly after the White House announced Trump would spend "a few days" at Walter Reed National Military Medical Center, the Biden campaign said it would take down its negative advertising. Biden said from the battleground state of Michigan that it cannot be a "partisan moment" and that Americans must "come together as a nation."

Speaking from the parking lot of a union hall while wearing a mask, Biden said Trump's diagnosis is a "bracing reminder to all of us that we have to take this virus seriously."

"It's not going away automatically," Biden added.

One month before election day, Biden faces a unique moment in what has already been a chaotic presidential campaign. He must balance his opponent's illness and its destabilizing effect on Washington while making a closing argument that the coronavirus is serious and requires stronger leadership in the White House.

Jill and I send our thoughts to President Trump and First Lady Melania Trump for a swift recovery. We will continue to pray for the health and safety of the president and his family.

Biden has long offered a contrast to Trump in substance and style when it comes to the coronavirus, which has killed more than 205,000 Americans and more than one million people worldwide. He's issued multiple plans for dealing with the public health and economic implications of the pandemic, while Trump has largely left state and local officials to create their own guidelines and frequently contradicts his own public health experts.

Biden has taken a low-key approach to in-person campaigning, largely keeping a thinner schedule of small, physically distanced events and adhering closely to state and local public health recommendations regarding masks. Meanwhile, Trump has proceeded with large in-person rallies where attendees often go maskless, and he regularly mocks Biden's decision to wear a mask in public.

The contrast between the two candidates was made even starker Friday as the president lay low in the White House before leaving for the military hospital. Trump confirmed the results of his test in an early Friday morning tweet, leaving much of Washington scrambling to assess the potential fallout, with little clarity on who in the administration may have been exposed and who had been tested.

Meanwhile, Biden, who spent 90 minutes on stage with Trump in their Tuesday debate, went forward with a planned event in Michigan on Friday afternoon after testing negative.

His running mate, California Sen. Kamala Harris, also tested negative for the virus and held planned events Friday, a fundraiser with former president Barack Obama and a drive-in rally in Las Vegas. Throughout the day, she mentioned Trump's diagnosis only once — during the fundraiser, where she offered her "deepest prayers" for the president and his wife. She made no mention of the development during her later event in Las Vegas.

Some Democrats were careful to avoid gloating over Trump's diagnosis after his consistent flouting of health guidelines, aware of political implications of being seen as celebrating the president's illness. New York Rep. Alexandria Ocasio-Cortez, a leading progressive figure, called news of the president's infection "tragic."

"I personally don't think it's appropriate for us to be talking about how a diagnosis of a disease is a political play," she said. "I hope that this rallies the country to socially distance, to get more serious, if they haven't, about mask-wearing and making sure that we are taking spread of this disease seriously."

Obviously, we’re in the midst of a big political battle right now, and while there’s a lot at stake, let’s remember that we’re all Americans. We’re all human beings. And we want everyone to be healthy, no matter our party.

"He doesn't need to say 'I told you so.' History is saying 'I told you so,'" she said. "[Biden] just needs to continue to abide by what he has before: His true North has always been science, evidence, truth, the experts, and keeping the well being of voters front and centre, and that will continue to be the case."

Jesse Ferguson, a former Hillary Clinton spokesperson, said Trump's diagnosis crystalizes the stakes of the presidential campaign on the pandemic.

The development comes at a pivotal time in the campaign.

The Biden campaign just began launching in-person canvassing, after largely focusing on virtual events because of the pandemic. Biden himself ramped up the pace of his campaigning earlier this week with a seven-stop train tour of Ohio and Pennsylvania, and he was planning to venture out west next week for his first campaign event in Arizona.

The Biden campaign declined to comment on whether those plans would change in the days ahead. Meanwhile, Trump has cancelled all his in-person events, with plans to hold them online.

WATCH | What Trump's COVID-19 diagnosis means for the presidential election: 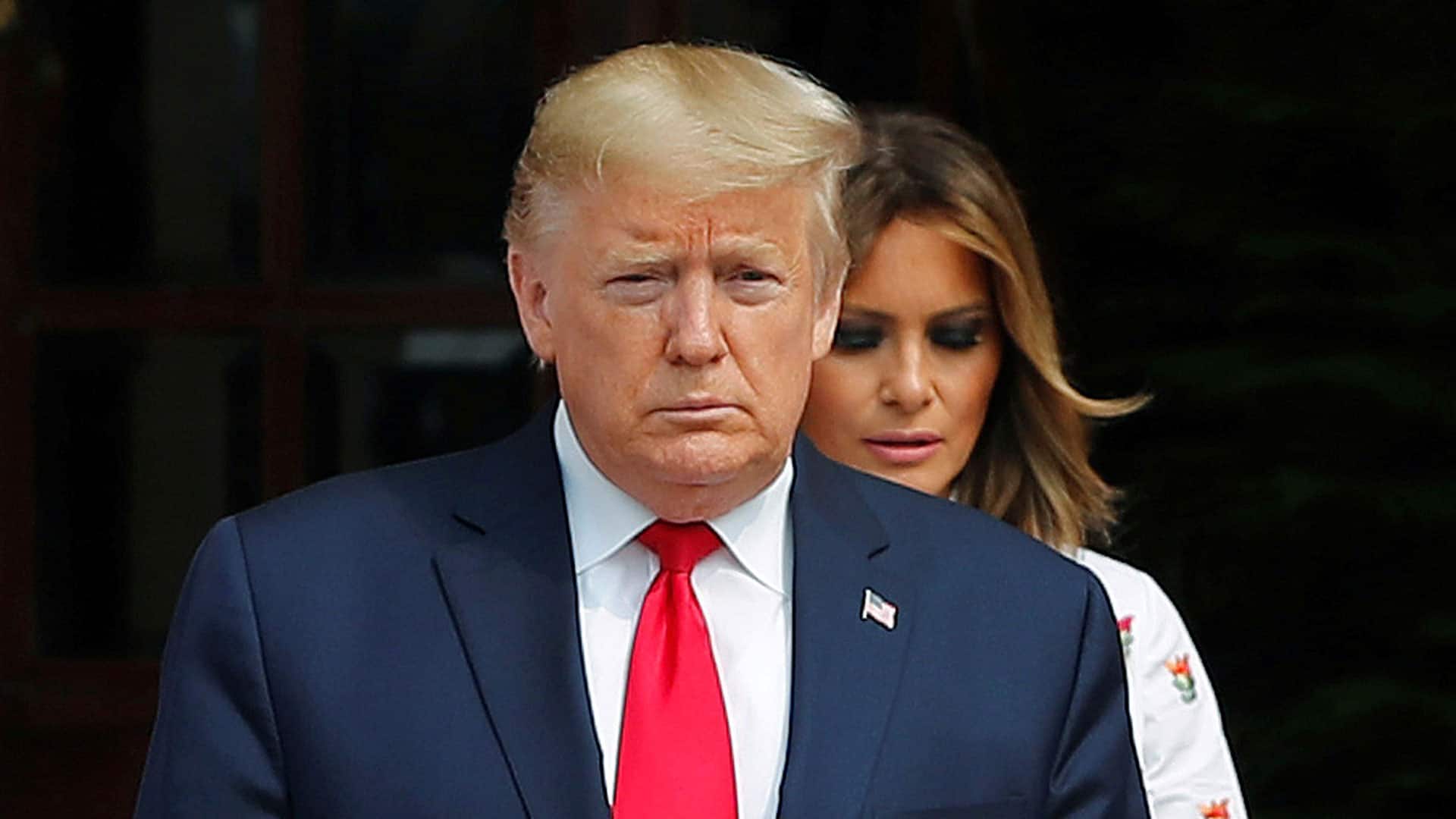 2 months agoVideo
2:06
Donald Trump’s COVID-19 diagnosis raises the question about the upcoming election: What would happen if a major-party nominee died or became incapacitated this close to election day? 2:06

"Joe Biden is a complete hypocrite because after months of saying door-to-door campaigning was dangerous and would kill people, his campaign is now engaged in doing just that because he knows he's getting outworked on the ground," he said.

But some Republicans acknowledged this marked a "role reversal" of sorts, as West Virginia Republican Rep. Alex Mooney said, noting that the president will be unable to engage in the massive rallies that have long fuelled the energy behind his campaign.

"Biden's been hiding in his basement for months — but now he's coming out to do in-person rallies," he said. "And now Trump will have to do them by Zoom."