U.S. President Joe Biden signed 15 executive actions shortly after being sworn in on Wednesday, undoing policies put in place by his Republican predecessor, Donald Trump, and making his first moves on the pandemic and climate change.

Signing several actions in front of reporters in the Oval Office on Wednesday afternoon, Biden said there was "no time to waste" in issuing the executive orders, memorandums and directives.

"Some of the executive actions I'm going to be signing today are going to help change the course of the COVID crisis, we're going to combat climate change in a way that we haven't done so far and advance racial equity and support other underserved communities" said Biden. "These are just all starting points."

Aides said the actions the Democratic president signed included a mask mandate on federal property and for federal employees, an order to establish a new White House office co-ordinating the response to the coronavirus and halting the process of withdrawing from the World Health Organization. 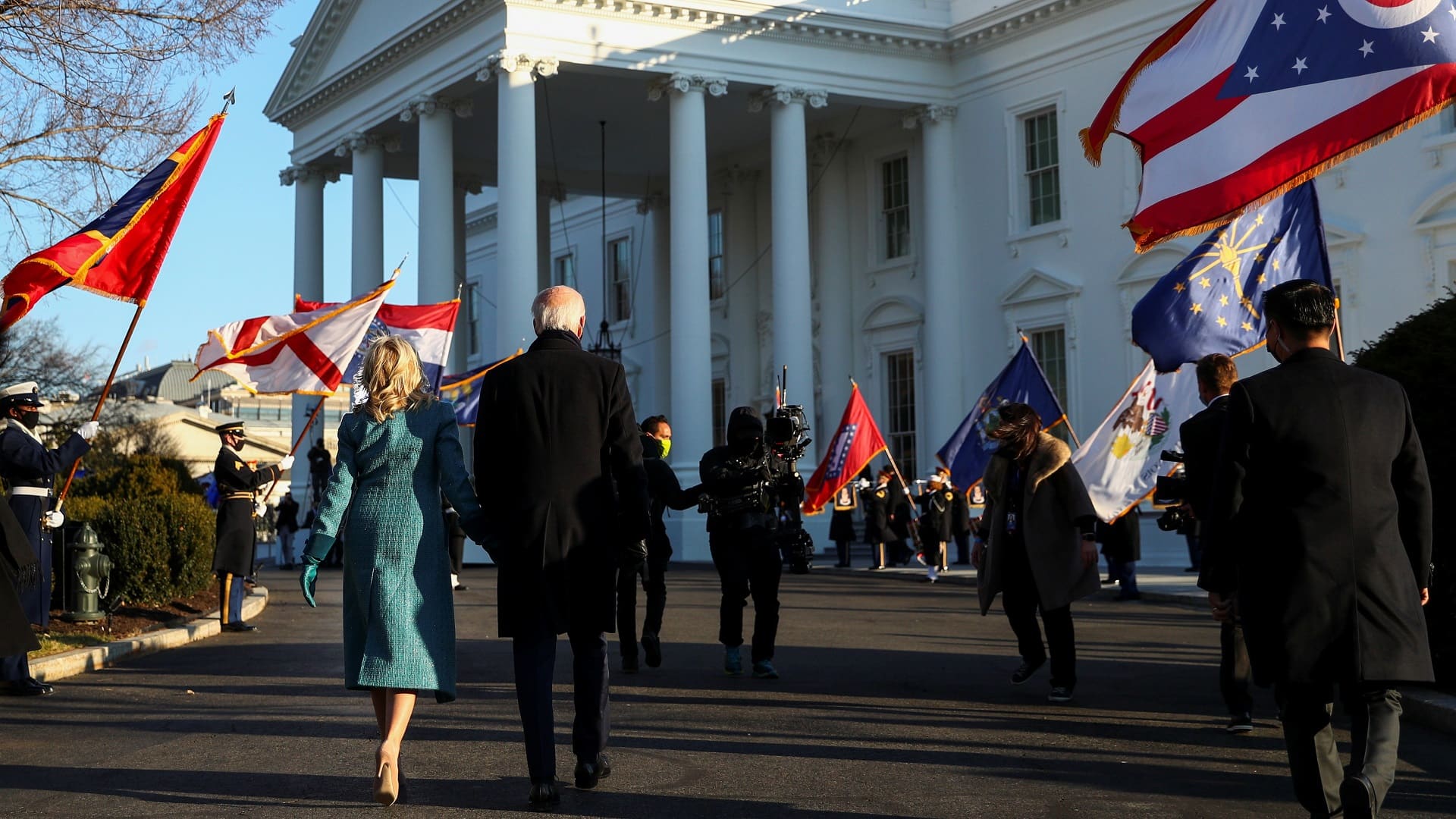 1 month ago
4:15
U.S. President Joe Biden, followed later by Vice-President Kamala Harris, walked down Pennsylvania Avenue with their families then entered the White House for the first time since their inauguration just hours before. 4:15

Biden signed a document to begin the process of re-entering the Paris climate accord and issued a sweeping order tackling climate change, including revoking the presidential permit granted to the contentious Keystone XL oil pipeline.

Among a raft of orders addressing immigration, Biden revoked Trump's emergency declaration that helped fund the construction of a U.S.-Mexico border wall and ended a travel ban on some majority-Muslim countries.

The Day One plans were just the start of a flurry of executive actions Biden would take soon after entering office, according to his press secretary, Jen Psaki.

"In the coming days and weeks, we will be announcing additional executive actions that confront these challenges and deliver on the president-elect's promises to the American people," Psaki said.

Further actions would include revoking the ban on military service by transgender Americans, and reversing a policy that blocks U.S. funding for programs overseas linked to abortion.

On the economic front, Biden asked the U.S. Centers for Disease Control and Prevention to extend a moratorium on evictions until the end of March, and the Department of Education to suspend student loan payments until the end of September.