Days before he was fired by Donald Trump, FBI Director James Comey requested more resources to pursue his investigation into Russia's election meddling and the possible involvement of Trump associates, U.S. officials said Wednesday, fuelling concerns that Trump was trying to undermine a probe that could threaten his presidency.

Days before he was fired by U.S. President Donald Trump, FBI Director James Comey requested more resources to pursue his investigation into Russia's election meddling and the possible involvement of Trump associates, U.S. officials said Wednesday, fuelling concerns that Trump was trying to undermine a probe that could threaten his presidency.

It was unclear whether word of the Comey request, put to Deputy Attorney General Rod Rosenstein, ever made its way to Trump. But the revelation intensified the pressure on the White House from both political parties to explain the motives behind Comey's stunning ouster.

The White House says that Trump had considered firing Comey "since the day he was elected president."

White House spokesperson Sarah Huckabee Sanders said Wednesday that the president had "lost confidence" in Comey and acted on the advice of the deputy attorney general and others when he decided to fire him on Tuesday. 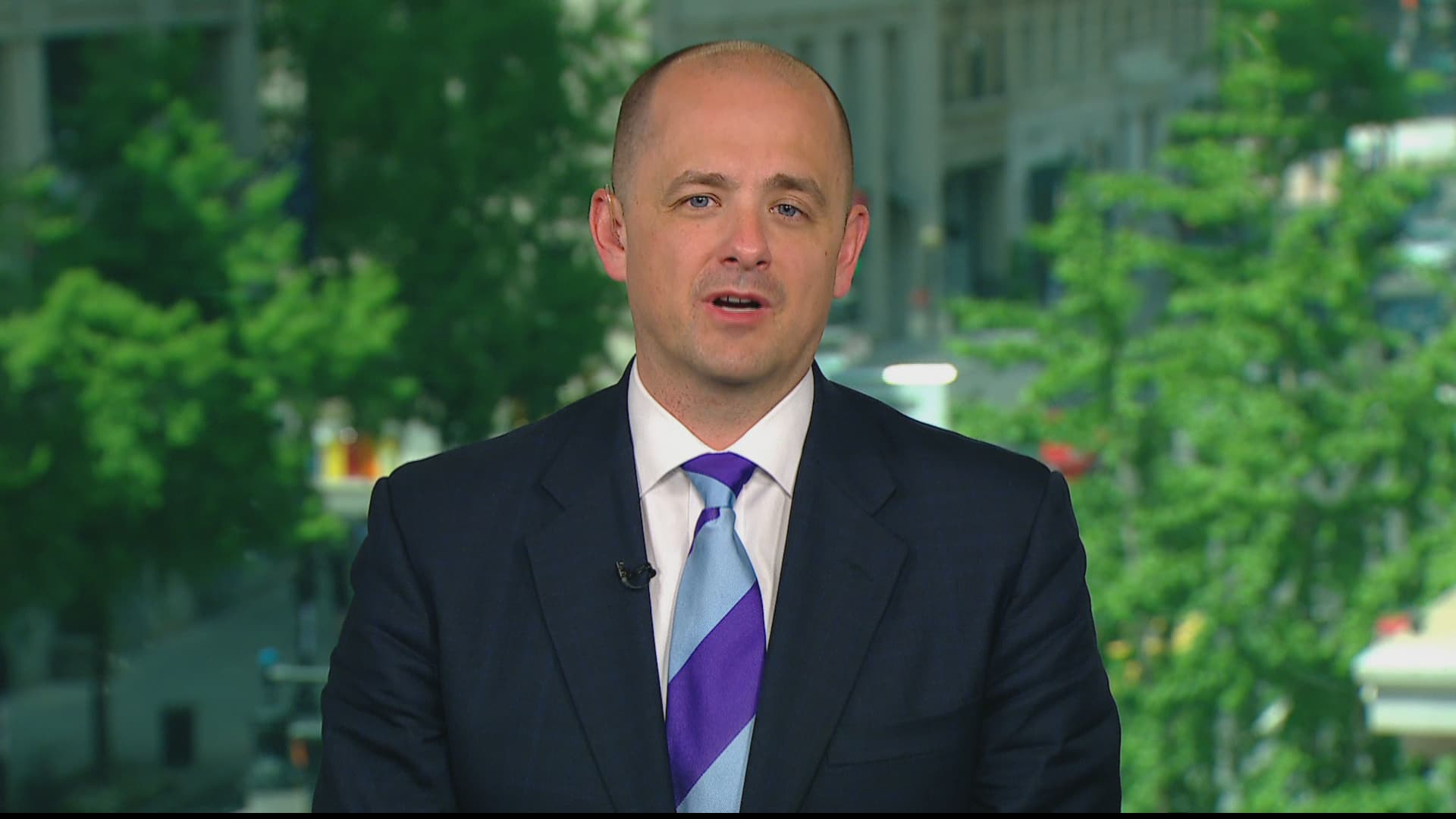 3 years ago
8:03
The 2016 independent Presidential candidate and former CIA operative says it's a “desperate act of self-preservation” 8:03

"I think it's been an erosion of confidence," Sanders said, adding there were a lot of "missteps and mistakes" leading up to the decision to let Comey go.

Trump also defended his decision, asserting in a flurry of tweets Wednesday that Republicans and Democrats "will be thanking me." Trump did not mention any effect the firing might have on the investigation into contacts between his 2016 campaign and Russia.

Instead, Trump tweeted that he'll name a replacement "who will do a far better job, bringing back the spirit and prestige of the FBI."

Trump didn't answer any further questions about the matter.

The investigation has shadowed Trump from the outset of his presidency, though he's denied any ties to Russia or knowledge of campaign co-ordination with Moscow, ridiculing the investigations as "a hoax."

Democrats likened Comey's ouster to former president Richard Nixon's "Saturday Night Massacre" and renewed calls for the appointment of a special prosecutor, and some Republicans also questioned the move.

In a flurry of tweets, Trump said Comey had "lost the confidence of almost everyone in Washington," adding:  "When things calm down, they will be thanking me!"

The Democrats have said some of the worst things about James Comey, including the fact that he should be fired, but now they play so sad!

James Comey will be replaced by someone who will do a far better job, bringing back the spirit and prestige of the FBI.

Comey lost the confidence of almost everyone in Washington, Republican and Democrat alike. When things calm down, they will be thanking me!

Dems have been complaining for months &amp; months about Dir. Comey. Now that he has been fired they PRETEND to be aggrieved. Phony hypocrites!

In his brief letter Tuesday to Comey, Trump said the firing was necessary to restore "public trust and confidence" in the FBI. The administration paired the letter with a scathing review by Deputy Attorney General Rod Rosenstein of how Comey handled the investigation into Democrat Hillary Clinton's email practices, including his decision to hold a news conference announcing its findings and releasing "derogatory information" about Clinton.

While Comey has drawn anger from Democrats since he reopened the email investigation in the closing days of last year's campaign, they didn't buy that justification for his firing. Several Republicans joined them in raising alarms of how it could affect probes into possible co-ordination between Trump associates and Russia to influence the 2016 presidential election.

​Russian Foreign Minister Sergei Lavrov brushed off any concerns Comey's firing may have put a damper on his Wednesday meeting with Secretary of State Rex Tillerson.

Then the Russian diplomat waved his hand dismissively and exited the room alongside Tillerson. 3 years ago
6:30
John Dean discusses the parallels between recent events and Watergate 6:30

Vice-President Mike Pence said Comey wasn't fired because of the Russian probe, saying it was simply the right decision.

He added that the decision was based on Trump's commitment to ensuring the FBI has trust and confidence of the nation. Pence said he is confident Trump will find a replacement who can restore confidence in the FBI.

In one of the strongest statements by Republicans, Senator Richard Burr of North Carolina, chairman of the Senate intelligence committee, said, "I am troubled by the timing and reasoning of Director Comey's termination."

"His dismissal further confuses an already difficult investigation by the committee," Burr said.

Cryin' Chuck Schumer stated recently, "I do not have confidence in him (James Comey) any longer." Then acts so indignant. <a href="https://twitter.com/hashtag/draintheswamp?src=hash">#draintheswamp</a>

Trump will now appoint a successor at the FBI, which has been investigating since late July, and who will almost certainly have an impact on how the investigation moves forward and whether the public will accept its outcome.

It was only the second firing of an FBI director in history. In 1993 President Bill Clinton dismissed William Sessions amid allegations of ethical lapses.

Senate majority leader Mitch McConnell said only: "Once the Senate receives a nomination, we look forward to a full, fair and timely confirmation process to fill the director position. This is a critical role that is especially important as America faces serious threats at home and abroad."

Comey was speaking to agents at the FBI's field office in Los Angeles when the news broke. Television screens in the office began flashing the news, and Comey initially chuckled, according to a law enforcement official who was present and spoke on condition of anonymity. But Comey finished his speech before heading into an office and did not reappear in the main room. He later left Los Angeles on a plane to return to Washington.

No answer about Trump investigation

In his letter to Comey, Trump thanked him for telling him three times "that I am not under investigation." The FBI has not confirmed that Comey ever made those assurances to the president. In public hearings, Comey has declined to answer when asked if Trump is under investigation, urging lawmakers not to read anything into that statement.

Comey, 56, was nominated by former president Barack Obama for the FBI post in 2013 to a 10-year term, though that appointment does not ensure a director will serve the full term.

Praised frequently by both parties for his independence and integrity, he spent three decades in law enforcement.

But his prominent role in the 2016 presidential campaign raised questions about his judgment and impartiality. Though the FBI did not recommend charges against Clinton for mishandling classified information, Comey was blisteringly critical of her decision to use a personal email account and private internet server during her four years as secretary of state.

Comey strongly defended his decisions during a Senate judiciary committee hearing last week. He said he was "mildly nauseous" at the thought of having swayed the election but also said he would do the same again.

Clinton has partially blamed her loss on Comey's disclosure to Congress less than two weeks before election day that the email investigation would be revisited. Comey later said the FBI, again, had found no reason to bring any charges.