Six inmates were killed in a prison riot in Italy and guards were taken hostage at another jail, as unrest spread in prisons across the country over measures to contain the coronavirus, including restrictions on visits. 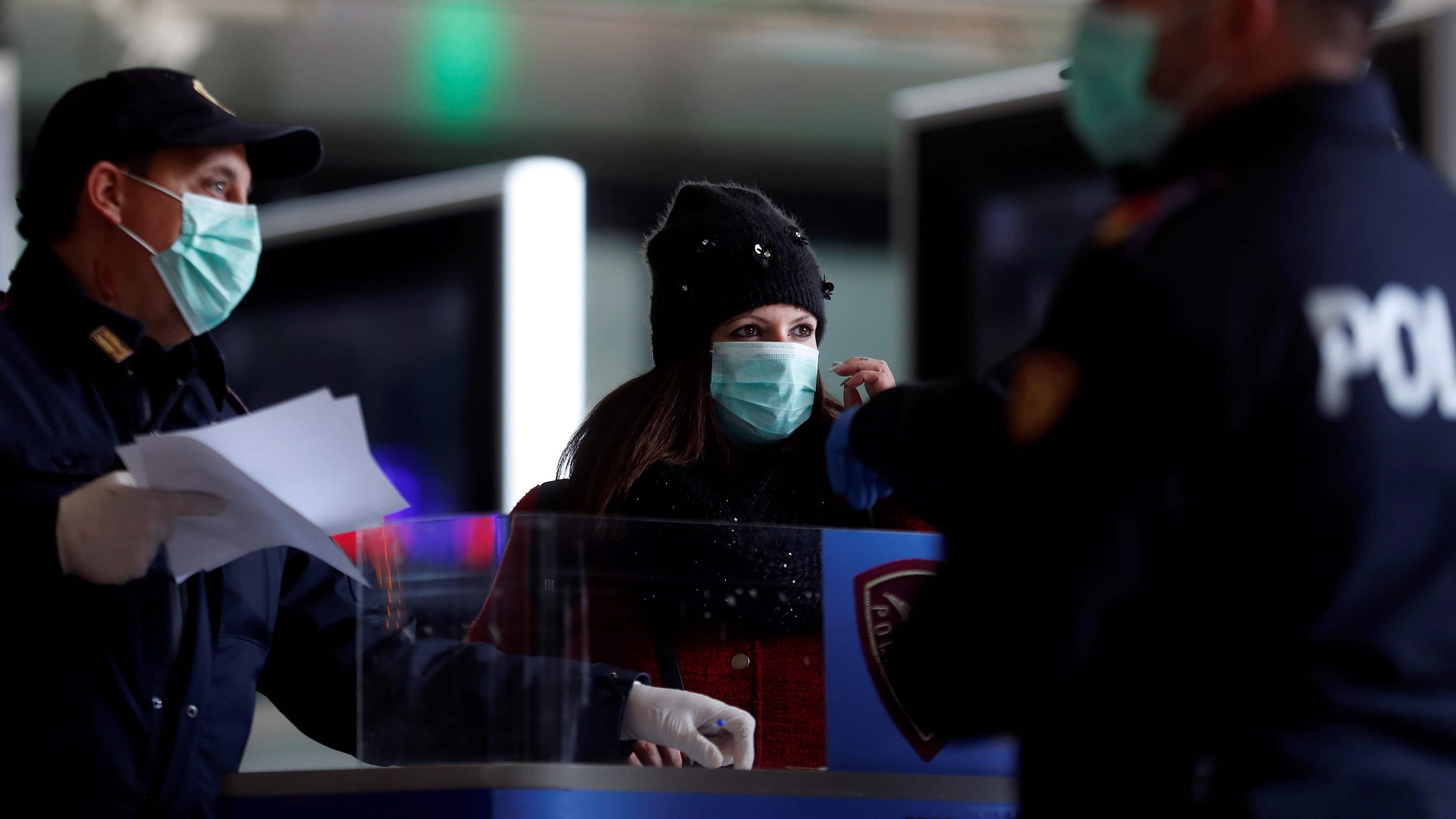 12 months agoVideo
3:44
The scale of the quarantine will confine almost a third of Italy's population, already living amid a fragile economy.   3:44

Six inmates were killed in a prison riot in Italy and guards were taken hostage at another jail, as unrest spread in prisons across the country over measures to contain the coronavirus, including restrictions on visits.

Italy's government has imposed a virtual lockdown across much of its wealthy northern regions at the epicentre of the contagion, in an effort to contain a virus which as of Sunday had killed 366 people.

In a TV interview the head of Italy's prison administration Francesco Basentini said three inmates had died inside a jail in the northern town of Modena, and three others had died after being transferred away from the prison.

"There have been a series of rebellions across the country," Basentini said. Video shown on Italian television showed police and fire trucks outside the prison as black smoke swirled into the sky.

Italian media reported that the prisoners in Modena had broken into the prison pharmacy and obtained drugs like methadone.

The justice ministry said fires had been set at a number of prisons causing severe damage.

Prison guards union Sappe said two guards had been taken hostage in the northern city of Pavia and were released after a police raid.

In an emergency decree on Sunday, the government imposed limits on direct contact between inmates and their families. Prisoners will be allowed to contact visitors by phone or other remote methods under the measures, in place until March 22.

Modena and Pavia are within the red zone that the government has established to limit the coronavirus contagion.

Justice ministry sources said two of the deaths in Modena were caused by an overdose from drugs found in the jail infirmaries, while a third prisoner was found blue in the face and the cause of the death was still unclear.

The prison unrest could add to political pressure on the government coalition of the centre-left and the anti-establishment 5-Star movement. Far-right League leader Matteo Salvini said: "The gates of the prisons shouldn't be thrown open with the excuse of the revolts."