'Everywhere was covered with blood and body parts. I saw bullet holes on the doors,' recounts witness 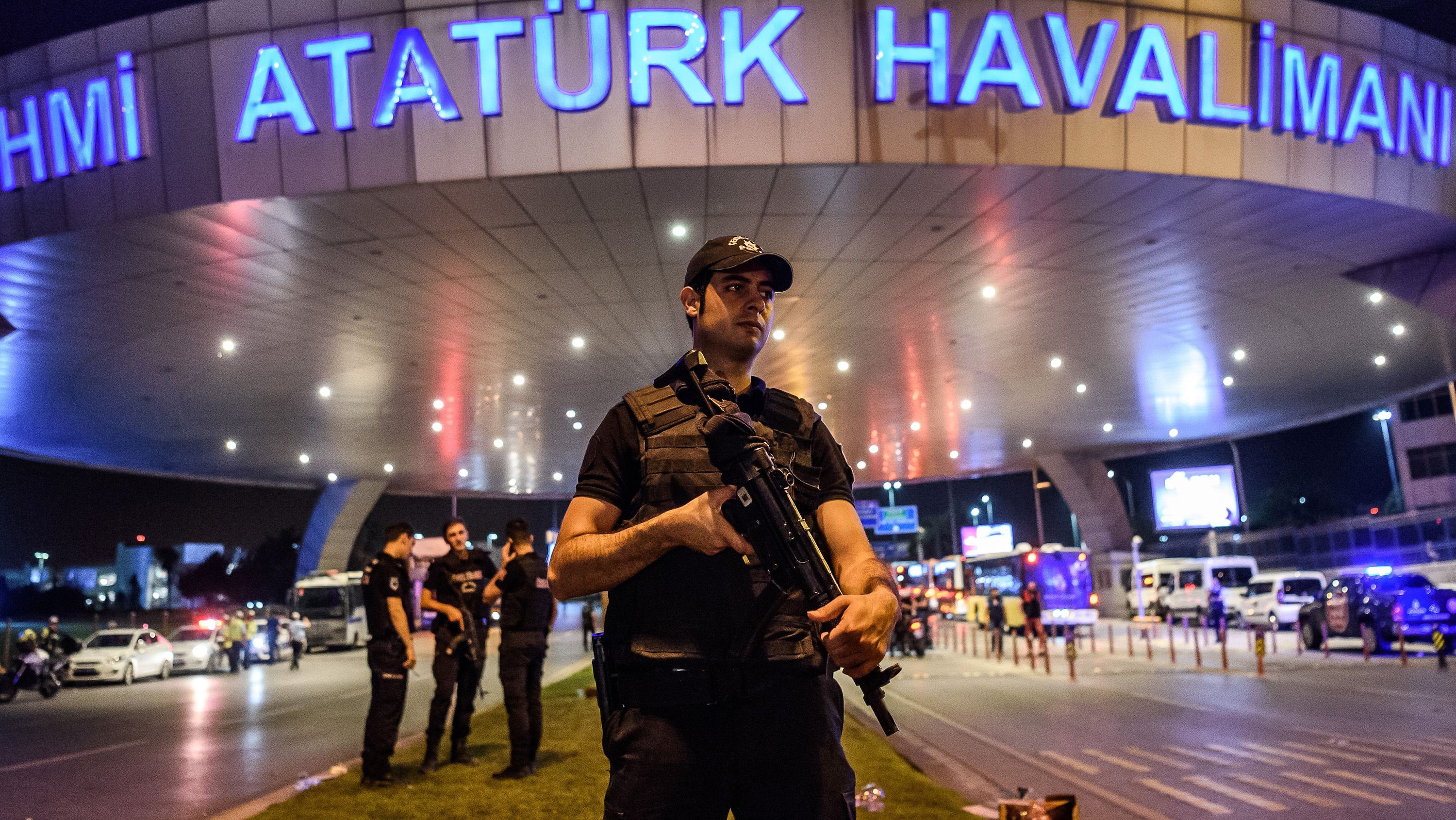 Three suicide bombers opened fire before blowing themselves up in the main international airport in Istanbul on Tuesday, killing at least 36 and wounding at least 147. Earlier, a Turkish government official erroneously told The Associated Press that 50 people were killed.

Yildirim said a small number of the wounded were seriously injured.

Yildirim said three suicide bombers arrived at the airport in a taxi. Police fired shots to try to stop two of the attackers just before they reached a security checkpoint at the arrivals hall at Ataturk airport, Europe's third-busiest, but they blew themselves up, a Turkish official said.

'Everything was blown up to bits'

Hevin Zini, 12, had just arrived from Duesseldorf, Germany, with her family and was in tears from the shock.

"There was blood on the ground," she told The Associated Press. "Everything was blown up to bits... if we had arrived two minutes earlier, it could have been us."

A German woman named Duygu, who was at passport control entering Turkey, said she threw herself onto the floor with the sound of the explosion.

"Everyone started running away. Everywhere was covered with blood and body parts. I saw bullet holes on the doors," she said.

'A lot of screaming, a lot of chaos'

Rihards Kalnins, who was at the airport, said he hadn't been off the plane long when he saw people running.

"I had just arrived and was about 100 metres from passport control when people turned around and started racing in the opposite direction," he told CBC News.

"A lot of screaming, a lot of chaos, but I didn't hear any explosions myself."

Kalnins, who was travelling to Turkey for vacation, said some people he spoke to felt or heard the explosions.

Two South African tourists, Paul and Susie Roos from Cape Town, were at the airport and due to fly home at the time of the explosions and were shaken by what they witnessed.

"We came up from the arrivals to the departures, up the escalator when we heard these shots going off," Paul Roos said. "There was this guy going roaming around, he was dressed in black and he had a hand gun."

The private DHA news agency said the wounded, among them police officers, were being transferred to Bakirkoy State Hospital.

'The blood and pain of innocent people'

Turkish President Recep Tayyip Erdogan released a statement saying the attack, which took place during the Muslim holy month of Ramadan, "shows that terrorism strikes with no regard to faith and values."

He said the attack was aimed at undermining Turkey through the killing of innocent people.

"It is clear that this attack is not aimed at achieving any result but only to create propaganda material against our country using simply the blood and pain of innocent people," he said in a written statement.

Erdogan also said he expected the world to show a "decisive stance" against terrorist groups in the wake of the attack.

The attack bore some similarities to a suicide bombing by ISIS militants at Brussels airport in March that killed 16 people. A co-ordinated attack also targeted a rush-hour metro train, killing a further 16 people in the Belgian capital.

The bombings include two in Istanbul targeting tourists, which the authorities have blamed on the Islamic State group.

The attacks have increased in scale and frequency, scaring off tourists and hurting the economy, which relies heavily on tourism revenues.

Canadian Prime Minister Justin Trudeau and Foreign Affairs Minister Stéphane Dion both condemned the attack and offered their condolences to the victims.

Canada strongly condemns tonight’s deadly attack in Turkey. My thoughts are with the victims as we stand with our allies against terrorism.

So, too, did White House spokesman Josh Earnest, who said the Istanbul airport, like the Brussels airport that was attacked earlier this year, is a symbol of international connections and the ties that bind nations together.

UN Secretary-General Ban Ki-moon said he "stands firmly by Turkey as it confronts this threat and stresses the need to intensify regional and international efforts to combat terrorism and violent extremism."

Scheduled departures from the airport have been halted.

Istanbul's Ataturk Airport was the 11th busiest airport in the world last year, with 61.8 million passengers, according to Airports Council International. It is also one of the fastest growing airports in the world, seeing 9.2 per cent more passengers last year than in 2014.

The largest carrier at the airport is Turkish Airlines, which operates a major hub there. Low-cost Turkish carrier Onur Air is the second-largest airline there.

The U.S. Federal Aviation Administration on Tuesday grounded all flights between the United States and Istanbul following the attack.

Air Canada has also cancelled flights between Istanbul and Toronto.