An Iranian competitive climber left South Korea on Tuesday after competing without her nation's mandatory headscarf, authorities said. Farsi-language media outside Iran say she may have been forced to leave early by Iranian officials and could face arrest back home, which Tehran quickly denied.

Concerns mount over fate of Iranian climber who competed without hijab

4 months ago
Duration 2:03
There is growing concern for the safety of Iranian rock climber Elnaz Rekabi after she competed in South Korea without wearing her nation's mandatory headscarf covering. Some fear Rekabi will be detained — or worse — when she arrives in Iran.

An Iranian female competitive climber left South Korea on Tuesday after competing at an event in which she climbed without her nation's mandatory headscarf covering, authorities said. Farsi-language media outside of Iran warned she may have been forced to leave early by Iranian officials and could face arrest back home, which Tehran quickly denied.

The decision by Elnaz Rekabi to forgo the headscarf, or hijab, came as protests in Iran sparked by the Sept. 16 death in custody of a 22-year-old woman have entered a fifth week. Mahsa Amini was detained by the country's morality police over her clothing.

The demonstrations in over 100 cities represent the most-serious challenge to Iran's theocracy since the mass protests surrounding its disputed 2009 presidential election.

A later Instagram post on an account attributed to Rekabi described her not wearing a hijab as "unintentional," though it wasn't immediately clear whether she wrote the post or what condition she was in at the time.

But in a tweet, the embassy also denied "all the fake, false news and disinformation" regarding Rekabi's departure. It posted an image of her wearing a headscarf at a previous competition in Moscow, where she took a bronze medal.

4 months ago
Duration 4:39
Lawyer, human rights activist and senior fellow at the Macdonald-Laurier Institute Kaveh Shahrooz says Iran is on the precipice of change as people continue to protest against the regime despite brutal crackdowns.

The BBC's Persian service, which has extensive contacts within Iran despite being banned from operating there, quoted an unnamed "informed source" who described Iranian officials as seizing both Rekabi's mobile phone and passport.

BBC Persian also said she initially had been scheduled to return on Wednesday, but her flight apparently had been moved up unexpectedly.

IranWire, another website focusing on the country, founded by Iranian-Canadian journalist Maziar Bahari who once was detained by Iran, alleged that Rekabi would be immediately transferred to Tehran's notorious Evin prison. Evin prison was the site of a massive fire this weekend that killed at least eight prisoners.

Rekabi didn't put on a hijab during Sunday's final at the International Federation of Sport Climbing's Asia Championship, according to the Seoul-based Korea Alpine Federation, the organizers of the event.

'It's about human rights and women's rights'

Shohreh Bayat, an Iranian international chess referee, had a similar experience at the Women's World Chess Championship in Shanghai in January 2020.

She says she was wearing her hijab loosely, allowing her hair to show, and received a warning from the Iranian Chess Federation that she must wear it properly. She refused.

"I tried to even push it back more to show more of my hair as a protest," she told CBC News's Idil Mussa.

Bayat says as a result, she was ordered to issue a written apology, say all of her achievements belonged to the Iranian regime and to give interviews only to the state-run news agencies. She refused again.

"I couldn't do the things that they were asking me because it was against what I believe," she said. "This was the right thing to do, and I just wanted to be myself and I wanted to support women's rights and human rights."

Bayat says she stopped wearing the hijab altogether, and wound up seeking asylum in the U.K. after being warned she would be arrested if she returned home to Iran.

She calls Rekabi "our champion" and says her decision to not wear the headscarf was a very strong statement.

"It's just not about hijab. It's about human rights and women's rights."

'I think she is our champion'

4 months ago
Duration 1:48
Iranian international chess referee, Shohreh Bayat, who defied the Iranian regime two years ago by refusing to wear her hijab while working in China, explains how Elnaz Rekabi made a strong statement about women's rights by not wearing her hijab during competition.

Federation officials said Rekabi wore a hijab during her initial appearances at the one-week climbing event. She wore just a black headband when competing Sunday, her dark hair pulled back in a ponytail; she had a white jersey with Iran's flag as a logo on it.

The later Instagram post, written in the first person, offered an apology on Rekabi's behalf. The post blamed a sudden call for her to climb the wall in the competition — although footage of the competition showed Rekabi relaxed as she approached and after she competed.

Rekabi was on Iran's 11-member delegation, comprised of eight athletes and three coaches, to the event, according to the federation.

Federation officials said they were not initially aware of Rekabi competing without the hijab but looked into the case after receiving inquires about her. They said the event doesn't have any rules requiring female athletes wearing or not wearing headscarves. However, Iranian women competing abroad under the Iranian flag always wear the hijab.

"Our understanding is that she is returning to Iran, and we will continue to monitor the situation as it develops on her arrival," the International Federation of Sport Climbing, which oversaw the event, said in a statement. "It is important to stress that athletes' safety is paramount for us and we support any efforts to keep a valued member of our community safe in this situation."

Rekabi has finished on the podium three times in the Asian Championships, taking one silver and two bronze medals for her efforts.

So far, human rights groups estimate that over 200 people have been killed in the protests and the violent security force crackdown that followed. Iran has not offered a death toll in weeks. Thousands are believed to have been arrested.

Gathering information about the demonstrations remains difficult, however. Internet access has been disrupted for weeks by the Iranian government. Meanwhile, authorities have detained at least 40 journalists, according to the Committee to Protect Journalists.

Iranian officials, including Supreme Leader Ayatollah Ali Khamenei, have repeatedly alleged the country's foreign enemies are behind the ongoing demonstrations, rather than Iranians angered by Amini's death and the country's other woes.

Iranians have seen their life savings evaporate; the country's currency, the rial, plummet; and Tehran's nuclear deal with world powers has been reduced to tatters.

LISTEN | Fighting for rights in Iran: 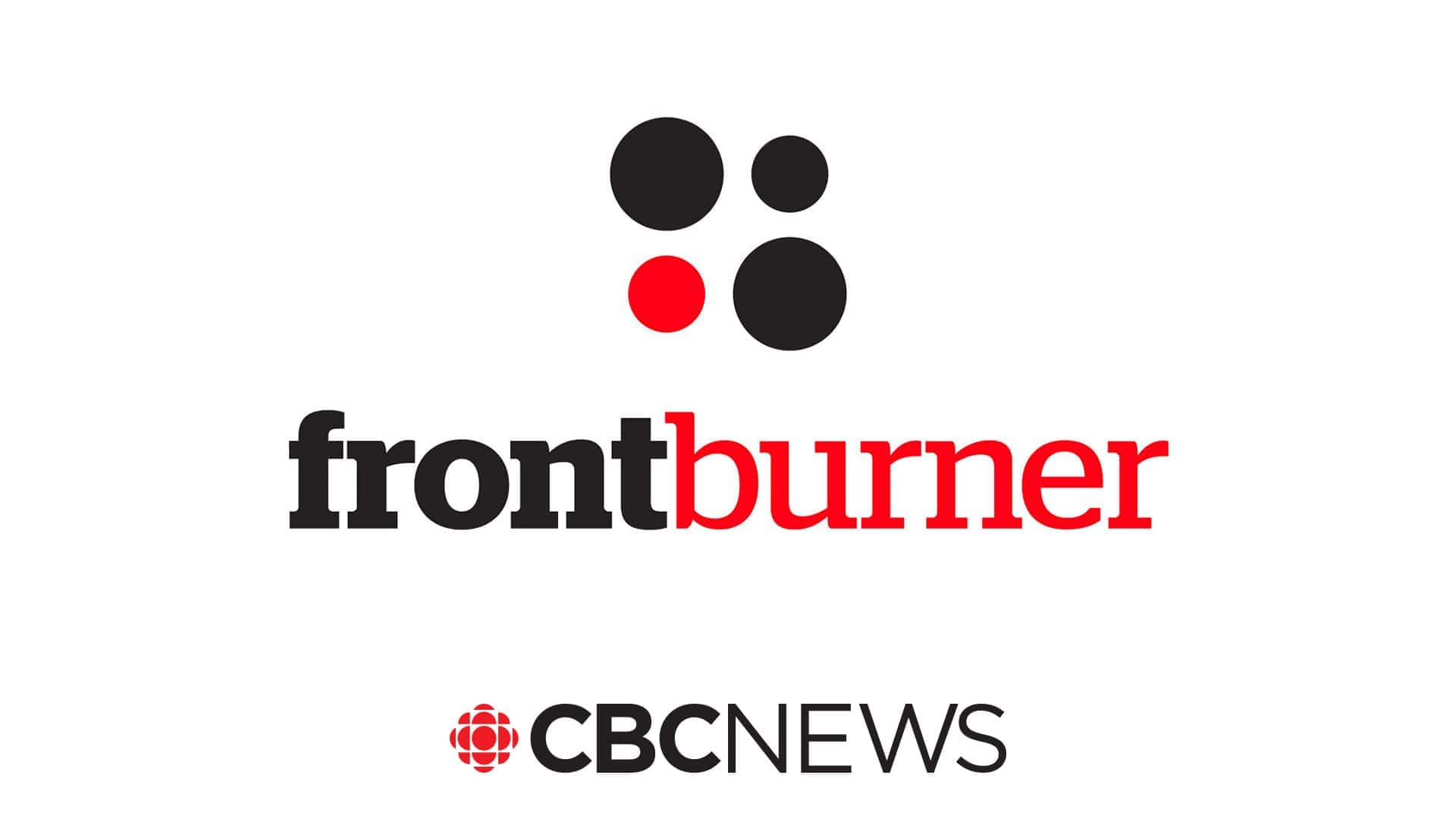 Front Burner27:16The long fight for women’s rights in Iran
Since the death of 22-year-old Mahsa Amini in the custody of Iran’s morality police on September 16th, protests have erupted throughout Iran and in some 160 cities around the globe — with some of the biggest protests happening here in Canada. Despite violent crackdowns on the demonstrations in Iran, protesters are still coming out to the streets. And women have remained at the forefront, at times burning their headscarves, or chopping off their hair. But this is far from the first time that women have led protest movements in the country. So today we’re taking a look at how the Mahsa Amini demonstrations fit into a long history of women’s activism in Iran — and whether or not this time feels different. Our guest is Mona Tajali, an associate professor of International Relations, and Women’s, Gender, and Sexuality Studies at Agnes Scott College. She’s also the author of the recent book Women’s Political Representation in Iran and Turkey: Demanding a Seat at the Table.