Democratic party officials in Iowa worked furiously Tuesday to deliver the delayed results of their first-in-the-nation caucus, as frustrated presidential candidates claimed momentum and plowed ahead in their quest for the White House.

Democratic party officials in Iowa worked furiously Tuesday to deliver the delayed results of their first-in-the-nation caucus, as frustrated presidential candidates claimed momentum and plowed ahead in their quest for the White House.

Technology problems and reporting "inconsistencies" kept Iowa Democratic Party officials from releasing results from Monday's caucus, the much-hyped kickoff to the 2020 primary. It was an embarrassing twist after months of promoting the contest as a chance for Democrats to find some clarity in a jumbled field with no clear front-runner.

Instead, caucus day ended with no winner, no official results and many fresh questions about whether Iowa can retain its coveted "first" status.

State party officials said final results would be released later Tuesday and offered assurances that the problem was not a result of a "hack or an intrusion." Officials were conducting quality checks and verifying results, prioritizing the integrity of the results, the party said in a statement.

The statement came after tens of thousands of voters spent hours Monday night sorting through a field of nearly a dozen candidates who had spent much of the previous year fighting to win the opening contest of the 2020 campaign and, ultimately, the opportunity to take on President Donald Trump this fall.

The confusion threatened to permanently stain the kickoff caucuses and allowed critics to raise questions about the integrity of this year's results whenever they are released.

Democrats had hoped Iowa's caucuses would provide some clarity for what has been a muddled nomination fight for much of the past year.

Instead, with no results in sight several hours after caucusgoers cast their votes, they faced the possibility that whatever numbers they ultimately released would be questioned. And beyond 2020, critics began wondering aloud whether Iowa's decadeslong tradition of hosting the first vote in a presidential election was in jeopardy.

State party spokeswoman Mandy McClure said it had "found inconsistencies in the reporting of three sets of results."

"This is simply a reporting issue, the app did not go down and this is not a hack or an intrusion," she said. "The underlying data and paper trail is sound and will simply take time to further report the results."

Des Moines County Democratic Chair Tom Courtney blamed technology issues in his county, relaying precinct reports that the app created for caucus organizers to report results was "a mess." As a result, Courtney said precinct leaders were phoning in results to the state party headquarters, which was too busy to answer their calls in some cases.

Linn County Auditor Joel Miller, who ran a precinct in the Cedar Rapids suburbs, said some app users probably did not get instructions on how to log into the system.

"If people didn't know where to look for the PIN numbers or the precinct numbers, that could slow them down," said Miller, who said that he had no problem using the system to report his precinct's figures.

Meanwhile,  Iowa voters were balancing a strong preference for fundamental change with an overwhelming desire to defeat Trump as they sorted through nearly a dozen candidates in a contest that offered the opening test of who and what the party stands for in the turbulent age of Trump. It's just the first in a primary season that will span all 50 states and several U.S. territories, ending only at the party's national convention in mid-July.

WATCH | How an Iowa caucus works: 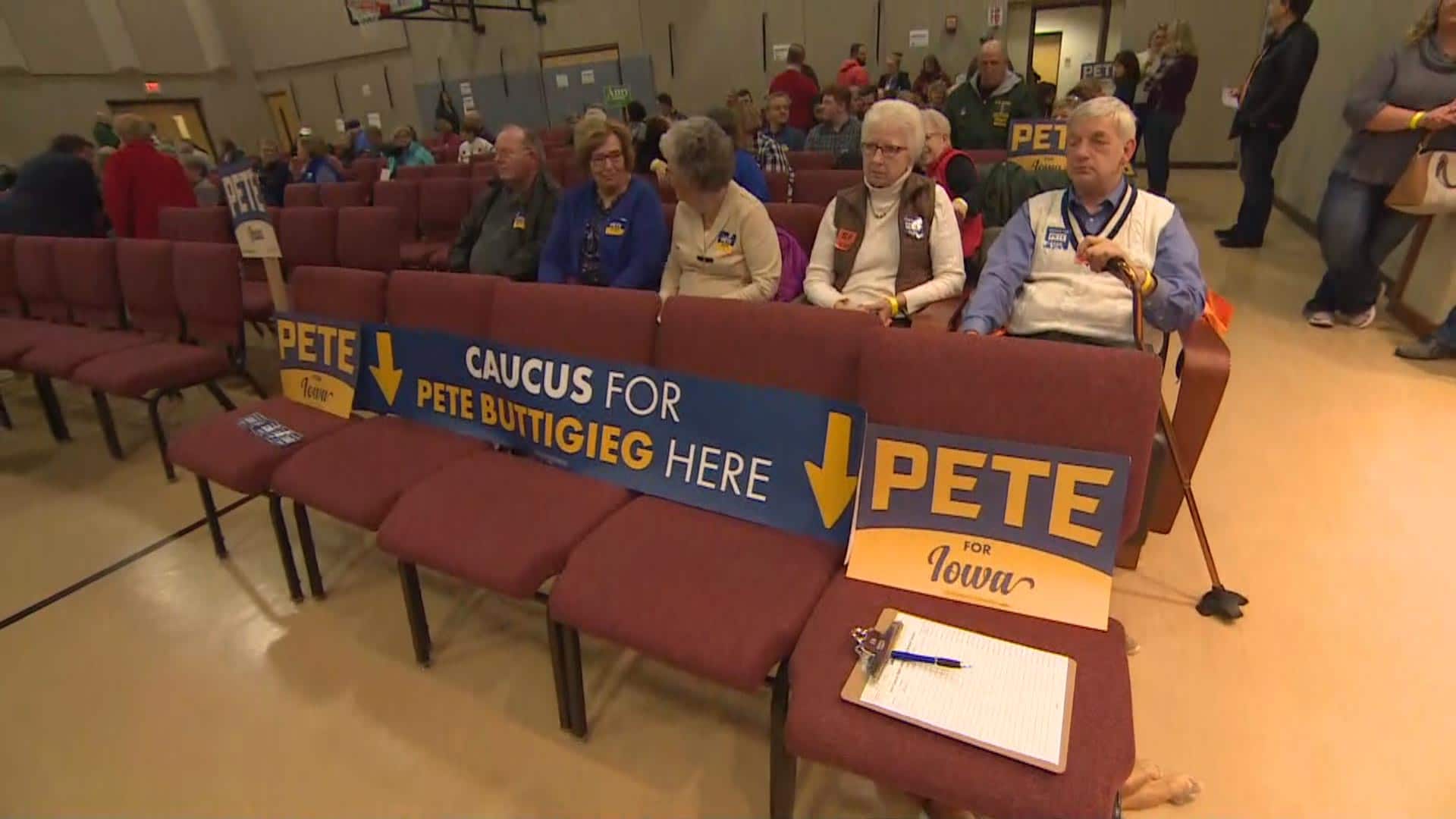 Inside an Iowa caucus

10 months agoVideo
1:36
This suburban Iowa church gymnasium is one of 1,600 locations where the state's Democratic voters kick off the race to select the party's 2020 presidential nominee. CBC's Katie Simpson breaks down how it works. 1:36

For Democrats, the moment was thick with promise for a party that has seized major gains in states since Trump won the White House in 2016. But instead of clear optimism, a cloud of uncertainty and deepening intraparty resentment hung over Monday's election as the prospect of a muddled result raised fears of a long and divisive primary fight in the months ahead.

"I'm the one who can pull our party together," Massachusetts Sen. Elizabeth Warren told supporters on a telephone call, suggesting her rivals could not. "I'm the one who is going to pull us all in to give us the ideas that we can all run on. The one who says both inspiration and inclusiveness."

Polls suggest that Vermont Sen. Bernie Sanders may have a narrow lead, but any of the top four candidates — Sanders, former vice-president Joe Biden, Warren and former South Bend, Indiana, Mayor Pete Buttigieg — could score a victory in Iowa's unpredictable and quirky caucus system as organizers prepared for record turnout.

"If anybody tells you they know who's going to win, either they've got a whisper from God or they're loony because nobody knows," said Deidre DeJear, who announced her support for Warren on Monday and was the first black woman to win a statewide primary in Iowa.

Roughly two-thirds of Iowa caucus-goers said supporting a candidate who would fundamentally change how the system in Washington works was important to their vote, according to AP VoteCast, a survey of voters who said they planned to take part in Monday's Democratic caucuses.

That compares to about a third of caucus-goers who said it was more important to support a candidate who would restore the political system to how it was before Trump's election in 2016.

By midday Monday, a handful of satellite caucuses had already taken place — some thousands of miles away from Iowa. In Glasgow, Scotland, Sanders received the most support from the 19 caucus-goers who attended, while Warren came in second and Buttigieg came in third. No other candidates were viable.

But the precinct caucuses are a relatively small portion of the results — some 200,000 Iowans are expected to participate in the event.

Iowa offers just a tiny percentage of the delegates needed to win the nomination but plays an outsize role in culling primary fields. A poor showing in Iowa could cause a front-runner's fundraising to slow and support in later states to dwindle, while a strong result can give a candidate much needed momentum.

Billionaire Mike Bloomberg, the former mayor of New York City, is running a parallel campaign that ignores Iowa as he prepares to pounce on any perceived weaknesses in the field come March.

The past several Democrats who won the Iowa caucuses went on to clinch the party's nomination.

New party rules may give more than one candidate an opportunity to claim victory, even if they aren't the official winner.

For the first time, the Iowa Democratic Party will report three sets of results at the end of the night: tallies of the "first alignment" of caucus-goers, their "final alignment" and the total number of state delegate equivalents each candidate receives. There is no guarantee that all three will show the same winner.

The Associated Press will declare a winner based on the number of state delegates each candidate wins, which has been the traditional standard. 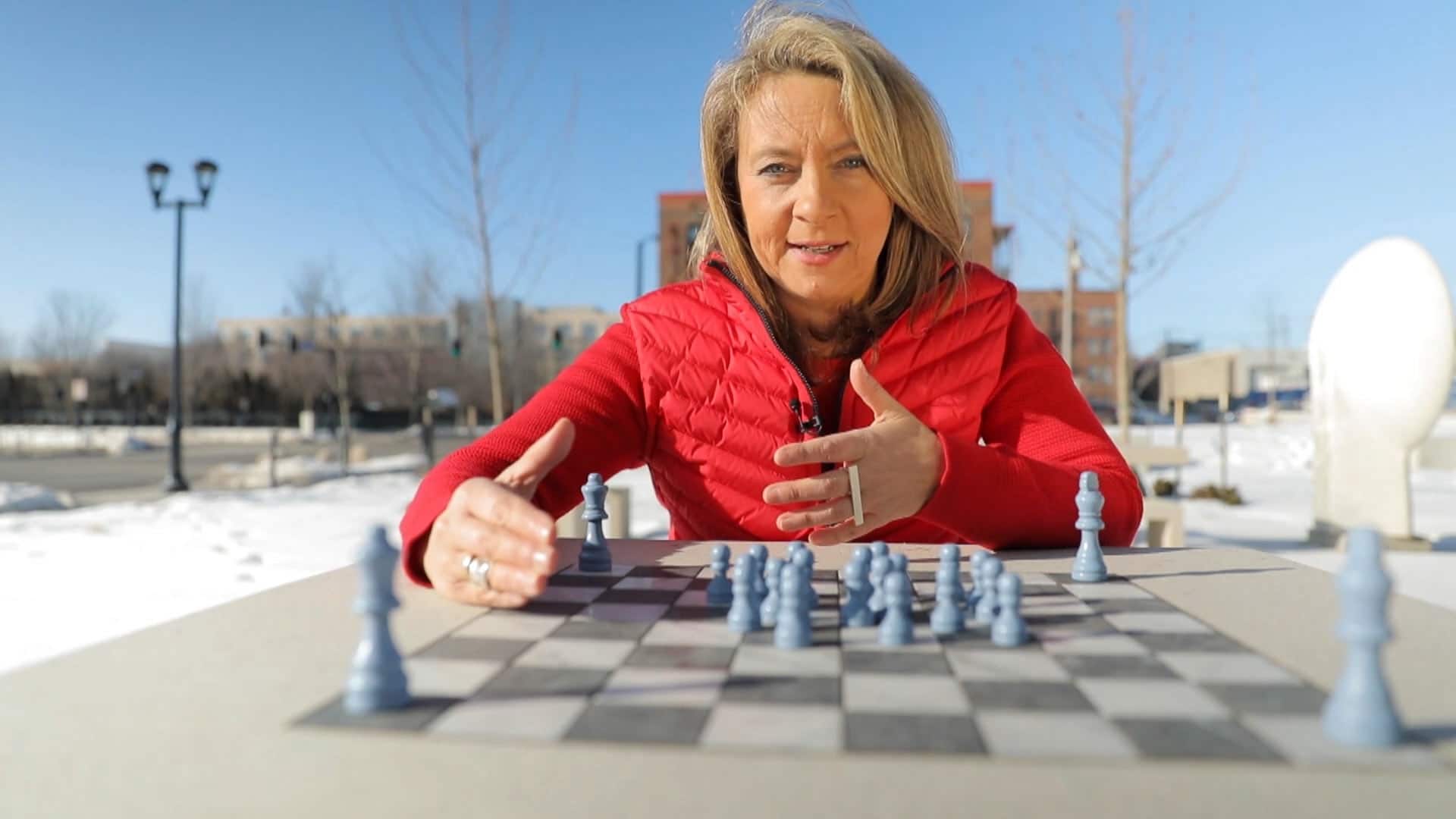 How a caucus works

10 months agoVideo
1:36
The Iowa caucuses are not chess, but they are a bit complicated and they are about choosing a champion. Adrienne Arsenault explains: 1:36
CBC's Journalistic Standards and Practices|About CBC News