Relief camps set up across the city are overwhelmed by demand from people who lost everything in the recent violence and have nowhere else to go.

Relief camps set up across city overwhelmed by demand from people who have lost everything, aid groups say

Thousands are still displaced in Delhi, India, almost three weeks after the worst religious violence the city has seen in decades.

Mosques, schools, homes and businesses were torched and looted by violent mobs, mostly targeting Muslims. Bodies were still being recovered from sewer drains more than a week after the violence, and officials say more than 50 are dead and more than 200 people were injured. The violence took place over three days starting on Feb. 23, as Prime Minister Narendra Modi was hosting U.S. President Donald Trump for a two-day visit.

Relief camps set up across the city are overwhelmed with demand by people who have lost everything. Some of them are government run, others by NGOs.

The group was one of the first on the ground to provide immediate relief to the victims, starting with the Sikh practice of "langar," a community kitchen providing free meals to anyone regardless of caste or faith.

Minister of Home Affairs Amit Shah told India's parliament on Wednesday that the government would not spare anyone involved with the violence, regardless of religion or party affiliation. Shah also said that based on the government's first impression, the riots were a product of a "pre-planned conspiracy," although he didn't say by whom.

The violence came after months of protest  across the country over a controversial bill passed by parliament in December. The Citizenship Amendment Act (CAA) provides a path to citizenship for undocumented migrants from neighbouring countries, but excludes Muslims.

Critics of the bill see it as an escalation of Prime Minister Narendra Modi and the Bharatiya Janata Party's long-standing Hindu nationalist agenda, driving a wedge between Hindus and Muslims in the country and reawakening religious divides.

The United Nations has challenged the bill, taking it to India's Supreme Court. India defended the legislation as an "internal matter."

This video contains footage from the late-February street clashes said to have been sparked by tension over the bill, and of the crackdown by government forces: 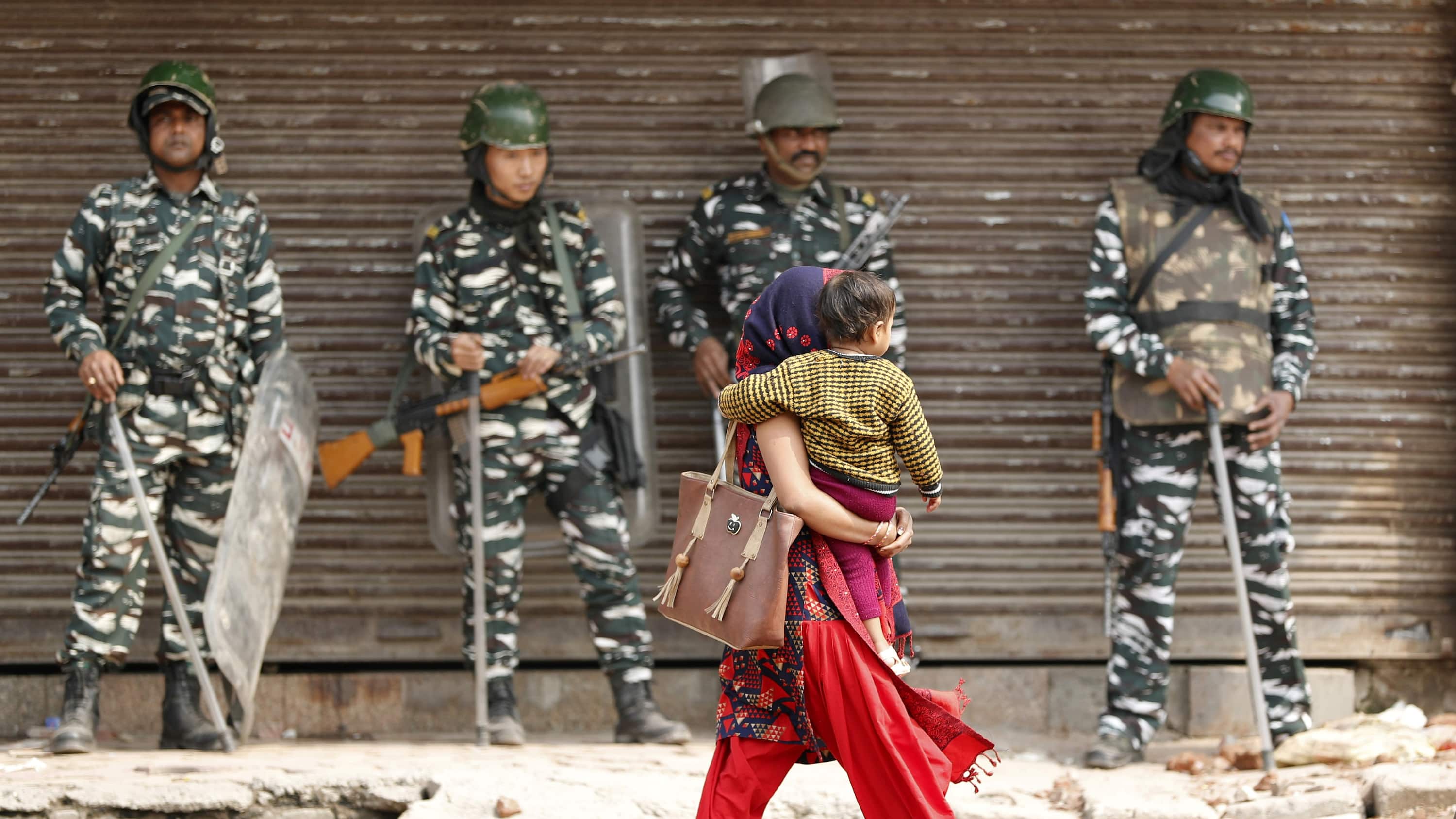 Period of calm after violent clashes in India

1 year ago
0:53
After three days of violence in India over a new citizenship law, police say the situation is tense but under control. 0:53

While things have calmed in Delhi, the fear of further violence is enough to keep some people away from the relief camps despite their need for help. Some are also too afraid to go home.

"Right now, many people are scared to be in the relief camps because they are still scared there might be attacks in the future," said Singh. "Rather, they are taking shelter at their relatives or renting nearby homes."

Online, the Delhi Relief Collective has coordinated a global relief effort, raising more than $61,000 for those in need and, in particular, debunking misinformation about the violence. 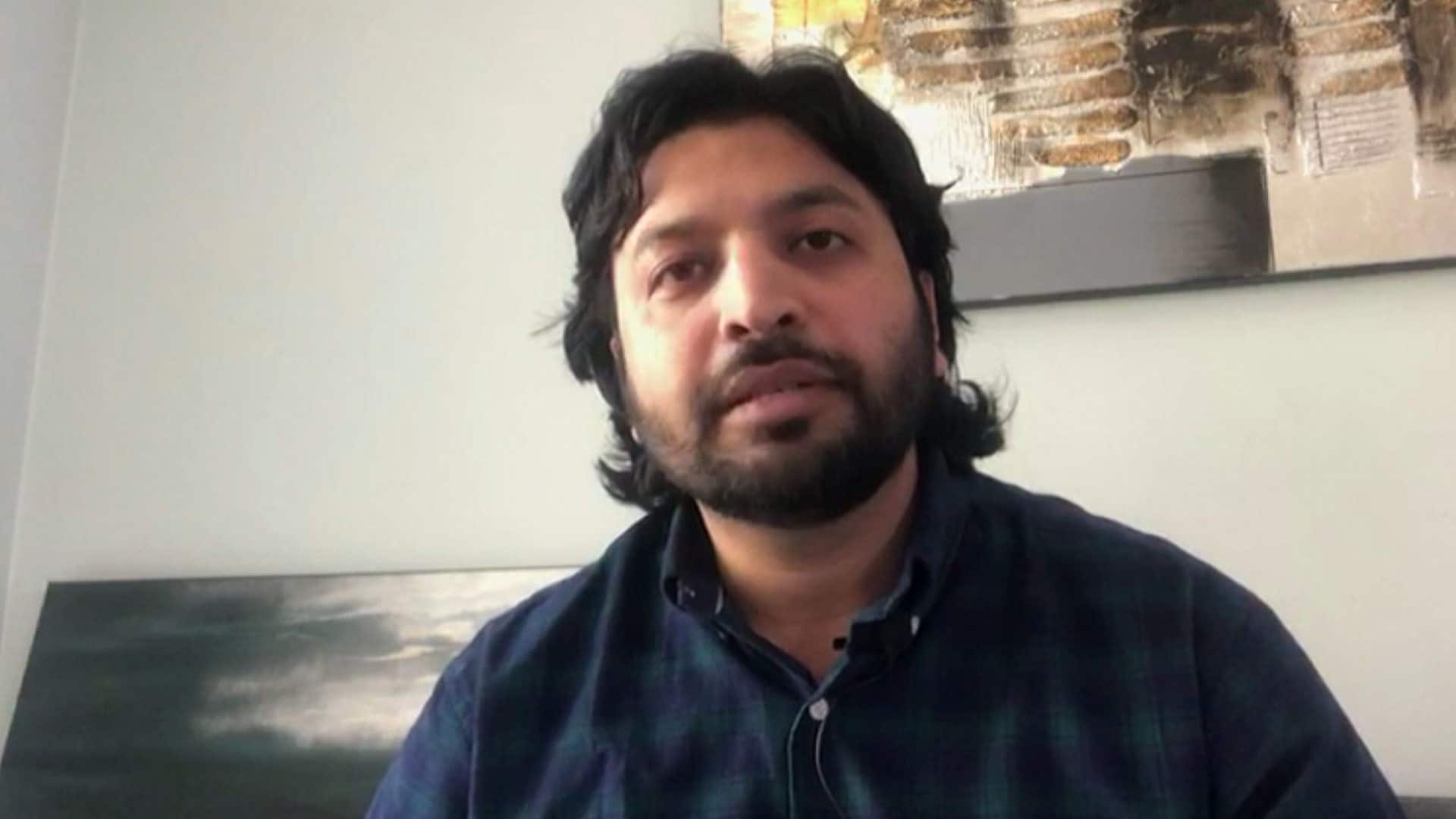 12 months ago
0:28
Abdul Basit is a volunteer coordinator with Delhi Relief Collective, which got involved with aid operations in Delhi after seeing the violence unfold online. He sent CBC News this video from his home in New York. 0:28

Illnesses like skin rashes and urinary tract infections have been afflicting people across the camps, and volunteers have specifically pointed to the lack of adequate toilet facilities as one of the main reasons why.

"There is a huge issue of toilets, which groups have been trying to manage but have not succeeded yet," Basit said.

Due to heavy rainfall, the victims of <a href="https://twitter.com/hashtag/DelhiRiots?src=hash&amp;ref_src=twsrc%5Etfw">#DelhiRiots</a> at Eidgah camp are highly inconvenienced. Mattresses &amp; supplies are getting wet, adding health &amp; hygiene problem. <a href="https://twitter.com/AamAadmiParty?ref_src=twsrc%5Etfw">@AamAadmiParty</a> needs to take urgent action to provide adequate facilities or to relocate to a pucca structure.

The Muslim family next door soon became the target of a mob. Singh and his son made 20 trips back and forth between their neighbourhood and a safer area, shuttling people out of danger areas on their motorbikes.

"We tied turbans on their heads so they wouldn't be recognized," Singh says.

The pair drove different routes each time to avoid the crowds. In just under two hours, they managed to help 60 people reach safety: 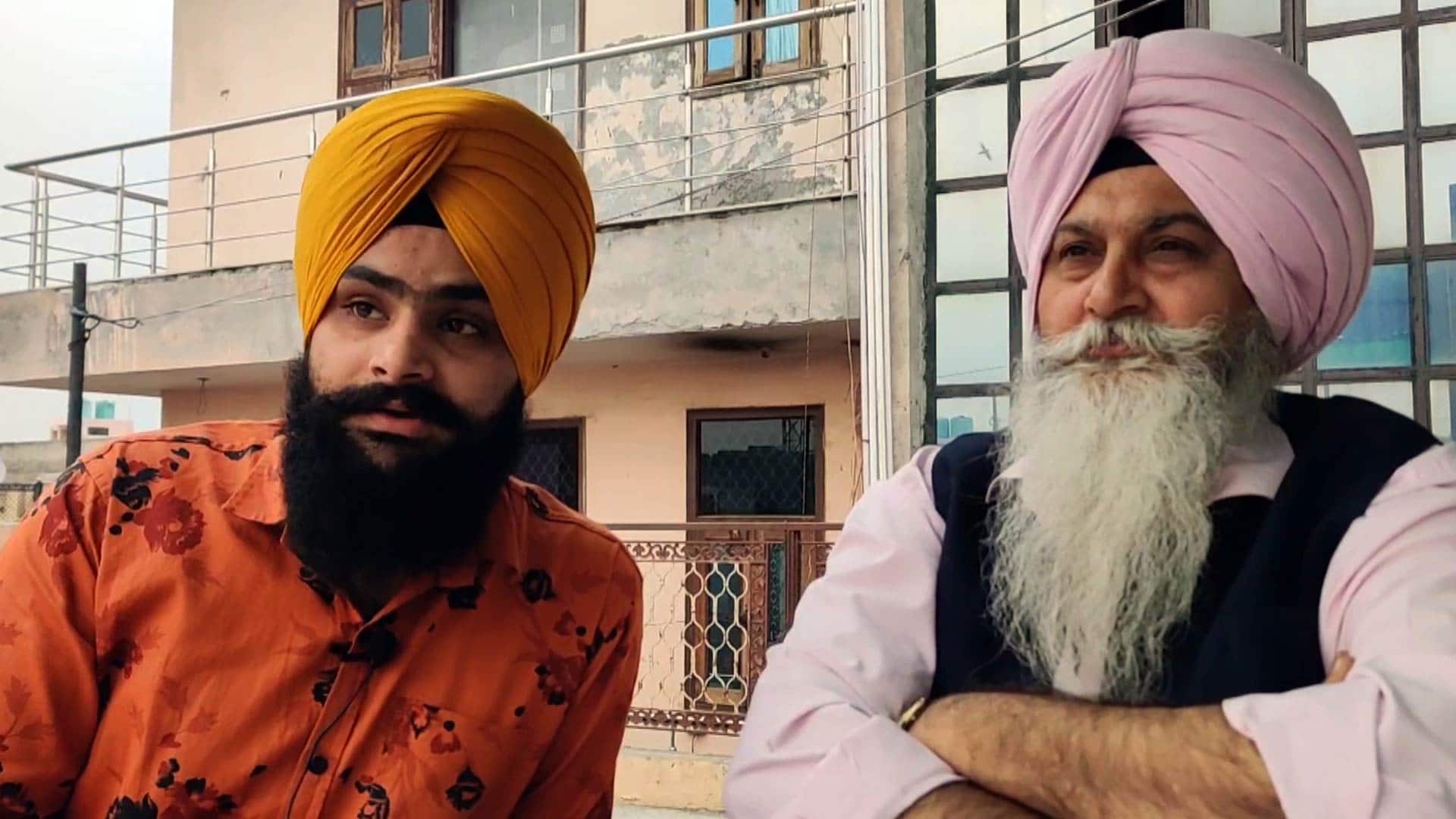 Father, son help save 60 in Delhi

12 months ago
0:50
Mohinder Singh and his son Inderjit, both Sikh, recount how they saved 60 of their Muslim neighbours from a violent mob in Delhi. (Video courtesy Arshdeep Kaur) 0:50

When asked why he did it, Singh said the violence felt familiar.

He was 16 years old during the 1984 Sikh massacre, when the assassination of India's then-prime minister sparked large-scale violence against the religious minority. In just three days, 3,000 Sikhs were killed in Delhi. Singh was saved by a Hindu family living next door when he was targeted by the violent mob.

Singh, now in his early fifties, says he kept one line from Sikh scripture in mind as the violence broke out on February 24: 'No one is an enemy or a stranger.'

"We didn't see people of a different community, the Muslim community," he said.

As some of his neighbours return to assess the damage to their homes from the latest violence, Singh said the fear of further clashes remains.

"They still look afraid, fear is still on their faces."

Indian-Canadians worry about family back home

For many Indian-Canadians, the unrest is affecting friends and family.

Muhammad Siddqi has been living in Canada for more than 30 years and has a grocery store here. But much of his family lives in a neighbourhood close to where the violence broke out in Delhi.

On March 1 he got word his 55-year-old cousin had died of a heart attack, brought on by fear after there was word another mob was forming. He and his family were planning their escape when he fell ill. The mob turned out to be just a rumour.

Siddqi says his family is still on edge.

"There's a lot of stress going on, because [people] don't feel like they're alright or they're okay because it could happen again," Siddqi says.

Almost all of Fatima's family still lives in Delhi, and she asked to only be identified by her first name in order to protect them. Her family have yet to be directly affected by the riots, but the 27-year-old Toronto photographer fears for their safety, particularly with greater tension between communities and the police.

"That's the scary part that I think my family is feeling. Like, 'Oh, who can we turn to?,'" Fatima says.

Police in Delhi have been accused of turning a blind eye or even encouraging violence. One man told BBC News his brother died after being severely beaten by a group of officers. He was one of the men seen in a viral video that showed a group of men, beaten and lying on the ground, being forced to sing the national anthem by police officers.

The Indian govt has launched a misinformation campaign claiming that every video of police &amp; mob violence in Delhi are fake.<br><br>This video is now confirmed. Delhi police in riot gear beat five people on the road, forcing them to sing the national anthem.<a href="https://t.co/SgC8ZmtGCi">pic.twitter.com/SgC8ZmtGCi</a>

Fatima has been to protests in Canada against India's Citizenship Amendment Act, and says despite the large number of Indian diaspora living here, the Canadian federal government seems hesitant to take a stand on the violence either way.

"I have not heard if it has reached the House of Commons. For example, Justin Trudeau has not said anything [publicly] yet," Fatima says.

She adds that what has inspired her is seeing people of all stripes showing up to anti-CAA demonstrations around the world and in India. Many of them, she says, are led by women.

"And it's not only Muslim women, it's just women in general. Men of all ages and children, it's a whole mixed group," Fatima said.

Watch The National's original report on the violence in Delhi: 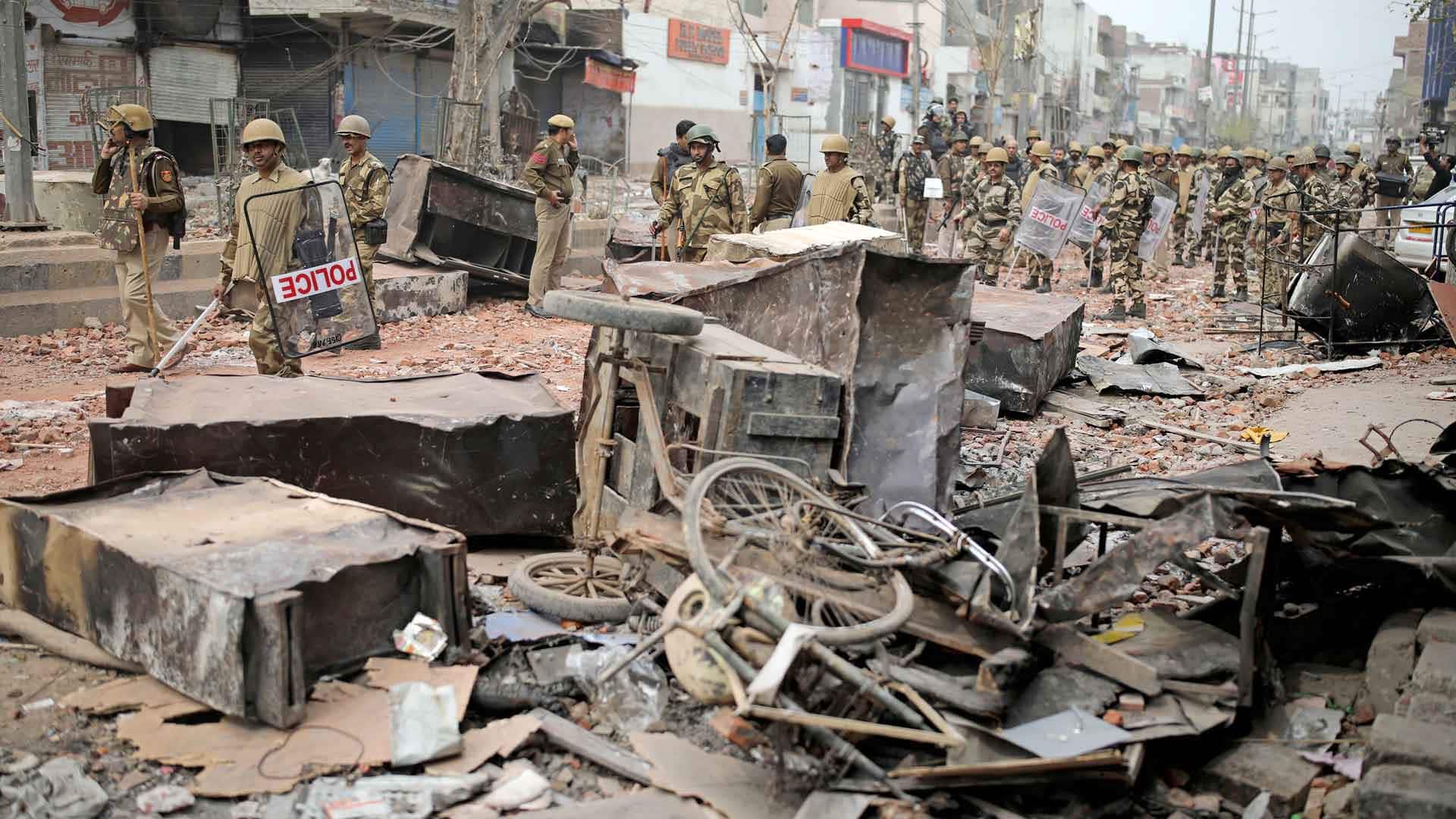 1 year ago
1:56
Days of violent protest over a contentious citizenship law in India have killed more than 30 people. 1:56

Joyita Sengupta and Simi Bassi are producers with The National in Toronto.

With files from Arshdeep Kaur