In light of U.S. gun violence protest, black students in Baltimore ask: Where is our march?

There is growing resentment and a feeling that people at the national level don't really care about Baltimore's gun violence, writes Paul Hunter.

Last year, Baltimore was the deadliest city — for its size — in America. By far.

And the city's killers are particularly good at what they do — one grisly aspect of Baltimore's gun deaths is that nearly half of them last year were shots to the head.

Spray-painted walls in West Baltimore read "No Shoot Zone," but they don't really stop anybody. Ad hoc memorials dot city streets as families of those shot and killed tie balloons and other ephemera to lampposts marking the spots where their loved ones were gunned down.

And in a city still stinging over the 2015 death of Freddie Gray — the African-American man who died in police custody, sparking protests and rioting — many in Baltimore have little faith authorities will be able to quell the violence.

Unlike the unprecedented attention given those students from Parkland, Fla., after the mass shooting at their school on Feb. 14 and this weekend's March for Our Lives, Baltimore's gun problem rarely makes national news.

Even while Baltimore counts ever more high school students among its dead.

"It's overwhelming," she said. "You don't imagine, as a principal, that this is a part of your world — but it is."

In the days leading up to Saturday's anti-gun rally in nearby Washington, D.C., Woodhouse spent several hours at a local hospital visiting a 17-year-old student shot on March 20.

"It was extremely rough," she said.

"A black person gets shot and do they do anything about it?" said 18-year-old Excel student Michaela Gray, who, like most of the kids at her school is African-American.

"When somebody got shot, did Parkland come say something to us? No. Did we have a march? No." 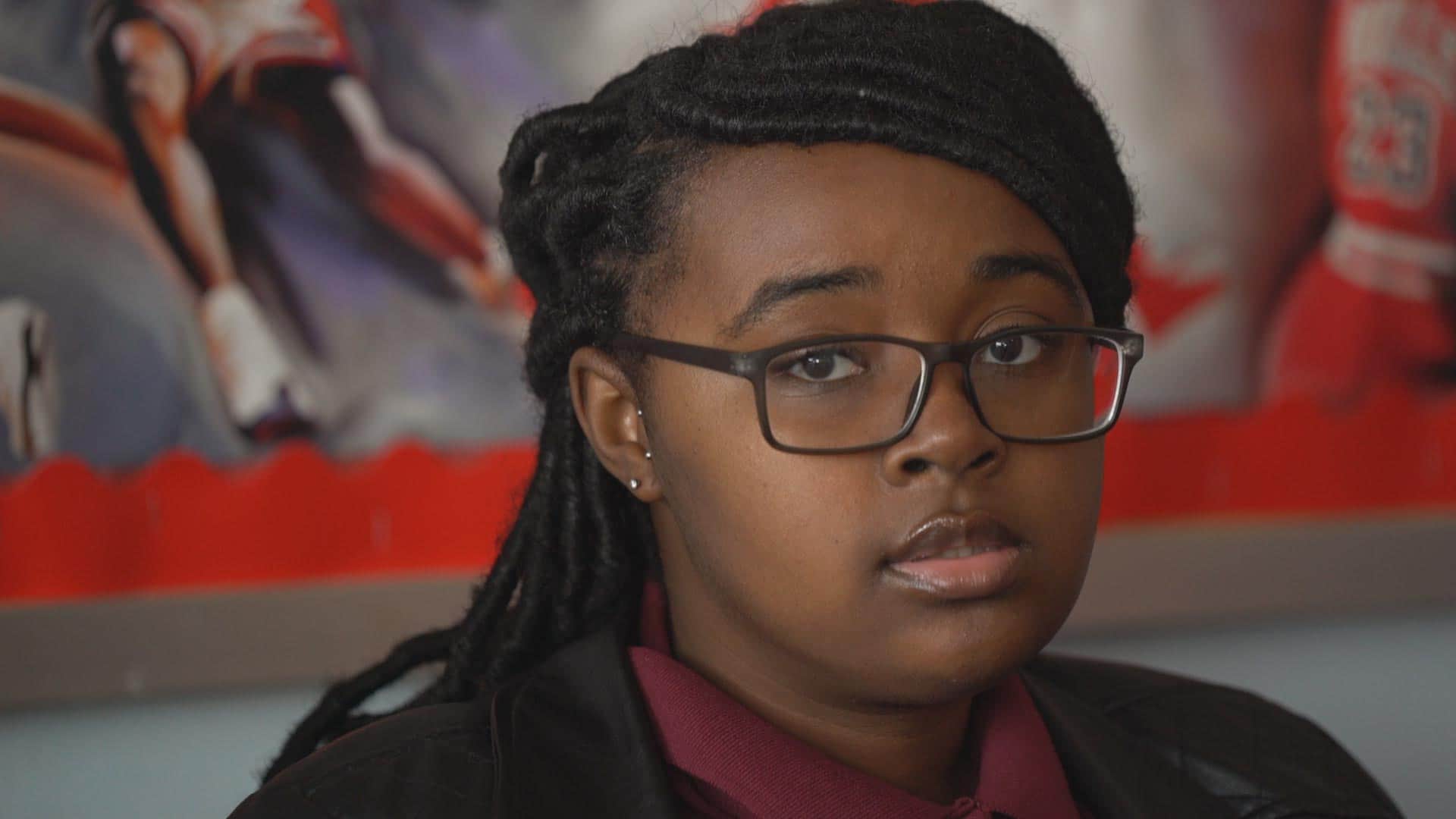 ‘We have shootings every day’

3 years ago
0:43
Three Baltimore students talk with CBC’s Paul Hunter about the risks and frustrations of living in a city where gun violence is a daily reality 0:43

The Excel student shot on March 20 is Gray's boyfriend.

"Now, people are getting killed in daylight," said fellow student Myer Burks, also 18. "It doesn't matter where you are, you don't have to be involved in any gang or drugs and [you can] still get killed."

Another student, 16-year-old Arron Fleming, believes it's a different America that's been out on the streets demonstrating on behalf of Parkland students, even though Baltimore has suffered brutal gun violence for years.

"Baltimore doesn't get a voice… because the city's predominantly black," he put it, bluntly.

"I feel as though racism never stopped. It just evolved. It's become more subtle."

No one at Excel knocks the students of Parkland for leading those protests. Like so many in the U.S., Excel students grieve with victims of all shootings.

But there is growing resentment and a feeling that, quite simply, not enough people seem to care about Baltimore.

'The culture has to change'

At the same time, there are African-Americans in Baltimore who increasingly emphasize the city can do more to fix itself.

Indeed, most of Baltimore's gun violence happens within the black community and is driven by social inequality and despair.

Munir Bahar, who runs the COR Health Institute in East Baltimore, which operates programs aimed at improving the lives of young people, underlined that Baltimore's needs are different from what gun-control advocates are calling for.

"The vast majority of young black men dying by guns in America are not being killed by an AR-15," Bahar said, referring to the rifle that was used in the Parkland shooting. "So banning AR-15s is cool, but it changes nothing in terms of the problem of homicides in the black community."

"Health, education, literacy, mental health, recreation… If we're not doing this, but we're just demanding that things change — without the ingredients of change — that's just an absence of logic."

Bahar has converted a trio of abandoned buildings in East Baltimore into a non-profit recreation centre he hopes will help end the culture of guns and violence in the city.

"We're making small changes to help, hopefully, drive a whole new culture in this neighbourhood. And that's what I believe is the answer. The culture has to change. People have to change."

But it's a steep hill to climb. 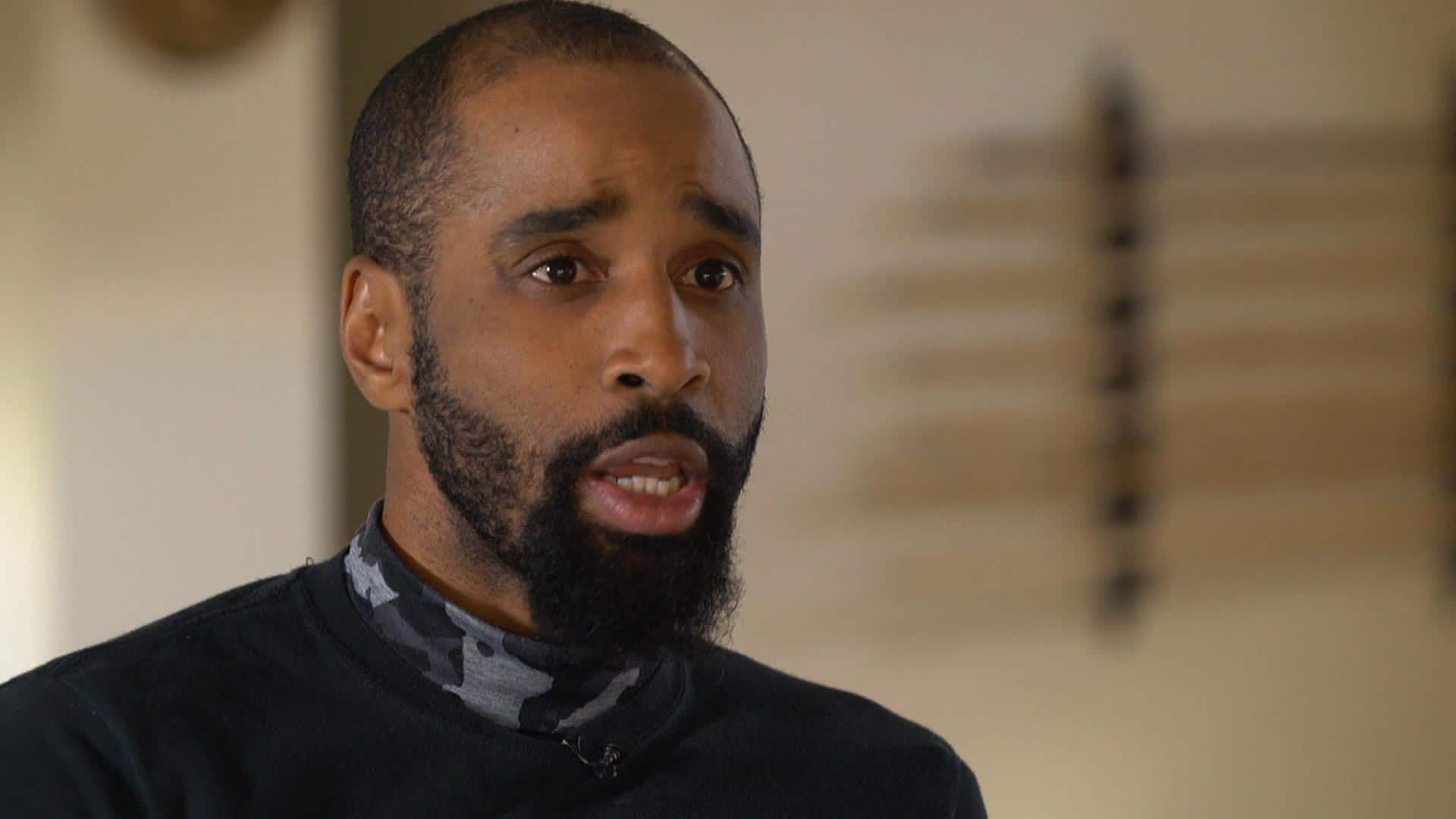 3 years ago
0:56
Activist Munir Bahar talks with CBC’s Paul Hunter about the problem of gun violence within the black community 0:56

While many in America point to Saturday's marches as a signal the U.S. is ready to turn a corner on gun violence, students back at Excel remain pessimistic.

For the march on Washington, the school chartered a bus to take as many of its students who wanted to go. Only 25 signed up for it — and none of those who spoke with CBC News saw any value in making the trip.

"I really feel it's a waste of my time," said Michaela Gray.

Pressed on Baltimore's seemingly unrelenting gun problem, she said: "I pray something will change."