In battleground Pennsylvania, meet some of the suburban women who could decide Donald Trump's fate

There's a movement growing in the suburbs of Pennsylvania that could hand the battleground state to Joe Biden and the Democrats. Republican women, disaffected with the president, are increasingly looking to vote against Donald Trump — and their impact could sway the election.

On a leafy suburban street outside Pennsylvania's state capital Harrisburg, where election lawn signs compete for space with elaborate Halloween displays, Sarah Becker is part of one of the most closely watched demographics in this election.

A 35-year old mother of three, a lifelong Republican, a former White House staffer under George W. Bush and, this year, a voter for the Democratic Party.

"I truly remain dumbfounded that this is the reality we're living in," Becker said. "I can't believe it's real, even after four years."

Becker represents what pollsters and strategists believe could be the tipping point in a crucial battleground state: white suburban Republican women upset with U.S. President Donald Trump to the point where they'll vote for the Democrats and former vice-president Joe Biden.

Becker says her "blood boiled" back in 2015 when she heard Trump question the heroism of the late senator John McCain, who was a prisoner of war in Vietnam. In 2016, she couldn't bring herself to vote for Hillary Clinton so she wrote: "Never Trump."

But she says many people she knew voted for him.

"I think a lot of people in 2016 were what I call 'Trump curious' — they just wanted something different," Becker said in an interview with CBC News in her backyard in the community of Mechanicsburg.

WATCH | Sarah Becker on why she's voting Democratic for the 1st time: 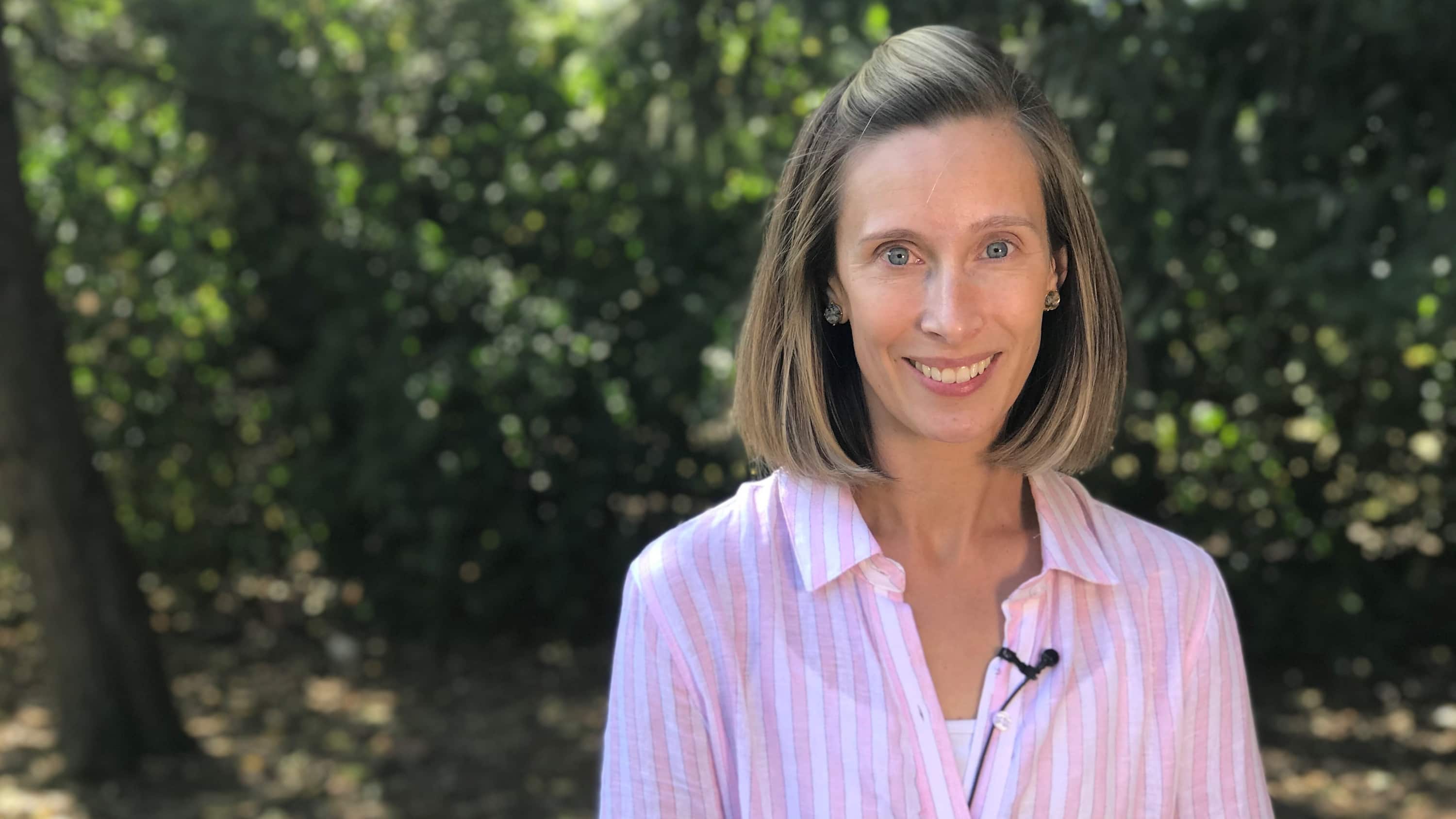 4 months agoVideo
1:09
Sarah Becker talks about why Republicans need to cast aside their political agendas and vote for Democratic presidential nominee Joe Biden. 1:09

Since then, there have been many moments that further solidified her opposition to Trump, but his dismissal of this summer's racial justice protests and his handling of the coronavirus pandemic sealed her decision.

"[The pandemic] was serious stuff. And when we needed a leader, we had a train wreck," Becker said.

Pollsters and strategists say a wave of women like Becker could offset whatever gains Trump made in the state in 2016 among working-class men.

Sandy Arnell, who lives in Downingtown, on the outskirts of Philadelphia, has worked for the Republican Party in the Pennsylvania state house and on Capitol Hill in Washington. She considers herself a political moderate — fiscally conservative, socially liberal — but says she doesn't see a place for her in the party anymore.

"I have seen the Republican Party disintegrate into hate and fear-mongering and more of an extremist view of the way conservatism should be in my mind," said the 48-year-old Arnell. "The Republican Party has no room for any other opinion but kowtowing to a sycophant." .

In June 2017 she registered as a Democrat. "I can't even tell you what the last straw was, because there's been so many times where I think 'It can't get any worse.'"

State of play in Pennsylvania

The potential wave of Republican women turning to the Democrats is the latest political shift in the state. In the 2016 presidential election, working-class, union-friendly voters that traditionally went with the Democrats instead gave Trump their votes. He won Pennsylvania by a surprising, but narrow, margin — a little more than 44,000 votes.

Pennsylvania is again considered a key battleground. An average of polls from aggregator Real Clear Politics, shows Biden with an average 7.1 point advantage; some polls have the former vice-president as high as 13 points up, others as low as four.

Trump has made a number of visits to the state to shore up his support in the southwestern and northeastern corners. Biden has visited the suburbs, but also those towns Hillary Clinton lost, hoping his own working-class background, and birthplace of Scranton, in northern Pennsylvania, will make him more appealing to voters there.

The Great Commonwealth of Pennsylvania would absolutely die without the jobs and dollars brought in by Fracking. Massive numbers! Now Biden &amp; Harris, after Radical Left Dem Primaries, are trying to change their stance. Pennsylvania wants Energy and Second Amendment!

Issues like coal mining and fracking, which came up repeatedly in last week's vice-presidential candidates debate, have made headlines during the campaign. Fracking in particular, and an emphasis on Biden's environmental policies, is an issue Trump clearly sees as key to convincing the state he's the best choice for the economy.

Part of the 'silent majority'

For 24-year old Olivia Braccio, a staunch Trump supporter, the biggest issue is one Trump hopes resonates with suburban women: safety, and a fear that the protests blanketing American cities over the summer will bring violence to their front door.

"I feel very unsafe and I live in the suburbs," she told CBC News just after a recent Women for Trump event where former Fox News anchor, and girlfriend of Donald Trump Jr., Kimberly Guilfoyle echoed the president's law-and-order message. 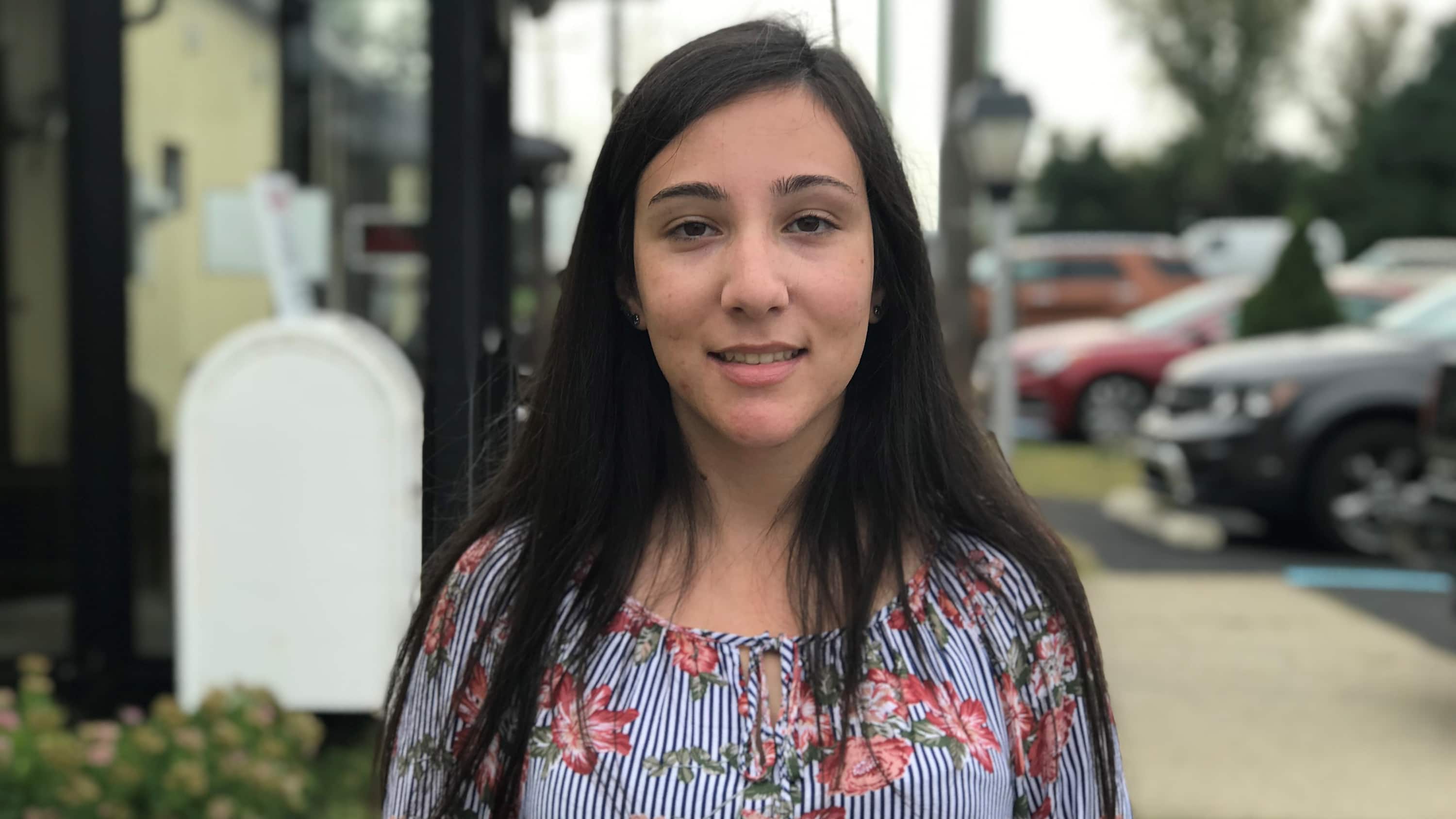 4 months agoVideo
0:59
Olivia Braccio talks about why Donald Trump’s message of law and order resonates with her. 0:59

"As far as going into a major city, I'm not sure if I could ever take a trip to a major city and look at it the same way," Braccio said.

Part of that fear, she and others at the event said, is rooted in the belief that Trump supporters are persecuted for their support of the president. So while she acknowledges Trump isn't faring well in the polls, she says — just as in 2016 when Hillary Clinton had a large lead — they don't tell the whole story.

"I know a lot of women and a lot of minorities who are supporting Trump," she said. "There is a silent majority, and we're getting to be not so silent."

Experts have studied the phenomenon of so-called Shy Trump supporters — those who are reluctant to voice their support ; one poll even builds it into its results. Some also point to large voter registration numbers for Republicans as signs of Trump's strength in the state.

Democratic grassroots organizers see disenchanted Republican women as a potential way to add to the momentum they've built in the last three years. In the 2018 midterm elections, Democrats took four suburban congressional seats around Philadelphia, three of which had been Republican, sending three women to Congress.

The party has also focused its energy on local races. In one county encompassing Philadelphia's western suburbs, Democrats took control of the county council for the first time since the American Civil War.

"I've absolutely been talking to Republicans who tell me that they can't wait to vote for Joe Biden, and that's something that we started seeing in 2018," said Jayatri Das, an organizer with Democratic grassroots group Move the Needle.

She says since the midterm elections they've found success targeting some of their outreach at disaffected Republican women. Das says the pandemic, the president's dismissal of science and experts and the staggering number of dead across the country has had an impact.

"The pandemic really crystallized all of the failures of this administration in a way that matters to people's lives, and they're ready to see a change in the bigger picture," said Das.

The people who spoke to CBC News for this story all said the president's own bout with COVID-19 hasn't shifted their position, only further entrenched their beliefs.

Braccio's mother Pauline believes it will energize Trump supporters and fuel greater turnout: "It makes me love him more because he is so strong," said the elder Braccio, who defended the president's handling of the pandemic.

"He's 74 and he is very healthy and he proved that people, even older people, can survive this."

Arnell says Trump's comments after his illness, including talk of not allowing the virus to "dominate your life," reinforced her opposition.

"If anything, it makes me more upset that somebody we trust to provide leadership for the country is severely lacking in good judgment," said Arnell.

Becker, who is a member of the group Republican Voters Against Trump, agrees.

"It only intensifies my desire to see this person be removed swiftly and decisively."

Becker says, above any other issue, the country needs to hit reset and heal. She hopes conservative voters will set aside their political agendas and see Biden as a safe, inoffensive choice that would allow the country to take a breath and come together.

"I think of our country right now as on life support, plugged into the machine, slowly beeping. I think if we can turn the corner, you know, in November, I think there's hope for us."

"I think if we are subjected to four more years of this, I don't know that we make it."