The Chinese tech company Huawei on Saturday announced it has fired a sales director who was arrested in Poland and charged with spying for China, saying he has brought the firm's reputation "into disrepute."

The Chinese tech company Huawei on Saturday announced it has fired a sales director who was arrested in Poland and charged with spying for China, saying he has brought the firm's reputation "into disrepute."

The company said it has "decided to terminate the employment of Mr. Wang Weijing, who was arrested on suspicion of breaking Polish law."

Polish authorities said Friday they have arrested Wang, a Chinese citizen and former diplomat, along with a Polish cybersecurity expert who had held several top government cybersecurity jobs and also worked at the telecom company Orange.

Huawei said Wang's actions "have no relation to the company" and that he was fired because "the incident in question has brought Huawei into disrepute."

The arrest rekindled tensions between China and the West over cybersecurity concerns surrounding Huawei. It's the world's biggest maker of telecommunications equipment, but has been banned in the U.S. since 2012 over fears it's a security risk.

In a statement on Saturday, a spokesperson for the Chinese embassy in Poland said the embassy had met with the Polish Ministry for Foreign Affairs over the detention of a Chinese citizen and had requested that the Chinese side is briefed on the matter and consular visits be arranged as soon as possible.

China resolutely opposes "deliberate smearing" and "unwarranted fabrication" with no factual basis, the statement added, without specifying what it was referring to.

'Another nail in the coffin'

Huawei had ambitious plans in Europe to roll out next-generation 5G mobile networks. But some European governments and telecom companies are following the U.S. lead in questioning whether using Huawei for vital infrastructure for mobile networks could leave them exposed to snooping by the Chinese government.

"One thing is clear: this is another nail in the coffin of Huawei's European ambitions," said Thorsten Benner, director of the Global Public Policy Institute, a think-tank.

Poland is Huawei's headquarters for Central and Eastern Europe and the Nordic region.

Maciej Wasik, deputy head of Poland's Special Services agency, said the operation that resulted in the arrests had been underway for a long time. He said "both carried out espionage activities against Poland."

Zaryn told The Associated Press that prosecutors have charged the two men with espionage, but agents are continuing to collect evidence and interview witnesses. Further indictments are expected, he said.

Polish state television TVP reported that the men have proclaimed their innocence, but Zaryn could not confirm that. If convicted, they each could face up to 10 years in prison.

State TV identified the Polish man as Piotr D., and said he was a high-ranking employee at the Internal Security Agency, where he served as deputy director in the department of information security, until 2011.

The Polish state news agency, PAP, said the man had also held top cybersecurity positions at the Interior Ministry and the Office of Electronic Communications, a regulatory body. It said, while at the Internal Security Agency, he was involved in building a mobile communications system for top Polish officials, and he was fired in 2011 amid a corruption scandal.

Geopolitical tensions over Huawei have intensified since Canada arrested a top executive last month at the request of U.S. authorities. Last year Australia, New Zealand and Japan instituted their own bans against using Huawei.

An official at the Chinese Embassy in Warsaw said Chinese envoys had urged Polish Foreign Ministry officials to arrange a consular visit with Wang "as soon as possible."

Orange Poland told the AP on Friday it was cooperating with Polish security services in the case and had "handed over belongings of one of our employees" in Tuesday's search of its offices. Orange told the AP it did not know if the suspicions against its employee were related to his work at Orange or his previous jobs.

Watch: Canada caught between U.S. and China in Huawei arrest 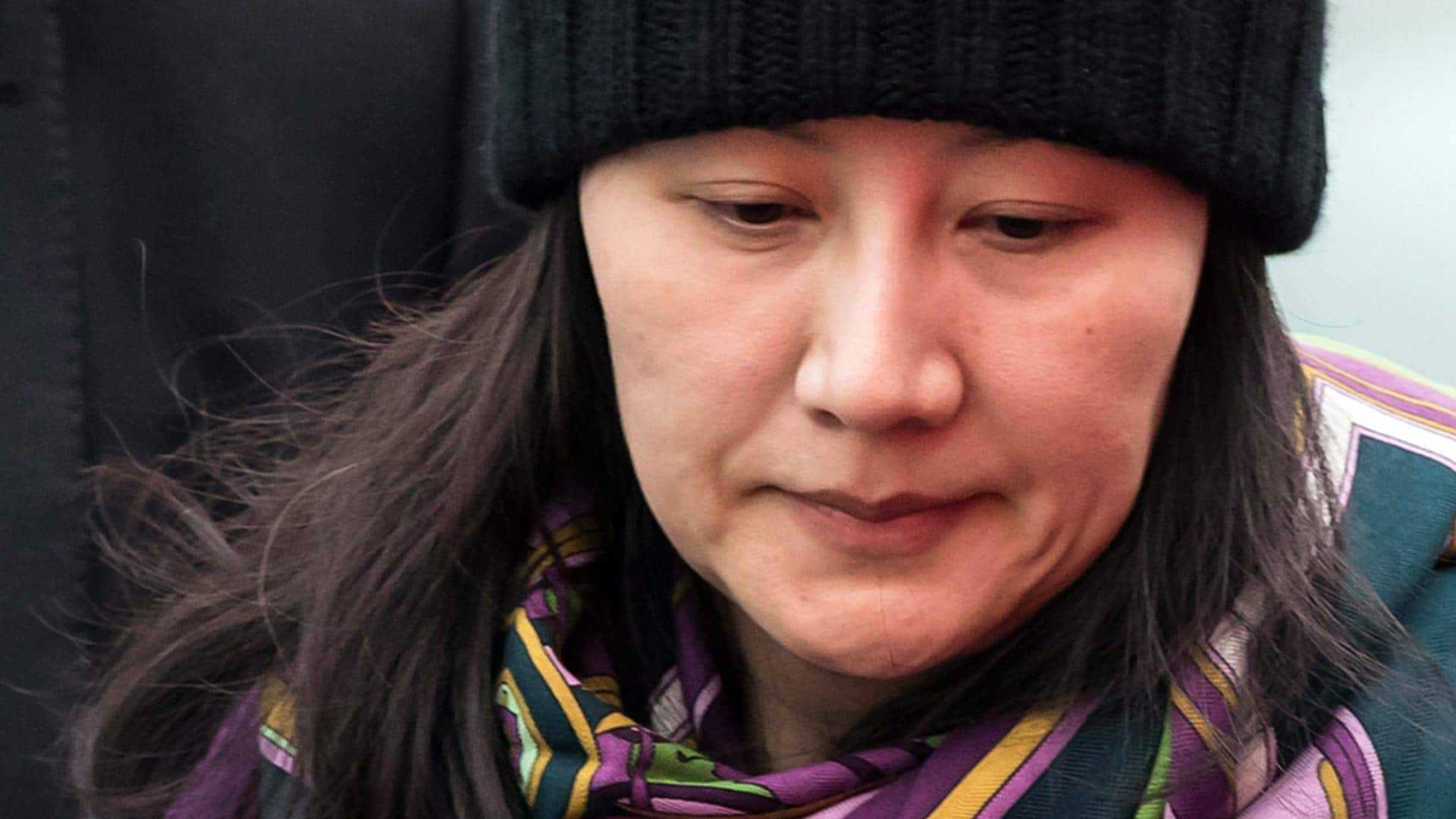 2 years agoVideo
12:51
With the drama surrounding extradition proceedings for Huawei CFO Meng Wanzhou, detained in Vancouver earlier this month, is Canada a vassal of the United States? China thinks so, according to South China Morning Post columnist Alex Lo. 12:51

Huawei's chief financial officer, Meng Wanzhou, was arrested Dec. 1 in Canada in connection with U.S. accusations that the company violated restrictions on sales of American technology to Iran.

The United States wants Meng extradited to face charges that she misled banks about the company's business dealings in Iran. She is out on bail in Canada awaiting extradition proceedings.