How to talk to kids about race, and why you should start now

The worldwide protests against police brutality and systemic racism that began last week after the death of George Floyd are forcing many parents to address issues of race, privilege and injustice based on skin colour with their kids.  Here's how to do it effectively.

If you think your children are too young to get it, you're wrong, say experts

The worldwide protests against police brutality and systemic racism that began last week after the death of George Floyd are forcing many parents to address issues of race, privilege and injustice based on skin colour with their kids.

And if you think your children are too young to get it — or that you're raising kids colour-blind to race — you're wrong, say experts.

"Children are thinking about race already by the end of their first year of life," said University of British Columbia psychology professor Andrew Baron, who specializes in the origins of race bias.

"Certainly, by the time that they're three or four, they're identifying race when they look at people. When they see individuals, they're not just looking at them as a person."

Baron said his own research shows children already have "implicit bias" — unconscious thoughts and feelings about social and racial groups — by the time they're out of kindergarten.

"And the fact that a five- and six-year-old already has it at adult-like levels suggests that this stuff isn't learned very slowly. It's learned very early."

While people of colour often factor race into daily conversations out of necessity, many white parents might be talking to their kids about race as a result of recent protests for the first time.

And that luxury to wait, said Black identity and multiculturalism expert Handel Wright, should be acknowledged as privilege.

"Inaction is not neutrality," said Wright. "Inaction is, in fact, support of the status quo."

One way to start talking about anti-Black racism is to "model empathy," said San Francisco-based pediatrician Rhea Boyd, who studies the effects of policing on children's health.

"If a child expresses concern about what they've seen affecting another child or family, share how they can act in defence of that person. How they can stick up for them."

The kinds of biases that we have as adults … are notoriously difficult to change.- Andrew Baron, UBC psychology professor

But it's rarely kids who are uncomfortable talking about it, experts say. More often, it's parents.

Baron, Boyd and others suggest diversifying home libraries for starters, and people might already be catching onto that.

The top five bestsellers on Amazon in the U.S. this week are about race, including White Fragility: Why it's so Hard for White People to Talk About Racism by Robin Diangelo and So You Want To Talk About Race by Ijeoma Oluo. Canada is experiencing a similar phenomenon. 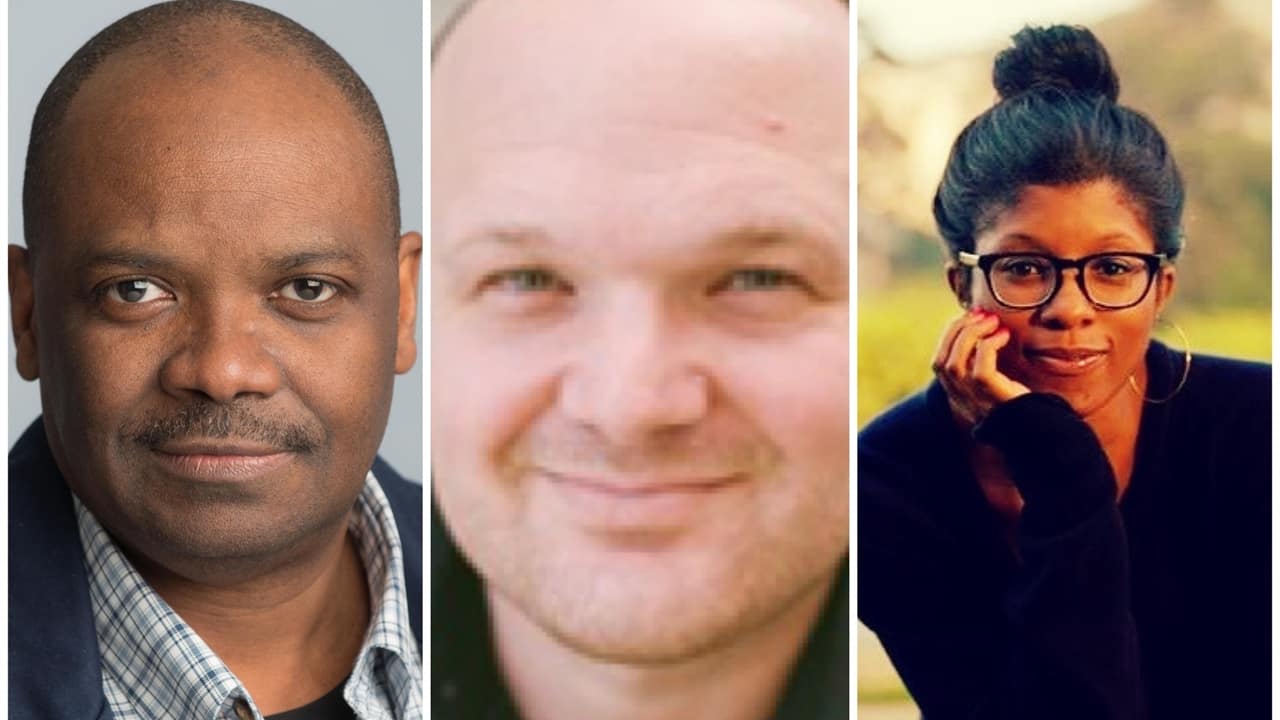 9 months ago
2:37
Experts in race and bias offer tips for parents to start the conversation 2:37

Start as early as preschool

Caryn Park, part of the education faculty at Antioch University Seattle, said many parents of young children have had "that moment": their kids ask about another's skin colour out loud or point to someone who looks different from them in the grocery line. Rather than "shush" them, she says to "acknowledge" those differences, "cultivate curiosity" and explain the benefits of plurality.

"We tend to be so alarmed by children's responses that don't follow social norms, that we want to shut it down because we think they're not ready," said Park, who gives workshops to preschool teachers about anti-bias education.

"You're there to support. You're not there to have all the answers."

Seeking out books for kids with a variety of perspectives and non-white characters can help foster discussions, according to Wright, a professor at Vancouver's Centre for Culture, Identity and Education.

"Kids love talking about similarities and differences," said Wright. "And that's a fascinating and interesting kind of opening to begin to talk about race as being just another form of difference."

For older kids, discussing their emotional reactions to unfairness can help them do the right thing when it comes to calling out discrimination.

"Encourage kids to think of themselves as change-makers," said Park.

Wright says Black parents carry the added weight of explaining the historically discriminatory law enforcement practices that have led to the deaths of not only unarmed Black adults in North America — such as Floyd, Breonna Taylor and Botham Jean — but children such as Antwon Rose and Tamir Rice.

"The talk" often involves ensuring Black children know their rights, know to keep their voices calm and hands visible if stopped, and also understand they could be treated differently even if they're part of a multi-racial group of friends, said Boyd.

"It's devastating that they have to. For kids to know that they may be perceived differently and at such a young age and that they may be criminalized and subject to violence simply because of the colour of their skin or the size of their growing body," said Boyd.

"That's a lot for a child to digest, and it's unjust that they have to."

With students out of the classroom, there's no longer a forum for kids to explore these issues with their peers or a formally led discussion with teachers.

And when parents are already shouldering the burden of working from home or the stress of not knowing where their next job might be, these discussions combined with the demand for homeschooling are a lot to bear.

WATCH | Parents talk about preparing their children for interactions with police: 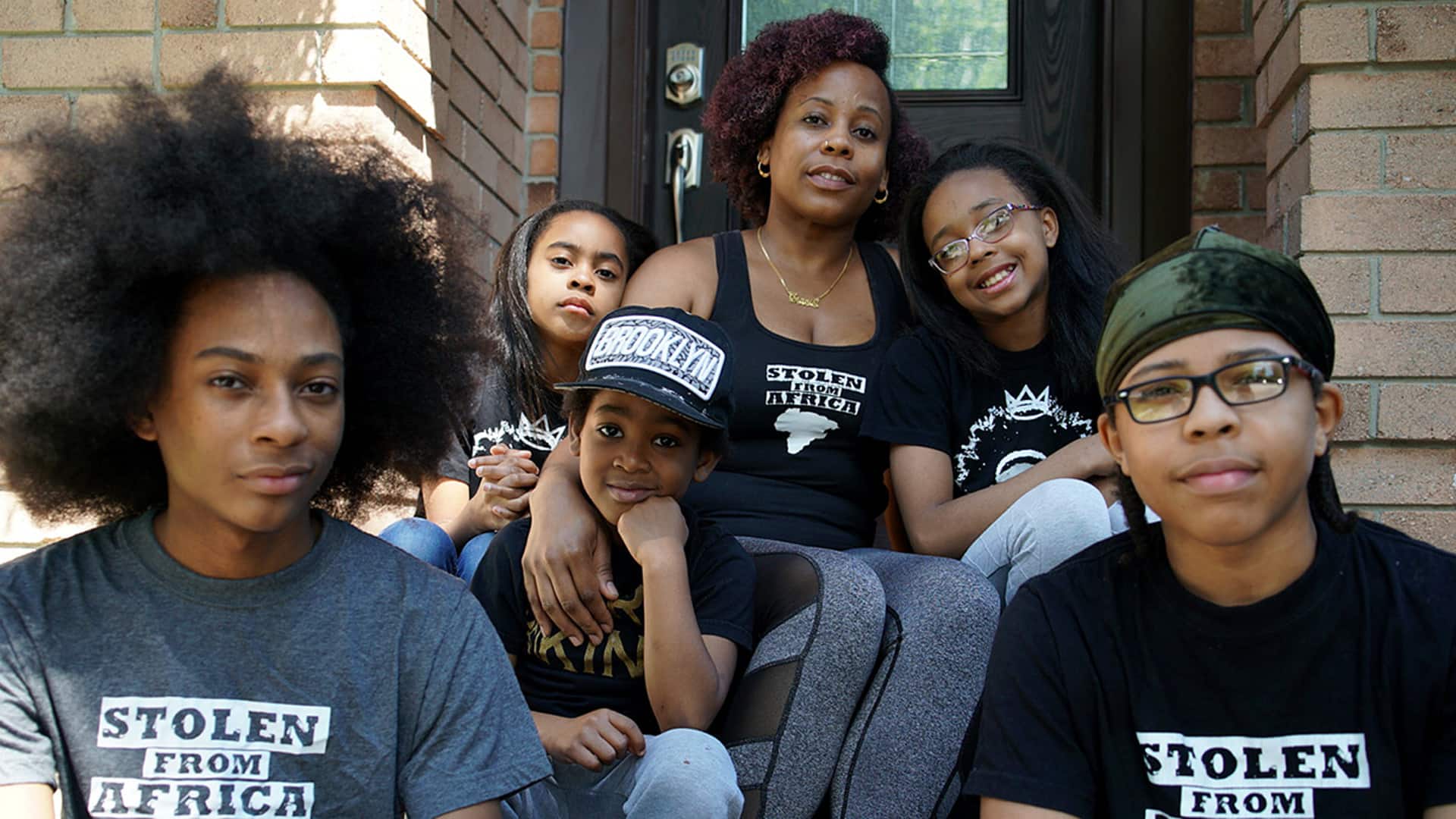 9 months ago
3:43
Three black parents share their fears and anxieties after the death of George Floyd and the difficult conversations they’re having with their children. 3:43

But Baron, whose research focuses on how to help children learn inclusivity, says this is the most important lesson you can teach your kids right now.

"Research shows that the kinds of biases that we have as adults, that affect how we treat people who look different from us, are notoriously difficult to change," said Baron. "It forms really early and it's calcified at a young age."

"We're trying to keep as long as possible the innocence of our kids when in fact kids are losing their innocence before our eyes or even when we're not watching," said Wright. "If you don't teach your kids about race and about racism, the world will."