Barr told members of the House's judiciary committee at a much-anticipated election year hearing the violence taking place in Portland, Ore., and other cities is disconnected from Floyd's killing, which he called a "horrible" event that prompted a necessary national reckoning on the relationship between the Black community and law enforcement.

"Largely absent from these scenes of destruction are even superficial attempts by the rioters to connect their actions to George Floyd's death or any legitimate call for reform," Barr said of the Portland protests.

The hearing marked Barr's first appearance before the committee, bringing him face-to-face with a panel that voted last year to hold him in contempt and is holding hearings on what Democrats allege is politicization of the Justice Department under his watch. It comes during a tumultuous stretch in which Barr has taken actions cheered by U.S. President Donald Trump but condemned by Democrats and other critics.

Opening the hearing, committee chair Jerry Nadler said the Trump administration had "twisted the Department of Justice into a shadow of its former self," serving the powerful before average Americans. He said the committee has a responsibility to protect Americans "from that kind of corruption."

"Your tenure is marked by a persistent war against the department's professional core in an apparent effort to secure favours for the president," Nadler said.

Nadler also excoriated Barr and the Justice Department for turning a blind eye to necessary reforms to police departments, for dismissing Black Lives Matter protests and for flooding streets with federal agents to stop protesters.

Republicans hit back hard in defence of Barr and Trump's administration. The top Republican on the panel, Ohio's Jim Jordan, showed an eight-minute video that spliced together images of violence by protesters around the country, showcasing law enforcement officers under attack in Chicago, Portland and New York. The images were cut from hundreds of hours of footage of largely peaceful protests against racial injustice around the nation.

Barr said "many of the Democrats on this committee have attempted to discredit me by conjuring up a narrative that I am simply the president's factotum who disposes of criminal cases according to his instructions. Judging from the letter inviting me to this hearing, that appears to be your agenda today." 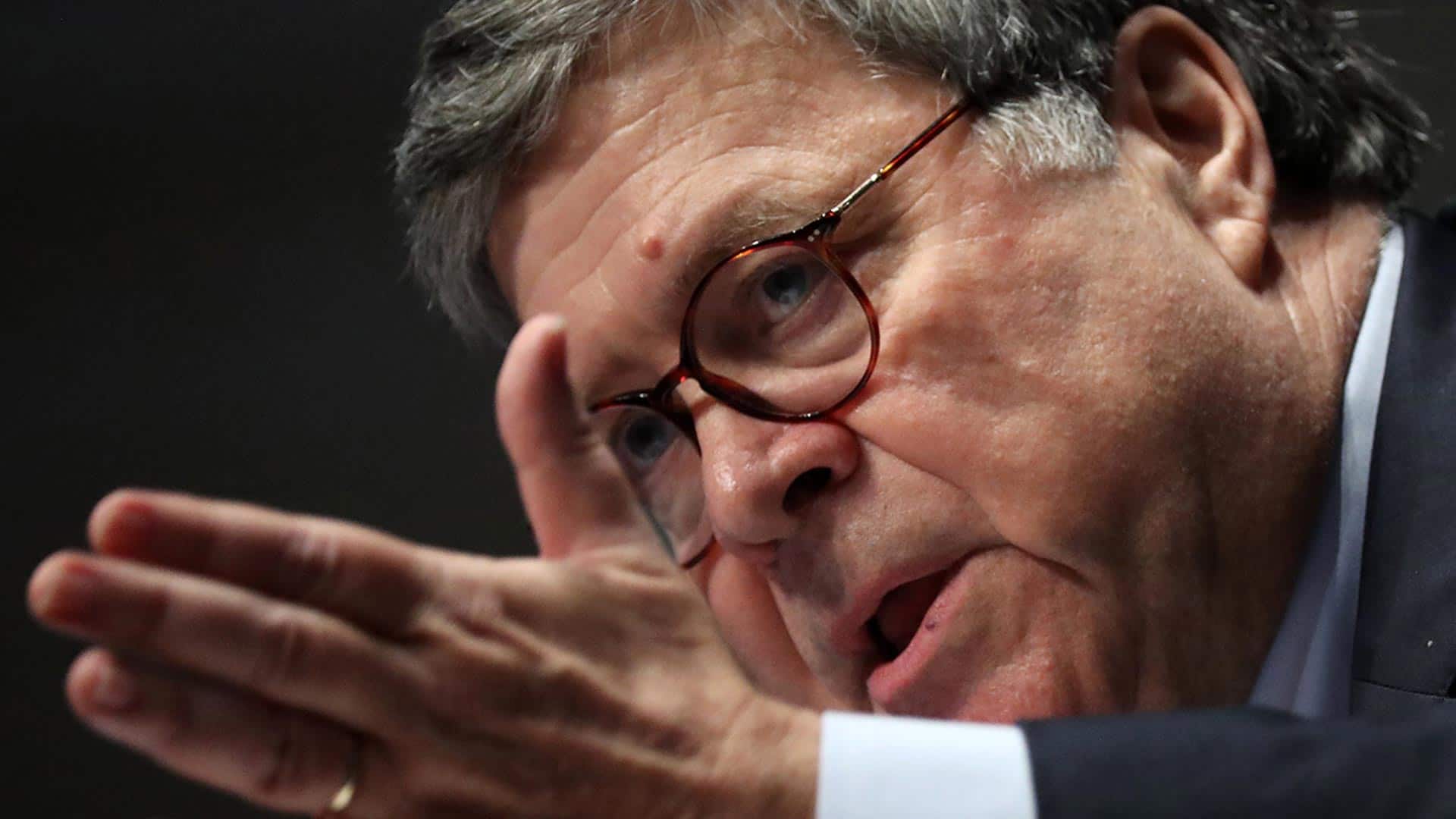 3 months ago
2:02
U.S. Attorney General William Barr testified at federal hearings about the use of force by police, after George Floyd's death and the protests that followed. Barr defended actions taken against protesters calling them 'violent rioters and anarchists.' 2:02

The testimony underscores the Justice Department's ongoing effort to differentiate between increasing violence in some cities and Floyd's death, which has led to state charges against four officers and is under investigation by federal authorities. Massive but largely peaceful demonstrations followed Floyd's death in late May.

Civil unrest escalated in Portland after federal agents were accused of whisking people away in unmarked cars without probable cause; the people were detained and later released. And in Washington, D.C., peaceful protesters were violently cleared from the streets by federal officers using smoke bombs and pepper balls before a photo op by Trump in front of a church, where Barr had accompanied him.

Barr has defended as necessary the broad use of law enforcement power to deal with the situation, but the department's internal watchdog has opened investigations into use of force and other tactics by agents in those cities.

Democrats like Jamie Raskin and Pramila Jayapal also questioned why Barr didn't feel the need to respond in such a manner when largely white protesters, some armed, held protests and issued deadly threats to the governor over stay-at-home orders at Michigan's legislature. Barr responded that it was his responsibility to protect the federal government and installations, not state property.

Beyond the federal response to the demonstrations, Barr is expected to be pressed in detail about his intervention in criminal cases arising from special counsel Robert Mueller's Russia investigation. The hearing will provide Barr with a forum to offer his most detailed account to date for his actions in the criminal cases, which he has said were taken in the interests of justice and without political pressure.

Those include the Justice Department's decision to drop the prosecution of former Trump administration national security adviser Michael Flynn — a request now tied up in court.

Barr pushed for a more lenient sentence for another Trump ally, Roger Stone, prompting the entire trial team's departure. That decision was at the centre of a hearing before the committee last month, when one of the prosecutors alleged politics from Justice Department leadership had influenced the handling of the sentence.

Barr has said that Flynn, who pleaded guilty as part of Mueller's probe to lying to the FBI, should never have been charged and that the original sentencing recommendation for Stone — also charged in the Mueller investigation — was excessive. 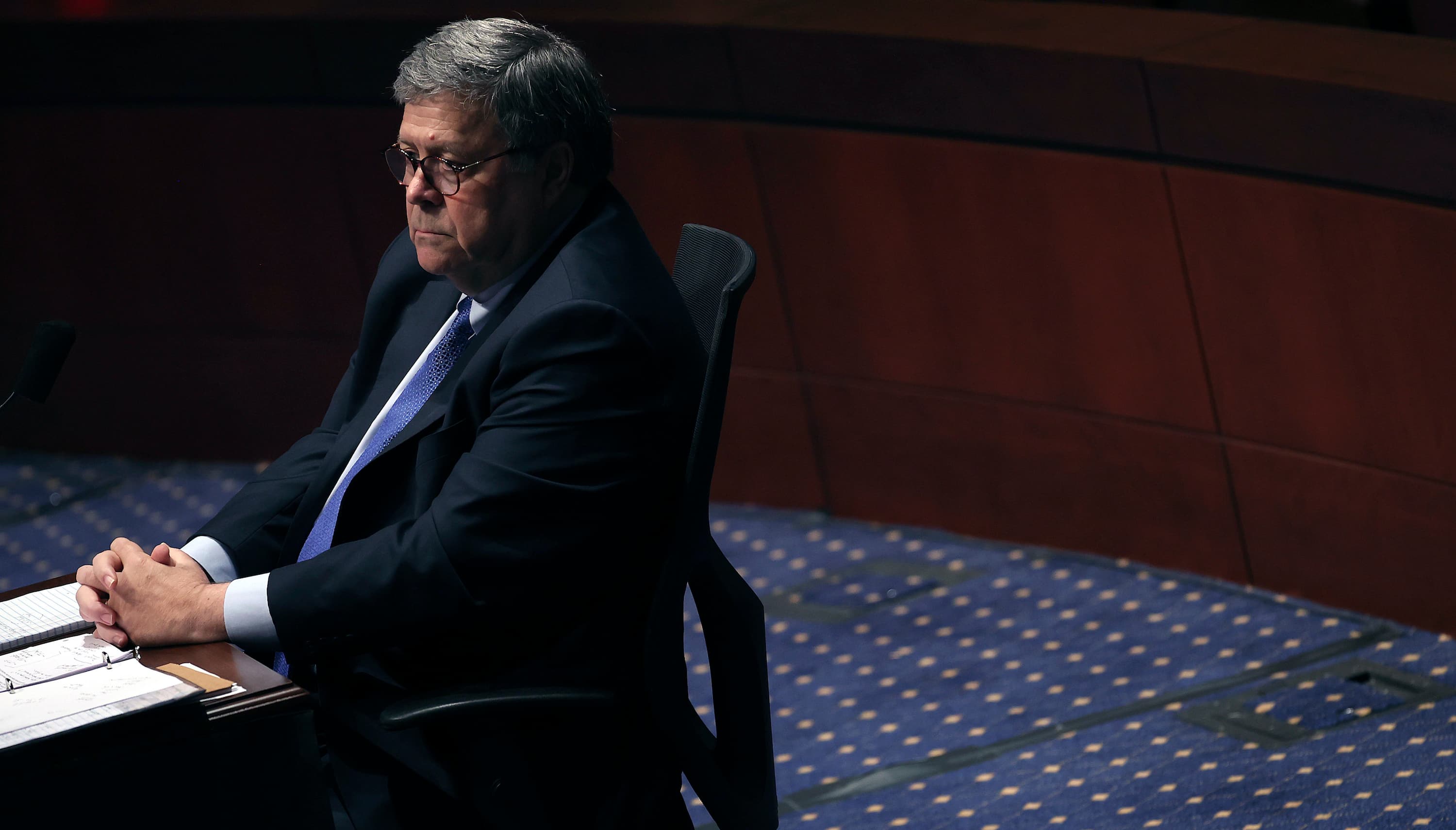 3 months ago
1:36
In a testy exchange, U.S. Attorney General William Barr addressed the accusation that Roger Stone received a lesser jail sentence because he was friends with President Donald Trump. 1:36

Republican lawmakers have been overwhelmingly supportive of Barr's performance. Even among the GOP committee members, though, Barr faces pressure to deliver results soon on an investigation that he initiated into the origins of the Russia probe.

It's unclear when or how that investigation, being led by U.S. Attorney John Durham of Connecticut, will end. Barr has said he hopes to have results by the end of the summer.

Barr, in a prepared statement, defended the department in other controversies that have shadowed his tenure, including his handling of the investigation into Trump campaign ties to Russia, which he derisively refers to as "the bogus 'Russiagate' scandal." Barr didn't read that part of his statement in the hearing room, but it was in remarks sent out by the department.

WATCH | Barr asked about Roger Stone and the Russia investigation: 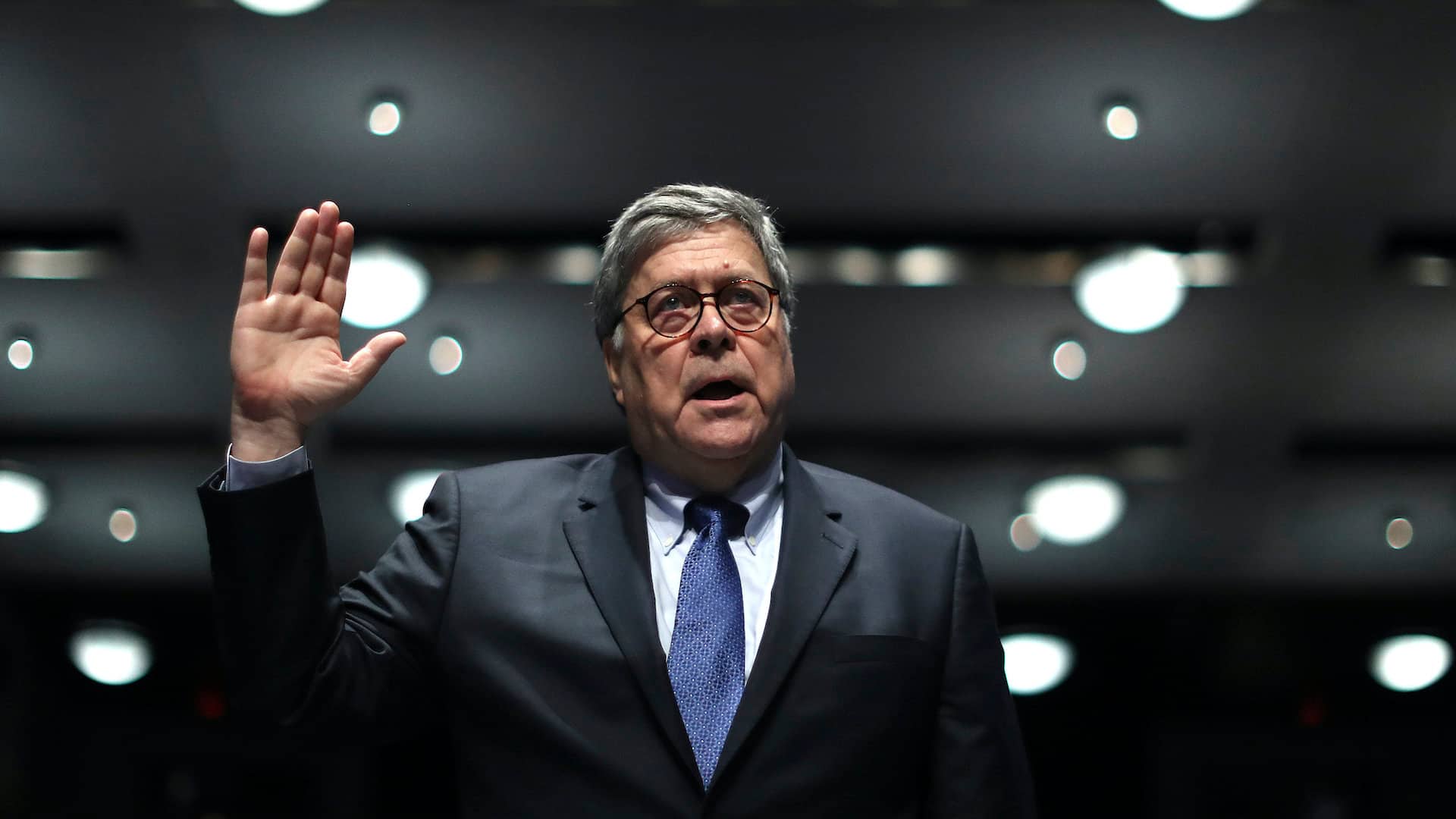 3 months ago
3:13
U.S. Attorney General William Barr called the claim that President Donald Trump committed a crime by lying under oath during the Russia investigation a 'Rube Goldberg' theory. 3:13