Hong Kong leader Carrie Lam said Tuesday the extradition bill that sparked the Chinese-ruled city's biggest crisis in decades is dead, but critics have accused her of playing with words. 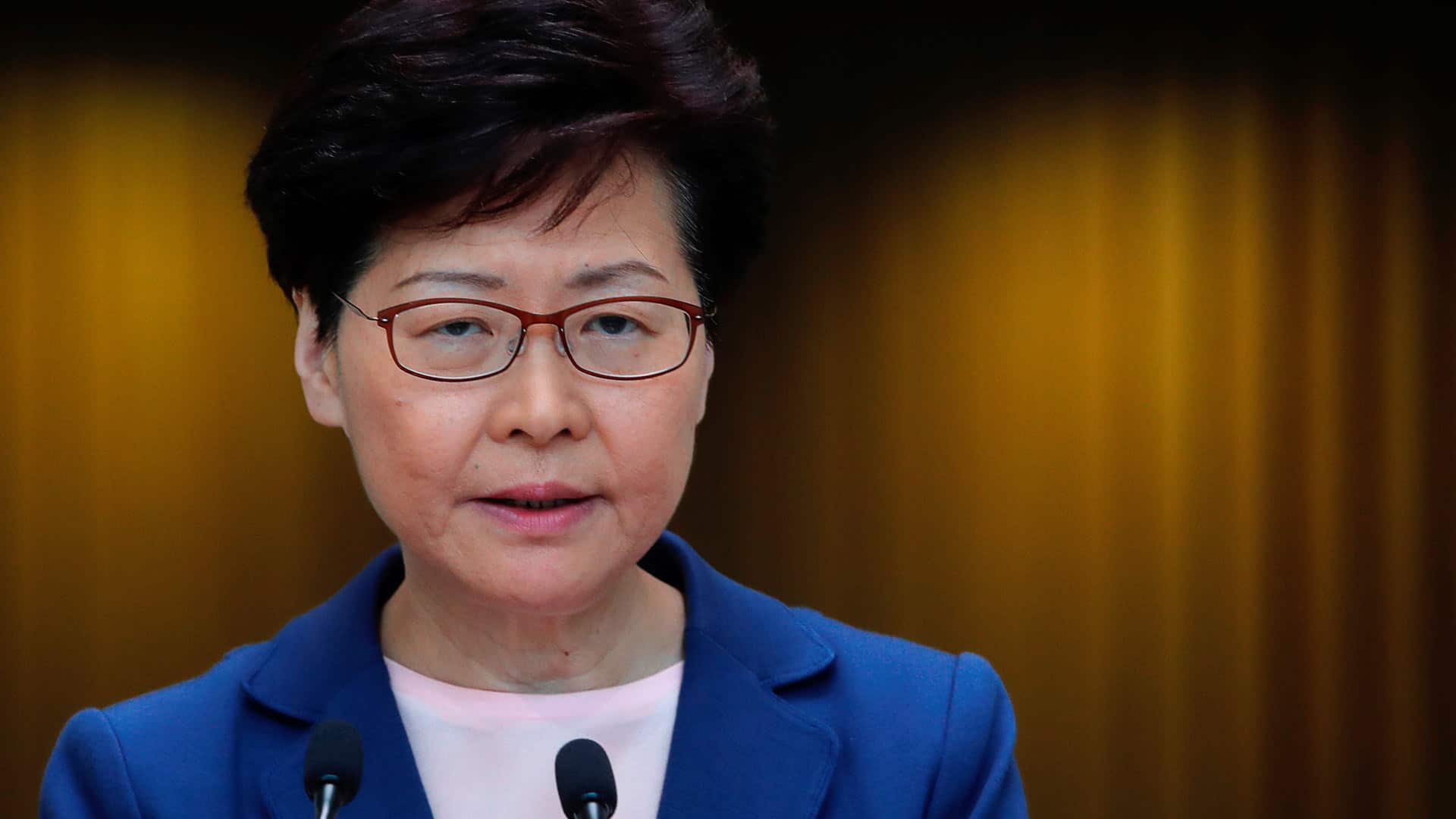 1 year ago
0:38
Leader says the extradition bill that sparked mass protests is dead. 0:38

Hong Kong leader Carrie Lam said on Tuesday the extradition bill that sparked the Chinese-ruled city's biggest crisis in decades is dead and government work on the legislation had been a "total failure," but critics have accused her of playing with words.

The bill, which would allow people in Hong Kong to be sent to mainland China to face trial in courts controlled by the Communist Party, sparked huge and at times violent street protests and plunged the former British colony into turmoil.

In mid-June, Lam responded to protests that drew hundreds of thousands of people to the streets by suspending the bill, but that did not stop demonstrations that shut government offices and brought parts of the financial centre to a standstill.

Her latest attempt to restore order did not satisfy protesters who stood by demands she withdraw the bill for good.

"There are still lingering doubts about the government's sincerity or worries whether the government will restart the process in the Legislative Council," Lam told reporters on Tuesday.

"So I reiterate here, there is no such plan, the bill is dead."

The government's work on the bill had been a "total failure," she said.

The bill triggered outrage across broad sections of Hong Kong society amid concerns it would threaten the much-cherished rule of law that underpins the city's international financial status.

In the most recent protest on Sunday, tens of thousands of people, chanting "Free Hong Kong" and some carrying British colonial-era flags, marched toward a high-speed railway station that connects Hong Kong to the mainland. They said they wanted to carry a peaceful protest message to people on the mainland, where state-run media have not covered the protests widely, but have focused instead on clashes with police and property damage. 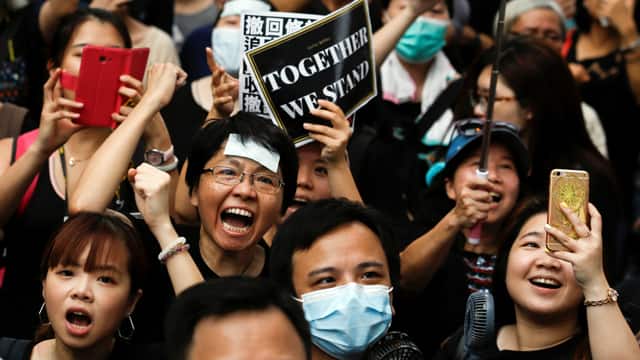 1 year ago
1:58
Hong Kong has been riven by protests for the past month, sparked by proposed changes to extradition laws that would have allowed suspects to be sent to the mainland to face trial. 1:58

Hong Kong returned to Chinese rule in 1997 with the promise of a high degree of autonomy, including an independent legal system and right to protest. But in recent years, there has been growing concern about the erosion of those freedoms at the hands of Beijing.

Critics of the extradition bill fear Beijing could use it to crack down on dissent.

University students who have been out in force during the protests denounced Lam's comments.

"What we want is to completely withdraw the bill. She is playing word games," said Chan Wai Lam William, general officer of the Student Union of Chinese University of Hong Kong.

Demonstrators have also called for Lam to resign as Hong Kong chief executive, for an independent investigation into police actions against protesters and for the government to abandon the description of a violent protest on June 12 as a
riot.

"It is not a simple thing for CE [chief executive] to step down, and I myself still have the passion and undertaking to service Hong Kong people," Lam said when asked about the protesters' demands.

"I hope that Hong Kong society can give me and my team the opportunity and room to allow us to use our new governance style to response to people's demand in economy and in livelihood."

China has called the protests an "undisguised challenge" to the "one-country, two-systems" model under which Hong Kong is ruled.

Chinese Foreign Ministry spokesperson Geng Shuang, asked about Lam's remarks, referred to the central government's statement on June 15 that supported Hong Kong's decision to shelve the extradition bill. He said he had nothing further to add.

Fernando Cheung, a pro-democracy lawmaker who has been aligned with the protesters, said Lam's response was insufficient.

"She still doesn't get it. If she doesn't establish an independent inquiry commission, it's the death of her administration, not just the bill. The crisis cannot be settled without some heads rolling," he told Reuters.

Jimmy Sham, convener of the Civil Human Rights Front, which has organized a series of protests, said Lam should meet the protesters' demands and stop using "words to cheat the public."

Amnesty International also said in a statement that Lam's "refusal to acknowledge the consequences of the fatal flaws" of the extradition bill continues to "inflame the situation" in Hong Kong. It urged her to formally withdraw the bill and called for "an independent, impartial, effective and prompt investigation" into police actions on June 12.

Lam said the June 12 protest, which saw police fire tear gas, rubber bullets and beanbag rounds at demonstrators, had not been given a label, but reiterated any decision to prosecute would be one for the justice department.

"Any demand that we should run an amnesty at this stage, that we will not follow up on investigations and prosecutions of offenders, is not acceptable, because that bluntly goes against the rule of law in Hong Kong," she said.

"My sincere plea is: Please give us an opportunity, the time, the room, to take Hong Kong out of the current impasse and try to improve the current situation."