Hong Kong has tested thousands of people for coronavirus at the start of a mass-testing effort that's become another political flashpoint in the semi-autonomous Chinese territory.

Some residents fear DNA could be collected in testing process, are skeptical of test's efficacy

Hong Kong tested thousands of people for coronavirus Tuesday at the start of a mass-testing effort that's become another political flashpoint in the semi-autonomous Chinese territory.

Volunteers stood in lines at some of the more than 100 testing centres, though many residents are distrustful over the resources and staff being provided by China's central government, and some have expressed fear their DNA could be collected.

The Hong Kong government has dismissed such concerns, and leader Carrie Lam urged the public to see the program in a fair and objective light and appealed to critics to stop discouraging people from being tested since participation was crucial to the program's success.

Priscilla Pun, a sales manager, got tested to give herself peace of mind.

"I don't see any reason not to do it, and this way I can let my family in Canada know that I am safe," said Pun, who was tested at a centre in the eastern Quarry Bay neighbourhood.

Others, such as Giselle Ming, said that she decided to take part to support the Hong Kong government's initiative even though she was not worried that she might be a carrier of the coronavirus.

"In this bad situation of the coronavirus, I hope I can do something to help the society," she said.

Lam said at her weekly news conference that more than 10,000 people, including most of Hong Kong's government ministers, had been tested by Tuesday morning.

"This large-scale universal community testing program is beneficial to fighting the epidemic and beneficial to our society," Lam said. "It will also help Hong Kong come out of the pandemic unscathed and is conducive to the resumption of daily activities."

More than 500,000 people in the city of 7.5 million signed up in advance for the program, which will last at least a week. It is aimed at identifying silent carriers of the virus — those without symptoms — who could be spreading the disease. 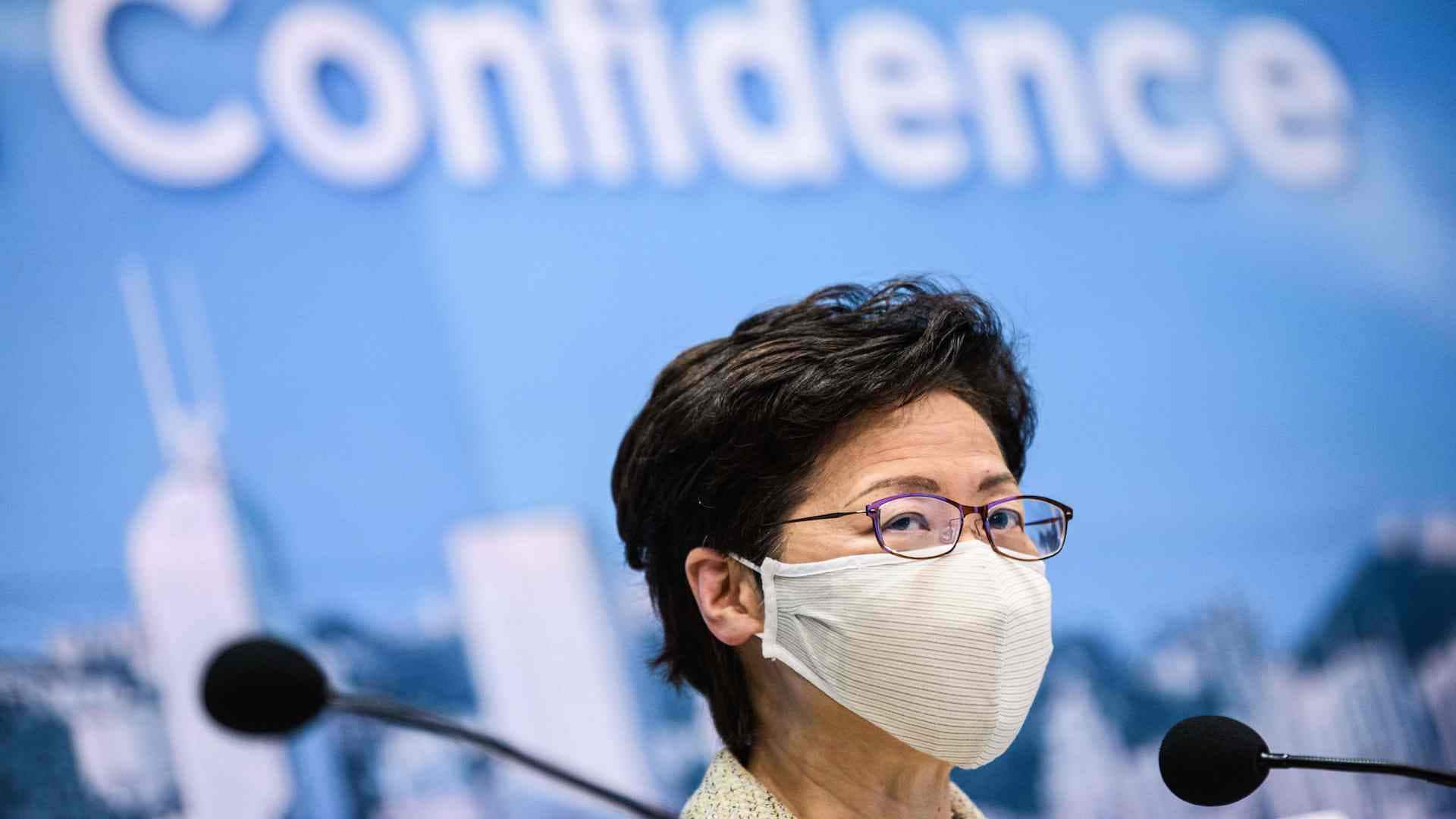 The government expects five million people will take part in the program, which could be extended to two weeks depending on demand.

Hong Kong has recorded 4,822 cases of the coronavirus and 90 deaths, according to a tally from Johns Hopkins University.

The territory's worst outbreak of the pandemic, in early July, was blamed in part on an exemption from quarantine requirements for airline staff, truck drivers from mainland China and sailors on cargo ships.

At its peak, Hong Kong recorded more than 100 locally transmitted cases a day after going weeks without any in June.

The outbreak has slowed, with the city reporting just nine cases on Monday, the first time in two weeks that daily infections had fallen to single digits. However, the government and some experts say that community testing can help detect asymptomatic carriers to further stop the spread of the virus.

Respiratory medicine expert professor David Hui said that even though infections have dwindled, the proportion of cases with untraceable sources of infection remain between 30 and 40 per cent.

"That means there must be some silent transmission going on, so community testing has some role in picking up these silent transmitters," said Hui, who is a public health adviser to the city's government.

"Hopefully, if we can identify these people and isolate them for a period of time, that may help to break the transmission chain in the community."

The program is more effective if most of the population takes part, Hui said.

"If only one or two million people take part, then we may not be able to achieve that objective."

Other experts, such as Dr. Leung Chi-chiu, a respiratory specialist and a member of the Medical Council of Hong Kong, said that the testing program plays only a supplementary role in controlling the pandemic in the city because of the long and variable incubation period of the coronavirus.

Leung said that mass-testing may not be the most cost-effective method, as it is not easy to pick up the disease in its early development, especially if a person is not having symptoms or has not had recent exposure to an infected patient.

Even if mass-testing could identify infected patients, they may already be past the infectious stage, he said. 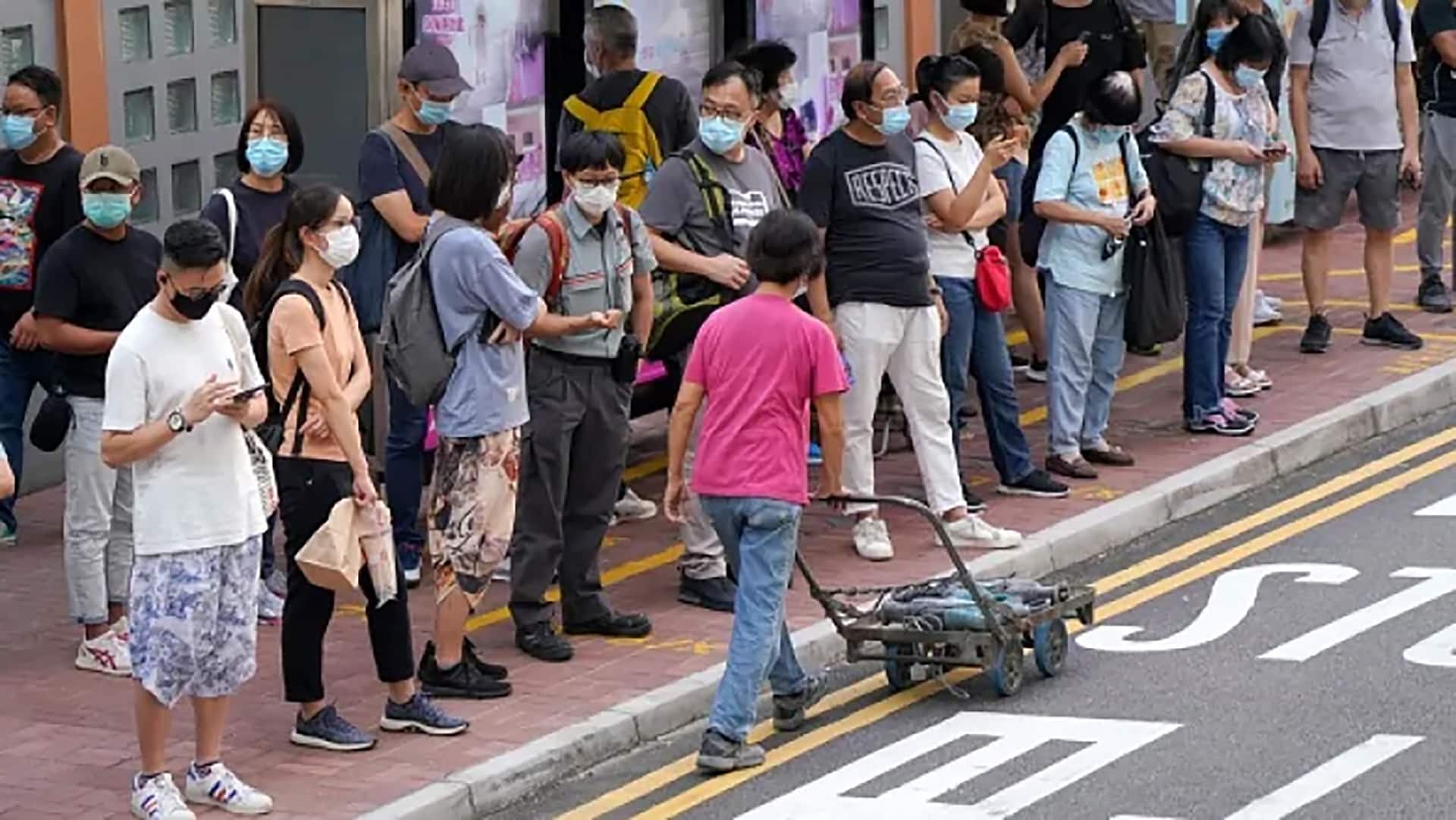 2 months ago
3:06
A Hong Kong man who recovered from the COVID-19 illness caused by the coronavirus was infected again four-and-a-half months later in the first documented instance of human reinfection, researchers at the University of Hong Kong say. The findings indicate the disease may continue to spread amongst the global population despite herd immunity. 3:06

Leung said that large-scale testing will not be able to replace traditional methods of social distancing and contact tracing measures and should only be used as a complementary measure.

Some pro-democracy activists, such as Joshua Wong, have publicly opposed the program. He called for a boycott, citing Swedish media reports that some test kits being used had high rates of false-positive results.

Lam noted that while false-positives can happen, the tests used in the program have passed quality assurance procedures.