75 years after Hiroshima bombing, it's falling to descendants to keep survivors' stories alive

As time passes and the number of survivors of the Hiroshima and Nagasaki bombings declines, a new generation of storytellers and advocates is looking to take on their memories as a way to illustrate the horror of nuclear war and push for change.

Toshiko Ishikawa saw a blinding flash of light and heard a "pop" before the ground started shaking. Moments later, she and a friend were buried under wood and concrete — the remains of nearby buildings in Hiroshima.

Momentarily knocked unconscious, she awoke to screaming, realizing her friend was trapped beside her and her stepmother was above her, shouting to dig.

"I looked to see my house, but it was gone," Ishikawa later told her daughter, Kathleen Burkinshaw. "Out of the corner of my eye, I could see fires and they looked like they were twirling. And ... I knew that's where my papa was."

Like many others exposed to the world's first atomic bombing, Ishikawa and her closest relatives are not alive to see the 75th anniversary of the tragic events. She died five years ago at the age of 82, after witnessing the deaths of nearly all her immediate family members.

Official records indicate hibakusha, the name given to survivors of the atomic bombs the U.S. dropped on the cities of Hiroshima and Nagasaki, now total fewer than 140,000. Hiroshima City says more than 325,000 people have lost their lives as a result of the bombs and their aftermath, including nearly 5,000 who died in the past year. The average survivor is at least 83 years old.

Many hibakusha viewed this year's memorial events in Japan as their last big chance to share their stories. But the COVID-19 pandemic forced organizers of the annual ceremony in Hiroshima Memorial Peace Park to scale back attendance to 800 guests, a 90 per cent drop from previous years. Travel restrictions made it impossible to welcome people from overseas.

The declining number of survivors is one reason Burkinshaw continues to share her mother's story, an action that arms control experts say is key to adequately portraying the true horror of nuclear destruction.

Ishikawa didn't speak much about the bombing, not even telling her daughter she was from Hiroshima until she turned 11.

"That was because of the nightmares she would have," said Burkinshaw, 51, from her home in Charlotte, N.C. "I remember being woken up with her screaming, every beginning of August."

Later, Burkinshaw learned the bomb made her mother an undesirable prospect for arranged marriage, as the families of prospective husbands worried survivors would be unable to have children. Like many hibakusha, she faced intense stigma, as people in the country knew only that the bomb caused residents to become sick, but not why.

Haunted by the loss

But that wasn't the only reason why Ishikawa left Hiroshima, first going to Tokyo and then to the United States with her American serviceman husband, nor is it why she told her daughter she contemplated suicide as a young adult.

Burkinshaw believes her mother was haunted by unimaginable loss: her classmates, who were near where the bomb fell while she stayed home sick; her friend who she couldn't pull from the rubble and her father, whom she and her stepmother found lying on the floor of a train station, nearly dead, with a wound in his chest that made it seem as if he were burning from the inside out.

"The war didn't end the effects of the bombing. It didn't end for my mom," said Burkinshaw. "It stayed with her forever."

No time to grieve

Sachi Komura Rummel was with a friend playing under a tree outside her school in the southwestern area of the city on Aug. 6, 1945, when she saw that same flash of light. She was blinded again by what she describes as a sandstorm.

She found her home, 3½ kilometres from the blast's epicentre, tilted and full of shattered glass, but still standing.

"We are lucky. And I am also lucky because I was in the shade of the tree," Rummel, now 83, said from her Vancouver home. She said she feels the tree likely saved her from the horrible burns suffered by many survivors.

For a few weeks after the bombing, the eight-year-old stayed at home, away from the dangerous levels of radiation close to the blast site.

"My father was at almost the centre of Hiroshima," she said. Later on that day, he arrived home, describing how the streets were full of bodies. After 10 days of nausea, diarrhea and extreme pain, he died.

Later, she watched as his body was covered in twigs and gasoline and set aflame at a nearby park that had become a crematorium.

For a self-described "daddy's girl," it was the worst moment of her life.

"My father died and Japan surrendered, and for everyone it was so difficult to live," she said. "I don't think we had a time to think about sadness or tragedy. We [had] to keep going."

'No family' should go through that

Both Rummel and Burkinshaw are trying to make sure English audiences continue to hear the stories of Japanese hibakusha.

Rummel began speaking out about nuclear dangers after a massive earthquake and tsunami triggered a triple meltdown at the Fukushima Daiichi plant in 2011. She eventually published Memoirs of a Survivor, a book that tells her life story.

Burkinshaw, who has a chronic pain condition doctors believe may be linked to her mother's radiation exposure, has written The Last Cherry Blossom, an historical fiction book recounting her mother's story.

"[Mom] didn't think her voice mattered," said Burkinshaw. "She said: 'No one's going to care about what happened to a little girl in Hiroshima.' And I hope she's looking down now and she can see they do. They do."

Burkinshaw visits U.S. schools and speaks to children who have read her book.

She said today's youth, who grew up outside the Cold War's shadow, seem more willing to look beyond the textbook explanation that the bomb saved American lives, and see that there is more to the story.

The goal of her book was to show Ishikawa was like any 12-year-old today "who didn't like homework and didn't keep her room clean."

"We need to feel it in our heart and we need to realize that could be our family. And no family should have to go through that."

Arms control advocates say personal stories are the most effective way to express the horror of nuclear war and push for change.

In 2017, Setsuko Thurlow, a hibakusha based in Toronto, accepted the Nobel Peace Prize on behalf of the International Campaign to Abolish Nuclear Weapons for its work advocating for a UN treaty to ban the weapons.

To date, 40 countries have ratified it. None of the world's nuclear powers or major allies, like Canada and Japan, have signed on.

"When that ban process was happening, there was an effort by NATO countries, particularly the United States, to boycott those talks," said Matt Korda, a research associate for the Nuclear Information Project at the Federation of American Scientists (FAS). "They had no real interest in engaging."

The global nuclear arsenal has substantially shrunk from a peak of 70,300 in 1986, at the height of the Cold War, according to the FAS, thanks to bilateral agreements between the world's largest nuclear powers: the United States and Russia.

But there have been recent setbacks.

"If the treaty is not extended, if there are no follow-on talks, we could see a period of unconstrained nuclear arms racing the likes of which we haven't seen in decades, not since the 1960s," he said.

According to advocates, international disarmament efforts have stalled in recent years, with FAS estimating that more than 13,400 nuclear warheads are still in existence.

"Nuclear weapons are out of sight and out of mind for most people," said Kimball. "But the risk that they pose is still there, and in some ways it is a more complicated and dire risk than in the Cold War years."

WATCH | Daryl Kimball describes the significance of the memories of the hibakusha: 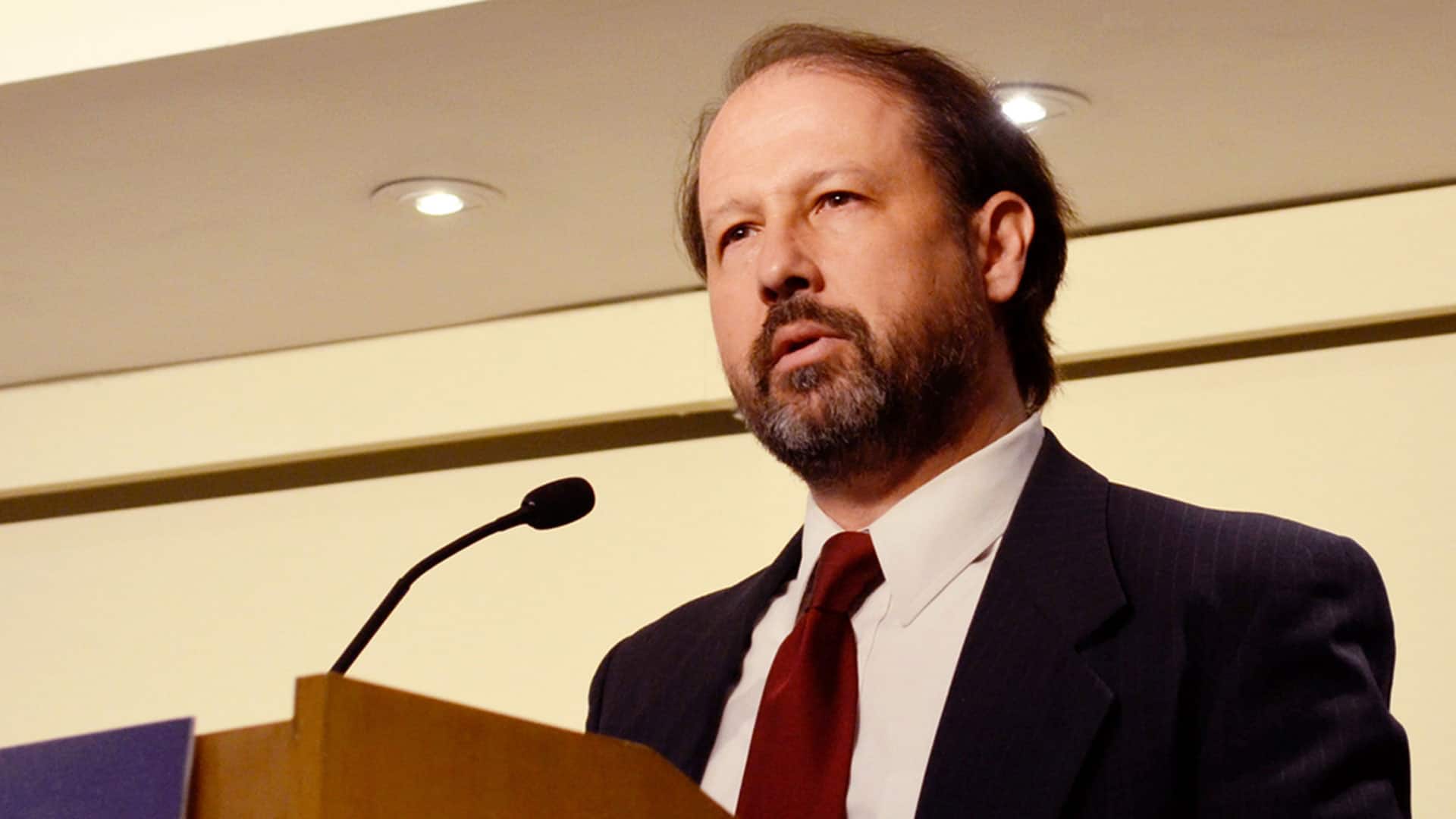 Remembering the stories of the hibakusha

2 months ago
1:09
Daryl Kimball of the Arms Control Association says the recollections of Hiroshima survivors are important. 1:09

Denuclearization talks between the United States and North Korea have broken down and the Iran nuclear deal, a landmark pact under which the country set limits on its nuclear program in exchange for the lifting of crippling economic sanctions, seems poised to collapse.

"We are seeing leaders more interested in just walking away from those [agreements] entirely, or some blaming and shaming of their arms control partners," said Korda.

"It's kind of frustrating that the leaders of arms-control states are generally sort of seeing disarmament as a type of chore, rather than actually a global security imperative or a humanitarian imperative."

But even in the darkest moments, there is hope.

After the bomb was dropped, people in Hiroshima were told it would be at least 75 years until trees bloomed again.

Rummel said when blossoms appeared the following spring, it showed the city and its people had a future — a message she hopes to have a small hand in passing on.

"I'm just planting seeds, small seeds, to peace. But that seed will grow in the future and then it will spread to create a peaceful world. That's my dream."

Elyse Skura is a reporter based in Tokyo, and a consulting producer for NHK World Japan. She’s also worked for CBC in Iqaluit, Ottawa and Thunder Bay.