Hiroo Onoda, the last Japanese imperial soldier to emerge from hiding in a jungle in the Philippines and surrender, 29 years after the end of the Second World War, has died. He was 91.

Onoda refused to surrender after end of war 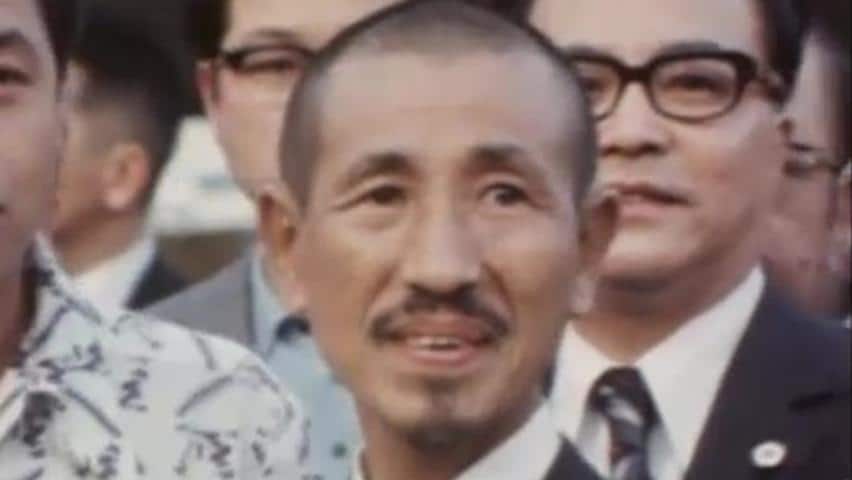 Hiroo Onoda, the last Japanese imperial soldier to emerge from hiding in a jungle in the Philippines and surrender, 29 years after the end of the Second World War, has died. He was 91.

Onoda died Thursday at a Tokyo hospital after a brief stay there. Chief government spokesman Yoshihide Suga on Friday expressed his condolences, praising Onoda for his strong will to live and indomitable spirit.

"After World War II, Mr. Onoda lived in the jungle for many years and when he returned to Japan, I felt that finally, the war was finished. That's how I felt," Suga said.

Onoda was an intelligence officer who came out of hiding, erect but emaciated, in fatigues patched many times over, on Lubang island in the Philippines in March 1974, on his 52nd birthday. He surrendered only when his former commander flew there to reverse his 1945 orders to stay behind and spy on American troops.

Onoda and another World War II holdout, Sgt. Shoichi Yokoi, who emerged from the jungle in 1972, received massive heroes' welcomes upon returning home.

Before and during the war, Japanese were taught absolute loyalty to the nation and the emperor. Soldiers in the Imperial Army observed a code that said death was preferable to surrender.

​Onoda refused to give up, despite at least four searches during which family members appealed to him over loudspeakers and flights dropped leaflets urging him to surrender.

After the initial sensation of his return home wore off, Onoda bought a ranch in Brazil. He later was head of a children's nature school in northern Japan.

"I don't consider those 30 years a waste of time," Onoda said in a 1995 interview with The Associated Press. "Without that experience, I wouldn't have my life today."

Still, he showed a great zeal for making up for years lost.

"I do everything twice as fast so I can make up for the 30 years," Onoda said. "I wish someone could eat and sleep for me so I can work 24 hours a day."

The son of a teacher, Onoda worked for a Japanese trading firm in Shanghai after finishing high school in 1939. Three years later, he was drafted and trained at a military academy.

In December 1944, he was sent to Lubang, about 150 kilometres southwest of Manila. Most other Japanese soldiers surrendered when U.S. troops landed on Lubang in February 1945, though hundreds remained missing for years after the war.

As he struggled to feed himself, Onoda's mission became one of survival. He stole rice and bananas from local people down the hill, and shot their cows to make dried beef, triggering occasional skirmishes.

The turning point came on Feb. 20, 1974, when he met a young globe-trotter, Norio Suzuki, who ventured to Lubang in pursuit of Onoda.

Suzuki returned to Japan and contacted the government, which located Onoda's superior — Maj. Yoshimi Taniguchi — and flew him to Lubang to deliver his surrender order in person.