'We don't like Hillary as a package': Why Clinton just doesn't feel the love from some U.S. voters | CBC News Loaded
World·Analysis

'We don't like Hillary as a package': Why Clinton just doesn't feel the love from some U.S. voters

Hillary Clinton could be in a position to attract widespread support as she faces off against Donald Trump, a political neophyte accused of racism and misogyny. Yet the presumptive U.S. Democratic presidential nominee has high polling negatives, raising questions of why she invokes so much antipathy from Republicans and some Democrats.

When Hillary Clinton reached an historic milestone earlier this month, becoming the first woman poised to be a major party's nominee for president of the United States, self-avowed feminist Kathleen Graves was unmoved.

"I watched her speech and felt nothing," said Graves, a 34-year-old liberal and founder of the Brooklyn-based group Babes for Bernie (Sanders), Clinton's rival for the Democratic Party nomination. "It was sort of like an eye roll, a shrug."

Clinton obviously has many Democratic supporters who see her as a highly intelligent trailblazer with the experience needed to hold the Oval Office.

But Graves's apathy toward that historic moment in California where Clinton secured enough delegates for the Democratic nomination was shared by many Sanders supporters and illustrates a noticeable lack of enthusiasm for Clinton from more liberal-leaning Democrats.

Some of that stems from differences with her on policy, with some of those Democrats feeling that she's too far to the right and a war hawk who may condemn the practices of Wall Street yet gladly accepts campaign contributions from it.

But, like many Republicans, those Democrats also have concerns about her character and seem to hold some common beliefs with their political rivals who question how trustworthy she is and see her as a political opportunist.

'She is not trustworthy'

"It's the whole package deal. Just like we love Bernie as a package, we don't like Hillary as a package, this is not a one-off thing," Graves said. "She is not trustworthy."

One might think that Clinton would be attracting widespread support. She is facing off against Donald Trump, the presumptive Republican Party nominee and a political neophyte who has been accused of racism and misogyny and whose controversial stances and remarks have alienated him from many conservatives who have vowed never to vote for him.

Instead, Clinton is also marking history in a different way, garnering some of the worst negative poll numbers of any presidential candidate in recent times, numbers that would be record-breaking if not for her presumed rival for the White House, whose negatives are even worse.

Last month, the statistical analytics website FiveThirtyEight.com declared that "no past candidate comes close to Clinton, and especially Trump, in terms of engendering strong dislike a little more than six months before the election."

Her lack of widespread support is a reminder that Clinton has been one of the most polarizing figures in American politics. Republicans certainly have no love for U.S. President Barack Obama, but some seem to hold a special ire for Clinton, one based more on character than policy.

Indeed, as Tom Nichols, a former aide to a Republican senator and contributor to the conservative online magazine The Federalist, said, given the choice between the two, most conservatives would prefer Clinton over the current president, viewing her as more of a centrist. 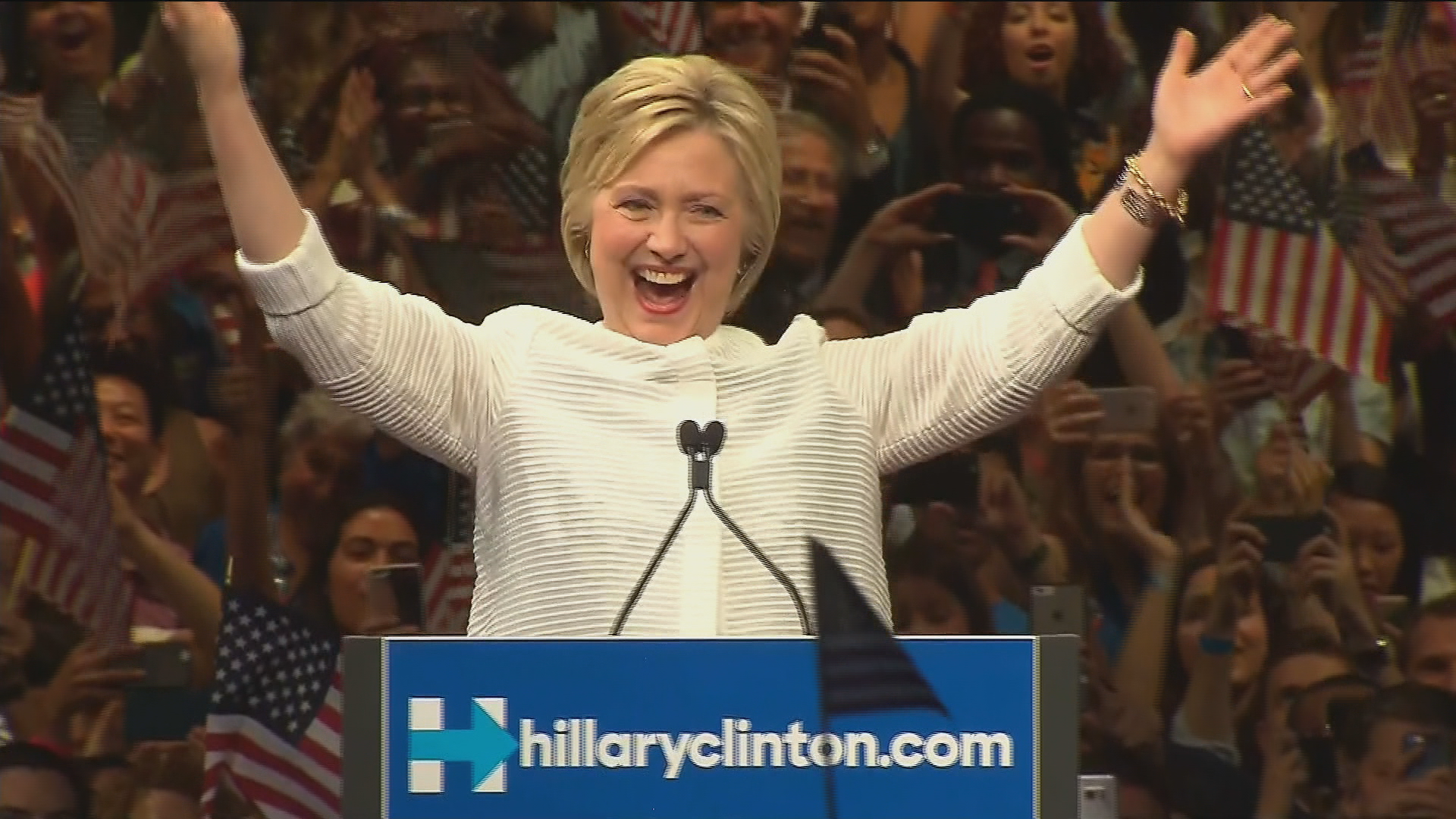 6 years ago
Duration 2:39
It's clear tonight that this fall's US election will - for the first time in American history - feature a woman running for the top job, for one of the main parties.

From the start, when she joined her husband, Bill, in the White House, Clinton ruffled the feathers of some Republicans who weren't pleased that she was going to play an active role in policy-making. Eschewing the traditional role of championing causes for the presidential spouse, Clinton took on reforming health care, an endeavour that ended in failure.

Even before that. on the campaign trail, she alienated some women and stay-at-home moms when, in defending her career, she said: "I suppose I could have stayed home, baked cookies and had teas."

From there, it was one controversy after another. Republicans fixated on a number of scandals including controversial dealings in real estate (Whitewater), accusations she ordered the firing of the White House travel staff to put in people with ties to her and her husband (Travelgate) and allegations she read FBI files — requested by the director of White House security — on political opponents (Filegate).

And now the latest controversy over her State Department emails has prompted concerns among some Democrats over whether she could face indictment.

The fact that Clinton has always denied any wrongdoing and has never been charged for any of these scandals has hardly mollified her Republican opponents.

'Symbol of getting away with it'

"What bothers Republicans about Hillary Clinton? She is the symbol of getting away with it," said Nichols.

Conservative author and columnist Mona Charen easily rattled off the list of Clinton scandals during her time with her husband in the White House. But she also zeroed in on Clinton's most recent actions as secretary of state, including questions surrounding foreign donations to the Clinton Foundation and arms contracts awarded to those donors.

While Charen has also a profound distaste for Trump and vowed not to vote for the real estate mogul, she does share some agreement with his provocative remarks made last week, that Clinton might be the "most corrupt person ever to seek the presidency."

"I think she's a profoundly corrupt public official who would probably be one of the most corrupt individuals ever to win the presidency, which I expect she will," she said.

Clinton's devotion to political principles has also come under scrutiny, with critics claiming her positions change according to the political winds of the day. Although viewed as a political centrist, some observers say she has moved to the left in an attempt to win over Sanders supporters.

"She's such a chameleon, she's so willing to change her position, who knows what she believes anymore," said Charen.

Geoffrey Skelley, a political analyst at the University of Virginia Center for Politics, offered a softer appraisal, preferring to use the word "flexible" when describing Clinton's alleged changing views.

"I think some people would say she has the tendency to be a little bit of a political weather vane. And that leads to people questioning how genuine she is when she says for something or against something," Skelley said.

"Whether it's true or not the move to the left is because of Sanders, would it shock anyone if Clinton would sign off on the TPP [trade deal] if she had to, when she has said she opposed it?"

And while liberal Sanders supporter Graves and die-hard conservative Nichols likely share little political ideology, they both tend to believe that Clinton is smug and feels entitled to the presidency, having toiled in national politics for three decades — if the eight years when her husband was in the Oval Office are included.

"And those are kind of cardinal sins in American politics," Nichols said.