An app called Zello and a constantly updating map are helping one group of volunteers navigate the chaos of rescue efforts in Houston.

Voodoo Daddy has got to be exhausted. Not sure who he is, or where he is, but you can hear how busy he is.

It's a few minutes before Houston's midnight curfew sets in and someone with that handle is still talking rescues, reading off the names of streets and neighbourhoods in need of help.

The conversations come in loud and clear thanks to an app called Zello, which turns a cellphone into a walkie talkie.

It crackles all day and apparently will all night, with people directing rescuers to those in need, asking for and getting directions to safe places to launch their boats.

It's all "10-4, roger that, what's your 20?" and unflappable professionalism as they respond to messages from frightened Houston residents reading off their addresses, begging for help.

"Do we have a house number or apartment number on that?" asks the dispatcher.

Voodoo Daddy seems to have the intel, When he stumbles on a number, an apology.

"Sorry, my eyes are blurry." No apologies needed.

What's been created here is a crowdsourced command centre.

All the voices are volunteers, using channels including Texas Navy or Cajun Navy. Those names mean a lot in Houston now.

The Cajun Navy in particular, has been here in the hundreds, with flotillas plucking people from rooftops and swollen subdivisions. 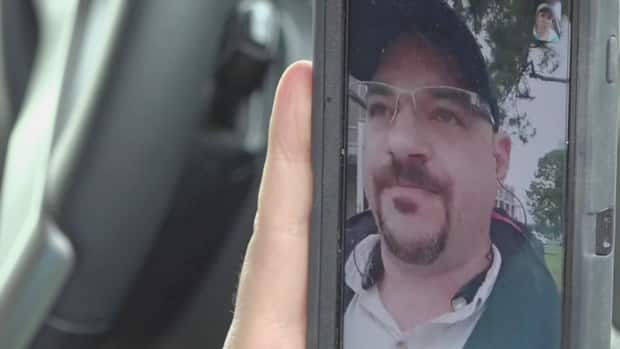 Shawn Bourdreaux on how the Cajun Navy helps in Houston

3 years agoVideo
0:46
Shawn Bourdreaux on how the Cajun Navy helps in Houston 0:46

Some of their members found a woman face down in the floodwaters. She wasn't breathing. They pulled her out, resuscitated her and took her to safety.

Formed after Hurricane Katrina, and helping out with floods since, the Cajun Navy is "more of a philosophy than a single entity," member Shawn Bourdreaux says.

And that philosophy is about buying into the idea of being prepared to work hard to help people out.

His group has been leaning on Zello, along with a few other apps, for months now. He's convinced they've built a system that's sometimes faster than any government effort.

"We get information much faster in some cases than the government channel can release it, in terms of rescue needs as well as information about where people will go, which shelter." Boudreaux said by Skype from a rallying point in Lake Charles, La., just across the Texas border.

He swings the phone around to show dozens of boats on trailers ready to be dispatched.

Beyond the Cajun Navy's enthusiasm, Boudreaux seems proud of its level of organization.

For this storm, the group built a constantly updating map marked with who's calling for rescue and who's already pulled out. It's an attempt to manage the chaos of an erratic storm coupled with a mish mash of official and volunteer rescue operations.

It's not entirely seamless.

The other night, the conversation on Zello apparently turned to reports Cajun Navy members had been shot at while trying to stage a rescue. The details seem to get foggier by the day, but the reality is clear. Many of the rescuers are armed.

"A lot of them are carrying for personal protection" Boudreaux explains.

"It's recommended, because when you come into desperate situations, people take desperate measures against you."

He insists no one in the group has yet to "square up and brandish a weapon" while rescuing, although there was a "problem" but it didn't escalate.

Whatever the facts of the incident, the potential for more problems is huge as tensions soar every day that goes by.

The threat is partly why a midnight to 5 a.m. curfew was imposed by police Tuesday night. Houston police seem worried about looters and those masquerading as police going door to door to tell residents to evacuate.

However, a curfew doesn't mean the need for help just stops at midnight.

And deep into the night the phone sometimes bursts to life with the sound of weary, creaking voices directing more volunteers. Voodoo Daddy doesn't seem to be asleep yet. Wherever he is, this man needs a break. 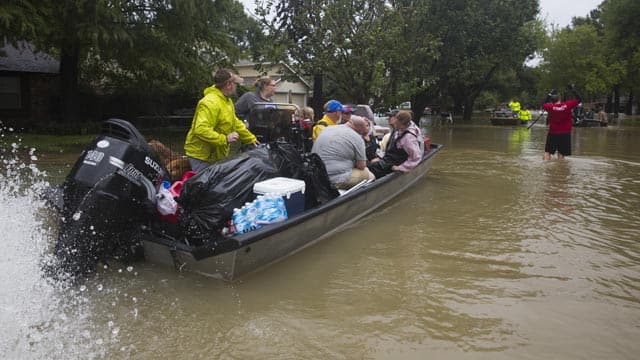