Greta Thunberg, the teen activist from Sweden who has urged immediate action to address climate change, on Wednesday was named Time magazine's Person of the Year for 2019.

Greta Thunberg, the teen activist from Sweden who has urged immediate action to address climate change, said she was surprised and honoured Wednesday to be named Time magazine's Person of the Year for 2019.

Thunberg, 16, was lauded by Time for starting an environmental campaign in August 2018 that became a global movement, initially skipping school and camping out in front of the Swedish parliament to demand action.

"In the 16 months since, she has addressed heads of state at the UN, met with the Pope, sparred with the president of the United States and inspired four million people to join the global climate strike on Sept. 20, 2019, in what was the largest climate demonstration in human history," the magazine said.

"Margaret Atwood compared her to Joan of Arc. After noticing a hundredfold increase in its usage, lexicographers at Collins Dictionary named Thunberg's pioneering idea, climate strike, the word of the year," Time said.

Thunberg, who turns 17 in January, is in Madrid at a United Nations climate summit, where world leaders are wrangling over how to implement a 2015 Paris agreement designed to avert potentially catastrophic global warming.

As she left the conference, Thunberg told The Associated Press that she was "a bit surprised" at the recognition.

"I could never have imagined anything like that happening," she said in a phone interview.

"I'm of course, very grateful for that, very honoured," Thunberg said, but added: "It should be everyone in the Fridays for Future movement because what we have done, we have done together."

Thunberg said she hoped the message being pushed by her and other activists — that governments need to drastically increase their efforts to combat climate change — is finally getting through. The "Greta effect" has already been linked to a rise in support for environmental parties in Europe.

But she insisted that the media should also pay attention to other activists, particularly Indigenous people, whom she said "are hit hardest by the climate and environmental crisis."

Former U.S. vice-president Al Gore, a longtime environmentalist, said the magazine made a "brilliant choice" in choosing the reluctant celebrity.

"Greta embodies the moral authority of the youth activist movement demanding that we act immediately to solve the climate crisis. She is an inspiration to me and to people across the world." 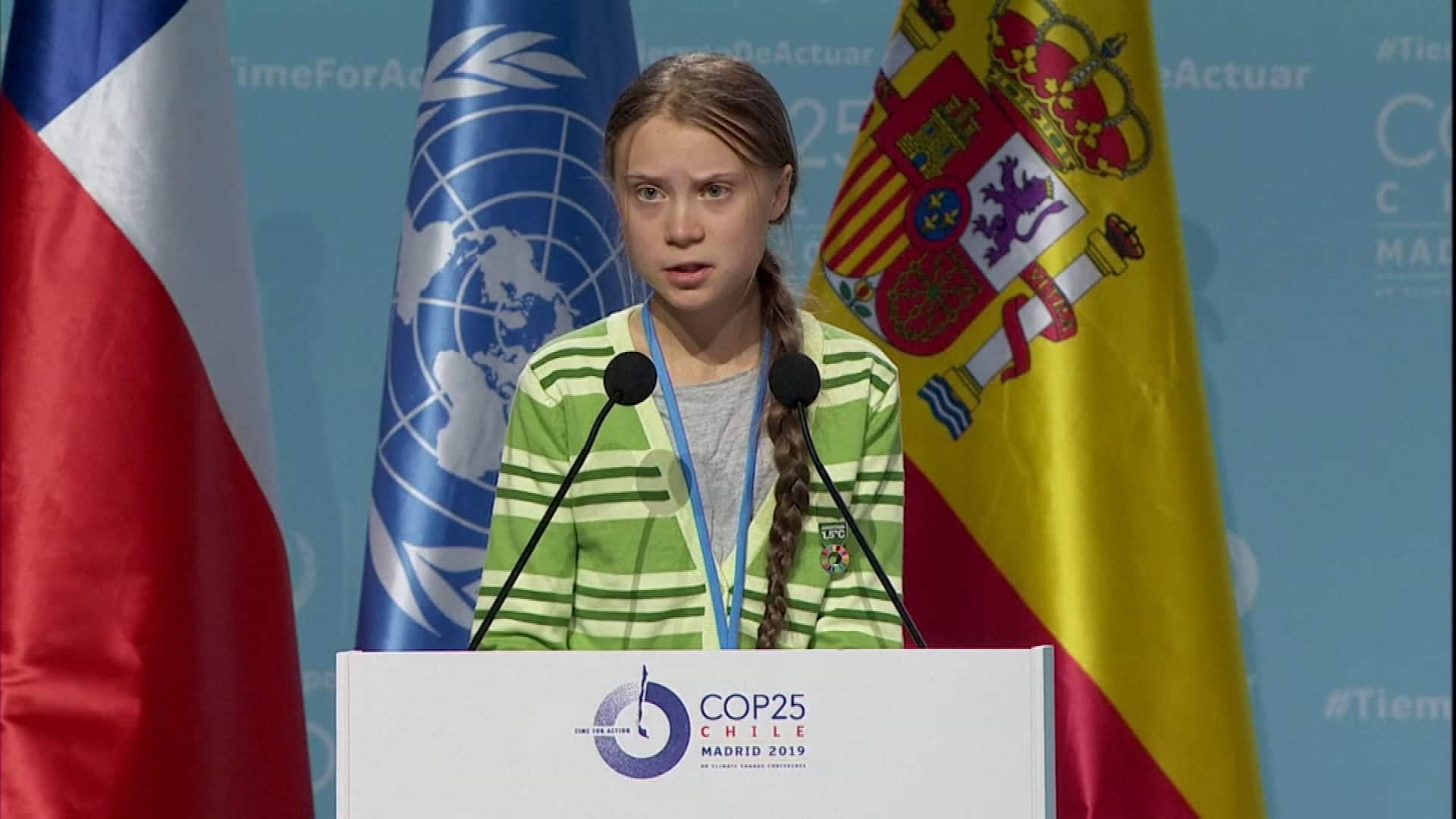 Time's Person of the Year Greta Thunberg adjusts her strategy

1 year agoVideo
3:01
Speaking at a climate conference in Madrid after being named Time magazine's Person of the Year, Greta Thunberg takes a different tack in calling out politicians and CEOs for their lack of climate action. 3:01

In a speech before the Time honour was announced, she was typically blunt in her assessment of politicians' efforts.

"It seems to have turned into some kind of opportunity for countries to negotiate loopholes and to avoid raising their ambition," she said on stage, drawing applause from an audience that included dozens of supporters.

"I'm sure that if people heard what was going on and what was said … during these meetings, they would be outraged."

In her speech, Thunberg cited scientific reports showing that national pledges to reduce planet-warming greenhouse gas emissions aren't enough to meet the ambitious goal set in the 2015 Paris climate accord of keeping temperatures from rising by more than 1.5 C by the end of the century.

"This is not leading, this is misleading," she told officials, adding that "every fraction of a degree matters." Thunberg said the youth climate movement, which has staged repeated worldwide protests attended by hundreds of thousands of people, has managed to spread awareness about the need to urgently reduce emissions and help those already affected by global warming.

"To get in a sense of urgency in the conversation that is very needed right now to be able to move forward," she said. "That, I think, is our biggest success."

Praise and pans from the powerful

Thunberg's uncompromising stance has brought her into confrontation with some of the world's most powerful people.

One of them is U.S. President Donald Trump, another finalist for Time's Person of the Year.

A video of Thunberg giving him what media described as a "death stare" at a UN climate summit in New York in September went viral on social media.

During a speech at around the same time, Thunberg bristled with anger.

"This is all wrong. I shouldn't be up here. I should be back in school on the other side of the ocean, yet you all come to us young people for hope. How dare you?" she told delegates.

"You have stolen my dreams and my childhood with your empty words."

After the speech, Trump derisively tweeted she "seems like a very happy young girl looking forward to a bright and wonderful future."

WATCH:  Thunberg, in her own words, at the Montreal climate march 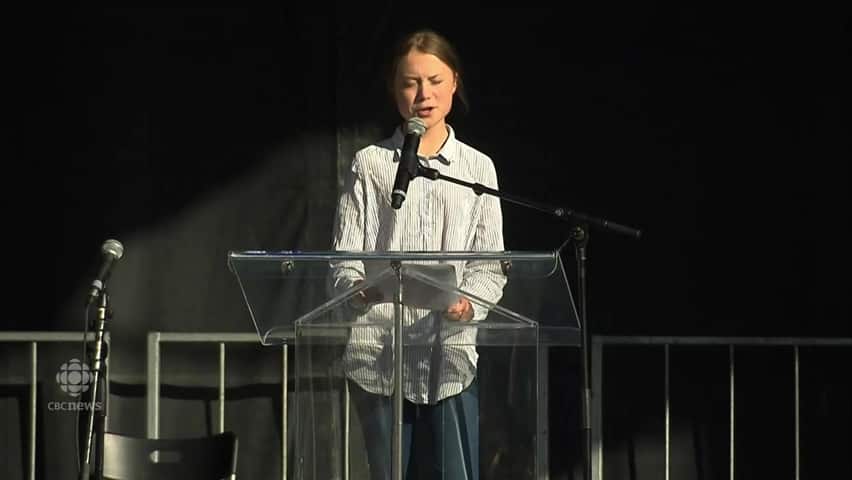 Greta Thunberg, in her own words, at the Montreal climate march

1 year agoVideo
14:50
The Swedish teen addressed an estimated half a million demonstrators in Montreal on Friday. 14:50

Brazilian President Jair Bolsonaro this week called Thunberg a "brat" after she criticized mounting violence against Indigenous people in which two Amazon tribesmen were shot dead. Bolsonaro used "pirralha," the Portuguese word for "brat," prompting Thunberg to change her Twitter bio to "Pirralha."

Asked by AP about her immediate plans, Thunberg said: "I would like to be left alone."

But before heading home to Sweden, to spend Christmas with her family and dogs, she will attend a climate protest Friday in Turin, Italy.

Other finalists for Time's Person of the Year were:

"You inspire me and many people across the world … Let's fight together to save our home, our planet," Wong tweeted about Thunberg.