Gorillas in the Mist's Dian Fossey gets Google doodle

Today's Google doodle honours American zoologist and primate expert Dian Fossey, most known for her book Gorillas in the Mist and for her brutal murder in the jungles of Rwanda in 1985. 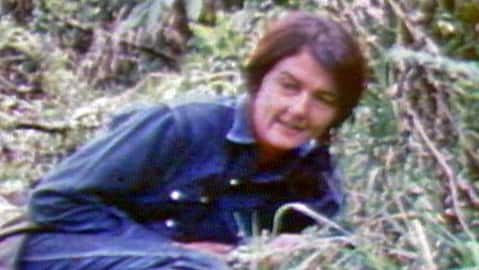 35 years agoVideo
8:54
Zoologist Dr. Jane Goodall remembers her friend and colleague in the wake of her shocking death, apparently at the hands of poachers. 8:54

Today's Google doodle honours American zoologist and primate expert Dian Fossey, most known for her book Gorillas in the Mist and for her brutal murder in the jungles of Rwanda in 1985.

Although her research assistant Richard McGuire was eventually convicted of her murder by a Rwandan court (he denies any involvement), many believe Fossey was killed by local poachers, whom she opposed as she did conservation work in the region during the last few years of her life.

Fellow zoologist and friend Jane Goodall, renowned for her own work with chimpanzees, was interviewed by CBC's The Journal in 1986 after Fossey's death.

"While I was deeply shocked and very saddened, I can't say I was completely surprised, because Dian Fossey had been, for many years, engaged in a sort of vendetta with these poachers. In fact, I think she was very brave in the way she tackled them and tried to tackle them single-handedly," Goodall told Journal host Bill Cameron.

"I think one thing that Dian's very tragic and unpleasant death may have done is to focus a lot of attention on the plight of the gorillas," Goodall added. "In a way she's become a martyr, hasn't she?"

To see more of The Journal's 1986 interview with Goodall, watch the video above.