Cincinnati police investigate parents of boy who got into gorilla pen

Police say they are investigating the parents of the three-year-old boy who fell into a gorilla enclosure at the Cincinnati Zoo and had to be rescued by a team that shot and killed the animal.

Police said Tuesday they are investigating the parents of the three-year-old boy who fell into a gorilla enclosure at the Cincinnati Zoo and had to be rescued by a team that shot and killed the animal.

Authorities said the investigation will look at the parents' actions leading up to the incident — not the operation of the zoo, which is overseen by the U.S. Department of Agriculture (USDA). Police will then confer with prosecutors over whether charges should be filed, Hamilton County prosecutor Joe Deters said.

The incident has triggered a furor online, with some saying the boy's mother should be charged with child endangerment, while others want the zoo held responsible for the gorilla's death.

Separately, the USDA said it will investigate Saturday's incident for any violations of the Animal Welfare Act.

Zoo authorities said the unidentified boy climbed over a nearly one-metre-high railing, walked through bushes and plunged about 4½ metres into a shallow moat. The zoo's dangerous-animal response team killed the gorilla as it dragged the boy through the water, authorities said. The boy had only minor scrapes on his head and knee, according to police.

The boy's family said he is "doing just fine" at home, and had no further comment. 4 years ago
2:41
Officials killed gorilla after a 4-year-old fell into exhibit moat 2:41

A federal inspection by the USDA less than two months ago found no problems with the Gorilla World exhibit, but earlier zoo inspections detailed an incident in March in which polar bears escaped through an open den door into a behind-the-scenes hallway. No one was hurt, but an inspector warned that the public could have been "at great risk for injury, harm or death."

Zoo director Thane Maynard said that using tranquillizers on the gorilla would not have knocked the animal out right away, leaving the boy in danger. Maynard said the 17-year-old gorilla, Harambe, was agitated by the commotion from the crowd and was extremely powerful, capable of crushing a coconut in one hand.

He said the zoo remains safe for its 1.6 million annual visitors, but a review is underway to determine whether any improvements can be made. 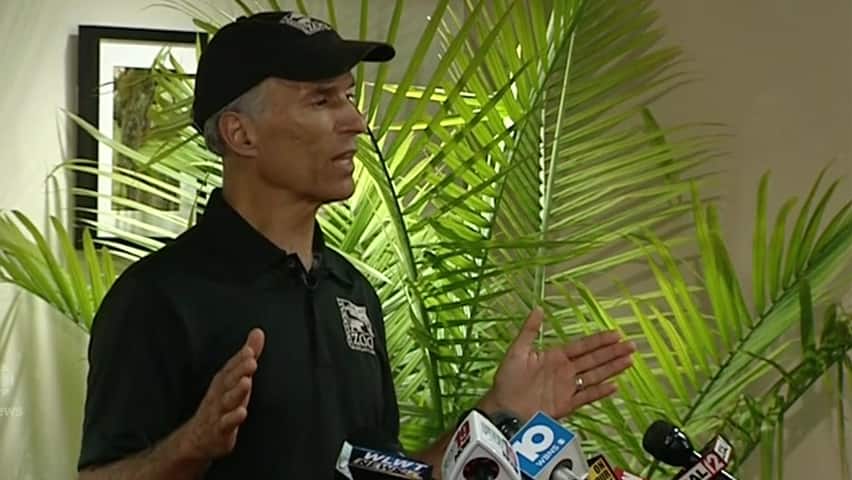 4 years ago
1:15
Cincinnati Zoo director Thayne Maynard outlines events leading to the shooting of the gorilla 1:15

Republican presidential candidate Donald Trump weighed in Tuesday, saying the zoo had little choice but to kill the gorilla. Trump said it was "a very tough call," but the child's life was at stake.

The executive director of a Cincinnati-based animal rights organization is calling on the USDA to fine the zoo.

Jack Hanna, host of Jack Hanna's Into the Wild, said the zoo made the right call by shooting the gorilla, telling WBNS-TV: "I'll bet my life on this, that child would not be here today."

In an interview with Boston TV station WFXT, conservationist and television host Jeff Corwin suggested that the boy's family should shoulder some of the blame, saying: "Zoos aren't your babysitter."

'He was a character'

The Gladys Porter Zoo in Brownsville, Texas, where Harambe spent most of his life, said its staff was deeply saddened by the gorilla's death. Harambe was sent to Cincinnati less than two years ago in hopes he would eventually breed with gorillas there.

Jerry Stones, facilities director at Gladys Porter Zoo raised Harambe since birth and has worked with the gorilla's family since they first entered the U.S., the Brownsville Herald reported. He spoke Monday about his relationship with Harambe.

"He was a character," Stones said, according to the newspaper. "He grew up to be a beautiful, beautiful animal, never aggressive and never mean. He would tease the heck out of people and would do things to irritate you just like some kids."

Stones said he would take Harambe home with him when the gorilla was a baby and let him sleep on his bed, according to KRGV-TV.

There are critics of the zoo's decision to kill Harambe. The People for the Ethical Treatment of Animals said the zoo should have had better barriers between humans and the gorillas.

Maynard said the atmosphere following the incident is "very emotional."

"Not everyone shares the same opinion and that's OK," he said. "But we all share the love for animals."

Maynard said the zoo has received messages of support and condolences from around the world, including from other zoo directors and gorilla experts. He said zoo visitors have been leaving flowers at the exhibit and asking how they could support gorilla conservation.