An ex-police officer accused of being the Golden State Killer, a serial predator who terrorized much of California with a string of slayings, rapes and break-ins over 10 years, pleaded guilty on Monday to multiple murder and kidnapping charges.

An ex-police officer accused of being the Golden State Killer, a serial predator who terrorized much of California with a string of slayings, rapes and break-ins over 10 years, pleaded guilty on Monday to multiple murder and kidnapping charges.

Joseph James DeAngelo, 74, entered the plea as part of a broader agreement with prosecutors from 11 California counties to admit to all allegations against him, charged and uncharged, in a crime wave dating back to the mid-1970s, prosecutors said at a hearing.

Under the terms of the plea deal, as outlined by prosecutors and a judge at the hearing, DeAngelo will face a sentence of life in prison without the possibility of parole.

While sparing the defendant from a potential death sentence, the deal also saves a dwindling number of aging survivors, victims' families, witnesses and law enforcement officers involved in the case from prolonged legal proceedings, prosecutors said.

The plea hearing was held in a ballroom at Sacramento State University, rather than a courthouse, to allow for more distanced seating space amid the coronavirus pandemic.

DeAngelo, dressed in orange jail garb and slumped in a wheelchair with his mouth agape, answered "guilty" in a raspy voice when the judge asked his plea to the first of 13 counts of first-degree murder and kidnapping charges he faced, most of which also encompassed rape allegations. 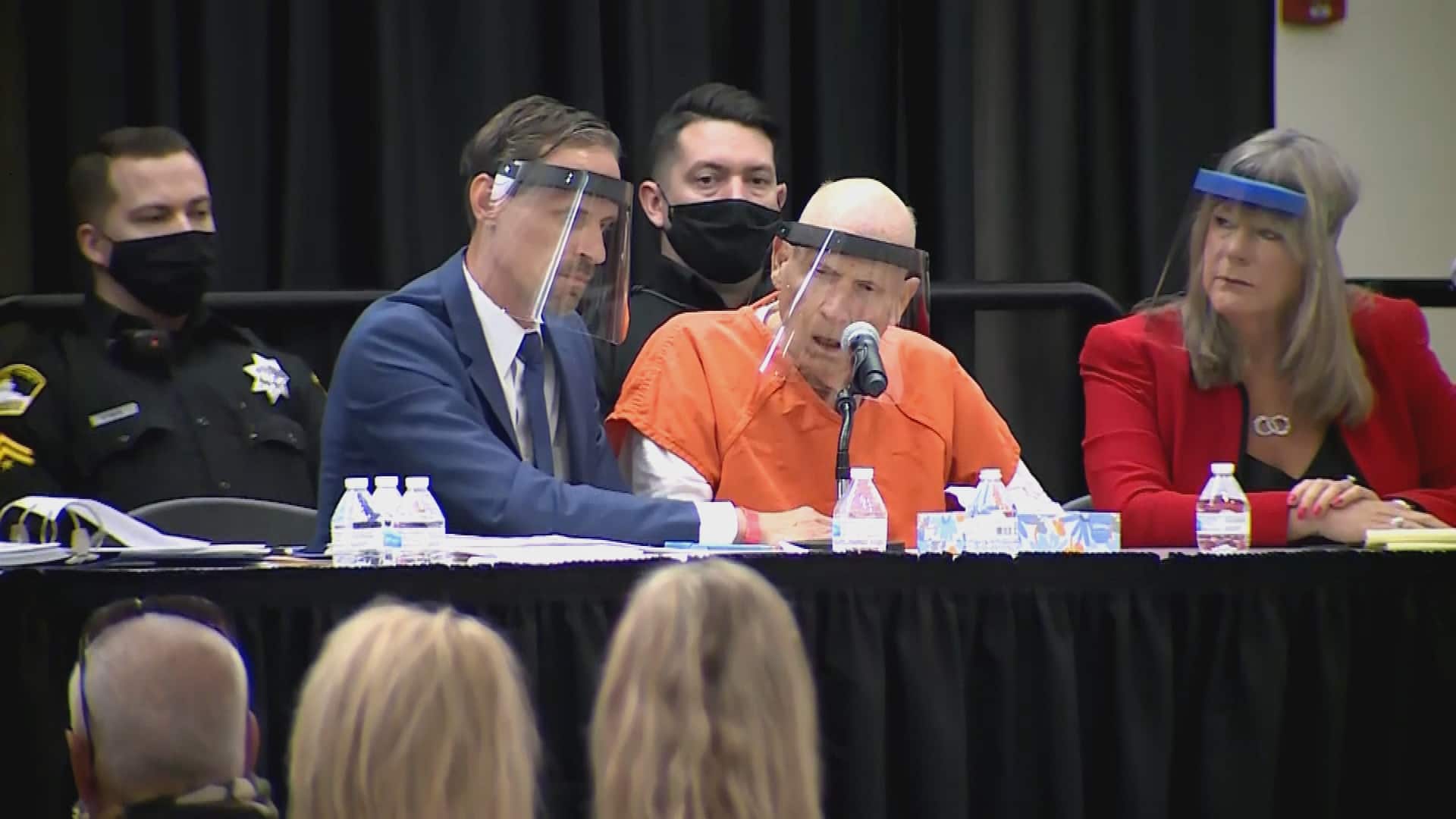 He went on to plead guilty and admit to additional charges and allegations as prosecutors from 11 California counties took turns presenting "factual basis" statements graphically detailing every rape, murder and home invasion of which DeAngelo was accused.

The hearing wore on for more than three hours before the judge recessed the proceedings for a lunch break.

DeAngelo's arrest in 2018 capped more than 40 years of investigation in a case that authorities said was finally solved by comparing crime-scene DNA evidence to information on genealogy websites that track ancestry.

In addition to 13 murders and kidnappings, prosecutors said DeAngelo was known to have committed nearly 50 rapes in all and more than 120 burglaries in and around Sacramento, the eastern San Francisco Bay area and Southern California.

The crimes spanned an 11-year period — from 1975 to 1986 — and began while DeAngelo was a police officer, authorities said. He served on two small-town departments during the 1970s.

The breakthrough came about two months after the case gained renewed national attention in the bestselling book I'll Be Gone in the Dark by Michelle McNamara, which was published posthumously two years after the author's death and has recently been made into an HBO documentary series.