American journalist Glenn Greenwald is accusing the U.S. National Security Agency of breaking into tech hardware to install surveillance bugs before the products are shipped to unsuspecting global customers, in a new book about the NSA's mass surveillance practices. 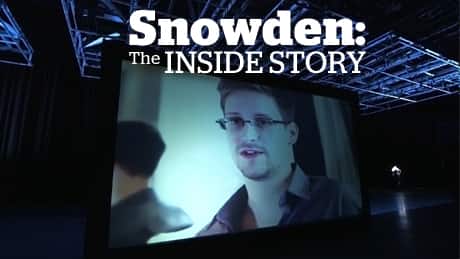 Edward Snowden: The Inside Story

6 years ago
19:10
Glenn Greenwald gives dramatic insider details about how he stumbled on what is perhaps the biggest leak of American intelligence in history, information he received from former NSA contractor Edward Snowden. 19:10

American journalist Glenn Greenwald is accusing the U.S. National Security Agency of breaking into tech hardware to install surveillance bugs before the products are shipped to unsuspecting global customers, in a new book about the NSA's mass surveillance practices.

Greenwald, who broke the story of intelligence whistleblower Edward Snowden, sat down with CBC's chief correspondent Peter Mansbridge to discuss previously unseen documents in an interview airing Tuesday night on The National.

Greenwald's new book, No Place to Hide: Edward Snowden, the NSA and the U.S. Surveillance State, comes out on Tuesday.

The NSA practice is called supply-chain interdiction, in which the agency intercepts U.S.-made products such as routers and servers manufactured by companies such as Cisco. The hardware is physically implanted with beacons before being factory repackaged and shipped to unaware consumers around the world.

The U.S. has warned companies about the dangers of buying Chinese products for this very reason, Greenwald says in No Place to Hide.

"While American companies were being warned away from supposedly untrustworthy Chinese routers, foreign organizations would have been well advised to beware of American-made ones," Greenwald says. "A June 2010 report from the head of the NSA's Access and Target Development department is shockingly explicit. The document gleefully observes that some 'SIGINT [signals intelligence] tradecraft ... is very hands-on (literally!)."

Other revelations include a collect-it-all doctrine and extending surveillance to include airplane communications.

"If the quantity of collection revealed was already stupefying, the NSA's mission to collect all the signals all the time has driven the agency to expand and conquer more and more ground," Greenwald writes. "The amount of data it captures is so vast, in fact, that the principal challenge the agency complains about is storing the heaps of information accumulated from around the globe."

On a more personal note, Greenwald admits that he almost missed the story of his career.

Busy with deadlines and demands, the Pulitzer Prize-winning journalist initially passed on the opportunity to connect with an anonymous source looking to share information: NSA contractor Edward Snowden.

“It is amazing to think back that I almost lost the biggest national security leak in probably all of American history,” Greenwald told Mansbridge.

The Guardian US writer began paying attention when a friend, documentary filmmaker Laura Poitras, contacted him to say she, too, had received emails from an anonymous source who promised to prove that the U.S. government was spying on its own citizens.

Greenwald agreed to meet Snowden in Hong Kong, but not before seeing the documents to determine whether the allegations were real.

It's a story that involved thousands of documents, produced global headlines and ultimately damaged both the U.S. government’s diplomatic relations and the American public's trust in Washington.

Greenwald said that once he received the documents from Snowden, he quickly realized how explosive they were.

“I would read a paper and I would have to get up and walk around or run around the house and breathe deeply,” he said. “It was a combination of shock and excitement.”

After that, Greenwald absorbed the bulk of the material en route to Hong Kong to meet Snowden last June.

“In retrospect, it might not have been the most prudent thing to do, to be reading archives full of thousands of top secret documents in the open on an airplane,” Greenwald said. “But you know, I wasn’t thinking that way.”

Greenwald found the information carefully documented. Snowden had catalogued everything.

“They were all very anally organized,” Greenwald said. "The documents were labelled by dates and by category and by country and by every other conceivable means of reference. Not a single document was misfiled."

Snowden 'gratified' but in exile

Greenwald said his mental picture of Snowden did not match reality. “I had a very distinct image that he was in his 60s or 70s,” he said. "That he was ... kind of senior and world-weary."

Instead, Snowden was just 29 at the time. Though his documents were neat and systematic, his hotel room was not.

“He was a complete mess,” Greenwald said. “There were room service trays piled up. There were clothes strewn about everywhere.”

But he found Snowden "extremely thoughtful," with a "very systematic, rational way of evaluating" questions thrown at him.

"There was not a moment of inconsistency or hesitation where I sensed that he was doing anything other than telling the complete truth."

As for how Snowden is doing now, Greenwald told CBC that the former NSA contractor is "gratified."

However, Snowden has paid a price. He can't return home. He remains in exile in Russia, arguably the U.S.'s most wanted man.

With files from the CBC's Peter Mansbridge