'I was fed up': Meet the Haitian-Canadian activist who helped spark anti-corruption demonstrations in Haiti

"They [politicians] took this money and just spent it on houses, on boats ... This is nonsense," said Gilbert Mirambeau Jr., a 35-year-old Haitian-Canadian, who posted a photo of himself on Twitter last summer which helped to kick-start today’s movement.

Gilbert Mirambeau Jr., the man credited with helping to spark anti-corruption demonstrations raging across Haiti for nearly two weeks, settled into a big rattan chair in an empty Port-au-Prince restaurant and asked CBC not to disclose the location for fear the place could be torched by people who don't like him and what he's up to.

"My mother doesn't understand why I fight this fight," said Mirambeau, a 35-year-old Haitian-Canadian, who posted a photo of himself on Twitter last summer that helped to kick-start today's protest movement.

Since Feb. 7, protests have erupted across Haiti over billions of dollars in allegedly misappropriated government dollars and a miserable devaluation of the Haitian currency, the gourde.

It all began with his photo, in a Montreal living room, holding up a sign in Haitian creole that said: "Kot Kob Petwo Karibe a???" meaning: "Where is the PetroCaribe Money ?"

"I was fed up,"  Mirambeau said of why he posted the tweet asking about money that Haitians were supposed to benefit from under the PetroCaribe agreement.

Under the agreement, starting in 2005, Caracas offered preferential terms for oil purchases to help Caribbean nations free up dollars to put toward development. In Haiti, about $4 billion US from the program went missing, activists said.

"They [politicians] took this money and just spent it on houses, on boats. They went to the casinos. This is nonsense," he said. "You are taking my money and you spent it and you are asking me to pay it back for you? No, this is nonsense," said the filmmaker who studied marketing at the University of Montreal.

More than half of Haiti's 11 million people live on less than $3 per day, according to the World Bank.

Much of the anger is directed at the political class. "They are just making money in the Parliament," said Mirambeau.

The government of President Jovenel Moise has pledged to introduce new anti-corruption measures and to reduce perks for senior Haitian officials such as trips abroad and telephone allowances in response to the protests.

Watch as Mirambeau explains why 'everybody's watching' for the Haitian government's next move: 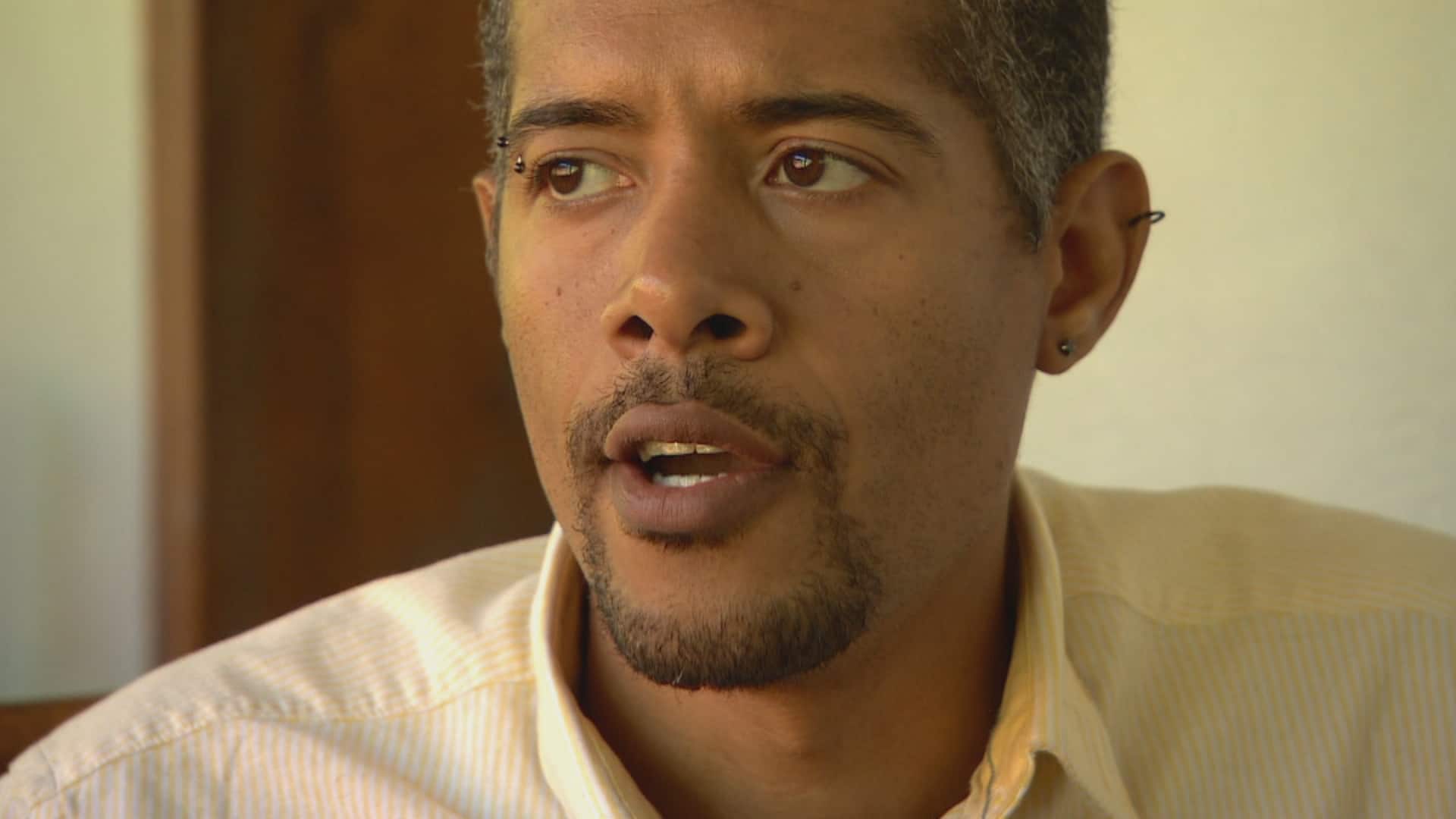 Opposition politicians quickly jumped on board to try to harness the anger and energy for their own benefit. At an opposition press conference in Port-au-Prince Tuesday, for example, lawmakers called for a trial to look into the missing PetroCaribe money.

"It's pretty astonishing how PetroCaribe went from being a side issue that people weren't paying much attention to, to being the issue that everyone was talking about," said Jake Johnston from the Center for Economic Policy Research, a U.S.-based think-tank. He has been following developments in Haiti since the 2010 earthquake and is writing a book about the country.

It's unclear where the protests will go next, he said. "Anyone who tells you they know what's going to happen in Haiti is selling you snake oil."

Watch as Mirambeau explains the frustrations that led to last week's protests: 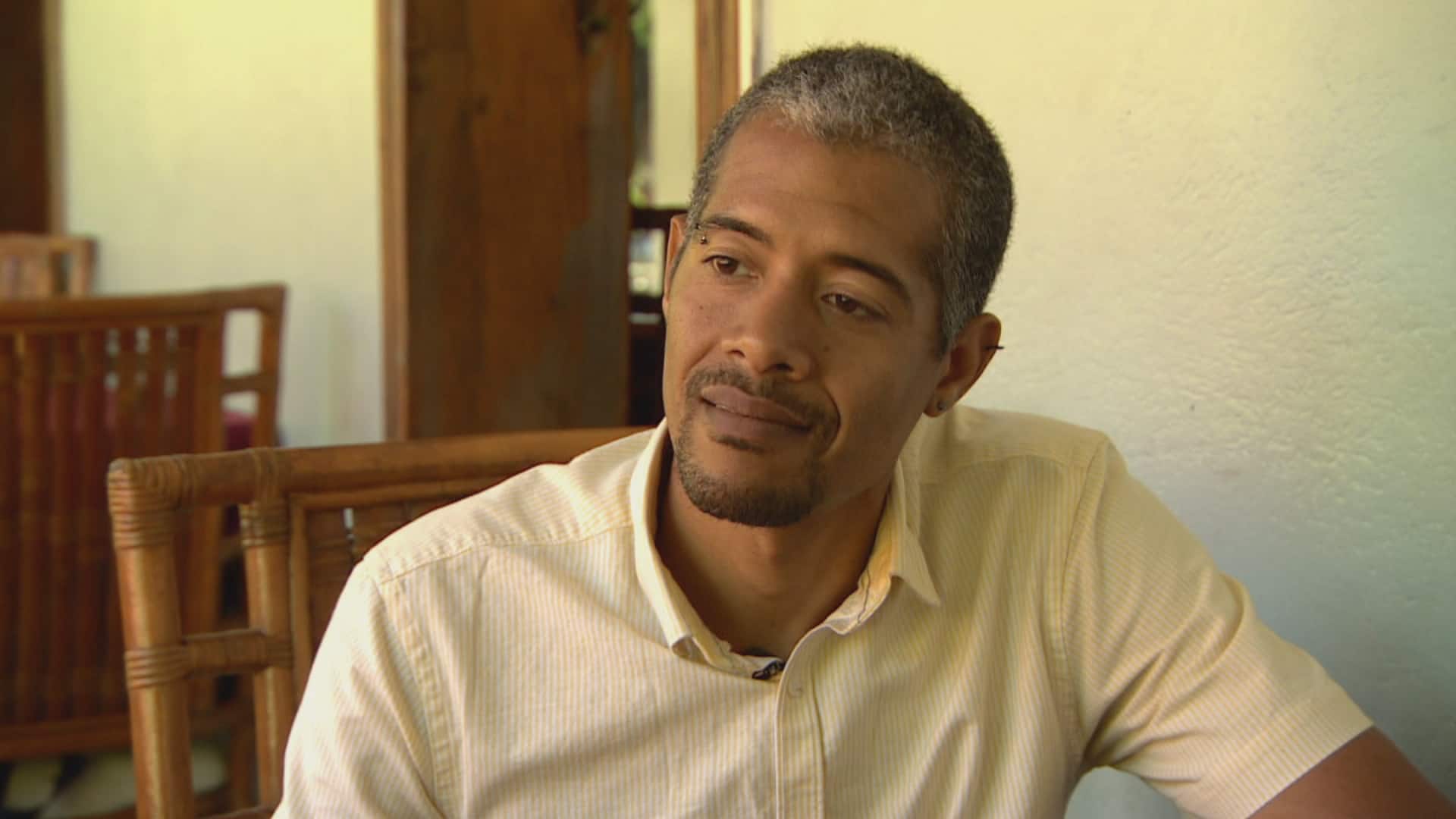 Meanwhile, protest organizers from the #PetroCaribeChallenge are trying to keep their mission on a clear track.

"We are mobilized for the PetroCaribe movement," said Pascale Solages, another activist sitting at the table with Mirambeau in the restaurant. "We aren't just a random movement without purpose. We are a movement that is precise and clear and we want a legal case on the PetroCaribe money. We want inquiries, arrests and seizures of goods."

Opponents of the protest movement have attempted to discredit Solages calling her a sexual abuser of young women. Social media posts have portrayed Mirambeau as a pedophile. Both have faced threats but say they're undeterred.

"My hope is that everyone is on board and we can change this country. We need change. We can't continue like this. We're not animals," said Mirambeau. "We're people who just want basic needs, basic human needs like water and food and somewhere to sleep and maybe go to school."

"We can do it. We are literally at this crossroad. We just need a bit of courage." 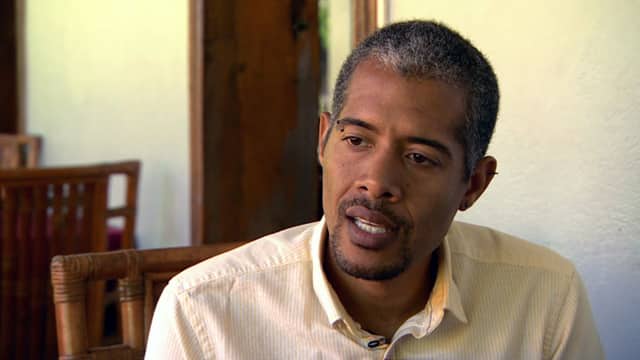 The Haitian-Canadian activist at the heart of Haiti's political upheaval

2 years ago
2:21
Haiti has seen angry protesters burning tires and demanding the president's resignation. It's a campaign against government corruption that began on social media, with a single photograph posted by a Haitian-Canadian man. His name is Gilbert Mirambeau, and he had no idea his picture would have this kind of impact on the country. 2:21