The coronavirus outbreak in Germany has become manageable again as the number of patients who have recovered has been higher than the number of new infections every day this week, the health minister said on Friday.

The coronavirus outbreak in Germany has become manageable again as the number of patients who have recovered has been higher than the number of new infections every day this week, the health minister said on Friday.

Germany has the fifth-highest COVID-19 caseload in the world — behind the United States, Spain, Italy and France — with nearly 134,000, but its 3,868 fatalities are lower than those countries thanks to early and extensive testing.

"The outbreak has — as of today — become controllable and manageable again," Health Minister Jens Spahn told a news conference, adding that the health-care system had "at no time been overwhelmed so far."

Lothar Wieler, president of the Robert Koch Institute, the federal agency responsible for disease control, said the virus reproduction or transmission rate in Germany had dropped below one — meaning one person with the virus infects fewer than one other on average.

"We see now that for the first time we are below one. We will see whether that remains stable … There can be new infections any time," Wieler said, stressing that too much emphasis should not be put on the transmission rate numbers.

"We have withstood a first wave very well, achieved through a joint effort by society, but that can change any time," he told the news conference.

Underlining the authorities' caution about the virus outbreak, Finance Minister Olaf Scholz said, "We must develop a new normality that will accompany us for many months, and probably into next year."

Chancellor Angela Merkel said on Wednesday Germany would take small steps out of lockdown with the partial reopening of shops next week and schools from May 4.

The eastern state of Saxony said it was combining the relaxation of the lockdown rules with an obligation for people to wear masks on public transport and in shops — the first German state to introduce such a requirement.

Highlighting the impact of the pandemic on the German economy, which is Europe's largest, Economy Minister Peter Altmaier said it was "a situation that is more serious than anything we have experienced in the post-war period."

The president of the Paul Ehrlich Institute, a research and medical regulatory body, told the news conference with Spahn that clinical testing of a vaccine would start soon in Germany. Four trials were already underway elsewhere, he added.

Some concerns about surveillance

A coronavirus contact tracing app would be ready for Germans to download and use on their smartphones in three to four weeks, Spahn said.

German federal and state government leaders said on Wednesday they would support voluntary use of such an app, when available, so people can quickly learn when they have been exposed to an infected person.

Developers are working hard on the app, which will use Bluetooth technology, to make sure data protection standards are "as perfect as possible," Spahn said.

"For it to be really good, it needs more like three to four weeks rather than two weeks," he added. 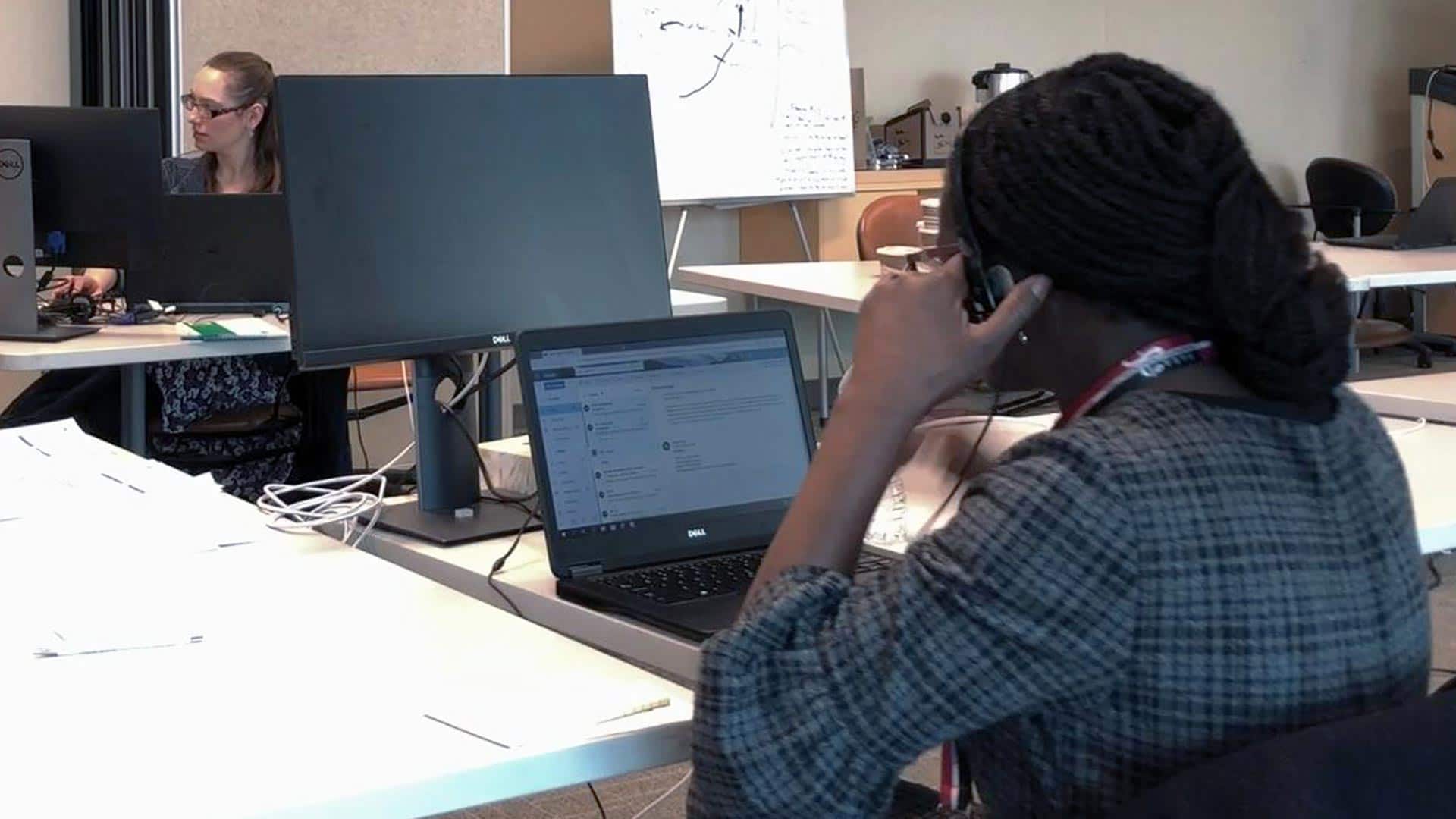 7 months ago
2:33
Canada is calling for more people to help investigate coronavirus cases. 2:33

Sources familiar with the matter say that the Robert Koch Institute's contact tracing app is already ready and being tested, but its launch would be co-ordinated with Germany's moves to ease restrictions on movement.

The app would run on top of a technology platform, called Pan-European Privacy-Preserving Proximity Tracing (PEPP), that is supporting similar app initiatives in other European countries, including Italy.

The German authorities have been more cautious than some Asian countries in using digital technology to fight the coronavirus, restrained by Europe's strict data privacy laws and mindful of public skepticism toward any surveillance reminiscent of Nazi- or communist-era rule.