Some African Americans in Georgia are hesitant to return to work despite a reopening of some non-essential businesses last week as they wrestle with the disproportionate toll COVID-19 has had on the black population in that state and others.

"Why is it the barber shops? The bowling alleys? It's a bit strange."

Kebbi Williams has some pointed questions for Georgia Gov. Brian Kemp over the reopening of non-essential businesses in the state last week.

Georgia was one of the last states to impose a stay-at-home order and shut down non-essential businesses in early April to contain the spread of the novel coronavirus and is among the first to start lifting these restrictions.

As of Friday night, the state had around 27,494 confirmed cases of COVID-19, the illness caused by the coronavirus, and 1,167 deaths. The seven-day rolling average of newly confirmed cases has been declining since April 20, according to the state department of health.

"I wish that the governor would just chill out, and let this thing fly, and then everybody can go back to work, not just the front line, who are mostly black in this situation," he said.

Williams is a Grammy Award winning saxophone player who runs a music mentoring program for inner city kids in Atlanta, which has been put on hold because of COVID-19.

He says he understands people need to work to make ends meet but worries those same people are being put in an unfair position to have to choose between exposure to the novel coronavirus and feeding their families.

In the United States, a higher proportion of African Americans and members of the Latinx community (a non-gendered term used to describe people of Latin American origin) work in the service industry than other population groups, according to the U.S. Bureau of Labour Statistics.

WATCH | As Georgia begins to lift restrictions, some residents worry it's too soon to return to work: 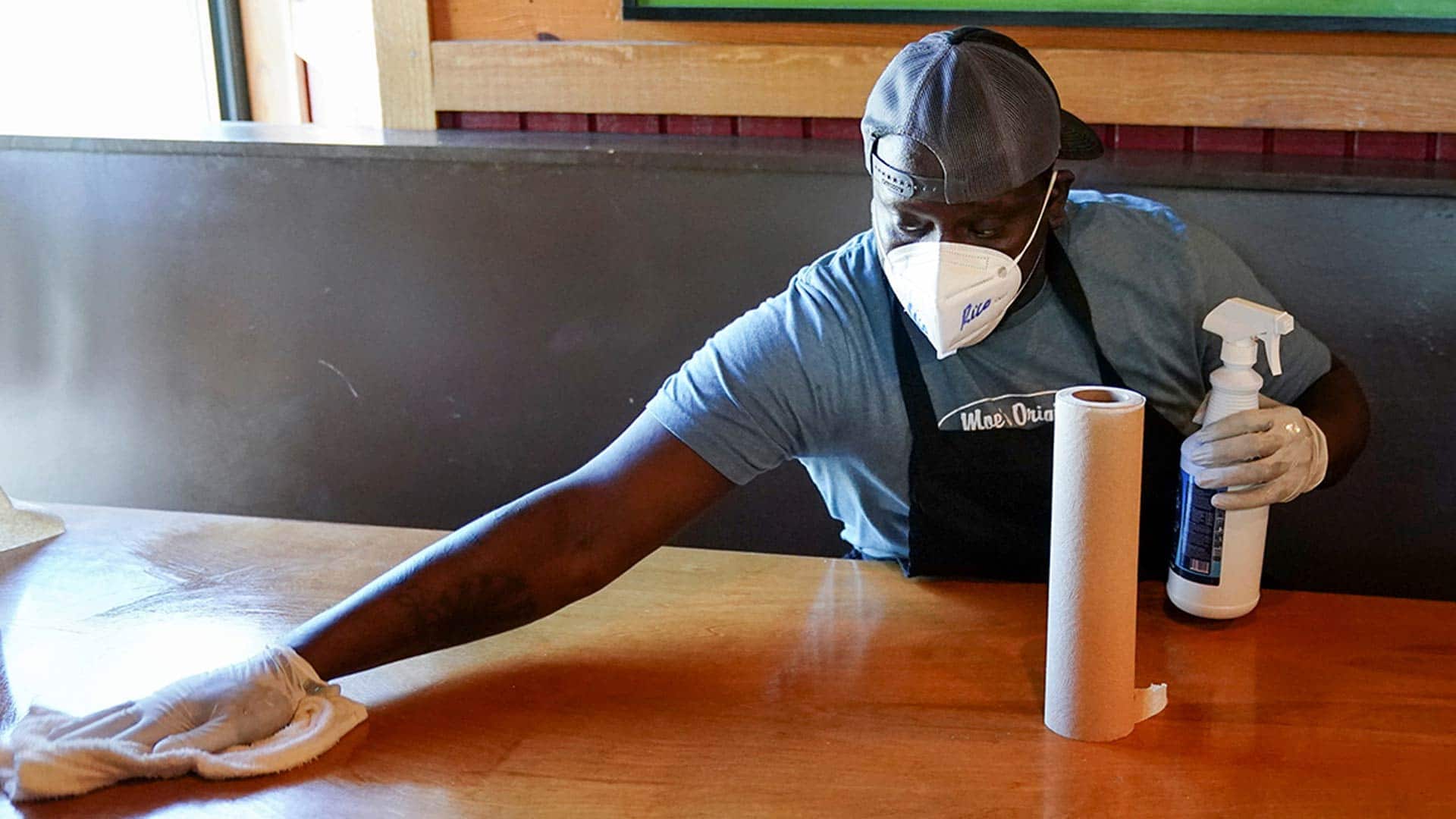 6 months ago
1:59
Georgia’s black population has been the hardest hit by the COVID-19 outbreak and is putting a spotlight on health care and economic inequality in the state. 1:59

Kemp allowed some sectors of the economy to start reopening last Friday and lifted the shelter-in-place order May 1 for all but the elderly and "medically fragile."

Many of the businesses that reopened, including nail and hair salons, restaurant dining rooms, move theatres, gyms and bowling alleys, are service based.

"We have a large amount of blacks that have the virus — why, why put us on the front line and just open up?" Williams wonders.

Georgia is the latest state for which data has come out showing African Americans are being hit disproportionately hard by the novel coronavirus.

A Centers for Disease Control and Prevention study released this past Wednesday took a look at eight hospitals in the state. Of the 300 patients who needed to be hospitalized for COVID-19, more than 80 per cent were African American.

African Americans make up approximately 30 per cent of Georgia's population.

In Dougherty County, a rural community of about 90,000 people in the southwestern part of the state, of the more than 120 COVID-19 deaths, 76 per cent are African Americans, according to the country coroner, Michael Fowler.

"I know these individuals in our community, and that's why I'm fighting for our community. I'm tired of going and zipping up a body bag with somebody that I know," said Fowler.

Fowler does not criticize Kemp or question his decision. But with his small morgue already full, he's urging people in his community to stay home.

"Money's not that important, you can replace the house you lose, the car you lose, your job, but you can't replace life. Life is too precious," he said.

Governor Kemp stood by his decision during a news conference in Atlanta on Monday, citing historic unemployment numbers in the wake of the pandemic.

"I simply gave people the opportunity to reopen who literally were on the verge of losing everything they've got," he said. "These are tough decisions. It wasn't a mandate. They don't have to do it, but they have the opportunity." 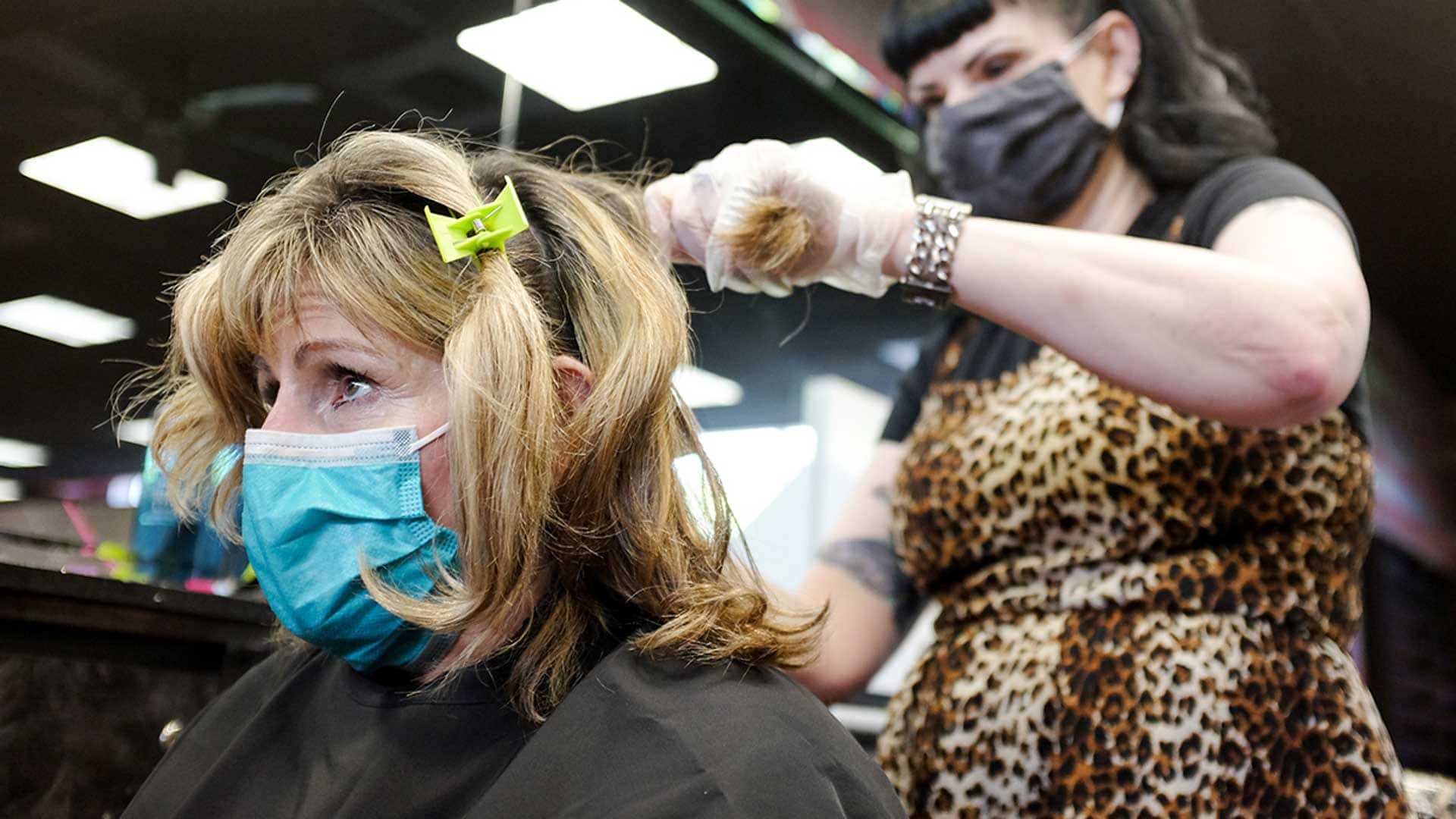 6 months ago
1:58
Georgia allowed more non-essential businesses to open this week, easing weeks of COVID-19 restrictions, but many customers still chose to stay away. 1:58

Cher Salmon, who owns a nail salon in Atlanta, says she's thankful for the opportunity but would rather not have returned to work.

"It really wasn't a tough decision, because as I said, I have no choice. I have to get to work. If there was a choice, I would be closed still," she said.

Salmon is eight months pregnant. She applied for loans and grants in the hopes of being able to stay closed but did not qualify.

The pandemic is also bringing attention to the longstanding challenges African Americans have experienced in accessing health care in the U.S., according to Mack Willis Senior, an executive at the Atlanta chapter of the NAACP.

"It's like someone walking over to the wall and flipping a light on and exposing all of these health care disparities," he said.

Willis is currently recovering from COVID-19, as are his two grown sons.

He wants this crisis to launch a conversation about how these disparities can be fixed.

"This is a picture that needs to be repainted, because there's something not right about this."

According to a December 2019 report by the Century Foundation, which describes itself as a non-partisan think tank, the "American health care system is beset with inequalities that have a disproportionate impact on people of colour and other marginalized groups."

While gains have been made since the implementation of the Affordable Care Act, also known as Obamacare, the report says, "disparities still exist across health conditions when comparing African Americans and whites, including maternal mortality, infant mortality, heart disease, diabetes, cancer, and other health issues."

Only a 'sliver of information' so far

With COVID-19, "it seems there is a racial divide," says Mohammed Ali, a family physician and associate professor with the faculty of global health at Emory University.

But he says more data needs to be collected before making definitive conclusions.

"It's not clear what the drivers are that are going on, all we have is this sliver of information that's showing major gaps," Ali said.

"Traditionally, the African American and Hispanic experience in health care both in accessing it, in having insurance and … also how the health care provider treats you, those have always been quite different."

There is another factor at play here, Ali says.

"We think there's an association with obesity and there's a high presence of obesity and diabetes in the African American population."

From his perspective, the decision to reopen non-essential businesses was premature.

"I worry about those communities having big flares, so we're probably going to see wildfires in counties and zip codes that just can't afford it."