Funerals are being held Saturday for some of the victims of mass shootings in Dayton, Ohio, El Paso, Texas, and Mexico. Meanwhile, more than 100 people marched through El Paso to demand gun reform.

Funerals are being held for some of the victims of mass shootings in Dayton, Ohio, and El Paso, Texas.

Several funerals are set Saturday for victims in the attack in Dayton that killed nine people and left more than 30 injured.

In El Paso, a requiem Mass will be offered for 15-year-old Javier Amir Rodriguez. Jordan Anchondo, who died shielding her infant son from gunfire, will also be buried.

The 22 people killed in El Paso ranged in age from 15 to 90, and included citizens of Mexico and the U.S. Many had deep ties in each country, with family on each side of the border and routines that included crossing the border to shop.

The funeral for Alexander Hoffmann Roth, 66, was held Friday afternoon in Ciudad Juarez, Mexico, located just across the border from El Paso. Born in postwar Germany, he was serving in the German air force and stationed at Fort Bliss in El Paso when he crossed the border into Ciudad Juarez and met the Mexican citizen who would become his wife at a dance club.

"It's an incredible binational place. I've had so many good memories in this area from Juarez and El Paso … the people, the food, the music, the ambiance, everything, everything is so warm," said his daughter, Elise Hoffmann-Taus. "And this, this really hurts."

Her father, she said, mindful of what had happened in his native country, would often talk about the importance of studying history and warned about the danger of letting hate enter one's heart. He had crossed the border from his home in Ciudad Juarez on Aug. 3 to pick up groceries and medicine when he was killed.

A man who died in the arms of his son in the Ohio shooting was remembered Saturday as a loving family man who painted houses and loved to fish and cook.

Fudge's son, Dion Green, said his father spoke often of his willingness to die for him. Green previously told the Springfield News-Sun he believes his father protected him from being killed. Green told mourners his father was a great person who was always there to help when needed.

Burial services for 38-year-old Saeed Saleh were also held Saturday morning in Dayton, according to the Daily News. Saleh, who was originally from Eritrea and recently immigrated to the U.S., was remembered as a "humble and quiet person" by a spokesperson for the family.

Meanwhile, more than 100 people marched through downtown El Paso on the one-week anniversary of the shooting authorities say was carried out by a gunman targeting Mexicans in the border city.

The group chanted, "gun reform now," and "aqui estamos y no nos vamos," Spanish for "here we are and we are not leaving."

Democratic presidential candidate Beto O'Rourke, a former congressman from El Paso, spoke to the crowd. He has blamed U.S. President Donald Trump's rhetoric for spreading fear and hate, leading Trump to tweet that O'Rourke should "be quiet."

An El Paso detective said in an arrest affidavit Crusius told investigators he targeted Mexicans at the store when he aimed his AK-47 rifle. The affidavit says Crusius confessed while surrendering to police.

An issue on the campaign trail

Democratic presidential candidates on Saturday placed responsibility for inaction on gun violence in the hands of Trump and the National Rifle Association, in the face of broad national support for some gun control measures. 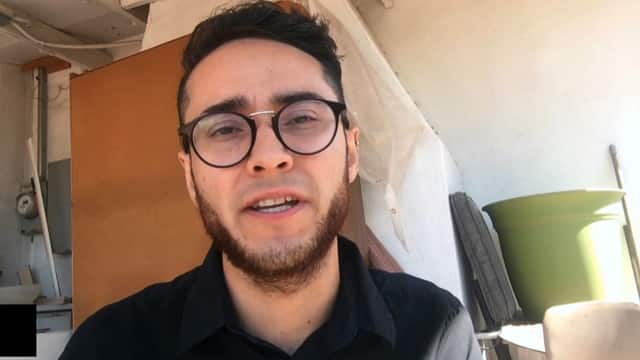 Speaking at a hastily convened forum in Iowa, they called for the imposition of universal background checks on gun buyers, so-called "red flag" laws, and ultimately a ban on military-style assault weapons.

They also said they believed the long-standing debate on gun violence in America was shifting in favor of stronger restrictions.

"The heat's been on like it's never been on before," said fellow Senator Amy Klobuchar of Minnesota.

"If most Americans insist that something be done and it doesn't happen, it means we need fundamental reform," said Pete Buttigieg, the mayor of South Bend, Indiana.

Seventeen candidates were due to speak and answer questions from members of the gun control group Moms Demand Action, some of whom teared up while describing the ways gun violence had affected their families.

"It's just President Trump lying to the American people again, being inauthentic about what the problem is … trying to distract, and trying not to take responsibility for what is happening in this nation," she said.