The French resort of Cannes has banned full-body, head-covering swimsuits from its beaches, citing security reasons — a measure some are decrying as a discriminatory anti-Muslim move that will only worsen religious tensions.

Mayor of Cannes calls the burkini a 'uniform of extremist Islamism'

The French resort of Cannes has banned full-body, head-covering swimsuits from its beaches, citing security reasons — a measure some are decrying as a discriminatory anti-Muslim move that will only worsen religious tensions.

The ban on so-called "burkini" swimsuits, at the height of the French Riviera's vacation season, comes as France remains on edge after deadly attacks by Islamic extremists in nearby Nice and at a Catholic church in the country's northwest.

Cannes Mayor David Lisnard issued an ordinance in late July forbidding beachwear that doesn't respect "good morals and secularism" and called the burkini "the uniform of extremist Islamism, not of the Muslim religion."

It notes that swimwear "manifesting religious affiliation in an ostentatious way, while France and its religious sites are currently the target of terrorist attacks, could create risks of trouble to public order."

The Cannes beach ban is just the latest of many French measures seen as singling out Islam, the country's second most popular religion, in the name of official secularism.

Last week, the mayor of a town outside Marseille banned a swimming day for women at a local park, citing a risk to public order because swimmers were required to cover up from chest to knee. The association Smile 13 organized the event for women, girls and boys, asking swimmers respect the Islamic notion of "awra," a reference to parts of the body to be hidden.

The mayor of a Corsican town has also banned the full-body burkini swimsuits after a clash between local residents and Muslim bathers of North African origin.

Mayor Ange-Pierre Vivoni said on France-Info radio Monday that the ban in his town of Sisco is aimed at calming religious tensions and protecting Muslims. At least four people were injured and three cars torched during a clash that reportedly started over the presence of women in burkinis, the Interior Ministry says.

France isn't alone in banning the burkini. According to the International Business Times, a mayor in Germany also banned the swimming garment from a local pool earlier this year.

Incidents involving the Muslims on the beach and pools in France and around the world aren't anything new. A French Muslim was denied entry to a swimming pool for wearing an Islamic-style full-body swimsuit in 2009. Officials said the head-to-toe burkini was unhygienic and harmful to other bathers, but the woman complained of religious discrimination. 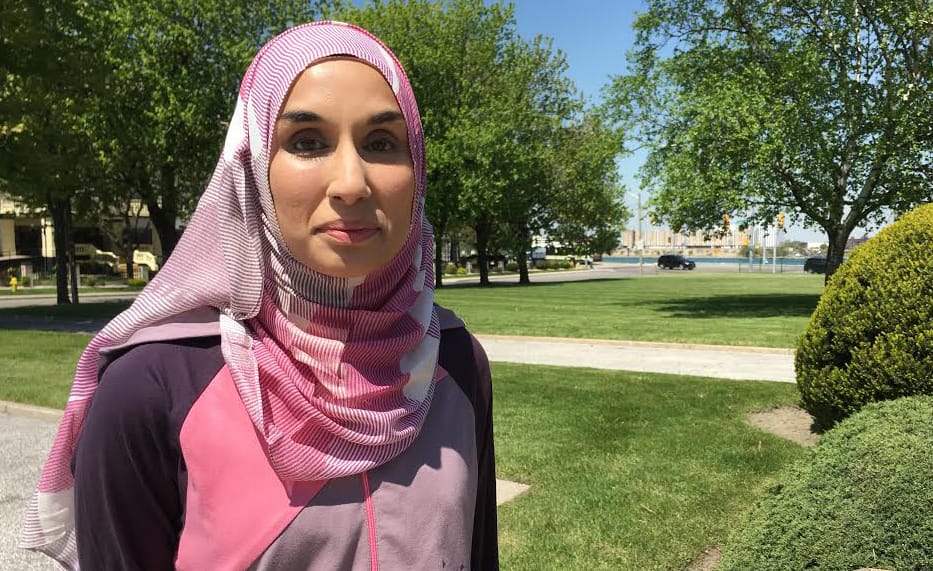 5 years agoVideo
2:32
Anila Nakrawala talks to CBC Windsor's Lisa Xing about the need for modest swimwear, including the burkini, in Canada. 2:32

Lebanese Australians were also attacked on Sydney's Cronulla Beach when mobs attempted to "reclaim the beach" in 2005. The riots, the country's worst of modern times, sparked a series of retaliatory attacks in which churches, shops and cars were trashed and left Australians of Middle Eastern appearance fearful of going to the beach.

Recently, the burkini regained attention during the 2016 Rio Olympics when Egypt's women's volleyball team played against Germany wearing burkinis. The burkini has been marketed as the first two-piece Muslim swimwear for women.